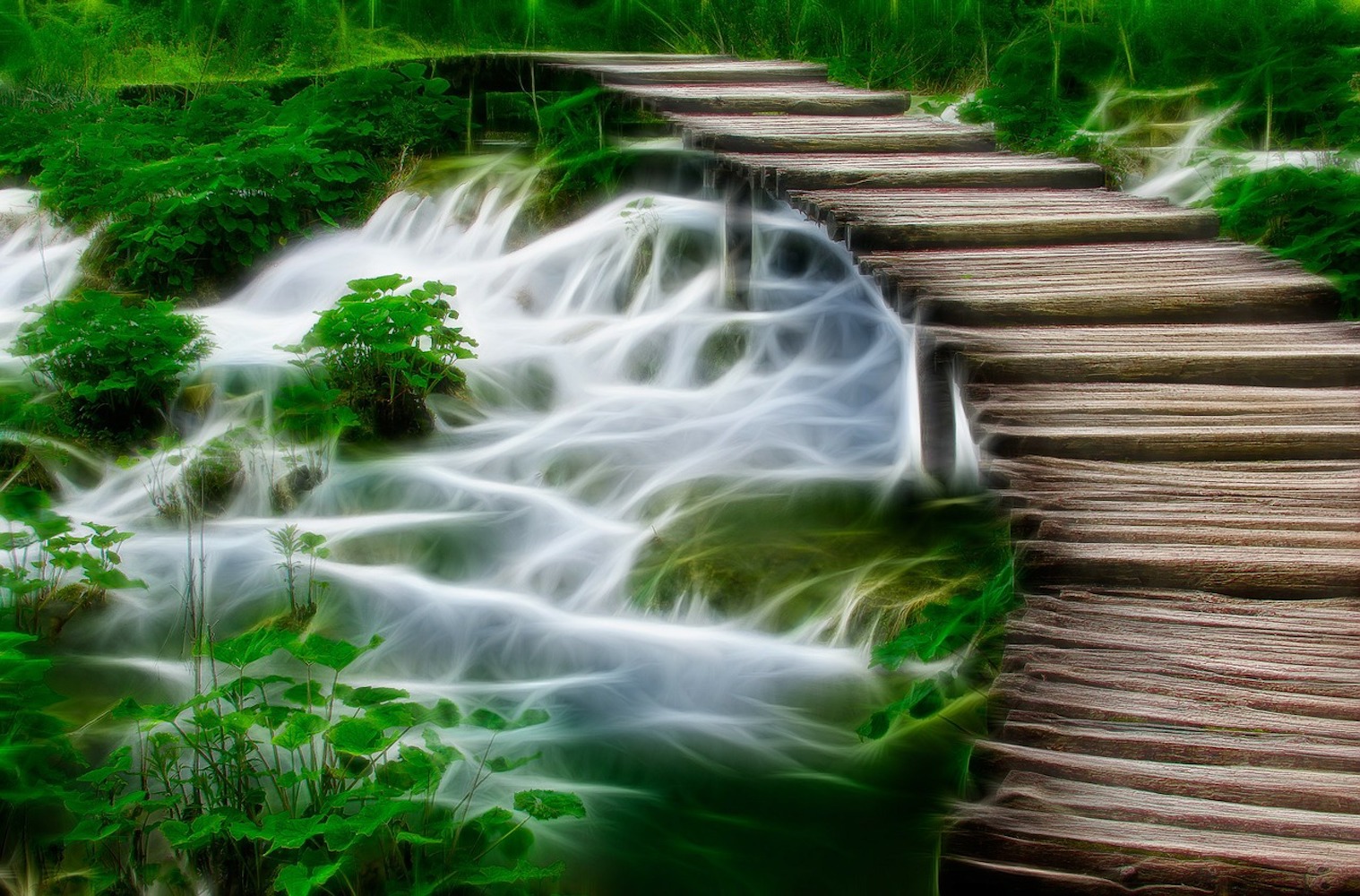 EE Magazine Editorial June 2021 – Are You Living Under, On, or As a Bridge to the Future?

Is your organization currently without all it needs to be fully functional? Or is it doing at least adequately well and expecting to continue that way? Or is it engaged in steps that have the potential to co-create a better future for everyone, but you can’t see more than one step ahead?

As Enlivening Edge looks out over the landscape of hundreds of other next-stage organizations and initiatives around the world, we see organizations in all three situations just mentioned. All three are natural.

Living Under the Bridge

Living On the Bridge

What would living “on the bridge” be like? Some organizations are doing quite nicely and are expecting to continue that way, barring any significant sudden internal or external challenges. Such an organization might choose to continue as is, using the maxim “If it ain’t broke don’t fix it.”

Alternatively, it might choose to build in more resilience to challenges or it might become motivated to significantly expand its vision or mission. In either of those two choices, again, relationships with others outside the organization would be key, whether those are suppliers, consultants, customers, even competitors who might become collaborators. But in all three cases, the bridge is pretty well established and clear when one steps onto it: the future is a reasonably predictable version of the present.

From our metaphor, it would mean stepping onto the end of the bridge that is “now,” by taking some actions that seem good now, with a clear sensing that there is some momentum toward some future, that something is emerging or could develop, but it’s not actually visible.

Starting to live as an emergent bridge often involves an identity shift and an increased sense of responsibility and accountability for modeling that emergence of an unknown future. At the same time, in times of uncertainty, this bridge provides a sense of reassurance about the future—not that the future will be ideal, but that we are co-creating it.

Now that much of the world is coming out of a very challenging time, and the future seems more uncertain than ever, it’s important to have something in the future to move toward. It seems important to always have a sense of being anchored as a bridge to the future, as distinguished from flailing around in the water and going nowhere, not sensing a path forward, not taking steps that will accumulate to move from the now to a “then.”

Those living under a bridge can step onto reaching out for help, follow through with all the related actions, and thus become living as a bridge. Those maintaining their status quo are living on a bridge, and it will probably get them to the other side, to most futures. Those improving the status quo—creating a new normal that is not a version of the old normal—can step onto a bridge not yet fully clear; their actions along the way to the future are not traveling on a known bridge; they are living as co-creators of the bridge they as they traverse it.

What Bridges are being lived into existence? 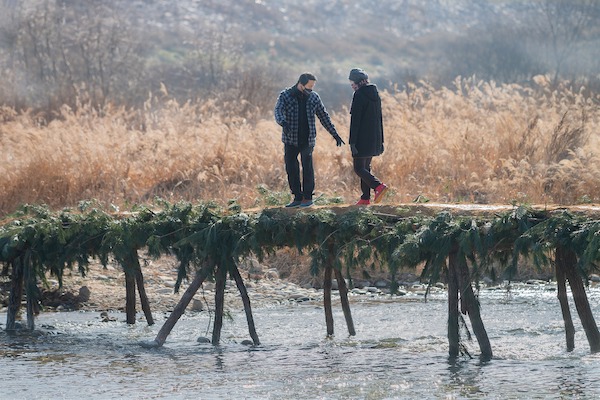 In the landscape of next-stage organizations, initiatives, projects, and movements, Enlivening Edge is seeing some rather exciting bridges forming. We are looking forward to co-creating some and watching them all form. By the end of this year, the other end of many of these bridges will be much clearer in the landscape, and still emerging into 2022.

To help you feel as inspired as we are, here are a few of the bridges to the future we are most excited about because they involve large-scale coalitions, collaborations, and synergies co-developing the third and fourth components of the next-stage-organization social ecosystem, as described in our December 2019 Editorial.

First example: Jussi Markula in Finland told me that he’s involved in the whole Teal movement in Finland and that some folks just completed translating Reinventing Organizations into Finnish. He said they were working on how to make the book more available in Finland and how to connect the Teal folks in Finland more with the rest of the world.

I suggested he talk with Thianne Martins in Brazil and Yuji Yamada in Japan. I knew through Enlivening Edge articles and conversations that Thianne knows most of what is going on in Brazil with respect to Teal, and knows how Brazilians spread awareness of the RO book when it was translated into Portuguese. I also knew that Yuji is in collaboration with other Teal pioneers in Japan, who created the Japanese translation of the book and set up book study groups around the country. Yuji also told me that Japan is looking to interface more with Teal-enthusiasts across the world. So I suggested Jussi contact him also, and I’ve suggested 3-way conversations to all three.

When the three of them get into conversations together, given their desire and momentum toward greater communication among the entire Teal movements in various countries, I am delightedly sensing all kinds of bridges being created, toward a more globally self-aware Teal community—learning from each other, perhaps beginning to co-create ways to synergize. I expect by the end of this year, the bridges will be available for everyone to notice and perhaps contribute to. These folks are serving as bridges on the scale where many folks from whole countries are building and traversing together. 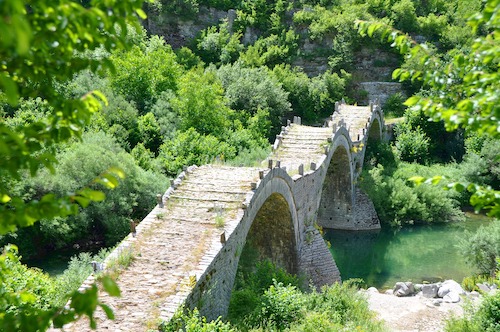 Here’s another example: There is an international team of writers creating a book based on interviews with presenters at the March 2021 Teal Around the World festival. There are so many possible uses of such a book! It can enable many folks to learn from others around the world, about implementing next-stage organizational innovations in various settings.

Some of these stories will probably end up as case studies in the Reinventing Organizations Wiki, as Catherine Garner of the Wiki is among the co-creators of the Teal Around the World endeavor. I am also, and some of the book chapters will end up as articles in Enlivening Edge Magazine. Likewise, some of the presenters in the book will end up as storytellers for Enlivening Edge’s Community Conversations. Those are just a very few of the bridges to the future we’ve envisioned from this book, and we can imagine even greater weaving together of the global Teal/next-stage community as a large bridge coming into form.

Two other examples, more briefly: The Teal Team and Enlivening Edge are considering that Enlivening Edge’s Calendar of events, workshops, and courses from and for next-stage organizations might potentially shift to being co-produced by two or more organizations. We are beginning to envision how the Calendar could become far more of a resource for far more people, if that bridge does get created by folks living as that bridge. The possibilities for weaving and synergies could extend that bridge even further.

Also, Teal Around the World started as a single global conference in 2019. Some of the folks involved built themselves as bridges to spin off regional “global meetups” held quarterly, and now teams have formed to deliver these in Europe, Asia-Australia, and the Americas (the latter hosted by The Teal Team so far.) It’s anticipated these will further evolve and alliances will be formed as communications increase in each region of the world.

How about you? Are you living as a bridge without realizing it? If you are co-creating something, taking one small step at a time, and sensing how it could grow and expand by the end of the year, you probably are. How satisfying is that!!!!! Comment on this Editorial and share what you are doing and where you think it might go.

Into the Frying Pan…