Holacracy – the self-managed organisational structure used by pioneering companies like Zappos and Medium – is set to grow beyond its initial ‘self-protective’ phase by making a major shift towards open source.

The developer of Holacracy Brian Robertson used a global webinar to announce coming shift to a ‘free culture’ Creative Commons open source licence for the Holacracy Constitution – which a growing number of organizations use to guide their self-managed ‘operating system’.

Others will now be able to create their own derivatives and use it for commercial gain – though the Creative Commons share-a-like licence means they must be released under the same licence, not made proprietary.

“It’s out there for the world”, Brian told the webinar – explaining how the first years of Holacracy’s growth had seen a ‘relationships stance’ to other methods which was ‘cautious, suspicious and stand-offish’.

This open source shift “moves this from one company’s thing to a much broader community and movement thing. People can now use this with confidence that this isn’t proprietarily controlled by one company,” he said.

“It’s just a maturing up of the whole industry and the whole movement around holacracy… we’re looking at how do we support this broader move to self-organised enterprises”.

This is “helping it connect into the world and do its work in the world on a much larger level and inviting others to impact it, influence it, integrate with it, connect with others and other movements.”

This heralds a deeper change in Holacracy’s purpose: “our purpose itself is evolving to something new and something ‘next’ for us”.

The Holacracy website explains: “we’re also shifting the focus of our consulting work from primarily implementing Holacracy in organizations to supporting those organizations leveraging it through business processes better aligned with Holacracy’s distributed authority paradigm. This is the next milestone to make Holacracy “stick”.“

Brian also used the webinar to announce that they will release a new version of Holacracy constitution anytime now that does away with the legalese – “like a bad laywer wrote it” – rather than wait for the major version 5.0 release in a few months to make the change.

“I’m a bit embarrassed…. at just how much unnecessary complexity there is in the language”, Brian explained.

“The legalese… is really, really high. It’s just not friendly, it’s not readable, it’s not easy to use. It’s painful and it makes it harder to understand the rules and to use the constitution as it was intended, which was as a reference.”

These improvements have seen the length of the Constitution cut by a third.

There has also been a move to reduce the amount of time people need to spend in Holacracy ‘Governance’ meetings, by allowing proposed changes to roles and responsibilities to be submitted outside of the meetings.

Brian also used the webinar to share – tantalisingly briefly – a draft ‘maturity map’ of how a wide range of organisational characteristics can evolve through stages to full embeddedness – a final version will be made public soon.

He stressed that all this is not ultimately about Holacracy itself but about what it enables self-managed organisations to achieve: “Looking at the companies people are building using this tool is really inspiring”.

Other coming developments include a major overhaul to the community of practice; a wiki; and a conference about Holacracy and self-organisation – ‘to bring together the broader community’. 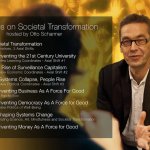 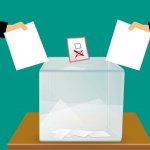 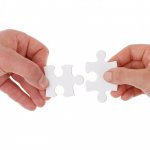 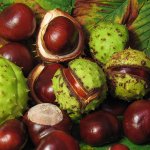 What Is Next? Transformative Communities of Practice 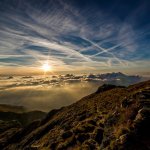