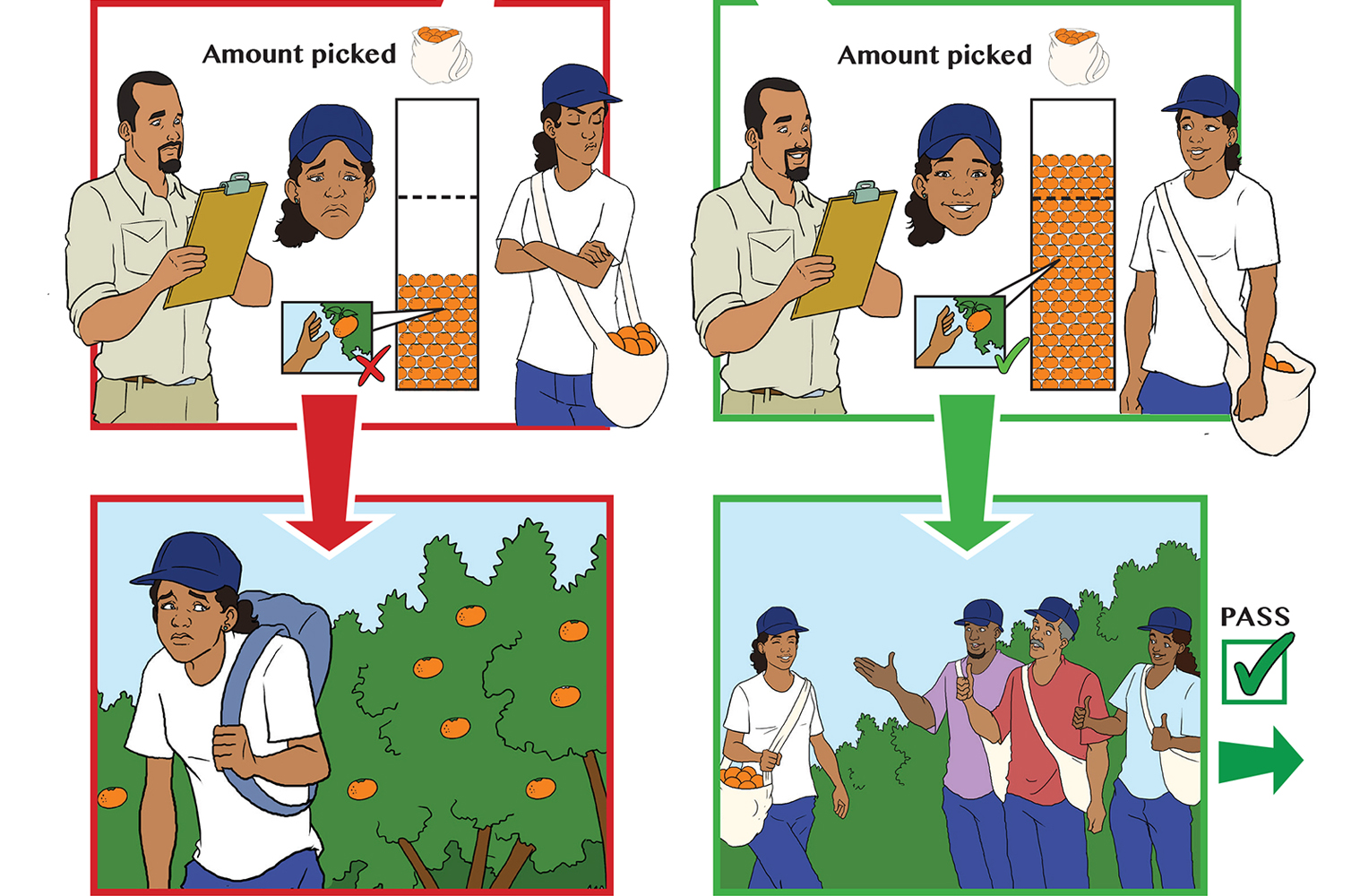 “Contract.” What images are conjured for you by the word?

For most people, a contract is a long written document with a lot of information no one understands. At least that was true for me in my early years as a lawyer and for most of my life as a consumer.

A common statistic thrown around the legal community and internet is that 90% of people don’t read a contract before they sign it.

As evidence of the truth of that, a few months ago a story made the rounds about 22,000 users who had agreed to clean toilets and pick up animal waste in exchange for Wi-Fi service, by accepting the provider’s Terms and Conditions. The Wi-Fi company’s blog post explains more.

Even after almost 30 years of being a lawyer, I still see long complex contracts that make no sense to me. I pity the parties who have to live with the results of signing  them.

My mother recently asked my help with a complex contract she had been asked to sign. It is a long-term contract, over 40 years. My mother is 78, so I suspect my children will end up being the ones left to deal with the contract’s terms, and I had an interest in getting it right. My mother’s broker and I agreed it was the worst contract we’d ever seen. The headings had no relationship to the subjects in the paragraphs, and I could as easily argue that the contract said “x” as that it said “not x” in the same paragraph.

I once talked to a lawyer who was proud of his ability to obscure his real intentions so that he could argue either side in case of future conflict. I imagine he would be very proud of this contract.

But we are stuck with that, aren’t we? Contracts have to be complex and complicated, don’t they? Not so fast.

In December, I attended a conference on Comic Book and Creative Contracts at Western Australia University in Perth. I was there to speak about the Integrative Law Movement and conscious approaches to contracts. (I have written about them in previous EE Magazine columns.) At the conference, I was able to test-drive a project I’ve been co-creating with Basque design thinker, artist, and peace activist, Alex Carrascosa. Alex and I have taken the lessons of creative approaches to contracts and our project is evolving toward a board game for co-creating the agreements that are memorialized in a contract. Believe it or not, our game shows that negotiating a contract can be fun and that everyone can play and understand it. In a two-hour workshop, I was able to teach the game and the conference participants were able to generate an agreement We are now experimenting with using the game as a tool for Teal (and Tealish) start-ups.

Also at the conference were many pioneers and creative problem-solvers, including South African commercial attorney Rob de Rooy. Rob created a model which he calls “Comic Contracts” as “a way for illiterate people to independently understand contracts, use that understanding to guide their behavior, and improve the relationships between contracting parties.”

(See http://lawyersaschangemakers.com/rob-de-rooy-comic-contracts/ for more about Rob and his work.) In 2016, Rob’s Comic Contracts won the prestigious Innovation Award given by the International Association of Contract and Commercial Management (IACCM.) In 2017, Comic Contracts were featured in Fortune Magazine.

Comic Contracts are generically called visual contracts, or sometimes comicbook contracts. I first learned about the use of visuals in contracts from Colorado lawyer, artist, and consultant, Susanne van der Meer. Susanne began offering visuals as part of contracts in the Netherlands more than fifteen years ago. Visual contracts are also connected to the work of preventative and proactive law approaches which were initiated by the late Professor Louis Brown and carried on by Professors Tom Barton (USA) and Helena Haapio (Finland), both of whom were at the conference.

I have known Rob for many years and have followed his work. I often talk about him and his Comic Contracts in my presentations. Most people find it amazing, which it is.

But even I was wide-eyed at another conference presentation.

John Maguire, formerly Chief Innovation Officer, now CEO, of Aurecon, was our speaker. Aurecon is an engineering firm employing over 7000 engineers, mostly in South Africa, Australia, and the Middle East. They work on big projects like major hospitals. John is interested in design innovation and sustainability.

Working with conference host, Professor Camilla Baasch Andersen, Aurecon has converted their employment contract into a comic book format. John shared about the process of converting the long, dry, fine print into a series of comics that were clear, handled the issues, and engaged the readers.

Visual contracts require a level of clarity and precision not required in long text-based contracts.

As they took the long and cumbersome contract apart, they became more and more aware of terms that did not fit their values or culture. They had to reverse-engineer the complex lawyer-focused agreement to get back to their true intentions and needs they wanted to address in the contract. What were they really wanting to accomplish? How would their contract reflect their workplace culture and values?

If a picture is worth a thousand words, as is often said, then what were the important words that needed to be in the contract and what were the images that could replace those words?

The decisions for the comic book contract were different from and more nuanced than the text-based ones. For example, as they honed the contract to its essential elements, they needed to figure out how to depict the employees. Would they use actual photographs? How would they honor diversity and differences among the people of the many countries where they work?  They decided to use robotic snowman-type images (expressive non-humans such as minions, trolls, and aliens) rather than human images in their contract.

I was delighted to hear that Aurecon’s employment contract evolved in the direction of their values.

This is where I see the work I’ve done in values-based contracts merging with Comic Contracts.

On one side, characters represent the company’s principles: Creating a Legacy; Being Playful with Serious Intent; Believe It, Say It, Do It; Make the Complex Simple; Be Humble; and Master Your Craft. As employees and applicants engage with the online contract process, they immediately see what the company stands for and how the company is living those principles.

The conference was attended by lawyers, professors, engineers, artists, enterprise leaders, and designers. At the end, we lawyers waited eagerly to hear from the recently retired Former Chief Justice of the Australian High Court, and current 15th Chancellor of the University of Western Australia, The Honorable Robert French AC. Holding our breaths a little, we waited as he gave an opinion with the familiar tone of a court ruling from the bench. The bottom line: in visual contracts as in text-based contracts, the final word is whether the agreement is understandable to the parties and the judge.

Social Innovation from the Inside Out