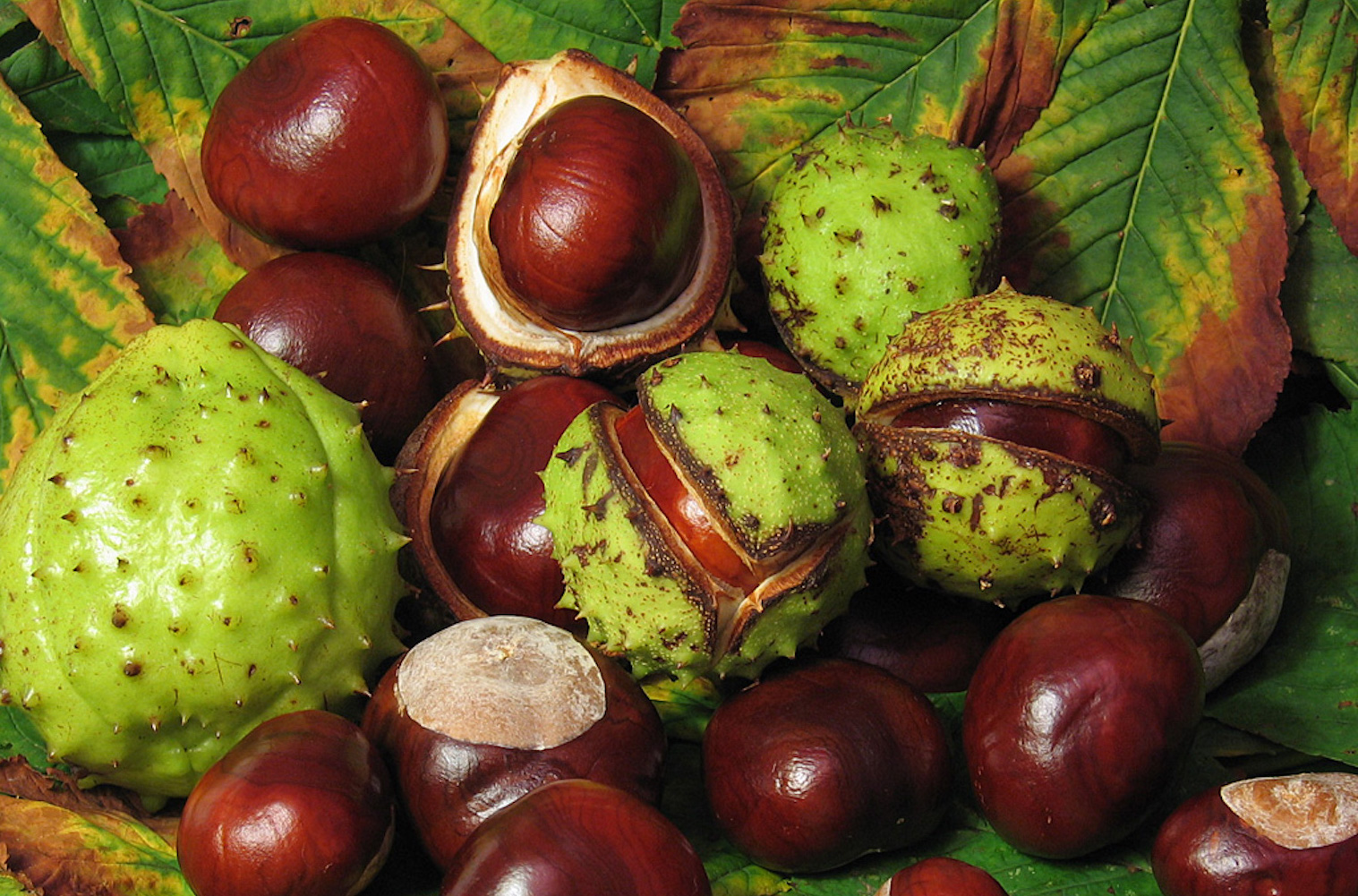 What Is Next? Transformative Communities of Practice

From kindergarten to school, to my informal circles of colleagues, spiritual seekers, or fellow hobbyists—throughout my life—I’ve always been participating in various kinds of communities of learners. Probably, you too. At every age, my communities were always comprised not only by a web of relationships, but also by a collection of intelligences. In the early 80s, along with my first forays into cyberspace and the then-unusual world of virtual communities, I became interested in how a collection of intelligences can become a collective intelligence, how a community of learners can become a community that learns. No wonder that a decade later, as soon as I read the phrase “communities of practice” mentioned first in public, in the company newsletter of Xerox, I trekked down from Santa Cruz, California, to Palo Alto, California, to meet the article’s author, Etienne Wenger. At the time, Etienne worked at the Institute for Research on Learning, as a member of the IRL’s “Research on Learning in the Workplace” team, doing ethnographic research at Xerox. Hardly did I realize that that meeting would give a new direction to my quest for collective intelligence, which was further spurred in 1987 by my interviews with Doug Engelbart.

My friendship with Etienne continued: after pioneering a new discipline called “knowledge ecology,” I organized in 1998 the Knowledge Ecology Fair, a month-long virtual event attended by 400 organizational professionals, and Etienne came to give one of the keynotes. The same year, when I created an online teaching platform that I called Knowledge Ecology University, Etienne visited with me in the Santa Cruz mountains, where I lived at that time. In just a couple of days, we co-designed KEU’s first and most successful online course that was our Introduction to Communities of Practice.

Now, a quarter of a century later, and after much research and advising of businesses, government agencies and NGOs about communities of practice, I am asking myself again: what is next for CoP? But first, this question.

What Is a CoP?

Last time I defined the term, it was this:

“Communities of practice are self-organizing and self-governing groups of people who share a passion for the common domain of what they do and strive to become better practitioners. They create value for their members and stakeholders through developing and spreading new knowledge, productive capabilities, and fostering innovation.” Liberating the Innovation Value of Communities of Practice

That and similar definitions have been working well for traditional organizations, but not so well for those working for a transition to “next-stage” organizations. “Practicing becoming better psychologists or carpenters isn’t what helps transform an organization or build a social movement to change a society,” as Alia Aurami wrote in a recent article in EE Magazine. The second “or” in that quote separates two different kinds of communities of practice (CoP).

The “next-stage” label is getting popular among organization reinventors, and EE has contributed its share to make it so. But what is the next stage? Next, compared to what? Compared to the “greed is good” capitalism and its command-and-control management paradigm, the Green (HumanBond) version of CoP is certainly a next stage. The classic CoP with its focus on knowledge development and management for the sake of businesses fixated on profit doesn’t meet the needs of the new stage of triple bottom line and “capitalism with a human face.”

To match the genuine need of people for belonging to a community of authentic relationships, where they can show up with their wholeness, more and more CoPs are emphasizing that aspect of the next stage, which is a big step forward. Most of the articles of this cycle of EE are chronicling and celebrating that step. A particularly touching example points beyond Green, to what can grow out from a communion of practitioners, as Tim Stanyon put it:  “To see a young trainee nurse, as I did, grow from a quiet, fearful, reluctant participant into someone leading a passionate discussion with senior doctors and senior managers, in the space of a few days of meeting, is to see the blooming of a human spirit, a spirit now able to speak their truth full-throated into the world and to have the world be a better place because of them doing so. THAT is the Community of Practice we would all surely want to be a part of.”

The gift of the Green altitude of consciousness is bringing the novelty of human-centered communities into history. Such communities can also serve as a catalyst of what might come after: the next “next-stage”.

Imagine what could happen if the vertical development of consciousness of all members to their highest potential became a focus of the collective identity in a new kind of community of practice.

What Is Transformative Community of Practice?

Their practice includes the pursuit of a shared learning agenda and the development and spreading of new knowledge and capabilities related to the domain of vertical development of themselves and their organizations.

They cherish and cultivate the web of mutually supportive (and challenging) relationships that form the basis of their community. Transformative Communities of Practice embody the same three dimensions (domain, community, practice) that a traditional CoP does, but at a new, higher turn of the spiral, due to vertical development being at their center.

The TCoP’s place on a higher turn on the evolutionary spiral is generated by the community members’ commitment to their and each other’s vertical development. source: THE FUTURE OF LEADERSHIP DEVELOPMENT, by STEVEN PHILLIPS

The primary characteristic of a TCoP is its focus on enabling vertical development.

You and I, as we grew from toddler to child to teenager and young adult, have inhabited gradually expanding worlds around and inside us. Not only that, but also, many of the precious toys, pastimes, and values, got replaced over time by things that we valued even more.

Did we lose the excitement, the adventure of discovering how reality is more than what we used to think it is? Some of us did, others didn’t. If you’re among those who are still hungry learners, explorers of ever-broader and more entangled segments of “what is,” then chances are that you enjoy the journey without end and are co-evolving with your talent to absorb more complexity.

Those are natural gifts of growing up, in the sense of what many call “vertical learning” or evolving through the broadening of our worldview.

“To grow up means to up-level your consciousness. Your level of consciousness is the set of implicit organizing principles forming your worldview. These ascending levels or structures of consciousness have been mapped by extensive cross-cultural research by leading ego-developmental scientists over the past fifty years.” — Wake Up, Grow Up and Show Up

Vertical or transformative learning doesn’t happen in isolation; it’s a collective endeavour that is facilitated best through participation in a TCoP.

“Transformative learning happens through an encounter with the other, creating a disorienting dilemma when the encounter does not fit into our existing meaning schemes. For these leaders, complexity is “the other;” and their need to engage in new ways, with new understanding, new language, and new actions presents a disorienting dilemma, as it is easier to rely on that which is known and comfortable. Organizations with their embedded power structures are not safe spaces for transformative learning.” — Leaning into Complexity: Supporting Leaders Through Transformative Learning

In the second part of this column, I invite you to start exploring with me how Transformative Communities of Practice can become an evolutionary force, and what we can do about it. 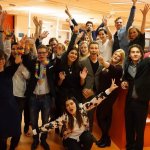 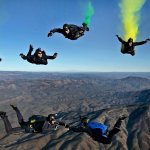 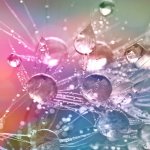 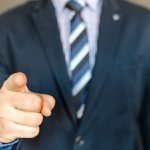 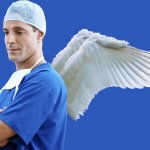