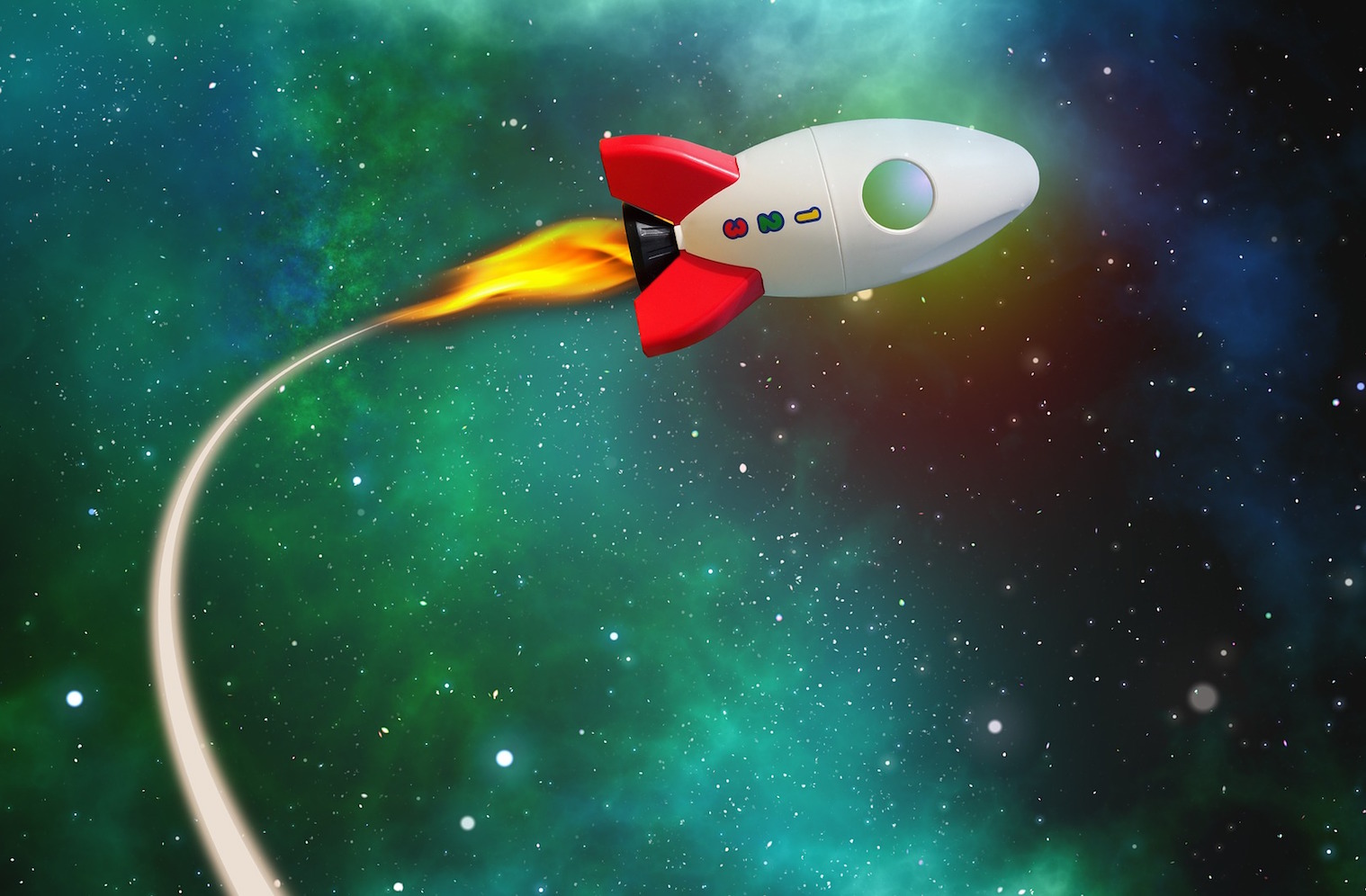 I became passionate about Communities of Practice when I read Anna Betz’s summary of Meg Wheatley saying exactly how they serve as a catalyst and phase of changing an entire society.

Why has the theme explored in EE Magazine articles recently been “Communities of Practice?” We invited articles on that focus because CoP’s can indeed serve as a rocket boost for transforming organizations and society into the next stage of being, relating, and doing. Increased attention to them can help to ignite that rocket.

Is that an extravagant claim?

How does a Community of Practice boost transformation?

Actually, not all kinds of CoP’s can be transformation-enhancing. (See Part 2 of this article series.) The key is the kind of CoP where people are practicing radically new, currently “fringe” ways of being, relating, conducting organizations and business, or other aspects of life. Practicing becoming better psychologists or carpenters isn’t what helps transform an organization or build a social movement to change a society.

It’s also especially important that this kind of Community of Practice of radical newness pay attention to its own processes; they will likely need to be reinvented beyond previous guidelines for making a CoP successful for those involved.

What is the special value of a CoP for transforming on the scale of organizations?

George Pór, in collaboration with Erik van Bekkum in their long valuable chapter in 2004, “Liberating the Innovation Value of Communities of Practice” (which I recommend you read entirely) wrote on page 8:

“…. We nourish life by cultivating valuable relationships, as well as by engaging in economic value creation and exchange. Communities of practice are the sweet spot of those two dimensions ….

“This aspect refers to the fact that communities of practice are free associations of people who chose to improve their crafts together. As they do so, they develop new productive capabilities, individual and collective, which are sources of value creation in knowledge-based economies.

2. ‘A group of self-governing people whose practice is aligned with strategic imperatives and are challenged to create shareholder value by generating knowledge and increasing capabilities.’ — Hubert Saint-Onge “This definition stresses an equally important aspect of CoP in business context, its alignment with the strategic objectives of the organization of which they are a part.

“In best case, a CoP is characterized by both definitions, the one that emphasizes community and passion, and the other focused on shareholdervalue and accountability. ….

“Building on Wenger’s and Saint-Onge’s definition, we proffer:

“Communities of practice are self-organizing and self-governing groups of people who share a passion for the common domain of what they do and strive to become better practitioners. They create value for their members and stakeholders through developing and spreading new knowledge, productive capabilities, and fostering innovation.”

What is the special value of Communities of Practice for turbocharging change in an entire society?

“What is a ‘social movement,’ in light of Meg Wheatley’s three stages [of changing a whole society]? ‘There is no single consensus definition of a social movement. Mario Diani argues that nearly all definitions share three criteria: “a network of informal interactions between a plurality of individuals, groups and/or organizations, engaged in a political or cultural conflict, on the basis of a shared collective identity”.’ https://en.wikipedia.org/wiki/Social_movement”

Anna continues: “The structure of a social movement emerges from within networks, from the interplay among all parts through meaningful conversations and interactions. Social movements can be plain protest movements, such as Black Lives Matter, or they can organize themselves in communities of practice, (under any other label for CoP), which over time may mature into systems of influence ….

“Unless a social movement as a network develops into communities of practice it cannot become a system of influence. Communities of practice are of vital importance because through them, people grow the necessary capabilities and structures that enable a new system to emerge—not as a social movement taking over institutions by force, but by growing into a System of Influence and thus becoming the new mainstream, making old structures obsolete.”

So it’s about radical change boosted by “courageous communities.” That’s the context for this sequence of transformative influences and communities:

In her article, Anna Betz describes the sequence this way. (Words in italics, and images, are her quotations from the linked article by Meg Wheatley.)

“I heard Meg once say: ‘It is not about a critical mass but critical connections’.

“Sitting in the audience, I felt as if I had suddenly been struck by lightning. This essential insight stayed with me ever since.

“In her essay on the Life Cycle of Emergence Meg describes some of the enabling conditions for weaving together existing groups and projects. She describes Emergence as the way life creates radical change and takes things to scale.

“1st stage: Meg talks about ‘the 1st stage in the life-cycle of emergence being coalitions, alliances, and networks. People move in and out of them based on how much they personally benefit from participating.’

“2nd stage: The second stage of emergence is the development of communities of practice (CoP’s). ‘Many such smaller, individuated communities can spring from a robust network. CoP’s are also self-organized. People share a common domain of life or work and realize there is great benefit to being in relationship. They are communities, which means that people make a commitment to be there for each other; they participate not only for their own needs, but to serve the needs of others.

‘In a community of practice, the focus extends beyond the needs of the group.  There is an intentional commitment to advance the field of practice, and to share those discoveries with a wider audience. They make their resources and knowledge available to anyone , especially those doing related work.

‘The speed with which people learn and grow in a community of practice is noteworthy. Good ideas move rapidly amongst members. New knowledge and practices are implemented quickly. The speed at which knowledge development and exchange happens is crucial, because local regions and the world need this knowledge and wisdom now.’”

While Anna didn’t identify this, I would add in here an intermediate next stage called “self-aware eco-systems.” Networks, organizations, communities of practice, learning communities, initiatives, projects, groups, coalitions, and alliances become aware they form a social eco-system of groups expressing radically new ways of being, doing, and relating. When those kinds of components become aware of each other, perhaps through shared communication such as EE Magazine, the connection-based synergy from their increased collective intelligence, combined empowerment, and their increased efficient use of resources, is a rocket-boost for their effectiveness in becoming “systems of influence” on increasingly wider scales.

‘The third stage in emergence can never be predicted. It is the sudden appearance of a system that has real power and influence. Pioneering efforts that hovered at the periphery suddenly become the norm. The practices developed by courageous communities become the accepted standard.

‘People no longer hesitate about adopting these approaches and methods and they learn them easily. Policy and funding debates now include the perspectives and experiences of these pioneers. They become leaders in the field and are acknowledged as the wisdom keepers for their particular issue. And critics who said it could never be done suddenly become chief supporters (often saying they knew it all along.)

‘On their way to become a system of influence, a real force capable to cause the much needed change in our health and social care, the various groups, projects, and organisations need each other to develop their collective sensing into what the new reality of caring and healing could be.’”

What can you do to create organizational and societal change via a Community of Practice?

Some suggestions are provided by many of EE magazine’s articles on the topic (or tagged with the term. From there you can branch out.)

Read anything you can learn from.

Find like-minded others, and begin something together. Just begin.

Here’s an example of a beginning from Susan Basterfield who called for a Teal-oriented professional learning/practice community on a global scale.

Alia Aurami: This article emerged from my passion for optimizing the chances of success of transformative changes, especially using the power of shared consciousness, including collective intelligence and wisdom, which are so well-embodied through Communities of Practice. It helps that I am a Partner in Enlivening Edge itself as a community of practice.

Committing to Your Evolutionary Purpose and Values (Really)

Reinventing Organizations: Insights from Laloux for the Journey