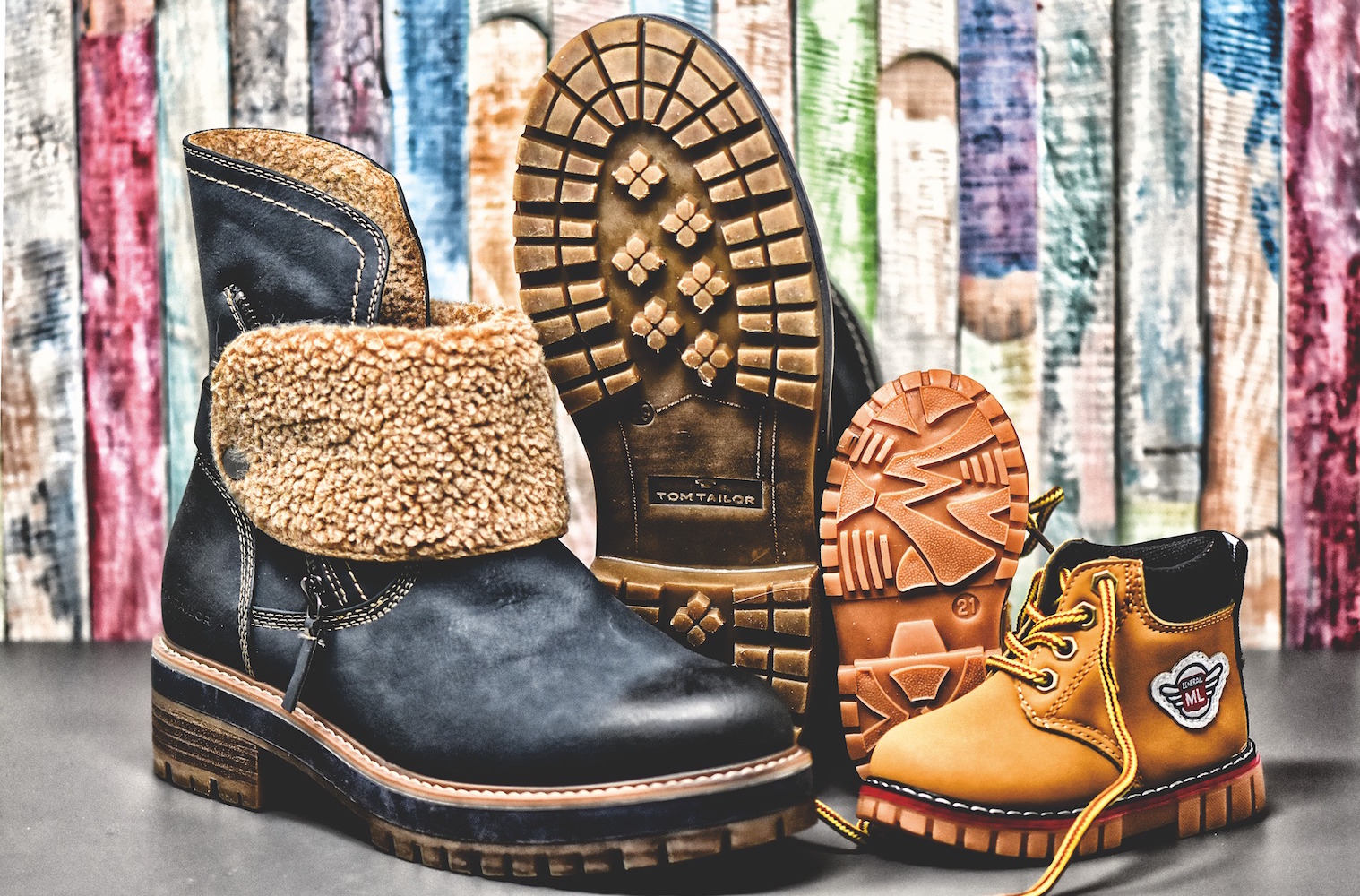 Why is “Going Teal” So Painful So Often?

Why are organizations that try to reinvent themselves so often reporting that “the effort failed,” “Holacracy failed,” “self-management failed,” so they go back to the way they were operating, licking their wounds?

Come with me on this guided tour of the landscape of organizations “going Teal.” Put on these special glasses that enable you to see things you wouldn’t ordinarily see, like infrared glasses reveal heat to the eyes. These special glasses have Spiral Dynamics-Integral lenses, and they enable you to see, in the landscape, the developmental stages of consciousness related to people and organizations.

You’ll discover things that could reduce your pain. You might experience breakthroughs and find solutions in getting to what you are passionately trying to create in your organization.

The Landscape Littered with Painful Failures All over the world, people are becoming discontented with the way work is done together, with their organizations and businesses. Many initiatives have been invented to try better ways. In that context, Frederic Laloux researched and published his book Reinventing Organizations: A Guide to Creating Organizations Inspired by the Next Stage of Human Consciousness.

It landed in the world like a burning match on dry leaves, because so many people lit up when they read about Teal organizational breakthroughs, saying “Oh my gosh, he’s talking about what I want, or how I’ve actually been functioning. But I thought I was alone.”

People blamed the Teal structures, processes, and procedures they were trying to implement.

They were completely puzzled, because they didn’t realize they themselves were “ready” for Teal, but others around them were simply “younger” in the development of their consciousness, so were resistant to or incapable of what these enthusiastic “Go-Tealers” tried to get them on board with.

So that’s the landscape. What does it look like through the lenses that show the developmental stages of consciousness, which we can “see” in the Spiral Dynamics-Integral “colors” of Orange stage, Green stage, and Teal stage that Laloux used in his descriptions.

The Ideal of Teal Organization—in the Context of Maturation In the Teal stage of consciousness, people form and run organizations when they all want to express some big purpose in the world by working together, some purpose that actually moves the world along toward being better: an Evolutionary Purpose.

And they do this showing up in their Wholeness, and they relate and get the work done in various kinds of Self-Management or Self-Organizing. [which are not really identical, but that’s another story.] So they develop new structures, processes, and procedures of work that are quite different from the old ones.

But these structures, processes, and procedures, that are natural in the Teal stage of consciousness, flow from aspects of the humans involved that are their entire worldview, not just the ways they organize. The 3 breakthroughs of Teal organizations emerge from the context of people moving into that stage as people—and cannot successfully be done separated from that larger context.

Developmentally, each stage has its natural limits. After people learn all they can from living in that stage for awhile, they bump up against the limits, get frustrated, look for something better, discover new ways to be, live, and organize, and their consciousness gradually moves into the next stage.

Let’s zoom in and see how this is relevant to this landscape.

Limits and Learnings: Blue to Orange to Green In the predominant kind of organization in the Western World, reflecting the Orange stage of consciousness, people are relieved from the limits of Blue, and revel in discovering and exercising their own autonomy and empowerment, for their own goals, and not having to (in Blue) live by the rules of some outside authority.

But eventually they get tired of the status games, the power-over manipulations and dominations, the emotional dryness of it all, the never-content constant seeking for “more,” the using of people as objects/stepping stones. They move into explorations of ways of living that have been labelled “Green.”

Spending the time in healthy Green, and learning what there is to learn, people explore concerns like these:

Those are just some of the capacities, perspectives, and skills that people who are maturing into and through the Green consciousness stage, are focused on developing. These are not concerns in Orange—and not in Teal either, because healthy Teal already has developed them, and uses them all consistently, automatically, as part of Teal being and doing.

Limits and Learnings that Motivate Green into Teal But while immersed in those maturational tasks, Green is also blind to natural hierarchies, because so allergic to the all-too-c0mmon dominator hierarchies. Therefore Green often can’t or won’t prioritize or rank the value/relevance of things to a goal.

Insistence on equality means that a ballet slipper and a hammer must at all times in all circumstances be regarded as equal. Teal consciousness realizes that building a house with a ballet slipper in my hand, or dancing with a hammer strapped to my feet, won’t accomplish those purposes. One is “better” than the other in the context of a purpose.

Green consciousness bumps up against other limits also: the endless immersion and focus on relationships is time-consuming and interferes with Getting Things Done. Some folks as they mature through Green begin to notice that Green’s embrace of care and concern, while wider than Orange’s, doesn’t include being tolerant of intolerant people, for example. Some other inconsistencies become evident, and frustrating.

So we can begin, on our tour, to see through our special lenses three main capacities that begin to come online in moving into Teal consciousness, being motivated by frustrations from the limits of Green, after learning what there is to learn from Green’s concerns.

What capacities does Teal consciousness gain? Here are some of the most relevant capacities:

First, things can be prioritized and ranked for purpose. Purpose becomes the guiding principle, rather than quality of relationships. But not in a power/dominator-hierarchy, emotionally-sterile Orange way; quality of relationships is built in, is part of the process. Hence, the Teal breakthough of showing up in work in our Wholeness.

Second, Teal thinks systemically beyond (not instead of) relationally. The web of relationships is seen from a more complex perspective as parts and wholes that fit together for the purpose at hand. Layers of causes and effects, interactions and “complex adaptive systemic” constant co-evolutions become evident as Teal learns about them, and learns to work with and within them.

Third, Teal goes far beyond embracing and respecting diversity. Teal has such deep knowledge of people, and such capacity for systemic design, that Teal can design organizational systems that actually see the value that any “diverse” view, opinion, or person could contribute to the Purpose, and

can design the system to capture that value for expressing the Purpose in the world, while also helping the person feel valued, able to show up in the wholeness of who they are.

That design requires accepting that there are natural hierarchies of relevance to the Purpose, hierarchies for example of skills, knowledge, and motivation. Without the respect for and indeed harnessing and allowing such natural hierarchies, the systems and processes of self-management that require distributed, emergent situational leadership won’t work. (Of course they don’t work in Orange either, for obviously different reasons.) Without those Teal capacities of consciousness, we can see, through these lenses, why placing people with predominantly Orange consciousness into Teal structures, processes, and procedures, is a recipe for pain, suffering, and “failure.”

But neither the people nor the system is failing. It’s simply a mismatch, most commonly based on trying to function as Teal without Green skills and wisdom.

What has this little tour evoked that is going to be helpful to you in your situation? Please comment and share.