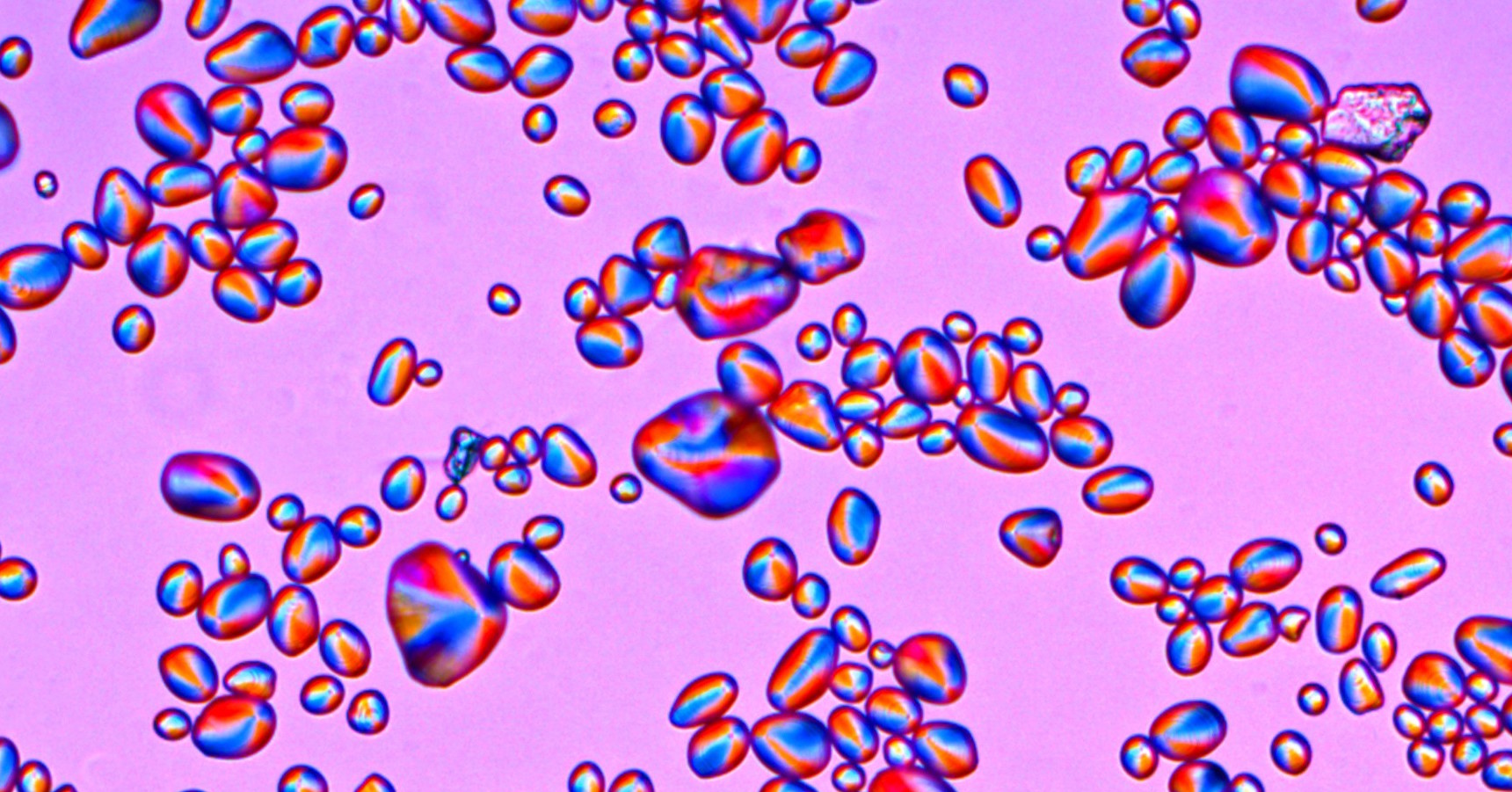 5 Reasons to Build a Network of Small Groups, Rather than a Mass Movement of Individuals

By Richard D. Bartlett and originally published in enspiral-tales on medium.com on April 16, 2017

We’re [Enspiral] currently touring through the US, meeting with activists: from urban neighbourhood organisers, to black bloc anarchists, back-to-the-land communalists, and progressive mega-campaigners.

So much of the lefty US political discourse is focussed on a huge scale. Environmentalists want to save the planet. Progressives want to mobilise millions of people on the #OneTrueHashtag. In preparation for this trip, one of my first meetings was with an organisation who are doing great work locally, but they’re freaking out about how they can possibly expand their efforts to encompass a national scale. My advice: don’t waste time growing a nationwide bureaucracy, just stick to what’s working, and publish everything so folks can copy you.

I know Americans are going to keep building huge movements, but for what its worth, I wanted to share my reasoning for focussing on the tiny scale. This is a snapshot of my current thinking — my intention is to come back in a few months and learn how wrong I was, rather than to convince you that I’m right.

An increasing mass of people agree that long term human survival depends on us replacing the status quo with a fundamentally different set of behaviours and structures.

I believe the root of that challenge is essentially cultural, and the best place to grow culture is in small groups. And until we’ve got a critical mass of activists who are embedded in a new way of thinking, relating and communicating, any mass movement is going to replicate the errors of the past.

So here goes… 5 reasons to focus on the small groups.

I was raised a boy in a patriarchy. Before I could even speak, I was learning epically stupid lessons about gender. Some of them are pretty harmless like boys don’t wear nail polish. But most of them were toxic like men don’t show vulnerability, and it’s not important to listen to women.

I was also raised White, working class, straight, cisgender, Protestant, monogamous, right-handed, English-speaking, neuro-typical, able-bodied, and carnivorous. Each of these different dimensions formed a multi-faceted container that I grew into: they all left an impression. Some of those impressions were pretty harmless, but a lot of them result in profoundly shitty behaviour.

For a long time, I went through life expressing my shitty behaviour and having shitty relationships as a result. It was only once I found small, committed groups to work in, that I learned to unpick the patriarchy from my masculinity.

One example: in Loomio, we made an explicit agreement that all the work should be shared fairly, nobody should be forced to do stuff they don’t want to, and everyone’s contributions should be acknowledged. It was only after we made that agreement that I slowly started to notice a whole class of work that I didn’t even know existed: emotional labour. In the same way, I was trained to not look for toys in the pink section of the toy store, I was trained to not see the work of caring, supporting, soothing, adapting, preparing, inviting, gathering, and cleaning up after. I only learned about this labour because the feminist men and women in our co-op drew my attention to it, and taught me how to do my fair share. Now we have structures that systematically distribute emotional work around the team.

So if you’re organising with people raised within oppressive structures: do you think you can design protocols of interaction that bring people out of their old toxic habits?

Reason 2: A Place to Practice Tolerance

A lot of lefty folk love to talk about tolerance, but frankly, most of us are pretty crap at doing it.

I was at a co-op last week where someone corrected me for saying “illegal immigrant” when I meant “undocumented worker”, but then literally in the next sentence dismissed all Trump supporters as “crazy”.

I agree, “illegal” is a dumb thing to call people, but so is “crazy” — the point is, most of us say dumb stuff all the time! If you’re highly educated and sufficiently careful, you can learn how to purify your vocabulary, but that is no guarantee that you’re not a jerk. We need to learn how to work together, even before we are fully sanctified.

When you work in a small, committed group, you have an opportunity to prove to each other that you’re all fairly decent human beings, all trying your hardest, all willing to get better educated and to be more considerate with your language… and still occasionally say a stupid thing that hurts people.

At Enspiral we’re seeing these little “livelihood pods” emerge, like this one, this one, this one, and this one. Each is a group of 3–5 freelancers who could make a precarious living on their own, but have decided they’d be better off working together. Members of each pod pledge to share some fraction of their income to smooth out the peaks and troughs of the gig economy.

In my experience, when you are forced to collaborate to meet your material needs, you get much better at tolerating difference. You quickly learn to distinguish “let’s agree to disagree” from “if this proposal passes I have to leave the group”. This is a skill I never learned anywhere outside of small, committed groups.

I believe that one of the side effects of individualism (by which I mean, the systematic training that individual effort delivers individual returns, and that all your needs can be met by impersonal transactions) is that we’re all pretty crappy at dealing with difference. If we’re not bound to each other in some way, why should I care if we disagree? There’s no incentive to learn from difference when you can always go out and make another choice.

So if you’re organising with people who are not all exactly the same, maybe it would be useful to ask: how can we increase our capacity for difference?

Reason 3: A Place for Amateur Therapy

I believe we can structure our working relationships to provide healing.

I think we’re all traumatised, just by being born to imperfect parents in an imperfect society. Then many more traumas and setbacks are layered on top of us, depending on how lucky you were in the genetic lottery.

So I’ve come to the conclusion that everyone needs therapy, basically. Some of us are lucky enough to get professional treatment from someone who suits us, but most of us won’t.

I have a pretty shallow understanding of therapy: I think it is some combo of intimate dialogue with a trusted partner, regular recurring reflection, asking, ‘how does that make you feel?’, listening to the answer with unconditional positive regard, looking people in the eyes, nodding, and saying things like ‘mmm… mmm… I hear you.’

Maybe there’s more to it than that, but the point is, it’s a game for two or more players. So some of us pay for a professional therapist, or expect a lover or close friend to do it. Personally, I’d like all my relationships to be therapeutic, including my working relationships.

So one focus of my work with Loomio and Enspiral is to design therapeutic organisational structures. This healing happens in 1-to-1 relationships, and in big transformative events like festivals and retreats, but for sustained, reliable, ongoing treatment, I’m a huge fan of the small group.

I’ve observed that when people find a small group of people to commit too, they can grow enough trust and intimacy to become amateur co-therapists. We practice talking about our feelings in just about every group meeting. We learn from each other’s experiences. We remind each other to be careful with ourselves and with others. In our little groups we practice showing up, messing up, forgiving each other and going on together.

So if you’re organising with traumatised people, maybe it would be interesting to ask: how can you structure the work to be therapeutic?

It is much easier to demand ethical behaviour from institutions, than it is to demonstrate it in our own organisations.

We’ve spent the last 5 years at Loomio proving that it is possible to manage a small software company without a hierarchy. I know our context is unique: we are an ultra-privileged little tiny bubble in the South Pacific. But by sharing our methods, we are adding credibility to the claim that it is possible to coordinate people without using coercion. I’m proud to say that more than 50,000 people have read our co-op handbook in the past 6 months — that’s maybe not “proof” on its own, but a good contribution to a growing body of work that demonstrates that the commons doesn’t always have to be tragic.

Enspiral is composed of co-ops like Loomio, and other livelihood pods learning how to organise non-hierarchically at a tiny scale. But we also are learning how to connect the small groups together and grow our self-governance practices to accommodate the next order of magnitude. We’re currently about 250 people, with a pretty robust, highly adaptive, increasingly distributed system for sharing ownership throughout the network (read about it here). With the trans-regional experiments currently underway, it’s reasonable to imagine we’ll expand this pool to include thousands of people over the next year or two. And many of us have an appetite for much bigger scale, like the Scuttlebutt crew, who are quite seriously building a social network for the Galactic Council.

So if you’re organising to end oppression, how can you demonstrate equality and respect in the way you work together?

Reason 5: A Place to Prepare for the Worst

Maybe our experiments in decentralised leadership, commons management, and self-governance are too little too late. Maybe we won’t stop the mega-deaths of WWIII or climate catastrophe. I know plenty of clear-thinking people who expect to out-live this current iteration of civilisation. From time to time I ask myself, if we’re approaching Apocalypse, what it is the best use of my time? I keep coming back to the same answer: learn how to work together, and learn how to grow commons. Maybe I’m delusional, but I gotta tell you, it feels pretty good to try. And while we’re on this tour of US activist spaces, I want to test the hypothesis that it feels good for other folks too.