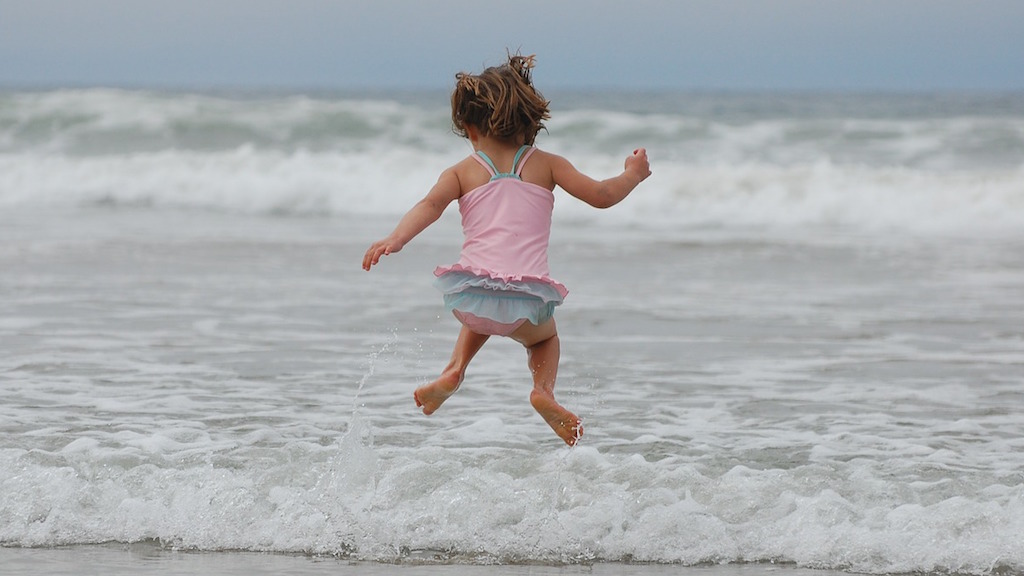 Commas to Cosmos – An interview with Alia Aurami

Alia Aurami’s tireless devotion to Enlivening Edge inspires me, as does her gentle way of helping our authors amplify the quality of their writing. She has been with EE almost since the beginning, energizing many roles, and her fingerprints can be spotted in every nook and cranny of our organization. I was curious about her story, so I decided to ask her.

What drew you to Enlivening Edge Magazine, Alia? The short answer is, George sends me an e-mail saying, “I’m starting a newsletter.” And I say, “I’ve been doing newsletters for 59 years so maybe I could help you.” I didn’t know what it was about. I didn’t even know about the connection with Reinventing Organizations. And he says, “Sure.” So I wandered into this baby startup, looked around for what needed to be done, and made myself useful!

Wow, that’s a lot of chutzpah. What’s the back story?

When I encountered Spiral Dynamics and Integral Theory in 2006, I got really involved in that sub-culture. And I ended up in an online community conversations group with George. That was in 2012. We just had the kind of resonance that you have with some people. We felt we had work to do together; we just couldn’t discover what it was. I helped him with co-writing or editing some of his articles and presentations, and we thought about creating various things. But nothing big materialized.

Then in July of 2015, George sent me that e-mail about the “newsletter,” and invited me into the online working space. I pretty much had a blank check, which suited me just fine. I love startups. I love running around designing systems and improving things. Poking my nose around.

There were things that needed to be systematized, to be done, to be contemplated. I’ve always enjoyed situations where I could use all of my talents. And in EE I can be the writing editor; I can be the communications systems designer; I can be the workflow and relationship improver. I can be spiritual-dimensions opener. And I can be co-creator since I work best in a team. So I am a really “happy camper.”

I’d like to hear more about your resonance with George.

When I first encountered the notion of “we-space” as a formal area of inquiry and practice, I knew that was the best focus for my life. The capacity for higher-consciousness we-space seems to be cutting-edge for humanity and thus the place where I can best put my efforts as a minister, because my life is my ministry. And George has a very similar focus of his life mission; that’s a deep part of our resonance. But he’s been doing it a lot longer.

For about 30 years, George has been seeding the world with all kinds of writings, groups, and networks. These are aimed at fostering what he calls humanity’s “collective sentience,” which I view as the same as our capacity for “higher we-space” living. He has focused on working at a maximum scale. And I felt it was part of my purpose to work at much larger scales than I had been. So one of my greatest joys is that I am now working at many scales and fractals–which includes what we are doing inside EE, and rippling out from there.

One of the principles of increasing humanity’s capacity to function in shared or higher we-space consciousness is what George calls making a social ecosystem visible to itself. If a million people want the same social change and they don’t know about each other, not much is going to happen. But if you offer them “a collective sensing organ,” a vehicle for sharing and discovering what each other is doing, and for increasing synergy and cooperation, then the movement has switched to rocket fuel. Ghandi said this as “Every movement needs a newspaper.”  When I encountered that idea in George’s writing, I jumped up and down and said a big “Yes, yes, yes!” Then I jumped into EE with both feet and have been willing to do what needs to be done, even if some of it is difficult, or unpleasant, or unexciting. My awareness of the larger context and purpose makes it all profoundly joyful.

George chose to focus his work toward “collective sentience” on the re-inventing movement or ecosystem of next-stage organizations. In my view, it is a step toward the ultimate goal of living in shared consciousness—a step many folks seem prepared to engage in. George has focused on that ecosystem since Laloux’s book illumined it. EE’s job, especially the magazine project, is to set up lines of communication within it, to provide a hub or nexus where people can share information, read, discover, and learn. A movement-booster.

And of course, the “newsletter” became a magazine, and then became part of a collection of EE projects, all of which have the same ultimate evolutionary purpose, just expressed in a variety of ways, far beyond the small beginning!

What do you actually do, and how do you do it?

I’ll answer with respect to my role as Writing Quality Amplifier. George is out there in the ecosystem constantly, engaged in networking and projects beyond Enlivening Edge. He encounters articles he wants to republish, and invites people to contribute original articles. I work directly with the writers and authors. I’m not just fixing grammar and correcting commas; I help them shape their thoughts for the greatest impact. Sometimes I ask questions they hadn’t thought to answer.

So my aim is not just quality writing, but also the potency, effectiveness, and power of the writing, along with the momentum it creates. And always in the background of my awareness, it’s about the meaning of this movement for the evolution of human consciousness.

Because I’m a grammar geek and an editor, a lot of people think of me as a details person, and that hurts me. I am primarily a visionary, a big-scale person. So, I have a wide a spectrum of concerns, from commas to Cosmos. In-between all that, there’s a lot of caring. If I had to sacrifice the quality of writing to support the writer, I would do it in a minute. I frequently get thanked for supporting a writer’s self-confidence.

Let’s come back to writing quality. What would you like to see writers do better? How about using a developmental perspective to organize your thoughts?

From a Blue/Amber perspective, I’d like writers to read and abide by our Writer’s Guidelines. Some authors say they have read them, but I wouldn’t be able to tell.

Coming from Orange, I’d like them to feel that their little experiment is worth talking about and that they don’t need to be professional writers. I’d like them to include links, to name names, to talk about actual programs they are developing and the places they are working in. I’d like them to sound a note of progress and improvability, along with honesty about the challenges and what didn’t work.

From a Green perspective, we focus on feelings and group process. Then we write personal, emotional accounts of our journey with respect to our organizations or ourselves. For example, we write about self-management from a very personal, emotional side, from our wholeness. The Teal principle of wholeness is founded in Green.

I also wish that many of our authors would be more mindful that the reader is a busy person and inclined to read things that are interesting. So for example, I often have to rearrange written pieces to put the more engaging parts first.

And from a Teal perspective?

I would like our writers to contemplate who has the most interest, who stands to benefit most, who will understand what they are staying and who won’t—and to speak accordingly. We tend to be subjective and think everybody knows what we know. As one small example, I often have to tell the Brits to spell out NHS, as the rest of the world doesn’t know what it means.

What are your hopes and wishes?

I wish I had more time and energy to follow-up with writers, say a month or two later, and ask about the results of their article. That’s one of my biggest frustrations. I also wish I had the bandwidth to network more and engage in conversations in article comments. I often encourage writers to make the first comment on their articles, to get the conversation started.

I’d also love to see even more authors sending us news and articles. Even more voices sharing with others in the ecosystem. Even more people turning around and sharing what we’ve made available. Reading our stuff is not the only way we help the ecosystem see itself. One of my great satisfactions is seeing our readers republish our articles, or tweeting about them, or telling people about our website.

My fondest hope and wish is for more folks to join our magazine’s team. We sure could do more, with more folks. Besides, being on the team is so deeply satisfying, and I hear it’s the same for others.

I notice that EE has morphed into quite the Teal-inspired enterprise in less than two years. Please say more about its evolution.

While EE may have started as a newsletter, it now consists of an extremely rapidly growing number of projects, because we are attracting people who want to help express our Purpose, but each by their own unique talents. The magazine is only one project, and it is evolving in a number of ways.

EE Magazine is becoming more lively and diverse. We are tackling harder issues like some of the shadow sides of the movement, like people trying to jump from Orange to Teal without passing through Green. We also publish articles that educate people about the conceptual framework that we use to talk about something that is going on in every arena in life, not just organizations. Something that is planetary in scale.

There are so many ways we are evolving, I can’t even begin to describe them all. We have non-English editions percolating. Our community conversations project now has its own column. Those are just two. At the same time, we are constantly evolving our internal work and information systems in ways that are not particularly visible to others, though Chris Clark wrote about some of our internal work recently.

The whole EE enterprise is also evolving in its internal differentiation and integration. By that I mean we are differentiating into many different kinds of projects—consulting, the action research program, the writing workshop you did in London, EE TV on YouTube, and the webinars being developed. And yet there is more integration, more cohering, as we pay more attention to our relational space.

Amazing that all this started with an e-mail less than two years ago. Thank you, Alia, for sharing your voice, and for taking us on this inspiring and breathtaking tour. Edith Friesen energizes the role of Writing Mentor at Enlivening Edge. As a lifelong writer, she has worked in diverse organizations and coached writers. Her passion is to inspire writing that drops the mask and comes from the whole self. Send your email to edith (at) enliveningedge.org, about joining the Teal-inspired global writing community.