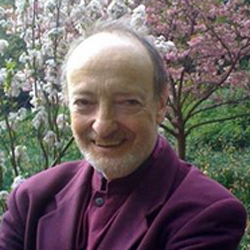 Mahatma Gandhi said once if you want a movement to succeed, create a newspaper. No doubt, today he would say create a news site. That's what inspired me to launch Enlivening Edge in 2015 and to work on its becoming a collective sensing and meaning-making organ of the ecosystem of next-stage organizations.

As frequently happens, healthy initiatives transcend the founder’s original vision and, in the best case, they help him or her to grow. That’s exactly what happened in my relationship with EE, in which we grew into “accelerating the evolution of organizations and social systems.”

Nowadays, independent of my direct involvement, EE is a content-rich media hub and community center while I am focusing on the education of evolutionary agents at Campus Co-Evolve and doing my research at Future HOW, the Center of Action Research for Evolutionary Emergence.

For me it all started in the 60’s when I was an organizer of the anti-authoritarian student movement in my country, followed by my academic training and teaching radical sociology, in the 70’s, that “takes as its goal human emancipation. By human emancipation we mean a condition in which each person has the chance to participate consciously in the formulation and direction of the social organization affecting him or her--and thereby has the chance to maximize his or her potentialities. In a liberated society each person would be able to freely undertake a range of activities that would be self-expressing and fulfilling, while simultaneously contributing directly and intelligibly to the projects and plans that make social life possible.”

That was a pipe dream 50 years ago, and it is a bit less so now. Presently, I’m working on enlivening the ecosystem of transformative projects and movements, by boosting their collective intelligence and  impact.

The Wisdom to Thrive at Work