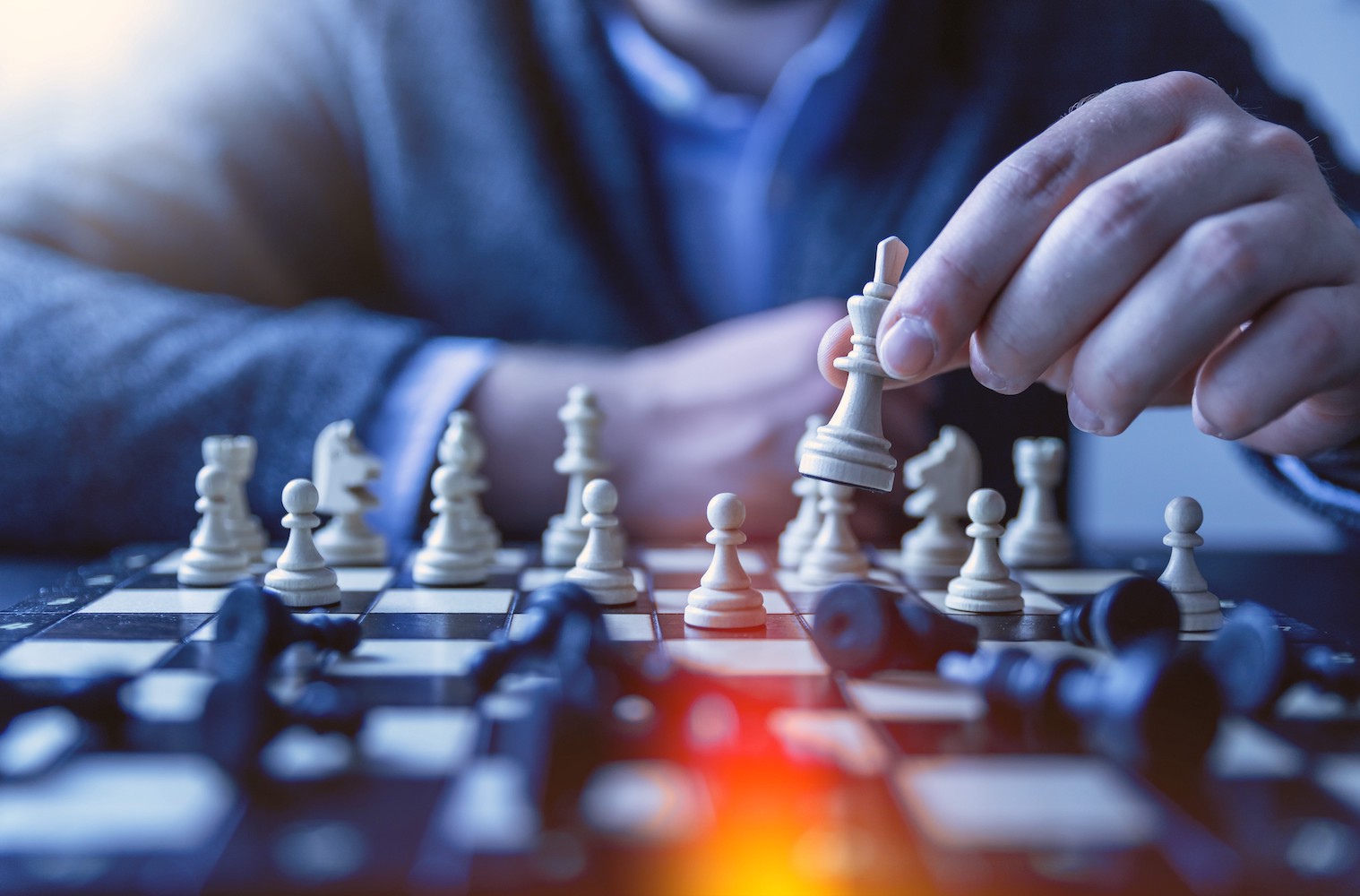 By Chris Cowan and originally published at holacracy.org.

There are many ways to slice up and categorize power. As a construct, it’s an exceptionally deep and multi-faceted. So, many models exist to explain it.

But, I’m compelled to add one more, because as good as the other models are, I think there is a simpler way to think about power. And one that makes understanding Holacracy simpler too. Because until we know what, “power” really means, why should we care about shifting it?

Notes: 1) This article is intentionally conceptual and lacks concrete advice. The point is simply to share some philosophical distinctions which I’ve found helpful for understanding Holacracy. Having said that, I also believe organizational psychologist Kurt Lewin when he said, “There’s nothing more practical than a good theory.”

2) I want to point out that I’m orienting these types according to how they feel. Because at the end of the day, how power feels, is something we can all relate to. Meaning, my argument is that these different types exist phenomenologically (i.e. in our human experience), not that they necessarily exist ontologically (i.e. in some objective, impersonal reality) and if that doesn’t make sense now, hopefully it will when you read the descriptions.

“Control” means I have 100% command of something. I can control the movements of my arm. I can move it up or down or side to side. My control over my arm is absolute (which really helps me get dressed in the morning).

Now, occasionally I get small muscle twitches which I can’t control, and I have no conscious control of my arm when I’m asleep, but this is about as much “control” as one can have over anything, so it will have to do for this definition.

Example: If I want to nail two pieces of wood together, and I have the tools and skills necessary to do it, it’s going to happen and neither the nails, nor the wood, nor the hammer can say, “No.”

It feels good to control something. It’s one of the most important things for children to learn because they have so little control of almost anything in their life. So, feeling they can control something supports their psychological growth and development. Of course, as adults, we also like the feeling of control, although, as I’ll discuss later, probably a little too much.

We may colloquially say things like, “My kids control my weekends,” or “The boss control his workers,” but while these may work fine in day-to-day language, because of course, it can certainly feel that way, according to my definition of control, they are not technically accurate. Instead, they would be closer to…

If I can control my arm, I definitely can’t control other people. So, I can raise my hand in class, but the teacher doesn’t have to call on me. Now, social norms suggest raising my hand is a pretty good way to get attention, so even though I can’t control the teacher, I can influence his or her behavior quite easily.

It’s important to distinguish control from influence, because while we are influenced by others all the time, rarely does someone have actual, physical, direct control over someone else (outside of slavery). Therefore, most of the time, human relationships are governed by influence not control.

Example: If I want to grow a tomato plant, and I have the tools and skills necessary to do it, well, hopefully, the plant will grow, but there are no guarantees. The soil may be bad, or the seed may simply fail to thrive. Ultimately, I can’t control the outcome.

But I can influence it. I can make sure it gets plenty of water and sunlight, which will not necessarily determine if the tomato plant will thrive, it certainly makes it more likely.

So, while it’s possible for someone to have so much influence over you, that it’s almost like they have control, it’s critically important to maintain a distinction between them. Influence may be like control, but it isn’t identical to control.

And of course, the feeling of influence varies dramatically. If I have, say, 90% influence on what you do, then that tends to feel pretty good (but it tends to be even more annoying when the 10% wins out). Conversely, if I know I only have a 10% influence over an outcome, then it’s easier to remain dispassionate. Since I can’t identify with the success or failure, I can just make my best effort and leave it at that.

Now, control and influence both require you to have some sort of intention. You want to make something happen. I raise my hand to ask a question, or I want to sell you a car, or get your vote. But there is another kind of power that’s categorically different because it’s about the power you have to respond to something; i.e. your ability-to-adapt, or “adapt-ability.”

For example, I can’t control the weather. Nor can I influence it. It just happens to me. It doesn’t ask for my opinion or consent. However, even though I can’t impact the weather, I can respond to it. I can’t control the rain, but I’m not a complete victim to it. I can reschedule the picnic, or bring my umbrella, and that freedom to adapt is a type of power (compare it to someone who didn’t know about the rain).

Example: If I drive to Starbucks, but they’re closed for remodeling, I can just go to another one. But if there are no other options around, then I’m going to feel pretty helpless.

Now, having a lot of adapt-ability feels good because you’re less impacted when things go wrong. You have options. So, while it still sucks to be stuck in traffic, if you’ve now got time to listen to your favorite podcast, then things aren’t so bad.

Given that so much of reality is beyond even our influence, much less control, I think adapt-ability is the greatest potential source of power available.

Again, I’m focusing here on the feeling of power, and when I assume that I should have control or influence over everything that happens (i.e. I should be able to prevent anything bad from happening to me), then response-power doesn’t seem that valuable.

But, if instead, I notice that reality has always already happened to me, then sure, it still sucks when bad things happen, but I’m less likely to feel frustrated from banging my head against the wall and hoping the wall will change.

Finally, if I can’t even adapt to the situation, then I’m truly powerless. It’s the opposite of having control. Instead of feeling in charge, I feel weak and vulnerable. Like a dog chained up in the backyard during a thunderstorm. The dog can’t go anywhere. Physically. It’s completely at the mercy of the weather.

Now, in general, humans are incredibly adaptable. Prisoners find ways to adapt to jail and people who suffer horrific physical injuries find ways to adapt to their new limitations. But, regardless of humanity’s general resilience to circumstances (which I would call a form of adapt-ability), we must acknowledge that some things impact us without consent, AND give us no acceptable options.

And in most organizations, the feeling of helplessness abounds.

With so many moving pieces and so many complex dynamics, everyone is likely to feel completely helpless at times. But the reality is, unless you’re literally, physically chained to your desk, you’re not helpless.

And even if you’re completely helpless in a situation, then there is still something you can do: accept it. Surrender needn’t feel like weakness or defeat. Sometimes acknowledging a difficult reality is the most courageous thing you could do.

So, there you have it. Hopefully, you find some of these distinctions helpful. I did. To that end, here are a few ways they gave me a better understanding of Holacracy.

Managers have always had influence, and there is nothing wrong with influence. The problem is actually just a lack of clarity; it’s mistaking influence for control and vice-a-versa. Holacracy doesn’t automatically correct this confusion, but it does make it easier for me to notice when I mix them up; e.g. the illusion embedded in thoughts like, “My boss is making me redo my presentation.”

But if instead, you think in terms of influence or response-power, then it’s easier to see how Holacracy can increase pathways for others, while not limiting pathways for those who already had them.

This leads to life-long lessons in influence, which as adults, especially when working with other adults, we try to master (which is why the study of leadership is largely the study of influence). Although, if we’re lucky, we may come to realize the limitations of influence as well (chiefly, that reality isn’t overly concerned with my intentions).

So, our focus becomes more about increasing my ability to adapt to these known unknowns; i.e. the shift from the predict-and-control mindset to sense-and-respond. Which then prepares us to confront and surrender to new boundaries (“Helplessness”), which in turn stimulates the development of new capacities (to gain “Control”).

But accepting reality doesn’t necessarily mean losing power. And I’ve found it’s much easier to understand Holacracy when you accept the premise, “Everyone has the right to be who they are.”

Meaning, if you want to change things, and you want to know the best leverage point to do that, don’t focus on what other people think or what they believe. Not that it won’t help, but because trying to force someone to be different, even if only in your own mind, isn’t putting your energy in the right place.

Instead, I’ve found practicing Holacracy becomes infinitely easier and allows you to change things more powerfully when you start from a place of respect and curiosity rather than judgment.

How to Work Without Managers? Here’s How!