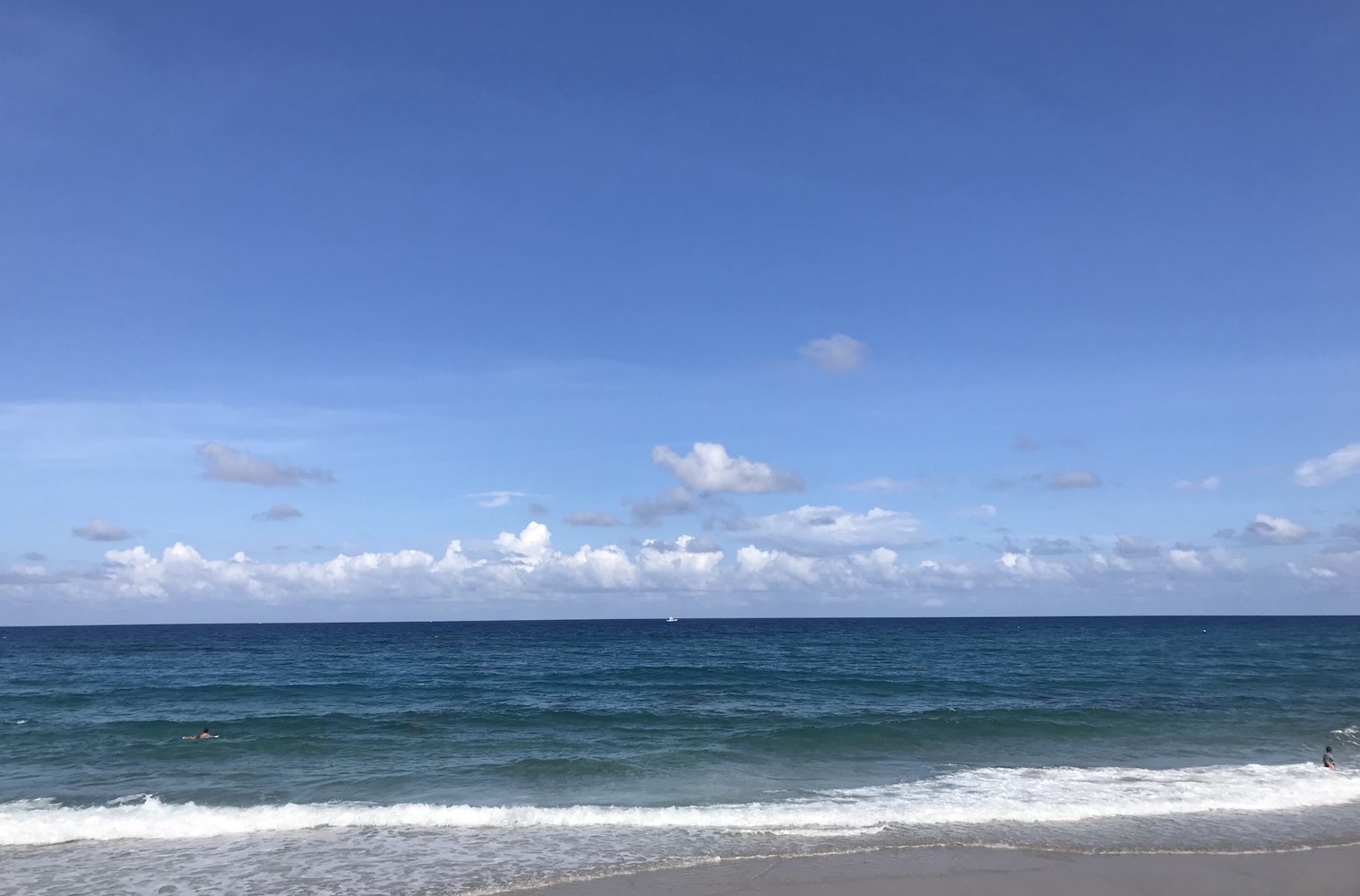 An Evolutionary Approach to Economic Prosperity Using the Blockchain & DLTs

By Gunther Sonnenfeld and originally published at medium.com

Real asset development is a major hedge against inflationary risk. Here’s what we’re doing as active participants in the next wave of the Internet.

The majority of these raises have been earmarked towards protocols and business plans that promise new technology innovations, most of which are not tied to or driven by real assets.

More recently, STOs (secure token offerings) are driving a new push towards asset-backed securities, opening up the floodgates of private and institutional capital in the trillions. Alongside of this, Holochain’s successful Initial Community Offering shows that new approaches to dApp (decentralized application) development are bridging the gaps between crypto utility and vitally important civic uses.

Those of us at Novena Capital see the incredible implications of this convergence, and have focused on how blockchain + decentralized ledger technologies (DLTs) attach themselves to real assets, thus expanding this emerging market. As we’ve detailed in three of our foundational theses, alternative assets currently comprise a market cap of $8 trillion that will likely reach $25 trillion by 2023, primarily through smart social and ecological investments.

We feel this is the blockchain’s “real use case scenario” that will finally provide models that are monetizable in more fungible, utility-driven contexts, as well as help support ventures which are socio-ecologically impactful.

In our quest to build companies that seize upon this massive opportunity, we’ve noted that most existing blockchain or DLT platforms are not capable of managing and integrating the many different streams of data required to digitize assets and configure them in a common chain. It is with this need in mind that we are launching Novem.

Getting Real about Decentralization

Many debates have emerged over the notion of decentralization and why it is critical, but for us it is quite simple:

True decentralization involves moving away from the underground/underwater cables and wires that make up our current web infrastructure, and towards free-standing, self-sustaining, independent mesh network configurations.

Maximalist/minimalist debates in various crypto circles have revealed a general naivete in understanding the real origins and intentions of encrypted technologies, to include the concept of decentralization; just one example is this 1996 NSA whitepaper which preceded the now famous ‘Satoshi Nakamoto’ whitepaper by 12 years.

What’s interesting about this is not so much that a small group of agency cryptologists wrote a detailed precursor to Bitcoin’s current hype cycle, but that the Satoshi whitepaper itself mentions the construct of decentralized variance as the means by which a new digital currency ecosystem would flourish. Variance and complete decentralization are two distinctly different things, hence why just about anything can be hacked in spite of these technological advances in ledgering, hashing and encrypted key structures.

Truth is, encrypted technologies have been around for decades, and enterprise encryption methods have been used for the better part of 35 years. Apart from the fact that the Internet itself was born from a military intelligence infrastructure called the ARPANET, also keep in mind that open source protocols have similar origins; a more popular example of this is TOR, which was developed by naval intelligence and has experienced a series of sizeable hacks in recent years, compromising the identity and security of its users. To that end, wallet hacks and protocol manipulations on mainstream blockchain platforms such as Ethereum should come as no great surprise.

To boot, major corporations, to include many of the beloved social networking platforms and communications tools we use (Instagram, Twitter, WhatsApp, Signal, et al), all have surveillance backdoors which are built into their backend and middleware protocols. Yasha Levine’s recent book “Surveillance Valley: The Secret Military History of the Internet” is an excellent exploration of how inextricably linked civic + commercial web platforms are to the hidden realities of ‘cyber snooping’ and cyber warfare.

Ethical judgments aside, one takeaway to be had from all of it is that these surveillance apparatuses can constrict the flow of information that are critical to building new, emerging and self-sustaining markets, simply because purity of information ensures that businesses and markets can be developed with sustained value.

As the recent events around data and privacy with Facebook or Equifax show us, DNS entry manipulations among ISPs (internet service providers), throttling by telcos/telcoms, and data shortselling by corporations, to include major Internet companies like Amazon, are all strong signals that we need alternative solutions for independently managing data.

More proactively, they present an opportunity to build real local utilities and distributed market ecosystems (micromarkets) that enable more and more people to create as well as regenerate their own assets in the form of valuable, protected and scalable resources.

In a nutshell, when people have access to valuable resources, they can live and work under far more suitable conditions.

New resource development leads us back to the processes behind real asset creation. We see this as a major hedge against inflationary risk (because it is), and a huge opportunity to build multiple streams of value with or alongside of cryptoassets. It aligns with our core approach in expanding alternative asset classes that solve major socio-ecological challenges (Smart Ecologies), especially those which are supply chain and infrastructure based. Crypto exchanges would benefit greatly from this as well.

As experts in the crypto space have rightly pointed out, standardized protocols found in core blockchain & DLTs have significant challenges of network scale and security, especially as they pertain to consensus mechanisms.

We have developed a unique distributive hashing mechanism based on a recombinant acyclic graph in order to solve for this. Our approach involves what we call ‘Ntangling’, which basically provides a means to create adaptive algorithms, regardless of the origin of the transaction or exchange, and their respective protocols.

What this ultimately means is that we can provide parallel computability, exponential scalability and reflexive storage capacity for the assets and information that are essential in revitalizing local and regional economic conditions.

Another way to look at this is that we no longer have a ‘big data’ problem, because the approach to identifying, configuring and bundling data completely changes. As this happens, we are afforded the capability to take into great account the socioeconomic conditions which affect the outcomes we experience in the markets where we transact.

One example of revitalizing local economic conditions is something that we detail extensively within our Smart Ecologies thesis, in which a distressed land asset is converted into a thriving local ecosystem. The resources created spawn a significant uptick in labor force participation, thereby providing a way to regenerate assets and develop skills that are paramount to the ongoing development of local communities, and therefore strong economies.

All of this, of course, is facilitated by an evolutionary approach with the integration of blockchain/DLT technologies, and designing DAO-like systems for building up new skills areas as well as specialized vocations.

It is an amazing time to build alternative solutions with real socio-ecological impact. If you are developing something that aligns or complements what is presented here, we’d love to hear from you.

Deep gratitude to our friends and colleagues at Holochain, as well as the team at Holonomics Education which have helped expand our development in the areas of ecosystemic design + regenerative approaches for early stage investment.

This is a good discussion with Vala Afshar (Chief Digital Evangelist at Salesforce) and Ray Wang (CEO, Constellation Research) on how the blockchain enables sidelined funds in our financial markets to be reinvested into durable assets and the real economy.

Gunther Sonnenfeld is a seasoned technologist, global strategist and respected cryptoeconomist. He has had a direct hand in the development of over 50 ventures, including the world’s first Bitcoin POS platform, and is the recipient of a Forrester Groundswell Award for groundbreaking social analytics work (graph analysis) with Adobe. Gunther spoke at the Blockchain Economic Forum on the macro- and microeconomic impacts of crypto technologies per Novena’s unique socio-ecological methodologies.

You can read Novena’s three foundational theses on The Next Economy,Smart Ecologies and Beyond Crypto & The ICO here.