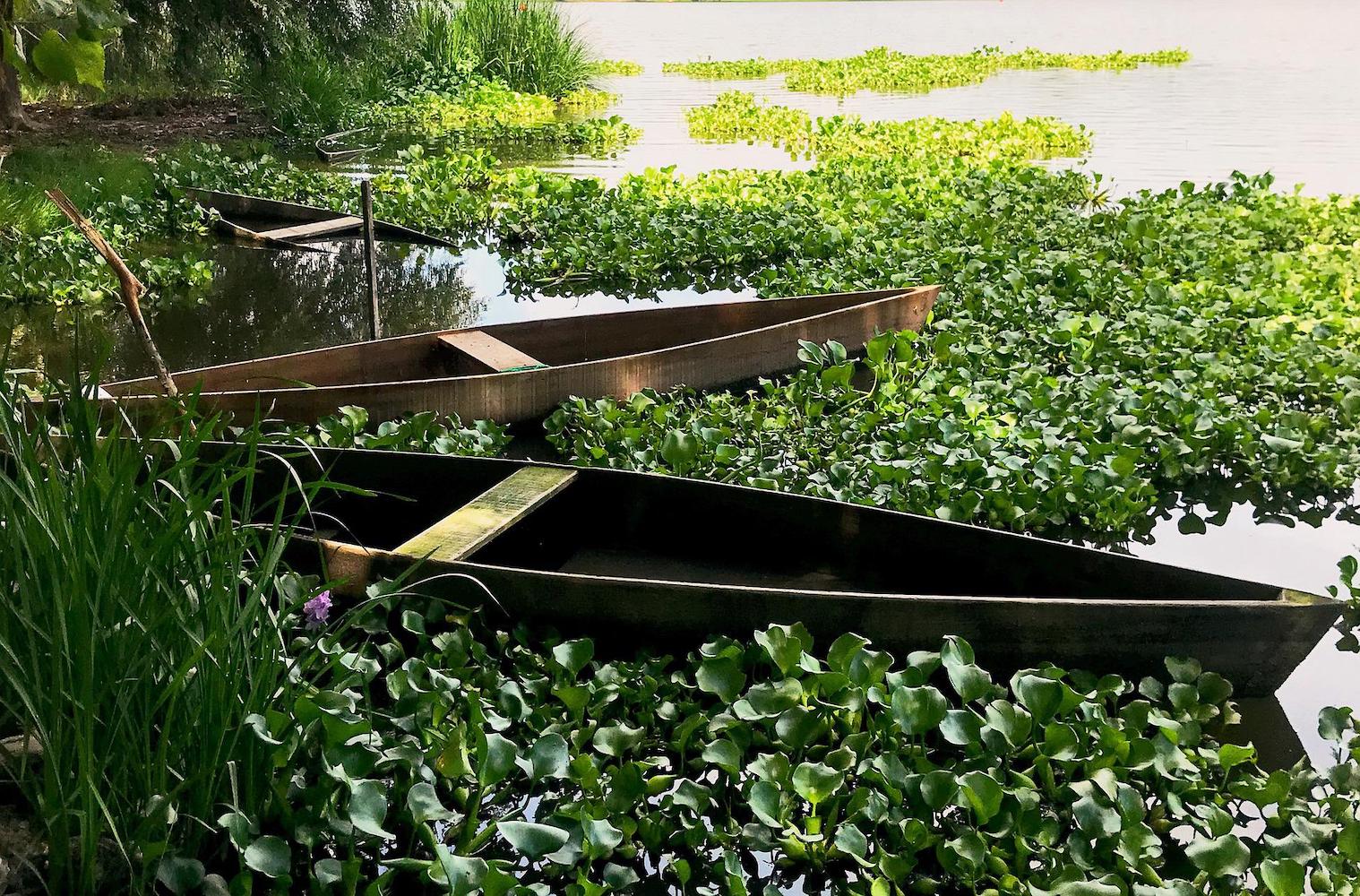 By Joost Minnaar and originally published at corporate-rebels.com

Both Zappos.com & Bol.com are online retailers. Around 2015, each launched transformation journeys inspired by Holacracy. While they share similarities, the journeys were quite different. What do these pioneers teach us, five years down the road?

Zappos is American and Bol is Dutch, but the similarities are striking:

While both had similar reasons for implementing Holacracy, the principles guiding their journeys could not have been more different.

They tried to transform overnight to Holacracy with a big bang.

These are the principles that seem to have guided their journey:

Zappos transformed behind closed doors. They appear to have been quite secretive about their journey, on purpose. The result is their journey is wrapped in mystery.

We visited them ourselves in 2016. Then, when they were in full transformation mode, it was hard to figure out what was really going on.

In recent years they have opened up a bit more, and some crucial elements in their journey have become more common knowledge.

At Zappos, CEO Tony Hsieh started the change to Holacracy. He was inspired by the idea of turning his company into a city-like environment without central planning. Why? He argued that cities are resilient and flexible, and every time a city doubles in size, productivity per resident rises by 15%. In contrast, traditional companies see productivity per capita fall as they grow.

Hsieh chose Holacracy as the tool to access that kind of resilience and productivity. But why choose Holacracy? There are many companies that have developed a unique model of self-management.

The reasoning: “Aside from it arguably being the most publicly well-known, it is one of the only pre-built, out-of-the-box options that any organization can implement, regardless of size, sector, or industry. Holacracy immediately provided us with a set of rules and processes that everyone could see, with a lot of the nuances and checks-and-balances already figured out for us.”

Implementing Holacracy as a pre-built, off the shelf model is the path they chose. In 2015, they did away with managers, and restructured into >400 holacratic circles.

This dogmatic approach was not always easy, admitted Christa Foley, senior director of brand vision and culture: “Holacracy has been a big exercise in getting comfortable with experimentation and trying and reiterating and then backing up and going forward again.”

And the change was mandatory for all. That is how Zappos changed overnight.

In March 2015 Hsieh gave an ultimatum to employees: either fully commit to the new model as a genuine participant, or leave the company and recieve a generous buyout offer. 18% took the offer.

Now, let us look at the Bol journey. They transformed more gradually, and transformed like a movement.

These are the principles that guided their journey:

Contrary to Zappos, Bol have been open about their transformation journey. Their change initiator, Harm Jans, now Director of People & Organization Development, has been sharing insights about their journey regularly (to us, and many others), via this blog and in our book.

It was not the CEO that started the change. It was Harm Jans, and he was inspired by Holacracy. It laid the foundation for the change movement which internally is known as the “Spark” initiative. Jans was then a team leader in Logistics.

At the time Bol faced the challenge of coping with rapid growth. They hired many experienced people from established, well known companies and retailers. But the new people not only brought knowledge and experience in logistics and operations, they also brought traditional ideas about how to run companies.

Outside IT (particularly) the organization became more hierarchical and bureaucratic. People gradually became less engaged. But the original people at Bol knew, from their start-up days, they did their best work in small, autonomous, cross-functional teams with challenging goals and enough room for fun.

Jans: “Therefore, we were desperate to explore flatter operating models for the whole organization, which distribute decision-making power effectively and place accountability at the lowest level in the organization.”

When Jans started thinking about how to implement Holacracy at Bol, he knew he could not be too dogmatic, and that he had to tailor it to their specific environment. He knew that if he wanted to make this work, he had to be very pragmatic in his approach.

Jans: “People within Bol have a rolled-up-sleeve and down-to-earth mentality. They were not going to buy-in on Holacracy if we would ask them to first read the 40 page Holacracy constitution with all the rules, structure and processes of the organizational operating system.”

That is why they simplified the Holacracy constitution. They condensed it to a single page, which summarized the core principles. They did not even use the word Holacracy, but talked about Spark.

The Spark model only adopted the basic principles behind circles, sub-circles, plus the role of the lead link, and elected roles like facilitator and secretary. For example, they abandoned the role of the ratifier, rep link and the concept of cross linking to keep things more straightforward.

Jans adds “We do not follow all the rules of the governance processes and meetings that are in the Holacracy constitution. For example, we allow teams to combine governance and tacticals into the Spark meetings. We tend to be somewhat more flexible in the creation or removal of circles.”

Unlike Zappos, Jans started small when implementing the change. He created a bottom-up movement. People could adopt Spark only when they were fundamentally motivated to do so. And they could do it at their own pace.

Jans started the first Spark experiment with two teams in his logistics department. Everybody involved in that experiment became a Spark ambassador. This caused the start of a movement with other teams joining, and asking for help in adopting Spark.

Soon, the Spark Model became the de-facto way of working in logistics. Subsequently, Jans’ movement spread to other departments like customer service and commerce.

Now, in a new role, Jans still leads the movement across the organization, inspiring people to join the movement, and change the way they work. Today, around 1300 people work according the Spark Model in more than 170 circles.

Jans: “We have not yet gone all-in on Spark but are slowly reaching the tipping point where everybody is working more in circles instead of their functional departments. Departments such as Finance and HR are just starting to adopt Spark. Our model is very much open and anybody within Bol who wants to start using Spark as a way of working within his or her team is free to do so.”

Beyond Holacracy: Towards the marketplace

Just like Bol, it seems Zappos has distanced itself from the dogmatic aspects of Holacracy that challenged employees early on. Now, some years later, they have moved beyond pure Holacracy and created their own models.

Zappos executive John Bunch said that pure Holacracy created some big challenges in its business metrics and they looked to redirect employee focus back to the customer, instead of being too internally focused.

As part of the solution, they added that each circle must manage its own budget and determine the services it will provide to customers. These can be other circles within the company, or outside clients.

As a result, the e-retailer started to introduce a Haier-like internal marketplace where teams are run like small, independent businesses, including managing their own P&L.

And, also Bol is now launching pilots in the direction of an internal marketplace. Jans: “We recently started experimenting with giving store teams budget and freedom to spend it. We see that circles take accountability for spending budget in an appropriate manner delivering value to Bol.com, we may scale that practice to other circles as well.”

Both these pioneering companies have moved beyond the original Holacracy Model. Their exploratory work provides others with valuable lessons about what worked, and what did not, for them.

This seems especially valuable for their parent companies, Amazon, and Ahold/Delhaize. They are starting to see these pioneering subsidiaries as ‘guinea pigs’ for new management practices.

Shouldn’t every large organization have a part dedicated to pioneering new management models?

Clearly, each approach has its distinct advantages and disadvantages.

Which approach do you prefer? And why?