Clearing Up Some Confusions about What “Being a Teal Company” Means

By Bjørn Uldall for Enlivening Edge

Any confusion I might have had about these questions vanished through the conversations and presentations at the IEC2016 conference (not least, the one offered by Jon Freeman, who has written more extensively on the subject here and in more detail here.)

For me now, the answers are crystal clear: No, No, and Yes.

So, why and how are those my answers?

Well, what really became clear for me at the conference is that Frederic Laloux named his book appropriately when he called it ‘Re-inventing Organisations’ because this in my view is exactly what Teal is about. A Teal company still needs practices that address all the aspects of organisational and human life which the other previous stages (colours) emerged to deal with. But what becomes possible at the Teal stage is to ‘re-invent them’, making new smart versions of Red, Blue, Orange, and Green practices.

For example, a Teal company needs ‘smart Blue’ formal rules that regulate power—clear decision rules that you can count on. Let’s consider the ‘advice process’ as one example of a really smart formal decision rule that is used in e.g. Buurtzorg and Favi.  (A simple version of the ‘advice process’ stipulates that any person in the organisation can make any decision, but before doing so that person must seek the advice of all affected parties and people with expertise on the matter).

The advice process allows people with a strong Blue orientation and psychological construct to know exactly how decisions could and should be made; they can relax into the safety of following the rules once they have become used to this new rule of the game. They don’t need to develop vertically to a higher stage to work with it. Horizontal conversion to (what within a Blue worldview they might regard as) a new “religion of decision-making” suffices.

For people with a dominant Orange meaning-making structure, this smart-Blue advice principle is also great because they get total freedom to question convention, and to follow their new and innovative ideas and achieve great results. Ok, they have to live with the constraint that they must ask others for advice before they can act on their great idea.  However, since in the end nobody can block them, this is just an advantage because it can inform and challenge them to find even better innovative solutions.

A person with a Green stage of development-orientation would more ‘naturally’ ask around and be sensitive to the diverse needs and perspectives of multiple stakeholders, but with the advice principle they are now freed from the tedious tendency for longwinded consensus building, by the liberating principle that the final decision remains theirs.

Now, wait a minute, what about Red egocentric opportunistic tendencies, you might ask? Can’t they result in misuse of the advice principle to the detriment of the organisation and others? That indeed seems to be a possibility, so we better have some kind of organisational rules and practices that can deal with this, e.g.: a conflict resolution practice that combines a smart Blue institutional process for how to initiate and conduct that practice, and availability of Orange practices of assessing individual performance and contribution—along with some Green acknowledgement and empathy for human differences and the potential for collective and personal learning and growth, and ultimately some Yellow/Teal systemic appreciation of the needed functionality of the whole system. With these practices to hold unhealthy Red power in check, healthy Red power of individual action and decisiveness can flow more freely.

As the previous implies, I believe we ought to consider most of the ‘re-invented’ practices that are presented in Laloux’s book not as Teal practices in themselves, but as new smart Green-, Orange-, Blue-, Red-, Purple-practices etc.

The most distinctive Teal practice then, is the practice of ‘re-inventing’ these other practices in an evolutionarily congruent fashion in response to the larger context the organisation finds itself in. That means the ability to continually sense and respond, to learn and evolve with a feel for the systemic interdependencies of all the practices.

Probably, as Laloux argues, you need at least a founder/leader who has access to this kind of Teal perspective for this to work out well, but I remain open to the possibility that such evolutionary emergence might even get built into the ‘organisational collective intelligence’ perhaps supported by some outside ‘mentoring’ context? (This is one area where I would love to see more research.)

I guess by now, it has also become clear that with the above conception of what a Teal organization is, there is no requirement for all the members to be at the Teal stage of development themselves.

Nor should there be any personal development per se necessary to work successfully in it, although we would expect Teal organisations to be ‘holding environments’ that invite and spur personal vertical growth: People might in some ways be ‘in over their heads’ (as Robert Kegan explains in his book of same name from 1994) but they should also feel supported in being where they are, by structures and processes which allow them to navigate and orient themselves.

At the same time there will be plenty of structures and processes in the organisational environment which also invite and challenge them to step up to the next stage of functioning. And even though personal ego-stages may be distributed widely, people will be embedded in a culture with ‘values’ and ‘behavioural norms’ which can help them live more fulfilling and sustainable lives, and can allow them to contribute to the health of humanity and the planet. Why aim for less?

In 2000, I left my conventional Business career (M.Sc. Int. Business Adm., Manager at Carlsberg, McKinsey consultant), went on a 10-day Vipassana retreat, and started my quest for finding more meaningful ways of building and leading business organisations. This took me through a PhD of collaborative action research with business leaders; 5 years of psychotherapy training; and many years of coaching business leaders and teams as a partner in Scanlead. I am now energizing the role of Participatory Action Research Lead with Enlivening Edge. 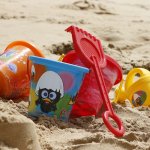 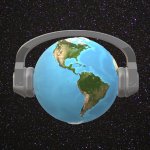 Global Teal Meetup for the Americas: The Path to Better Interpersonal Dynamics 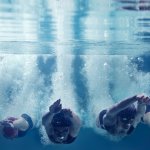 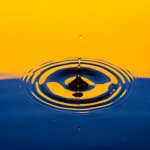