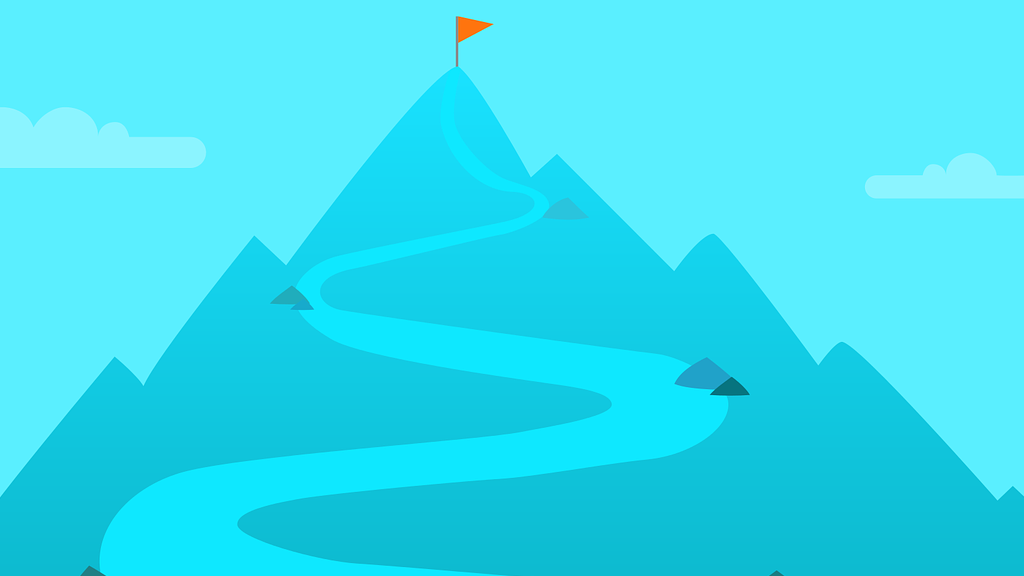 To Have or to Be? On Purpose Over Profit

As you are reading this there’s an epic battle being fought for the future of the planet. It is a battle to win the minds and hearts of those susceptible to change. Looking at the state of the world today we sense that a lot of things are fundamentally off. To pick a representative and prominent example, the major planetary ecological crisis of climate change is unfolding right before our eyes and the honest question of a child is enough to dumbfound us on the spot, “Why can’t we stop this?” — “Well, honey, um… because… um, good question.”

Popular answers to this question mostly feature “capitalism” as the main villain. Somehow, it seems, the inherent logic of a system founded on short-term profit-maximization justifies overriding more rational impulses of long-term survival.

But the emperor is naked. We alleged “grown-ups” are just plain stupid.

We have unconsciously consented to becoming the effect of a cause, instead of consciously creating new causes that would affect the course of history in a more favorable direction. At this point let me share some good news — You can start right now.

The first step that I suggest is to scrutinize and examine a widespread cultural bias — profit-orientation. Early on in life we learn that “money makes the world go round” and — even more magically — that “time is money”. Wow, there must be something to it. Everybody is so serious about money — especially shareholders and corporations. It seems that their only purpose in life comes down to making more and more money — obviously even at the expense of human decency, dignity and basic compassion. I am impressed by the ability of the human mind to screen out and ignore any data that is detrimental to one’s own comfort and sense of entitlement — even at the peril of extinction.

We lost something. We lost the connection to what is alive, real, and meaningful and we ended up looking for it in all the wrong places. Instead, we have accepted a shallow surrogate: wealth in the form of money, an abstraction that is supposed to satisfy our every need.

Money is quantitative and material. You can have it, possess it, accumulate it. Our minds are strapped to the erroneous assumption that if a certain quantity of money is “good”, a greater quantity of money is proportionally “better” — ad infinitum. Following this profit-orientation we collectively end up in a bottomless pit of greed and self-deception, de-humanizing each other in the process. Our life-compass is broken. We’re lost in space.

Our inherent appetite for infinity was somehow perverted to become an infinite appetite — for more things, more stuff, more money. We let profit become our purpose.

It is apparent that an infinite appetite for resources is incompatible with a finite planet. It’s crazy. It’s stupid. “Earth provides enough to satisfy every man’s needs, but not every man’s greed”, as Mahatma Gandhi put it. The profit-orientation knows no inherent saturation point, no “enough.” It is a linear progression of more and more, a “bad infinity” to quote Hegel. The quality of the profit-orientation can be described as mechanical, boring, lifeless, amoral, inhumane, and plain ugly. It is inherently dissociating us from each other, from nature and our own life’s purpose. And that’s a big bummer.

Let’s compare this with a purpose-pulled life. First of all, on Monday morning you know what gets you out of bed, and Monday night you know what keeps you up at night.

Does this sound irrational? Maybe. But only to the uninitiated. Only to the average alienated person plagued by the drudgery of a meaningless existence who out of fear has succumbed to being a replaceable cog in some lifeless machinery designed to extract and squeeze out capital value from his precious lifetime under the verdict of profit-maximization.

Let me tell you this, there is a hidden continent out there and in here waiting to be explored.

An air of exhilaration, curiosity, and excitement pervades the purpose-pulled life. It is a life ignited, ignited by passion, rooted in infinity — a true bottomless infinity within, invisible, immaterial, unexplainable, and mysterious; yet real enough to thrust you forward into the unknown without fail.

It is the force of evolution itself, pulling and pulsing through your veins, yearning to express more beauty, truth, and goodness — through the perfectly imperfect vehicle of your personal existence — if you just let it do its job. Will you?

Purpose provides direction. It is your ever-shining north star. As such it is unreachable and ever-receding as you approach it. And yet, the purpose-driven life is like a beautiful fractal — ever-deepening and ever-expanding as you dig into it. There is no saturation-point either. As you are realizing your purpose temporarily, you are circling or rather spiraling forth, refining every circle of the process on a new level.

So why is that not the norm in our world today? According to the Gallup Engagement Index around 80% of the workforce in G7 countries is more or less disengaged with their work. Somewhere down the road we must have taken a wrong turn mistaking profit as being a legitimate purpose of an enterprise. The problem is: It’s simply not. We’re aiming too low, as it were, seeking for the infinite in the world of the finite — a kind of spiritual confusion, where we take our ultimate concern and turn it into an object, a thing, quantifiable, thereby turning money and gaining profit into an “immortality”- or “Atman”-project (K. Wilber). We can never satisfy infinite longings in a world of finite resources — which is why a mere profit-orientation is an obvious cul-de-sac for the planet.

Profit is not a proper purpose, but it is an important metric and a means to achieve a given purpose.

Profit is not valuable in itself, but it has instrumental value and helps to realize other “true” values. We all want to be happy, free, enjoy peace of mind and experience love or human connection. The implicit and explicit suggestion, and predominant cultural myth, is that money is the master-key to buy us all these things. Of course this is a simplistic and wrong proposition and most of us know it. Still, individuals and organizations act spellbound and accept the counterfeit purpose of profit-maximization. If we ever stop thinking about ourselves and our own little ego concerns and consider the fate of multiple generations coming after us we cannot afford to maintain such ignorant recklessness in the face of the wicked challenges humanity is currently presented with.

To Have or to Be

In his best-selling book “The Art of Loving” (1956), the German psychoanalyst Erich Fromm likened the ability to maturely love another person to mastering a form of art, which requires continuous dedication and practice along a continuous growth trajectory. Mature love is rooted in a purposefully active mode of being, not in having or possessing each other in a dead and passive way. In another influential book “To Have or to Be” (1976), a critique of modern capitalism, he contrasted two modes of relating to the world — a dead, mechanical, accumulating and objectifying mode of “having” and a life-affirming, mindful, appreciative mode of “being”.

It is not a big intellectual challenge to map Fromm’s characterization of essential modes of having vs. being in individual humans to the domain of profit-orientation vs. purpose-orientation in organizations.

The point of an organization is not to accumulate dead and abstract values but to foster life itself in its myriad and ever-evolving forms of purposeful expression and to become artful in it.

Allowing Purpose to Pervade Everything

We’re called to create new solutions to simultaneously work, earn and live on purpose. Purpose informs and aligns the organization, the individual, and the collective and it drives their continuous evolution by exerting an irresistible pull from the future. The leap from profit- to purpose-orientation requires the co-emergence of individual purpose agents, purpose-pulled organizations and purpose-pulled investments. They all share similar properties:

We need to create the appropriate vehicles for people to express individual purpose, where earning is taken care of, where alignment with an organizational purpose works, where there are collective spaces where we can show up as we are.

We need vehicles for organizations to express purpose, where work is done that is needed in the world; where work is done that generates value, enough oxygen to help its purpose agents breathe, and meet their financial needs; and with legal constructs in place that prevent a hostile takeover of purpose from actors that represent a pure profit-orientation.

We need vehicles for investors to enable investment in purpose driven ventures, where purpose rules and cannot be subordinated to profit and — last but not least — where a healthy profit is generated as ROI.

By declaring the profit-orientation obsolete and unfit to express what is required of today’s organizations we simultaneously put into question the generic distinction of “for-profit” vs. “non-profit” companies. We are better advised to make a distinction between true “for-purpose” organizations vs. “not-for-purpose” (or “just for-profit”) organizations. The ability to generate profit does not preclude an organization from being “for-purpose” — rather, it is what we would naturally expect to see if its purpose is aligned with what is needed in the world and if it delivered that value consistently.

In fact, companies with a distinguished purpose-orientation have been demonstrated to outperform not-for-purpose companies in the long run.

It is an exciting time to be alive and to be able to witness and participate in these developments. I challenge you to follow your own “true north” and to become an “Agent of Purpose” along with thousands of others, contributing to an emerging ecosystem of SOE’s and progressive organizations, supported by purposeful investors — with all of us taking the leap to a richer and more meaningful life where working, earning, and living on purpose becomes a reality.

Let purposeful Being prevail over purposeless Having.

Reinventing Organizations: Insights from Laloux for the Journey