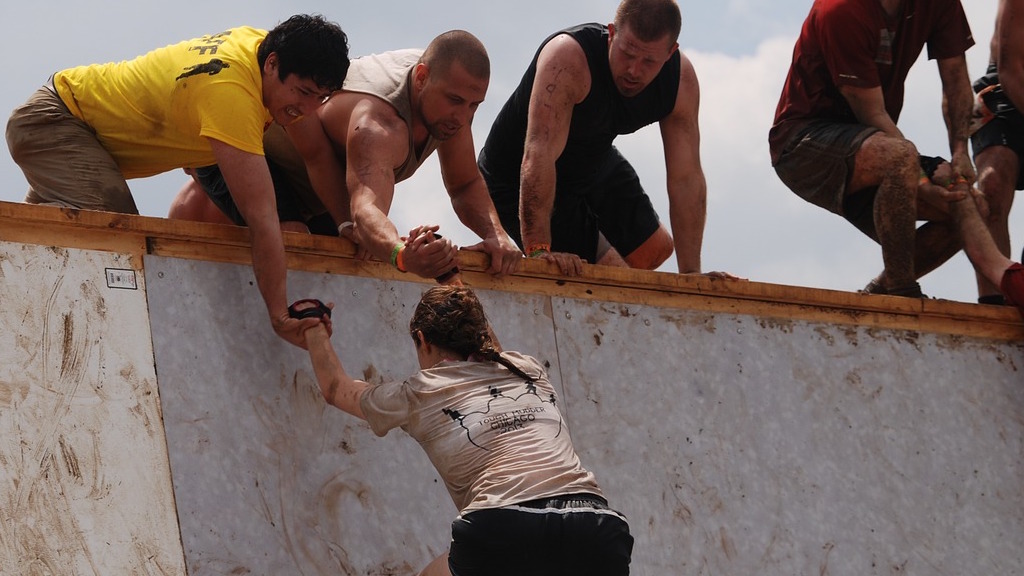 8 Challenges to Overcome When Adopting Holacracy

A year and a half ago I first heard about Holacracy: “GTD [Getting Things Done] for your organization”, or so I thought. We started adopting it at my company Springest, and have been learning the hard way ever since. Now that it’s becoming more popular, partly because of Zappos adopting it and the first books coming to market, I’d like to summarize some challenges we encountered. Actually, I thought Holacracy’s popularity would rise much faster. But it didn’t, and I think I know why…

(Spoiler: it can be great, it will be misunderstood, and it is quite hard!).

I’ll mention a challenge and for each the approach we are taking to overcome it. We accept the fact that we’ll learn along the way and that trying out stuff and failing every now and then is the only way to go.

1. Holacracy doesn’t tell you how to run your organization

You might think that Holacracy tells you how to run your organization, but it doesn’t. Sorry for all those startup founders out there that hoped for a shortcut without reading a ton of management books… 😉 Most of what’s in the constitution (which you formally sign as “power holder” when adopting it) is about how to decide how to run your organization. For instance, there are a lot of rules on how to run meetings. And there are rules on the basic principles people have to adhere to. But with those rules, you evolve your own structure. The challenge is that it often feels like you lack structure or certainty, in the same way you might not know who to play the ball to in a soccer match. You only know you have to stay within the lines and get the ball in the other side’s goal.

Our approach: embrace the uncertainty. Honestly, we just try our best to use the process to create clarity around all the things we’re doing or want to be doing. We have a seasoned Holacracy coach to help us with this, and often reiterate to everyone how it’s OK to feel a bit lost when you have a tension but don’t know the solution yet.

2. Holacracy tells you exactly how to run your organization

Then again… there are a lot of things you can’t do in Holacracy. Like telling people what to do, or “reorganize” a department at once, or even setting sales targets for next month. You can achieve the same goals with different tools, and you’ll have to learn which one to use at which time. And if you don’t know yet what is the best way to process your “tension”, you will feel frustration because you are probably very aware that the way you’ve learned to fix your problem is not allowed.

Our approach: learn the rules! This might seem obvious, but we definitely should’ve placed more emphasis on this. Not just for our lead links or facilitators, but for everyone. You have to understand the rules, or you can’t play the game. And the goal of the game is to speed up evolution so you can run the organization effectively.

We found that old habits die hard, even with the best intentions. When adopting Holacracy, you naturally start out with the structure you have, and hopefully evolve from there. The problem with this is that for Holacracy to really work, you have a unlearn a lot of habits that are connected with the old way of doing things. Like managers telling people what to, and in micromanagement cases, how to do it. So if a Lead Link asks another role in their circle “could you take on this project?”, the person asked might feel this is an order. And of course this goes the other way round as well: if you feel really responsible for something you have to resist the temptation to take the lead by ordering people around.

Our approach: coach each other a lot. Especially for lead links, who might have been “managers” before Holacracy, this requires a lot of learning and peer-feedback. Maybe the biggest and hardest part of their job is to teach other circle members (as Holacracy calls your team mates) to not look up to them as the “boss”. We definitely haven’t solved this one, and actually writing this posts is one of my tries to address this issue (hi guys! ;)).

4. When the going gets tough, you have to suck it up

When the going gets tough, the tough get going, right? With Holacracy everyone energizes one or usually more roles, and is accountable within them for certain activities. Lead Links can set the current circle strategy (we do that with input and discussion from the rest of the circle) and can prioritize projects. But because of the distribution of authority, it can be hard to quickly change course or force everyone to work on the same thing. The trap is then to forgo the process and pressure people the old fashioned way, even though there might be ways to change course within the Holacracy rules.

Our approach: try out different methods for synchronizing efforts. Currently, we’re trying to make our strategies more concrete, and also make it clear and accepted that Lead Links can change priorities of the circle, and thereby indirectly for other circle members’ projects. You don’t want to do this all the time, because people “in the trenches” tend to know best what’s important to fulfill their roles. On the other hand, we’ve learned that setting priorities also requires a lot of perspective and judgment about the leverage something has.

5. You can’t out-evolve the grapevine

People might still gossip amongst each other in an old fashioned corporate politics way, and some of them might not understand, like, or trust Holacracy. One of the fundamental ideas of Holacracy is that it’s about roles, not people. So you can freely discuss the tensions you have with how a certain role performs, without directly criticizing a person. Easier said then done! People have to ignore their personal feelings in meetings, and instead focus on the tensions they have and try to solve them in the process.

Our approach: practice what you preach. Try to address people by stating your and their role (“I want to ask you in your role of X, to do this for me in my role as Y), and explaining the process for addressing other roles. For instance, it’s fine to address a role directly even though they’re not in your circle. And if someone tells you someone should be doing something, we try to remind them to check the accountabilities to see if they can actually have that expectation.

6. Learn the game by reading the rules, or by practicing (and losing!)

Holacracy in many ways is a serious game. It has a big book of rules (called the constitution) and at first it seems daunting to start learning them. We did a half day workshop with the entire team, and wrote some articles internally, but we chose to do most learning on the job. Our Holacracy coach facilitated a lot of meetings, and in them explained the process and rules. The problem with this is the same as with learning to play a game. There’s two types of people: the ones who read the rules first, and the ones who just start playing and don’t mind losing the first few times. And there’s also two types of players: the ones who can and can’t stand to lose. And if you don’t know the rules as well as someone else, it might feel like losing the game, and thereby the trust in the system.

Our approach: we should probably have placed more emphasis on learning the rules, and we’re correcting that now by doing more training. 9 of our colleagues went to HolacracyOne’s Taster Workshop, and one of us took the 5 day Practitioner Certification Training. We also created a role “Holacracy Ninja” in our “Smooth Operations” circle that has some Learning & Development accountabilities, to spread knowledge about Holacracy from within other circles and not just from the “old management’ or the founder or external coach.

You can describe Holacracy as an “evolutionary algorithm”. I agree with that, as it is supposed to have many random iterations, leading to constant improvement. But it’s also hard to stop yourself from “designing” instead of “evolving”, i.e. trying to come up with a big coherent system for organizing work. Yet, sometimes, you must do that to make progress faster. Especially when your organization isn’t well versed in Holacracy, which is always the case if you grow fast. The normal governance process will feel very slow and you might not have time for that.

Our approach: First, we remind ourselves to not be creationists. Of course, using that word already conjures how we think about it. However, we sometimes allow ourselves to dream up new structures so we can explore each other’s thoughts about it. We do try to focus on our tensions, so instead of talking only about the solution (“this team should work like this, with these people doing this and that”), we talk a lot about the tension (“what exactly isn’t going well and why?). This forces us to not overdesign and not fix things that aren’t broken.

Funny how I use the word faith, huh… Yes, Holacracy can feel like a religion, much like any other management or productivity philosophy. Especially when some people “see the light” and “get it” and some people are totally ignorant, right?!
Wrong. Adopting Holacracy requires a lot of trust from the current “power holder” in the system, and from his colleagues in him to have made the right decision in adopting it. It also requires trust in your colleagues to abide by the rules and help or even protect each other when someone isn’t sure about the right process. So you have to be sensitive about trust slipping away, and frustration taking hold of people and processes.

Our approach: we first said Holacracy was an experiment, and it was. However, when you’re further in the process it’s important to stress that the intention is to keep using it forever. There’s no way of doing it half-assed. If you call it an experiment, make sure you set an end date and change the mindset after that. The extra training we did (after 1,5 years of working with Holacracy!) and speeding up our governance seem to be helping in gaining trust.

I hope these challenges give you a feel for what it’s really like to run your organization on the Holacracy operating system. It’s been a very interesting journey for us, and we’ve definitely not finished yet! We intend to keep sharing our learnings, so if this article raises new questions for you, feel free to leave a comment here. I am happy to elaborate!