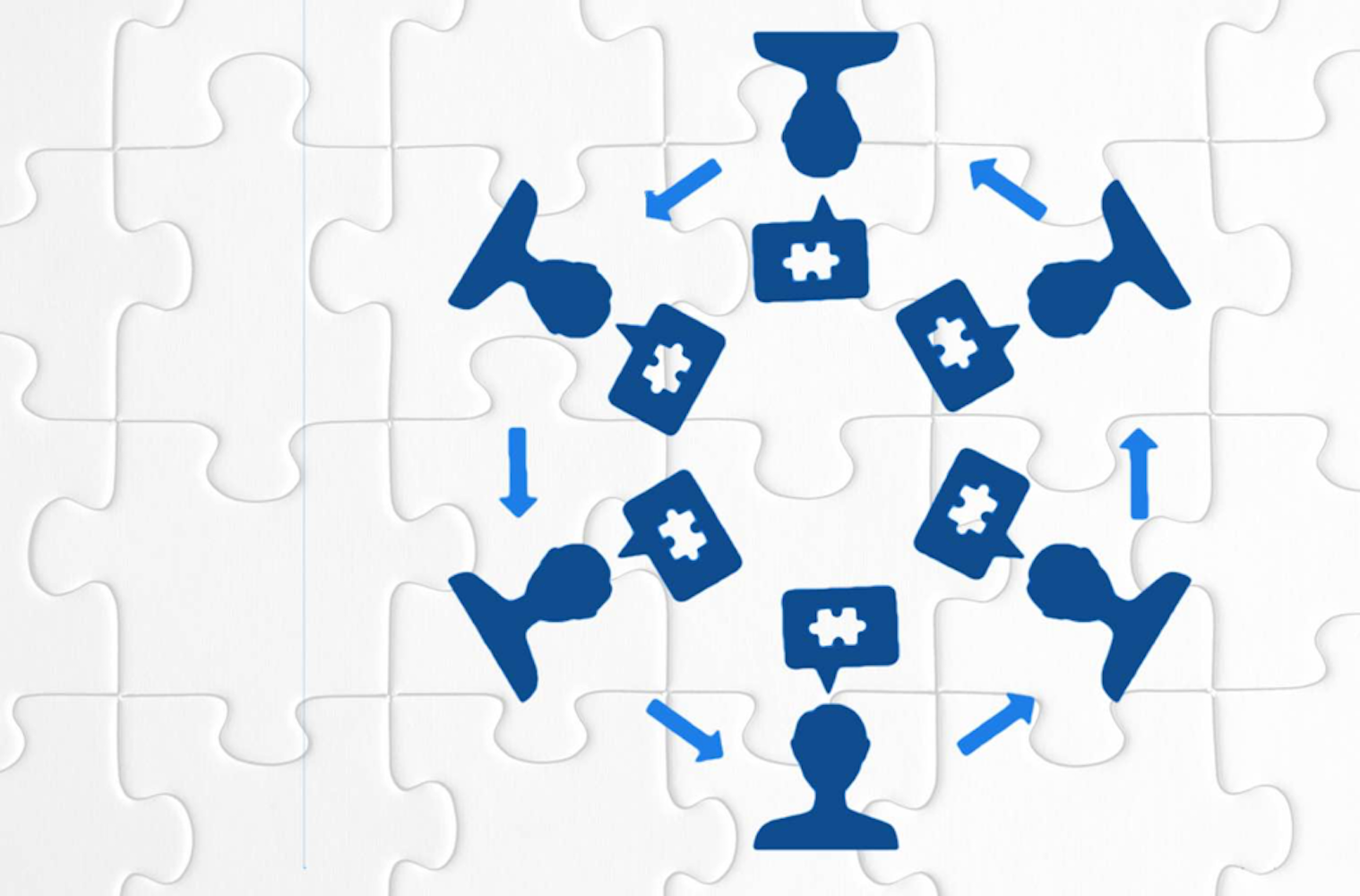 When teaching or facilitating, I often hear, “Can we have a meeting and just talk, without any special format? It feels more natural that way.”

Sure, you can. But I won’t join you. Why? Because I am aware of what we are buying into when we promote “natural” flow.

What is natural flow and what are its effects?

“Natural flow“ is when people speak as they are moved to. It is what happens outside of any agreed-upon format.

The studies cited below show that the absence of intentionality around turn-taking manifests in oppressive patterns. As an example, the below findings are about gender, with gender being just one axis of oppressive patterns in our societies.

If you want to tell me that in your meetings everyone is equal, consider the possibility that you are biased (as shown in (4)). We all—women and men—hold the preconception that women talk more than men, even when this is not supported by facts.

Seeing that, I am not sure whether to believe or not when someone says their meetings are equal.

See also this anecdote of a (female) researcher who chose to have her own facilitation results measured: “Even when I was explicitly trying, I still failed to have the discussion participants fairly represent the population of the students in my classroom.” (5)

If you are thinking that women just have to be more assertive, this underestimates the complexity of the issue as it can be shown (see (6)) that assertive women—not assertive men—tend to be penalized for that behavior.

Before we talk more about what can be done, let us see what groups are missing out on if they follow “natural flow”:

What we’re up against: systems

Patterns are sneaky and they are persistent. The old systems are woven into how we act and what we expect—and we all have internalized more than we are aware of.

When acknowledging this reality, how can one insist on “natural flow”? Note how I am using quotes for “natural flow” because I refuse to accept power imbalance as natural. Historically, too many forms of oppression have been justified as “natural”.

We cannot counter oppressive systems by the absence of systems. We need better systems.

We need more systems that support the kind of equivalence that we want to see, and that don’t rely on potentially biased perceptions of fairness.

The best option I am aware of is to use rounds. Talking in rounds is used in sociocracy, but it is a format that has been around for a long time. A round means that everyone gets to speak one by one. We know we will hear everyone, and we will reduce the interruptions occurring between speakers. That way, everyone knows when their turn is and can relax and settle in on listening.

Speaking in rounds does not mean that everyone has to make use of their turn. Does passing undermine the use of a round? No.

This is about systems (not people) and about our willingness to be intentional about the systems we are a part of.

My intention is not to point fingers. Women are part of keeping the patterns going, as are men. Luckily, islands of intentionality are potent to break these patterns. See more about rounds and many intentional patterns and systems, including examples of what to say, in our new book Many voices, one song.

A round can even be in a group of two. It means that you listen when the other person is talking, and you wait until they have completed their thought. A round is a way of speaking and a way of listening. You can use rounds with the next person you run into after reading this article! Ted is co-founder of Sociocracy For All and teaches, consults, and coaches for sociocratic organizations. He co-authored the sociocracy handbook “Many Voices, One Song. Shared power with sociocracy“.

He is interested in real-life governance that improves how we relate to each other wherever we make shared decisions. Email: [email protected]  LinkedIn: https://www.linkedin.com/in/ted-j-rau-bb75a513b/

Featured Image copyright owned by author and used with permission.