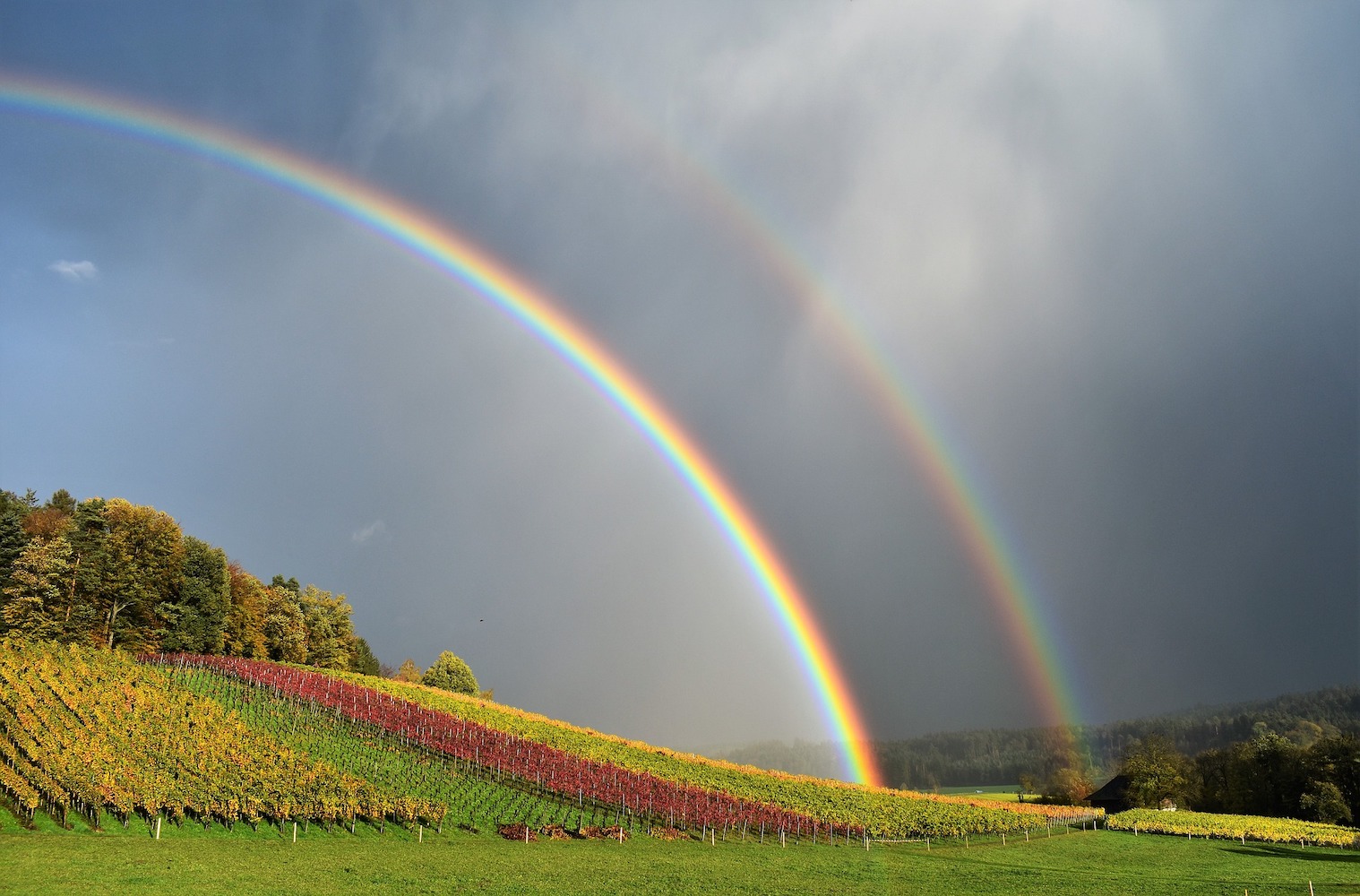 Interview of Emma Back by Jane Pightling for Enlivening Edge Magazine

I was intrigued and excited when I read about the Equal Care Co-op. Having worked with entrepreneurs and statutory organisations trying to introduce new ways of working to health and care I realised that none of them really challenged the power imbalance that exists between care provider and care receiver.

I described the initiative as audacious when sharing posts about it on social media and I was serious. This Co-op was breaking every rule in the book and I couldn’t wait to speak to the woman behind it.

Emma spoke to me from her office. I could see the cloudy West Yorkshire skies through the window in the background, but despite the weather outside, her joy as she spoke about her work lit the room. She explained her journey via a city farm in London through mental health advocacy services and commissioning. [i]

“But the reality of the work never lived up to the intention”. Moving north and having a baby she describes as a period of family and floods and working alone in an office, developing her ideas for a new way to deliver care—a way that empowers care receivers and communities.

“I felt that it was inevitable. Some part of me said this must happen. I realised eventually I couldn’t do it all by myself and reached out to a good friend of mine, Kate. Luckily she said yes almost immediately”—and Emma glows again.

Emma describes her love affair with co-production. She despaired as she saw the behaviours caused by the processes and attitudes that are baked into the UK care system undermine the great things that could have been. She describes the pain this caused her as visceral, a physical hurt. People receiving care in the current system are locked into roles of dependency.

In the Equal Care Co-op care givers and receivers will be members, and community volunteers will also form part of a network of obligation. Emma is working with a gift anthropologist to refine the approach.[ii] She is clear that the language must be able to reflect the sincerity and authenticity of the work.

Her vision is to move peer support from its current side-line position to the heart of the matter, and in doing so break down the stigma of being a care receiver. On eBay we can all be a customer or a seller and participate in both sides of the platform. In Emma’s new Co-op everyone will also have access to a diversity of roles, being able to contribute and receive care as they require.

Supported by the Co-op advisory board, and using sociocracy to enable decision-making and co-creation of the design, Emma held workshops every couple of weeks using the learning circle approach to build a team and the competency to use sociocracy.

She describes how the Calderdale Bootstrap, an organisation that supports social enterprises and aims to build a solidarity economy, responded favourably to her pitch, giving a much-needed confidence boost to get going. The Co-operative movement, which has a strong history in the UK,  has followed two years later with a significant investment from the UK Association of Co-ops into the live community share offer.

She laughs as she recalls how her dreams began to be realised. “Slowly everything began to fit together. Sometimes I think of it like a stack and sometimes like a web”.

She closes her eyes. Emma imagines the digital platform co-op they are creating as the foundations of the model. It allows power to be devolved by supporting sociocratic decision-making and enabling the finances to flow and support the choices of the care receiver and their community. “There is a fair distribution of power and no private gain hidden away in the model anywhere,” says Emma.

Then there is the Care Coin, the currency being developed with the support of the Finance Innovation Lab  which will develop customers into producers and participators by recognising the contribution they make and turning it into an exchangable currency.

This is where the Equal Care Co-op pushes the boundaries much further. There are many care companies who have responded to the government’s call to be community-oriented and many provide community link workers or social prescribing type functions which actively connect care receivers with community and voluntary organisations like churches and charities.

Emma describes that Equal Care does not have a community-led ASPECT—it is community LED: formed of local groups of co-op members called circles. The circle is the site of authority for that area: the care receivers, families, professional care givers, volunteers; all are members of the direct-interest circle making decisions.

Currently Equal Care provides due diligence and other support to local circles.[iii] Over time, as circle members are trained, this will develop into a panel providing backup as needed. The circle will have all the skills and competencies to govern itself but can still call on a central panel of experts if needed.

So how will this movement grow? Perhaps it is no surprise to hear that Equal Care plans that there will be no cost to set up a circle. Instead a circle will be supported to establish on the understanding that they will then pay this support forward to another emerging circle.

Start-ups are often undercapitalised. This is especially true when the start-ups are social enterprises or founded by women, Emma explains. “We are hoping to create a runway to get our co-operative off the ground without having to stop constantly to chase small bits and pieces of funding. Hence the community share offer which is also better than a single investor as it changes the power dynamics.”[iv]

“Instead of one big angel investor sitting at the table we have many community angels, all dedicated to seeing us succeed and many willing to put in time as well as money. The UK is a friendlier place than many for this type of investment raise but it’s still bloody difficult”.  She smiles.

A team of many colours

The team she has created and the methods she has adopted have helped. ”I realised I don’t have to do it all myself; sociocracy allows me to give away the pieces others do better which would not have been possible in a traditional structure. I love working here; I’m allowed to cry in the office when I need to—we can be our whole selves at work.”

She describes how she thinks of her past working experiences as being different colours, coloured by the dominant relationship: the manager and the managed. Whilst she has had some great managers, she is more satisfied in her current team of many colours where there is no one relationship that obscures all the others.

Success according to the Equal Care Co-op

“We will have succeeded,” says Emma

Collaboratives and co-ops are the natural evolution of co-production and austerity which are currently driving change in the UK and Europe . Austerity demands new approaches; it is not possible to do the same or more with less. Co-production of health and care, working jointly with care receivers and their family carers and communities demands new organisational forms that are fit for this purpose.

Emma identifies the real test of the Co-op as its ability to deliver block contracts. This is a method where a provider is contracted by a government commissioner to deliver a broadly defined service, often for a geographical area or larger group of people with certain needs or medical conditions. If Equal Care can work here, then the future of social care will be rainbow-coloured.

[i] Commissioning in the UK is the system by which health and care servcies paid for by the government are planned purchased and monitored. It has been around since the 1990s when changes took place to separate purchasing from providing in an attempt to create an internal market and encourage efficiency and innovation.

[ii] I laughed and said I had never heard of this. Gift giving is a universal behaviour and yet the times and circumstances of gifting varies in cultures. It is argued that gift giving moving through to reciprocity and then to contacts and markets are influenced by the cultural models of a community. Understanding how this works in a community will enable the design to reflect the cultural values and work well for the community.  Emma  is aware that the model could be misinterpreted. Taking a western and paternalistic view of care, her model would be criticised as taking advantage of those who should be looked after.

[iii] This covers various regulatory duties making sure they comply with government rules and standards about how care is provided, how finances and accounts are managed and that the organisation complies with rules about how a Co-op must operate.

[iv] Community shares were introduced in 2009 and can be issued by co-operatives. No matter how much you invest each member has one vote. Investors can receive dividends in a similar way to owing ordinary company shares and can cash in the shares and recoup their original investment.

Featured Image by Pitsch from Pixabay