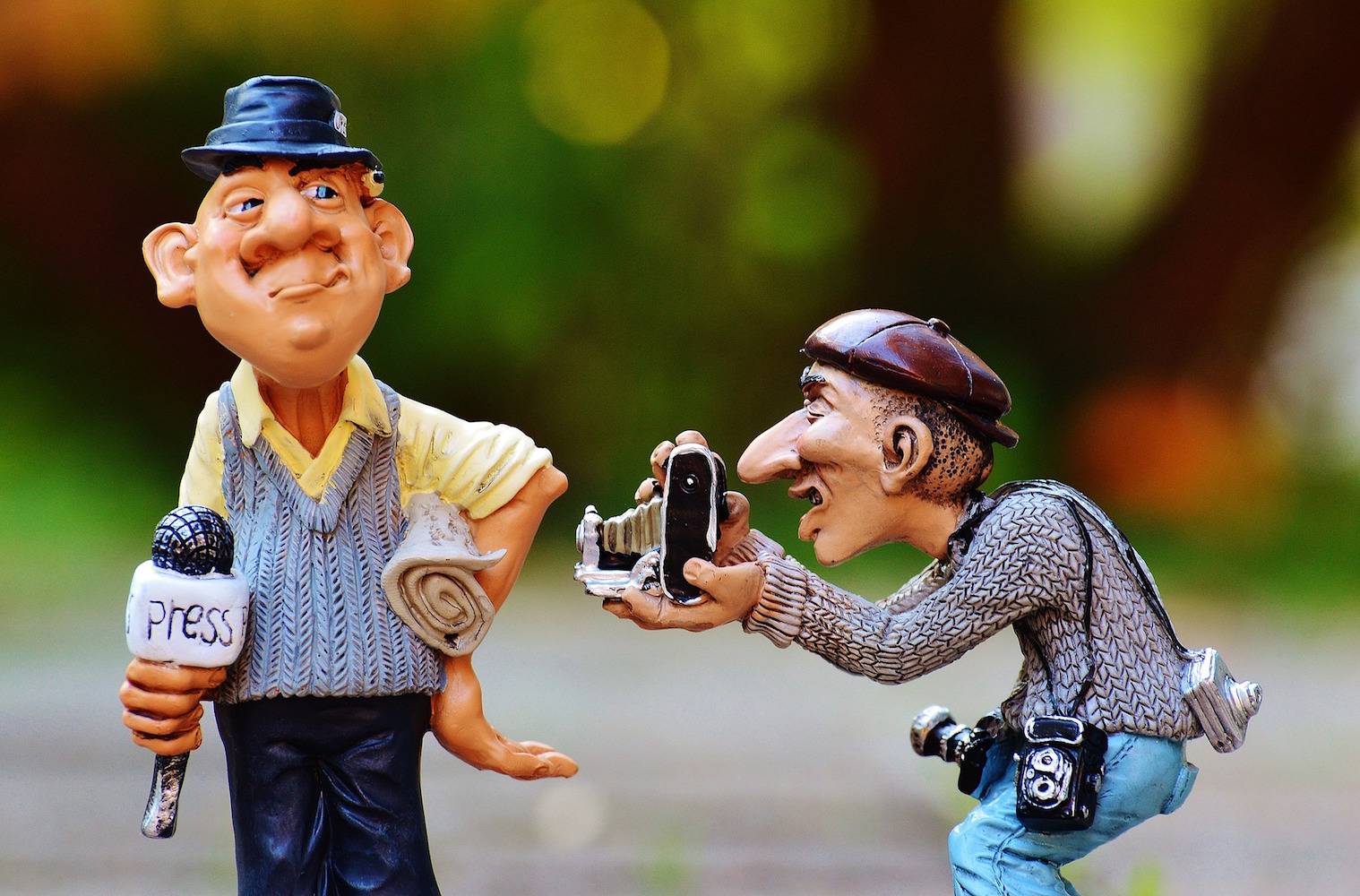 Media for the Common Good: Part One Curator’s Note: Friend and colleague Peggy Holman offers a thoughtful framework for understanding what the revitalization of the journalism industry might look like, and how, in the process, it might become a force for positive societal change. It’s a fitting time for us to curate this two-part series as we observe a new effort emerging in Peterborough, Ontario: Citizen-led dialogue and community development in direct partnership with the media. To learn more about that effort, click here.

During times of upheaval, we need stories that are inclusive, generative, and inspire us to engage. Some journalists are starting to provide them.

At Elevate Engagement, a conference organized by the Agora Journalism Center and Journalism That Matters, a nonprofit I helped found, more than one journalist acknowledged the destructive influence of journalism’s cultural narrative on African American communities. The good news: That conversation is part of a trend of revisiting identity and purpose under way among many journalists.

While I have worked with journalists since 1999, I am not a journalist. My engagement work in organizations and communities had convinced me that an effective approach to change is through story. I came to journalism wondering if what I knew about engagement might be of service to a storytelling profession that, I believe, has tremendous potential for positive societal change.

In the last two to three years, I’ve seen journalism moving toward more community-centered approaches. Drawing from what my work with journalists and my engagement work has taught me, I offer what I see emerging from the soul-searching currently happening among journalists.

The Elements of Journalism by Bill Kovach and Tom Rosenstiel offers a classic definition of journalism’s mission: to provide citizens with the information they need to make the best possible decisions about their lives, their communities, their societies, and their governments.

I offer a twist to that definition: to support communities to thrive, journalism provides people (not everyone is a citizen) with the information they need to make the best possible decisions about their lives, their communities, their societies, and their governments.

While the purpose of journalism remains grounded in information, that information exists in the context of community. If that seems a subtle shift, would stories that have contributed to fear of and despair in black communities been written the same way had they been done on behalf of thriving communities? I think not.

What would it mean if journalism committed to thriving communities? Shifts happening at the leading edge of local journalism shed some light on what’s possible.

Community well-being is at the heart of journalism.

When community is at the heart, listening to the needs and aspirations of the people guides every aspect of the work – the stories chosen, who is interviewed, the questions asked, the forms stories take, how they are distributed, and how they are used. Several journalism startups help journalism organizations bring these ideas to life, connecting newsrooms with their communities to listen and learn. Notably, Hearken, and its founder, Jennifer Brandel, is having an impact, in many ways democratizing journalism’s editorial process by providing processes and platforms that integrate the public through all aspects of a newsroom’s story cycle.

From homogenous to inclusive

A few years ago, an editor friend was bemoaning the loss of a time when the front page of the daily paper provided a shared view of what was important to know. About that same time, a 2014 American Press Institute study found that only one-fourth of African Americans and one-third of Latinos believed their communities were accurately portrayed in news media. The American Society of News Editors has tracked newsroom diversity for almost 40 years. Since 2000, the workforce has remained about 87 percent white. With such an overwhelmingly white makeup, it’s not surprising that they’ve missed stories that accurately reflect and matter to communities of color.

Our communities are a tapestry. My work with change has taught me that a turning point occurs when we see ourselves in context.

Journalism can help us understand one another and the complex weave of the many identities that make up our communities today.

Startups, like the Seattle Globalist, which highlights diverse voices and trains the next generation of media makers while covering the connections between local and global issues for Seattle, or initiatives like the Rochester Democrat and Chronicle’s Unite Rochester, which is designed to raise awareness about race and racism, and inspire a more inclusive and creative approach to solving community problems, are helping us see richer pictures of our communities.

If we wish to find breakthroughs to the challenges faced by our communities, then we need practices that transcend conflict, in which our differences become a source of creativity. Which leads to another critical shift that I am seeing in journalists and journalism.

From detached to engaged

At KPCC, Southern California Public Radio, Unheard LA is literally putting community members on stage, sharing stories rarely surfaced in media. Its creator, manager of public engagement and president of Journalism That Matters, Ashley Alvarado, described the impact of engagement in her newsroom. “Unheard LA and Feeding the Conversation – a series of engagement-sourcing gatherings that bring together community members, reporters, producers, and editors around specific themes or coverage areas – have changed our reporting.

Previously, reporters would rely on known sources they had worked with before and knew they could rely on. Now the voices that we are hearing in our station’s reporting are increasing and diversifying, and the perspectives that are being shared in these reporters’ stories are broader, nuanced and unexpected.”

Stories connect us by making visible deeper values we share, such as good health, good work, a place our families can thrive. They generate empathy as we see the humanity in each other. When we connect around the things that matter, our differences lead the way to ideas that draw from all of us, including what we want to conserve and how we seek to progress.

Through the Elevate Engagement conference, participants contributed to a manifesto that begins to define what engaged journalism looks like. A snippet:

“We want to see journalism be less transactional/extractive and more about partnerships.”

…We recognize that people need experiences, connections and relationships, not just information.

We start with curiosity and a desire to be a force for good through our storytelling and communication. We offer our own vulnerability and are willing to step out first into difficult conversations and situations. We are inclusive, bringing diverse stakeholders, partners and communities to the conversation.

Quite a powerful stand from these journalists and their community colleagues! Engagement naturally leads to another promising trend in journalism.

Generative stories, which illuminate possibilities, are a pivotal force for supporting communities to thrive. More than any shift in how journalism is done, I believe generative journalism could spark a renaissance of hope and increase public involvement in civic life.

Particularly in our changing times, the current emphasis on problems often leaves people discouraged, frightened, or disconnected. Why else do people take media fasts? Journalism can help us navigate upheaval by emphasizing inquiry, ideas, and possibilities. To be clear, I am in no way suggesting we avoid complex, conflicted subjects. Any subject, no matter how serious or tragic, can be told through stories that engage, inspire, and activate the public.

For example, InvestigateWest, a nonprofit investigative news organization, includes solutions as part of its approach.  Their groundbreaking story on the hazards of chemotherapy exposure for health care workers resulted in passing two laws improving worker safety in Washington state (Hibbard, 2011).

According to Rita Hibbard, executive director at the time, what made the difference were the possible solutions from other parts of the world contained in the story (R. Hibbard, personal communication, January 30, 2012). In fact, she told me that in her 30 years of investigative reporting, that level of impact was almost unprecedented. Hard-hitting journalism made a difference because it offered possibilities.

Generative journalism is more than a good idea. Social science teaches us that when we cease to have a positive image of our own future, cultures die (Polak, 1973). Conversely, when we embrace generative images, like sustainable development or a man on the moon by the end of the decade, it accelerates achievement (Bushe, 2015).

An approach that is gaining traction in newsrooms is the Solutions Journalism Network (SJN), which trains journalists to cover how people respond to problems. While it still draws from a simplistic problem/solution mindset, SJN is making a real difference by making visible more of the whole story – not just the problem, but how people are addressing it.

When journalism is inclusive, engaged, and generative, it is well positioned to contribute to the civic life of communities. By collaborating with others, journalists help to cultivate a system of civic communication that equips the public with the structures it needs to see itself and its world. Some journalism organizations are experimenting with contributing to such meaningful conversations. One of my favorite examples involves journalism startup Spaceship Media, which works with news organizations to support meaningful conversations to bridge divides. In one of a series of projects with AL.com, they asked Alabama Trump voters to talk politics and values with California liberals, proving that civil conversations can be had.

What excites me most about Spaceship Media is that it works at the intersection of generative journalism and meaningful conversation, with stories feeding the conversation, which sparks new stories, which, of course, inspires further conversation. It’s stretching civic engagement muscles for everyone.

Given these new journalistic forms and practices, what will it take to spread? In the next installment of this series, I’ll discuss what the future looks like, and how we can all pitch in.
This article was originally published on http://AllSides.com. AllSides uses crowd-driven, patented technology to identify bias in news sources, and showcases a variety of perspectives on any given issue to help build bridges between conflicting ideas and people.

Republished by Enlivening Edge Magazine with permission of the author.