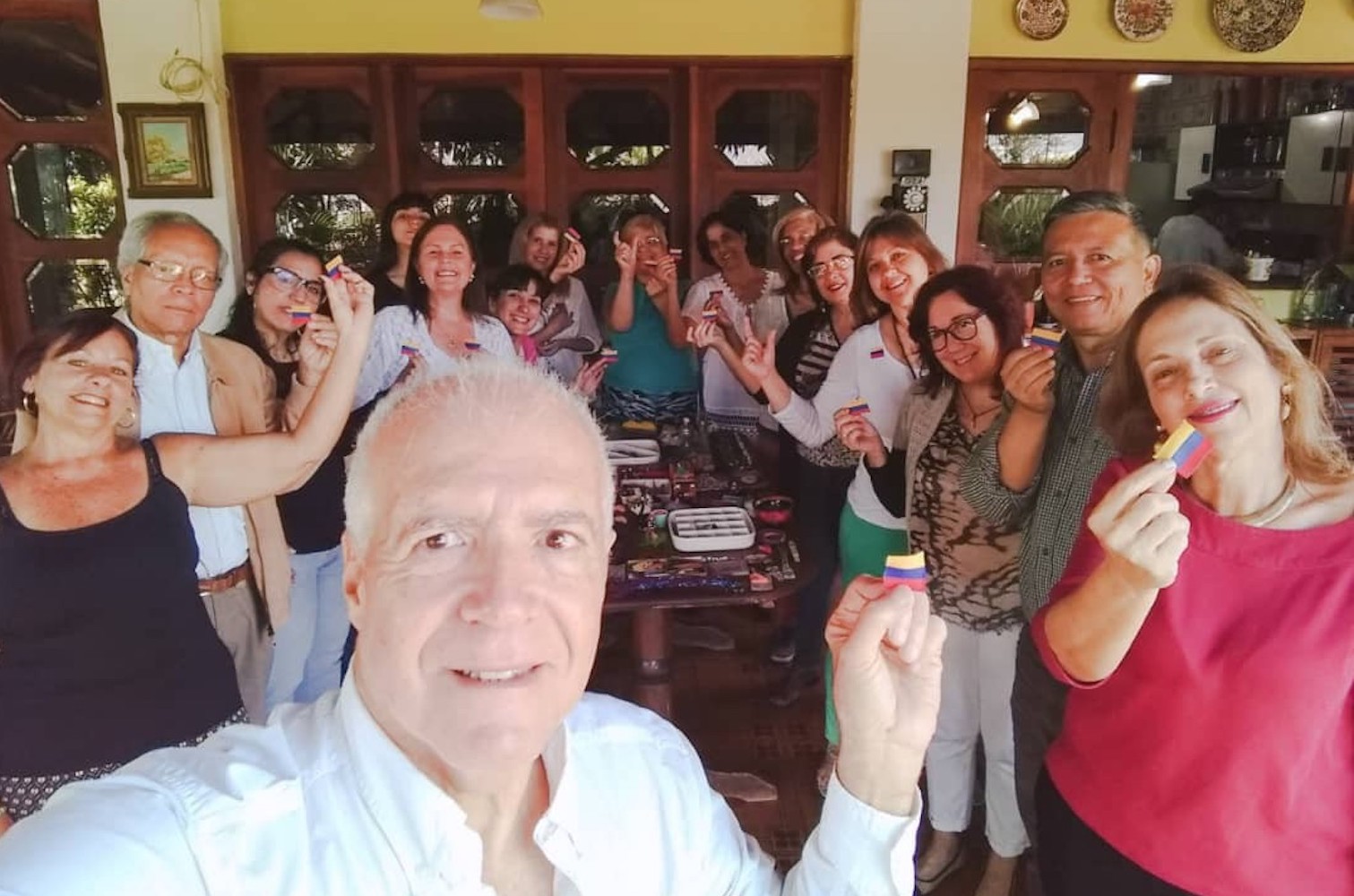 Transforming a Society (Venezuela) Against All Odds – Part 2: January to February 2019

By Helio Borges and originally published on Medium.com

This article is the second in a series of four that follow a five-month evolutionary journey of three dreamers, who in their effort to transform a society that is suffering the effects of a complex humanitarian emergency under a very authoritarian regime, are undertaking a transformation of their own.

“Our intention is to co-activate together with you, a global movement that is creating practical solutions that bridge the three divides, Ecological, Social, and Spiritual, by reinventing the education through the integration of head, heart, and hand, by advancing democracy, by making it more direct, distributed, and dialogic, and towards transforming our economies towards sustainable wellbeing for all”. Otto Scharmer. Global map and screenshot of participants

On Jan 17th u.lab-S held its first live session. It was a breathtaking experience in which more than 600 people located in 149 cities of 35 countries in the 5 continents participated. They belong to more than 300 teams that work in every kind of transformational and innovative endeavor that you can think of.

Locally, we assembled an extended team of 16 change makers coming from our past cohorts, and in this “train the trainer” first session, we expressed our intentions:

We had planned to participate in the program with a focus in Education, but the systemic forces that shocked the country made us shift it to Democracy as time went by, because as it turns out, no effort in education is sustainable in a country suffering from a “complex humanitarian emergency” under an authoritarian regime.

Jan 10 — Nicolas Maduro is inaugurated for a second term as president after a widely disputed election in May 2018, from which most opposition parties were either banned or refused to participate, and most of the electorate boycotted. Immediately, more than 50 countries refused to recognize him as president.

Jan 23 — Juan Guaido, the newly elected President of the Asamblea Nacional (National Assembly), the only legally elected democratic institution left in Venezuela, is acclaimed as interim president in massive popular assemblies held across the country. For the Venezuelan people, as for the rest of the world, this was a time to choose between democracy and authoritarianism.

Jan 30 — Maduro says the effort to unseat his government is a coup’d’etat instigated by the United States to steal the country’s oil reserves.

“In this new February phase, the teams are beginning to work hands-on to map out the system and go to its edges, to gather key observations and insights. These practices establish a better understanding of how all the stakeholders experience the current situation — particularly the ones that are most marginalized, whom we often know the least about.

Through this module, participants are learning new ways of perceiving blockages, needs and opportunities in their stakeholder systems, using various levels of systems-thinking analysis: from symptoms down to the deeper root issues at play”. Presencing Institute.

We felt chills run up our spine when Adam Yukelson mentioned the Venezuelan team and our picture was shown on the screen. It was real, we were there!

This was the live session of Feb 14, in which the Core Team of u.lab-S, composed by Otto Scharmer, Adam Yukelson, and Kelvy Bird, together with Danya Cunningham and the MIT Co-Lab students, officially launched the lab and showed to us how the 3D systems modeling methodology worked. After watching the live session we, the core team together with our extended team, made our own 3D Mapping experience created by Marietta Perroni, which she called “Cornucopia”.

This 3D modeling system was created by her with the purpose that the participants may be able to observe beyond the obvious (the disruption surrounding us) and focus on the resources available to them, sometimes in unsuspecting places, to come up with a systems change intention.

We met for the third time on Feb 28 to practice the 3D Mapping methodology broadcasted by PI on Feb 14. We also practiced the 20 minutes dance of 4D Mapping, a Social Presencing Theatre tool developed by Arawana Hayashi. “The 3D mapping exercise revealed very important barriers within the psychological, that is, work on the emotions of Venezuelans, twenty years of controversial feelings have left scars that must be transmuted from hatred to love”. Nathaly Briceño, a member of our Extended Team.

Feb 6–8 — The Venezuelan National Guard blocks a bridge on the Colombian-Venezuelan border using shipping containers and a tanker truck ahead of the arrival of aid trucks escorted by Colombian police. Speaking on February 8, Nicolas Maduro states “with…aid they want to treat us like beggars…we can take care of our children and women. There is no humanitarian crisis here.”

Feb 22— British billionaire Richard Branson hosts the Venezuela Aid Live concert in Cucuta, a Colombian city located in the Venezuelan border. Juan Guaido attends and meets with presidents of Colombia, Paraguay, and Chile, among others.

Feb 23— The aid showdown at the border comes to an end. Aid trucks fail to enter Venezuela from Colombia and Brazil while clashes between protestors, Maduro supporters, and the Venezuelan military injure 285 and lead to more than four deaths.