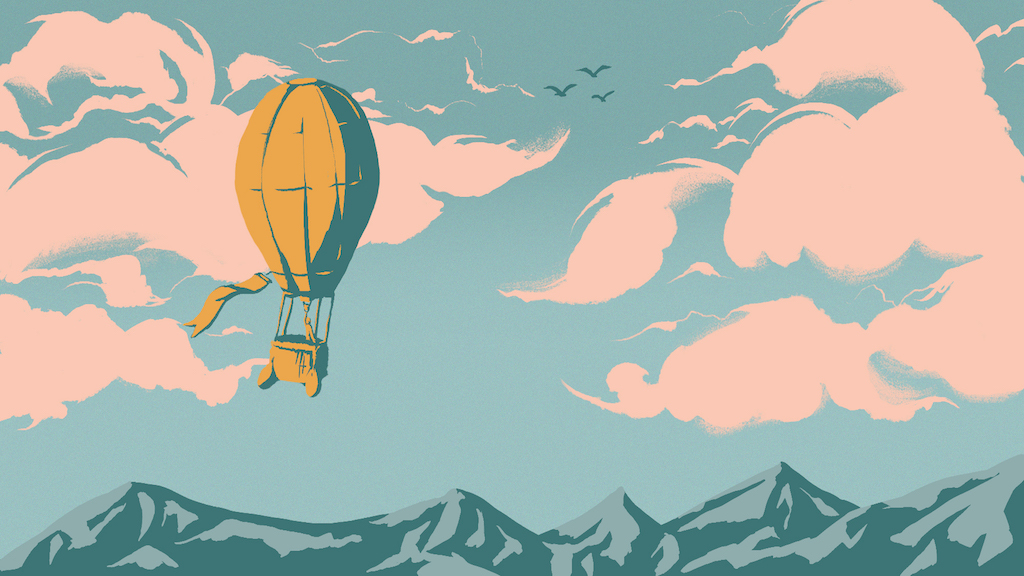 There’s a difference between believing something to be true, and knowing it’s true.

You can make all the right noises, say the right things, join the appropriate groups on LinkedIn. But it’s only when a belief is put into practice, when you participate in it, that you really understand.

When Nicole, who has led creative brand agency Neo as managing director for two years, announced this summer that she was stepping down, many of us in the Neo studio felt a huge hole had appeared in our lives and our work together. It was sudden, unwanted, unbidden. It was, frankly, unwelcome.

As an agency we have transformed under Nicole’s leadership, making a series of moves that align us more closely with our purpose: to find what matters and make it matter more.

How Neo has changed

Over the past couple of years, we’ve been more ambitious about the work we seek, and the places we look for it. We’ve challenged ourselves and our clients to question habitual ways of working, asking how we can commit to creativity at every stage (Keynote presentation software program, your days are numbered).

We freed ourselves from timesheets and moved to price our services based on the value they deliver, not just the number of hours they take. We’ve sought like minds and created new partnerships; we’ve been certified as a B Corp. And we’ve shifted the ways we relate to each other as colleagues, adopting practices such as mindfulness and active listening to help us grow as individuals, connect with one another and do better work together.

We’ve found ourselves increasingly involved in the movement that has crystallised around Frederic Laloux’s Reinventing Organizations—a theory and practice showing what more purposeful, human-centred organisations look like, and why the future could be made by them.

That movement has been brought home to us through our work with such ‘next-generation’ organisations as Here, Future Considerations and Enlivening Edge. These organisations challenge conventions of hierarchy. They value leadership as a quality brought by anyone with vision and appetite, not those with the correct job title. And they act on that belief.

This is something that matters.

And then—our own leader told us her plans to change role, and we found ourselves questioning everything.

Given that we’re a small, close team, we perhaps take it for granted that we’re already doing some things differently.

Our founder, Nick, building a new life in the Welsh borders over the past year, might have just sought to recruit a new managing director, and to tell us whom we can expect to be reporting to next. In business, the choice of who leads you isn’t always a matter up for team discussion. But from the beginning of this change, the whole of Neo has been involved. And a bigger choice, encouraged by Nicole and Nick, quickly became clear.

We could recruit a new managing director. We could find someone with great values and passion for meaningful work, and with experience of running a business. Maybe that person would have come from the existing staff team, ‘stepping up’ to fill the void.

Or—or—we could see this moment of uncertainty as a precious chance to step into something very different.

Our work is in change, and our role as a brand agency is to help those we work with to navigate the risks and opportunities of saying something different. That’s always caught up with organisational anxieties—of making a gaffe, of missing the mark, of simply getting it wrong. You don’t get a powerful new brand or campaign without facing down fear. But what lies beneath the surface is the individual’s fear of committing to a different approach.

For those new to the team, Emma and Rich, there was an immediate feeling of ‘What? This isn’t what I thought I’d signed up for!’ For Becky and Rose, refocusing their commitments around becoming parents, there were questions: What kind of agency would they want to come back to? And how legitimate would it be for them to make a decision that others would have to implement in their absence?

For Charlie, there was another strain of unease. Would people look to him for answers he didn’t have? As someone who’s pushed for new ways of working, waved the flag for reinventing organisations, would he be up to walking the talk?

At first. our group explorations of self-management were facilitated by Nicole, bringing her knowledge and passion for it, as well as her guidance on the specific business needs of Neo. But it was also important to begin meeting as a team, without Nick or Nicole, to make sense of what lay in front of us. We gave this time. and we had help (thanks John).

Slowly we worked through the questions we were holding. Our practice in listening well to each other paid off here. Without that level of trust, perhaps some of the issues we were holding wouldn’t have surfaced so easily.

Some of us wanted to make decisions fast: ‘We have only XX weeks till Nicole gets on a plane to India, we need to move!’ But allowing that time to hear everyone, and to take away questions and bring back new information to the group, ensured no one felt rushed into a hasty choice. There was space for everyone, and respect for everyone’s personal perspective. In a way, that group dynamic itself, working without an official leader for the first time, began to feel like the proof of concept for self-management we were looking for.

A few weeks in, we came to the decision to commit to self-management—without a vote, in what felt like a natural consequence of our conversations together. And from there things did begin to move quickly.

For this next stage of Neo, we’ve created a transitional team that’s putting in new processes to enable full self-management. This group is drawn from across the different areas of the business, with Kat, Emma, and Sam taking it on.

The moment of choosing that team was a surprise in itself. The line-up emerged naturally from a spontaneous group conversation sparked by Jack about where our individual appetites lay. We weren’t actually due to decide for a couple more days—and we had a special workshop already designed, with external support booked.

For the person who’d planned that session, coming back to the news that it wasn’t needed was a shock—but in the spirit of making sound decisions no more slowly than necessary, it was an early example of what’s possible. That session was repurposed, and took us further with our plans.

The transition team meets at least weekly to check in on the issues—financials, business development, recruitment—and makes recommendations for where any actions need to be taken.

Some decisions are easily made there and then, within the group meeting. For choices that will meaningfully affect the whole staff team, the group calls for the whole team to come together. And anyone who wants to be part of an ad-hoc group, taking on a particular challenge, can do so, regardless of where they sit.

This demands frequent, fluid communication to work. We’re experimenting with online tool Asana to share our information and conversations, and we are looking at other options, to avoid email meltdown and endless face-to-face catch-ups. We’re noticing that it requires an extra level of attention; it’s up to all of us to notice and to engage.

We’re just at the beginning of our journey, but there’s a new buzz at Neo. Already, every day, we’re seeing qualities in each other that are surprising us. It’s exciting how quickly systems are being reinvented to better serve our emerging new shape and our ambition to deliver work that matters.

There’s still uncertainty, anxiety. There are mis-steps and deadends. For example, we considered moving to employee ownership at the same time as removing hierarchy within the studio—and found ourselves with too many big decisions to make all at once, so we chose to ‘park’ the ownership question for a while. But there’s a growing appetite to learn as we go, and a confidence that, among us, we have what we need.

After fourteen years of Neo, to us this feels like a transformation that goes way beyond what it’s like to be at work.

As we contemplate a world where leadership as we know it is so obviously failing to serve, and where life-affirming, purposeful new ways to organise are spreading with digitally-enabled speed, we’re not sure where it’s all going.

But we’re excited to find out. Not as spectators, but as participants. Charlie works on brands and campaigns at Neo, an agency focused on discovering and communicating  purpose. Drawing on a lifelong fascination with nature, and a professional background in digital content, he’s inspired by the prospect of next-generation organisations telling their stories in ever more engaging and authentic ways.  [email protected]