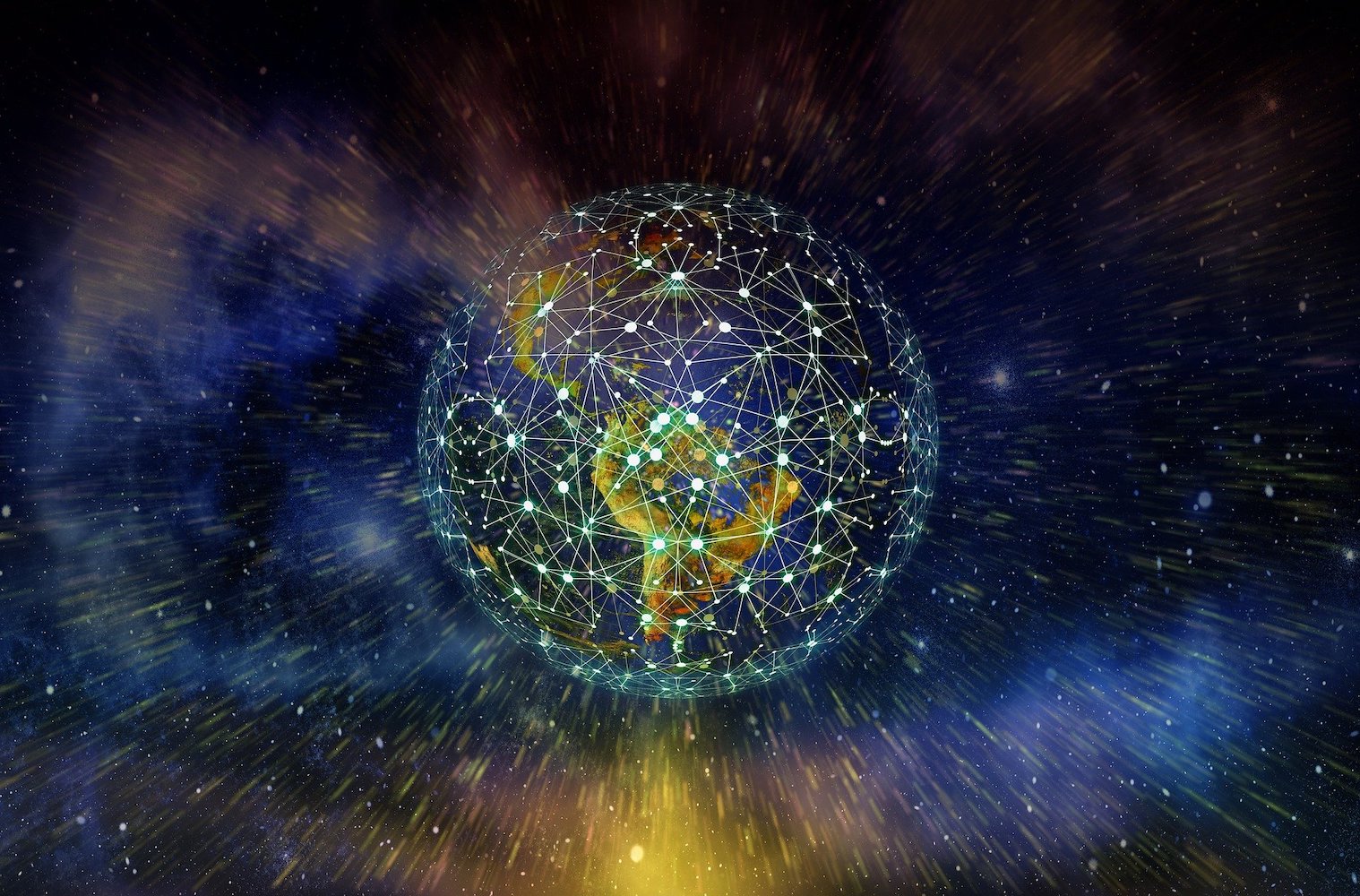 Haier Germany: How to Future-Proof Your Company

By Joost Minnaar and originally published on Corporate Rebels

Imagine a company that is future-proof and ready for the world after the COVID-19 pandemic. Imagine a company that is dynamic, risk-taking, adventurous, rapidly moving, entrepreneurial, sharing profits, flexible, and growing fast. This all sounds like a startup, right? Not necessarily. It can also be the characteristics of a subsidiary of a larger company. At least, that is what the case of Haier Germany shows us.

Making Haier Germany future-proof all started with the Rendanheyi model.

Never heard of the Rendanheyi model? Please first check the animation below.

Why is the Rendanheyi model important for the future? In a recent speech Zhang Ruimin explained it as follows:

“The law of the market is always changing. Every business knows this, but the vast majority of businesses have not turned themself into organizations that can adapt to external changes. […]

No matter how the outside world changes, the organization must change in sync. The traditional organization is unchanged and constantly solidified until it gradually turns into an ’empire.’

The greater the empire, the more dangerous. Just like a very sophisticated machine, in the face of constant changes from the outside world, the only thing an empire can do is not change.

From the Internet to the Internet of Things, the outside world is changing faster and faster, and traditional large enterprises’ lives are getting shorter and shorter.

It’s like the Titanic hitting an iceberg. The Internet of Things era is scarier because more and more icebergs are floating around. If the company is still the Titanic, it could hit a floating iceberg at any time.

That is why Haier has converted the hierarchical pyramid into countless small micro-enterprises, which together form dynamic micro-communities. Each micro-community is like a boat. Each boat is relatively small and has an adventurous spirit.

They are all like ‘Columbus,’ looking for the New World on their own. Each of these Columbus boats can be split into new ones and continue to search for new continents where they can turn the barren New World into a thriving ecosystem.”

To be clear, Zhang Ruimin is mainly talking about how Haier’s Rendanheyi model is practiced in China.

But just how exactly to introduce this model in other companies and cultures is an increasingly important question.

Imagine a company that is dynamic, risk-taking, adventurous, rapidly moving, entrepreneurial, sharing profits, flexible, and growing fast. This all sounds like a startup, right? Not necessarily.

Haier is not only present in China. They also have many subsidiaries abroad, including GEA, Sanyo, Fisher & Paykel, and Candy Hoover.

You’re probably wondering if the model works so well in China, wouldn’t Haier infuse their model as soon as possible to other parts of their organization across the globe?

Do not force change… invite it

That is why they invite their subsidaries to explore the Rendanheyi model in their own cultural content. At their own speed.

Haier invites its subsidiaries to explore the Rendanheyi model within their own cultural context—and at their own speed. This approach has resulted in some interesting transformational stories. For example, we have seen and described what is currently happening in their American subsidiary, GEA.

But we also have detailed stories of other companies adopting parts of the Rendanheyi model, as in the cases of Fujitsu Europe, Zappos, and Bosch Power Tools.

More recently, I discovered what is happening at Haier’s European subsidiary while I was studying the case of Haier Germany together with Bill Fischer (Senior Lecturer at MIT Sloan School of Management), for a recent Global Drucker Forum pre-session.

It is a story worth sharing.

While GEA’s CEO Kevin Nolan can be seen as Haier’s American “Columbus,” Thomas Wittling can be viewed as Haier’s European counterpart.

Equipped with 34 years of experience in the German home appliance industry, Thomas joined Haier Germany in 2018 as its Managing Director. At that time, his team consisted of about 30 people that achieved a turnover of about €20M.

Soon after he arrived, Thomas heard about Haier’s Rendanheyi model and decided to travel to the company’s headquarters in China to learn more about it firsthand.

Thomas interpreted Rendanheyi as a philosophy that allows him to empower his team to be truly entrepreneurial. He also regarded it as a tool to remove the unnecessary bureaucracy from the legacy organization he had just inherited.

Thomas soon realized that he must first change his own mindset to successfully implement the Rendanheyi philosophy in his team. He learned that he should no longer see himself as a senior manager of a large global enterprise subsidiary, but rather an entrepreneur—an entrepreneur with a mission.

And Thomas knew what this entrepreneurial mission should be.

Because of his experience in the industry, Thomas knew that Germany represented the biggest home appliance market in Europe. He also knew that German customers demand high-quality products, tend to stick to local brands, and have a low awareness of foreign brands in general.

However, these challenges did not stifle Thomas’s entrepreneurial spirit—they boosted it. He recognized that conquering the German market is of strategic interest for Haier Europe, so he crafted an ambitious mission stating that his team wanted to establish Haier as the number one brand in Germany within 3-5 years.

Thomas knew that to achieve this goal, he not only had to convert his own mindset to an entrepreneurial mentality, he also had to do the same with his team members.

In 2019, Haier acquired Candy Hoover, which suddenly doubled Thomas’s team to about 70 team members. He then used the merger with Candy Hoover as an opportunity to move the office from the Frankfurt area to Munich.

Thomas provided his newly-expanded team with the opportunity to join him on their entrepreneurial mission in Munich. However, only 5 people decide to join him on this new and ambitious path. The rest of the workforce decided to leave the company, with most moving to other competitors within the Frankfurt area.

Now, Thomas had a problem: building up a new team almost entirely from scratch. But he soon realized that this relocation brought both a challenge and an opportunity. The team decided to make the most out of the situation by immediately hiring new people—mostly from competitors like Bosch, Siemens, and AEG—that were attracted to the new entrepreneurial mission of Haier Germany.

Break up the pyramid

Influenced by the Rendanheyi model, Thomas decided to break up the traditional hierarchy into several micro-enterprises that act as small, flexible teams with lots of autonomy.

The team members who comprised these autonomous teams could now begin to make most of the important decisions themselves, like hiring (and firing), choosing their own investments, and setting their own sales and performance targets.

Just when these teams were in the process of setting new targets for themselves, something unexpected happened: the COVID-19 pandemic hit Germany.

But despite all the potential challenges that the COVID crisis could bring to the micro-enterprises, the team members still decided to set ambitious goals for themselves. They aimed to double their market share from circa 3% to 7%—with at least 30% of revenue coming from the high-end market.

Because the team knew the coronavirus could potentially force Germany to enter into a lockdown, and to ensure they could still potentially reach their targets, the micro-enterprise members decided to take proactive actions to stay close to both their suppliers and customers.

1. Close to the supplier

The team knew that maintaining a constant supply of products was the only way to keep their promise to users during a potential lockdown.

So, the first thing the micro-enterprise members did was begin to communicate directly and intensively with their manufacturing colleagues in China to ensure a constant supply of bulk materials and finished products.

2. Close to the customer

The team also started to visit all representatives of their online sales channels (like Amazon) in person.

They visited their customers to warn them about a potential disruption in the supply chain of their competitors. They also warned the online stores that should a lockdown happen, the sales of home appliances would shift from offline to online sales channels.

However, they also promised their customers that if a lockdown did indeed happen, Haier had already put everything in place to ensure a secure product supply line to the online stores so their sales wouldn’t be interrupted.

The fears of a potential lockdown eventually became realized. Germany (and most of Europe) entered into a lockdown that forced many physical stores and local factories to close because of difficulties with their global supply chains.

Meanwhile, the team at Haier Germany had already anticipated the crisis by securing a solid supply chain and moving most of their offerings to online stores. The decision turned out to be a genius one: online sales went up by nearly 60%.

Due to these (and other) entrepreneurial actions of the micro-enterprise members, Haier is the only appliance brand that has grown during the COVID-19 crisis (on the German market).

As a result, the team was able to reach its targets. They established a 7% market share and even tripled revenues.

More recently, and as the next step in their Rendanheyi adventure, Haier Germany began a royal profit-sharing pilot within the Washing Machine micro-enterprise.

The success was immediate—the Washing Machine micro-enterprise reached its yearly targets by September. In fact, the ten team members of the micro-enterprise performed well enough to earn a profit-sharing equivalent of 120% of their annual salary.

Not bad for a pilot.

Haier is just one of the case studies contained in the extensive and immersive 6-week course from our Corporate Rebels Academy. Click here to learn more about what you will learn from the course and view answers to some frequently asked questions.