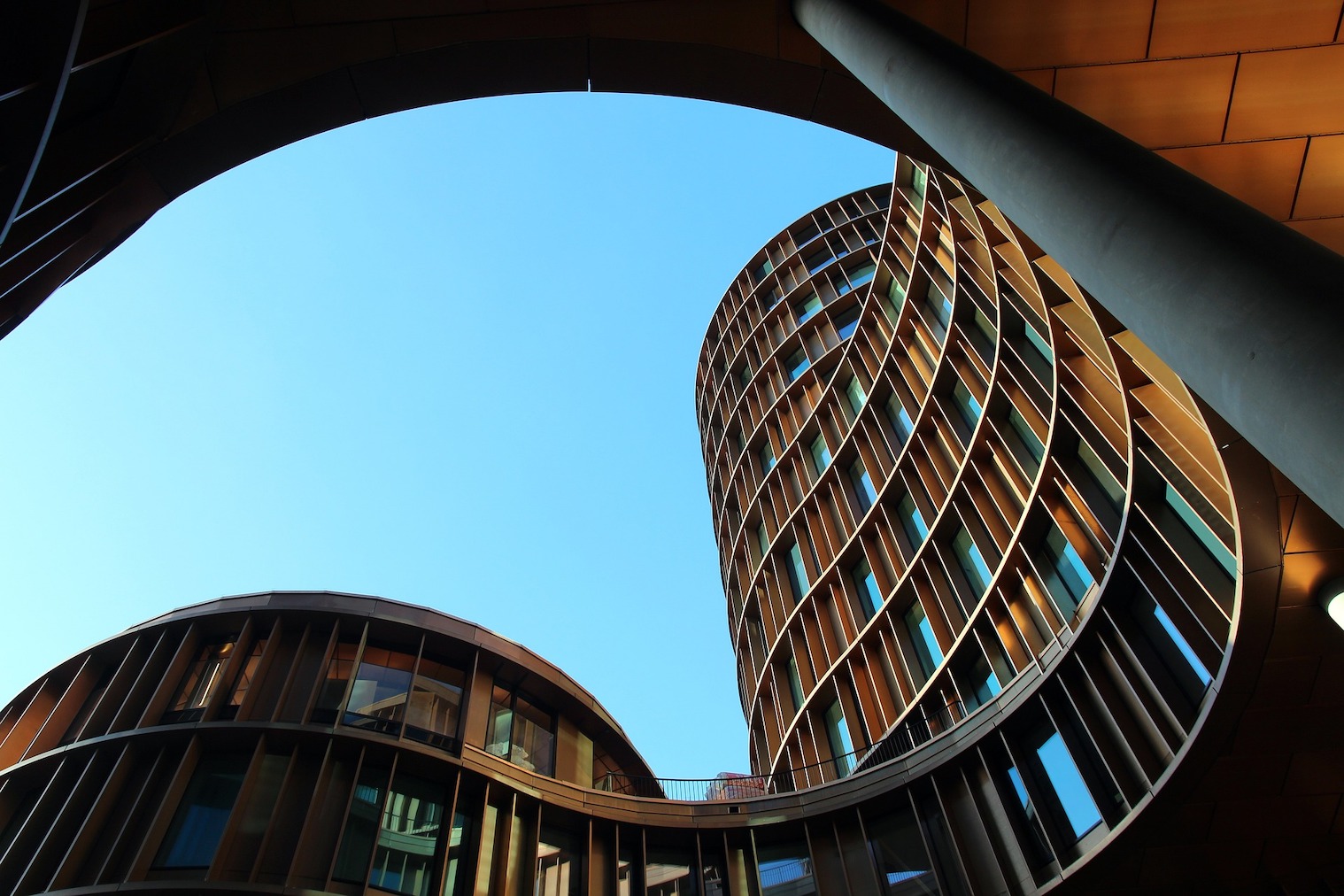 Can Teal be Born in a Red-Blue Society?

Editor’s note: Amir will tell the story of his personal journey related to Teal organizations as Enlivening Edge Community Conversation’s First Thursday storyteller on January 5. Here in this article he shares some of the context and inquiries he lives in and with.

If you are not yet subscribed to get notifications of the Community Conversations, go here and subscribe by the end of your day on Tuesday January 3, to receive access information for participating in this video conversation.

Let me confess that I don’t know how Teal organizations actually are! I don’t know what it means to work in a Teal organization. By “I don’t know” I mean I have not experienced it yet. My quest toward Teal goes back to the days of working as an IT professional as an employee where I couldn’t understand why there are restrictive rules in organizations that kill innovation and autonomy. I come from Iran, a country with many paradoxes. There is a long history behind us and it seems there is no learning from our ancestors’ experiences.

Sometimes I think we are stuck in the Samsara cycle. We are born and die in the same story. We are a country that looks backward most of the time to see what we have lost instead of looking forward to creating a new future. The country is kind of Red and Blue in terms of Spiral Dynamics. It’s rigid, ideological, and authoritative.

I have asked myself several times if it is even possible to be Teal in a situation where inflation is high (more than 40%), relationships with the world are restricted, there are sanctions, people are traumatized through war and economic struggles, and people are living in a highly polarized society.

Living with high inflation makes us selfish. I have no research-based evidence for this, but it’s something I have experienced living in Iran. You have to take care of your assets because if you don’t, they will be worth less. The need to survive becomes the basis for behaviors based on ego. It seems that Iranians have learned to live in such conditions. They have their own ways of living. Our way of life has been defined by macro-level patterns.

Teal seems rather fanciful in such a situation. But, I have a different point of view as I see signs of a new level of consciousness in society and businesses.

To describe what I think, first I take you back to the 80s when Iran and Iraq were in an eight-year war. When the war began I was one and when it ended I was nine. There were times when the red alarm would sound to warn us that we were under attack by warplanes or missiles. In such moments we had to shelter in basements or other places. We had a candle for light, some food in our basements, and we had to wait until we heard a green alarm on the radio. Families adopted a way of life where they were ready for the alarm anytime in the day.

At the time families supported each other by sharing food or other things. It was common for families to live together in more secure locations. Sometimes they even shared clothes or appliances. There was a period of high inflation coupled with the shadow of bombs above the houses, but families and people supported each other. It was like selflessness. I believe the war was a leap toward a higher level of consciousness because people had the shadow of death with them. Such a situation makes you live differently. Life becomes spiritual.

After all these years have passed since the war, there are lots of networks of people working together to support underprivileged people. In reality, they are not official non-profits, but rather a network of individuals working together to raise funds, find poor families, and provide food, employment, healthcare, or any other assistance they may require. It’s like something in the DNA of people. Of course, supporting each other has always been a virtue in Iranian culture. The example I gave is not the result of war but the war helped develop a culture of selflessness. I love this part of our culture that despite all challenges, supporting the underprivileged is part of life.

With the appearance of startups (around 10 years ago), the culture of businesses changed radically. Iranian startups were the pioneers of next-level organizations. They started disrupting work environments.

Colorful open spaces with game rooms were a big change. Then they started to disrupt the way of working. In the workplace, collaboration takes on a new meaning. Fixed working hours disappeared; there was no corner office for managers, and they adopted agility and a fast-fail culture. This change in the business community was another leap to a higher level of consciousness, especially for the new generation. It changed their demands.

Six years ago I started working with a very well-known tech company in Iran as an executive coach and OD practitioner. At the time, the company had been in business for 17 years but they were struggling with organizational culture. The company was divided into silos with a high amount of cross-department and in-department conflicts. They were more like a government organization than a tech company. I interviewed nearly 100 people and realized that there was a common narrative in the organization. Whenever they wanted to talk about an event in the organization (usually negative ones), they used such phrases as:

– The organization asked us to do this.

– The organization decided to make that thing happen.

– It’s the decision of the organization.

After a while, I gathered all of the managers and told them: I have interviewed most of you and I found a persona that you usually talk about when you want to describe something and that persona is “the organization”. My question is, who is the organization? I couldn’t find it!

I asked them: Can you replace “the organization” with “us?” Let’s change the narrative and see how things change.

That conversation successfully changed the managers’ mindset from outward to inward. That day began a journey for them to build culture, gain market share and rebuild their competitive advantage in the market. It was critical because startups were disrupting the market and the work environment.

I became familiar with the Teal organization concept when I was researching the questions I was facing in this company. They didn’t become Teal, but they managed to move up from Amber to Orange-Green on the consciousness-development spectrum.

There are many examples of such changes in organizational culture where organizations have to adapt themselves to emerging conditions. Though they are not Teal, they had to upgrade themselves and look at challenges differently.

Taking a look at current political and social challenges in Iran, we realize that the consciousness levels of people, businesses, and governments differ.

Mohammad Fazeli, a sociologist in Iran, once said in a TV program that the current challenges in Iran are the result of different levels of intelligence. The average intelligence of people right now is higher than the government. It seems that people in Iran feel the need to live at a higher consciousness level while the government insists on old methods of governing. This fragmentation is where challenges arise.

So let me get back to the first question:

Can Teal be born in a Red-Blue society?

What is clear to me is that macro-level patterns and context have a profound effect on moving toward Teal organizations. As an organization, you may face restrictions or policies that do not support adopting emerging models and mindsets. Government policies are based on the level of government consciousness. I think you can more or less validate my statement in your country.

What I experience now is that we are in a liminal space. The liminal spaces are where you won’t stay. They are passages or stairs leading to different places. In a liminal space, you are not in your last location yet you have not achieved the desired location. It is not here nor there. It’s somewhere in between. There is confusion, struggle, and doubt in liminal spaces. As Richard Rohr well said:

This is the sacred space where the old world is able to fall apart, and a bigger world is revealed. If we don’t encounter liminal space in our lives, we start idealizing normalcy.

Being Teal in my country is a dream. It might not be fully adopted yet, but there are signs and emerging patterns in this liminal space. Usually, there is a higher dream hiding behind the questioning of the status quo.

Currently, in my country, it seems that the situation is chaotic, and at the same time, a quest is underway for a higher level of consciousness.

The next-level organizations are rooted in the current context. They shape from now and from a collective quest. It takes a brand-new narrative to make the dream real. The narratives remind us of the future.

The ability to listen to such novel narratives can be expanded by starting them. Different consciousness levels can be like living in different worlds, and different worlds have different languages. Ken and Mary Gergen, two pioneers of social contructionism mention in their book Social Construction, Entering the Dialogue:

Every domain of life has its own vocabulary that defines the rules of the game as well as that domain creates a new language. The world of barbers is different from the world of scientists.

And I think we will be able to take steps to our next stage by understanding the new stage language. by creating and spreading such new narratives, not just in Iran but all around the world. As those become more available, more people will encounter them, and those who resonate will be encouraged to introduce the new changes that will uplift their own workplaces and thus support everyone seeking developmental changes. 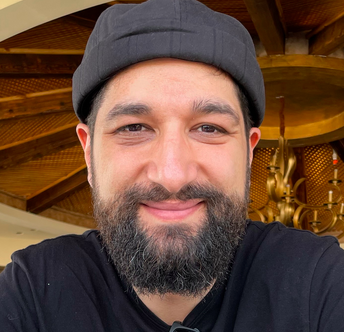 Amir Mehrani from Tehran, Iran is a facilitator, author and OD practitioner with a focus on dialogical approaches to change. He is founder of Hamro.org, a consulting company on organization development.