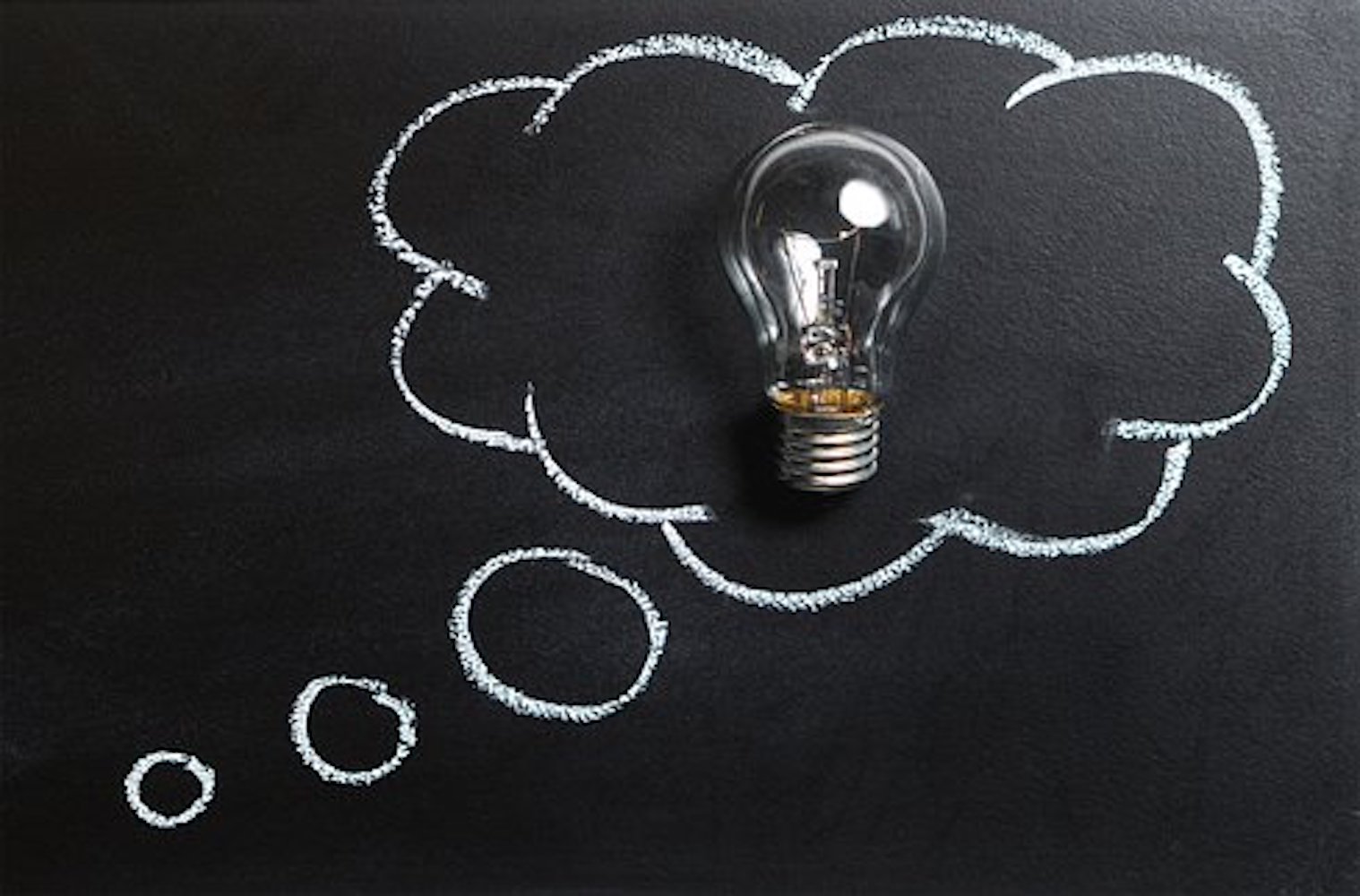 Education should act as a cradle for civilisation. Can the dominant model of schooling morph from an “assembly line” model to an “ecosystemic” model?

How can we, collectively, facilitate this essential transition? The Global Education Futures report, “Educational Ecosystems for Societal Transformation” diagnoses the main problems with education in its traditional form; interesting proposals are made about the direction of reform.

The idea is for learning contexts to operate as part of unified ‘Evolutionary Learning Communities’ (ELCs) with a focus on ‘healthy, harmonious, holistic living and being’ (pg 53).

It is beyond the scope of this article to elaborate fully on the ELC model; however, the aim is to move from an education system that is fragmented, individualistic, competitive, and absent of social collaboration, to a life-long journey in which young people are able to develop their individual competencies, co-create together, and understand their sense of place in the biosphere.

ELCs incorporate the development of self-organised communities that can respond to the challenges of the future.

Within this framework, schools can act as ‘hosts’, creative spaces linked closely with local and international communities, connected via emerging technologies.

According to the report, in formulating schools as ecosystems, it would be possible to increase educational diversity and facilitate collective learning spaces, alongside opportunities to develop students’ strengths without the damaging presence of standardised assessment. The development of new metrics of measurement is also discussed. For example, the possibility of ‘competence-based profiles’ to replace examination scores, currently the only measure of student performance.

The most exciting aspects of the ELC model are:

Currently, national education policies across much of the western world developed as a consequence of the “Global Educational Reform Movement” or GERM. As described by the visionary Finnish professor of education, Pasi Sahlberg, key components of the GERM are characterised by: tightly enforced curricula, school and teacher accountability (assessed via standardised assessment scores,) and market-like competition between schools. Education reflects society and is therefore, in many countries, underpinned by neo-liberal values around what constitutes progress and success, and how to measure those.

Sahlberg has described the GERM as:

“an epidemic that spreads and infects education systems. Education systems borrow policies from others and get infected. It travels with pundits, media, and politicians. As a consequence, schools get ill, teachers don’t feel well, and kids learn less”.

Clearly, a paradigm shift is required. In a context whereby a GERM-inspired educational climate is often deemed ‘common sense’, despite clear evidence to the contrary, we need to co-construct alternatives.

As suggested by the GEF report, this can take place via a “consciously created consensus” about how education must evolve.

This will require a community of practice, involving school leaders, parents, young people, and academics within which clear ideas are formulated from the bottom-up. A movement of bottom-up, grassroots coordination will be needed.

Government will not change path based solely on the (albeit consistent) assertions of academics. Only when pushed by a groundswell of popular support can such a shift be attained.

As concluded in the report, education should act as a “’cradle’ for new civilisational models, a ‘sandbox’ where new ways of living, working, playing, and creating are collectively tested and distributed’ (pg 72). Absolutely. What is needed are: ‘rather than ideal possibilities… actionable and navigable pathways toward a thrivable and wisdom-based society’ (pg 95). This is where our focus needs to be.

The concept of ‘ecosystem gardeners’, outlined in chapter 4, presents a useful metaphor for those wishing to facilitate change.

‘Gardeners’ of the ecosystem

According to the GEF, role of ecosystem gardeners involves: ‘seeing the larger system, engaging in generative and transformative conversations… co-creating futures with the stakeholders of the system’.

Ecosystem gardeners are viewed as ‘curators of change’ who ‘cultivate the seeds of tomorrow’. This metaphor works productively when members of the ecosystem wish to grow in a similar direction.

What is flower, what is weed?

Answers to the question ‘What do we do about the weeds?’ are less clearly defined. The report raises an evocative question:

“Could education be one of the roots of the modern crisis, as it reproduces old and inefficient patterns of mass thinking and acting in our society? Or, can it become part of the solution, a sphere wherein new practices and new values for a better and healthier world are cultivated and transferred?” (pg 3)

Whilst I and many others might answer, “Yes”, not everyone agrees that the system is broken. Like it or not, schools are currently assessed as to their individual attainment, and many people continue to perceive that academic ‘intelligence’, assessed via examinations, is the only way. This is all that most people know. To cultivate and grow a new educational ecosystem, we need to shift the consensus as to what is a flower and what is a weed. Not everyone agrees about how to nurture the garden.

In the UK, for example, there are scores of professionals, parents, young people, and other stakeholders who know the system is broken, but they are unsure as to what change might look like.

Whilst ELCs appear to be a sound philosophical starting point for education evolution, what is now needed are clear, practical solutions and working prototypes as what things might look like at individual child, group, school, local authority, and national level.

In the past, other wide-reaching philosophies have been installed culturally via consciously created consensus. Consider neo-liberalism. Neo-liberal philosophy is highly influential in education policy-making. As products in a marketplace, at secondary school young people are dehumanised, treated as commodities, and ironically, are devoid of individual liberty or freedom.

If they are good ‘products’ who are (a) able to achieve academically and (b) able to conform, they can succeed in this marketplace. The great paradox is, you have individual liberty as long as you are not too individual.

The rejects of neo-liberal education

Encouragingly, the media have recently begun to report more on the awful outcomes of this. For example: adopted children in desperate need of a nurturing school being thrown out of school due to their ‘behaviour’, and the shocking number of young people with special educational needs being excluded as well as a general rise in school exclusion.

This is, to great extent, the consequence of an over-focus on academic results to the detriment of human beings, with a young person’s score on a data spreadsheet carrying greater importance than their well-being.

People are shocked and rightly so. As a psychologist working primarily with young offenders, the majority of young people I meet have been thoroughly rejected by the current system. Hopeless and disempowered, their outcomes are often bleak. This is well known. It is heartening to recall that neo-liberal ideas were introduced not by magic, but by a coordinated lobby of academics, thinkers, and special-interest groups. This was delivered with a consistent, clear narrative by a small number of thinktanks including the Mont Pelerin Society and the Heritage Foundation. For a fuller account see Srnicek and Williams.

The power of neo-liberalism lies in its capacity to be understood and enacted by all members of the system, from the most highly-educated academics and politicians to everyday consumers. Neo-liberal ideas in education are intensely damaging, but can be understood by everyone. They have become the ‘commonsense view’. How can one argue against individual liberty and freedom?

From isolation to connection of the alternative projects

Likewise, the concept of ELCs can also take root and can become the new common sense. There are numerous examples of excellent practice outlined in the GEFR.

It is inspiring to read about educational projects implementing self-guided learning such as Summerhill School, UK, and the Democratic School of Hadera, Israel.  However, different projects are operating in relative isolation and there is no unified prospectus for what change could look like at the whole-system level. In the UK, voices are as fragmented as the education system itself. This represents a significant challenge.

In addition, whilst neo-liberalism was an attractive concept to right-leaning politicos, an easy sell, the removal of standardised assessment and increased self-guided learning is a much tougher sell. That said, in my view, it’s important to think big! If neo-liberalism can take hold, so can new philosophies. ELCs represent a genuine move towards individual and collective liberty and freedom, in contrast to neo-liberal liberty, which benefits the already-advantaged and increases inequality.

Key examples are the suffragette and civil rights movements. Both had their own ecosystem gardeners, who acted as ‘curators of change’ and moderators of the message.

In sum, it is important for thinkers and innovators, the ecosystemic gardeners, to bring voices together and support the development of a shared narrative for change.

The core ideas presented in the GEF report provide a thorough philosophical bedrock.

The aim should be to develop a community of practice around education evolution, drawing on the collective intelligence of those leading reform.

From the consciously created consensus will follow a shared language and clear pathways for change.

Christopher Bagley: I am an Educational Psychologist, academic, musician, and writer, currently working in London as a specialist with a Youth Offending Team. My published research has focused on improving outcomes for the most vulnerable, excluded young people and families. I am particularly interested in the emergence and normalisation of ideas in education and society, and how to promote systemic change.