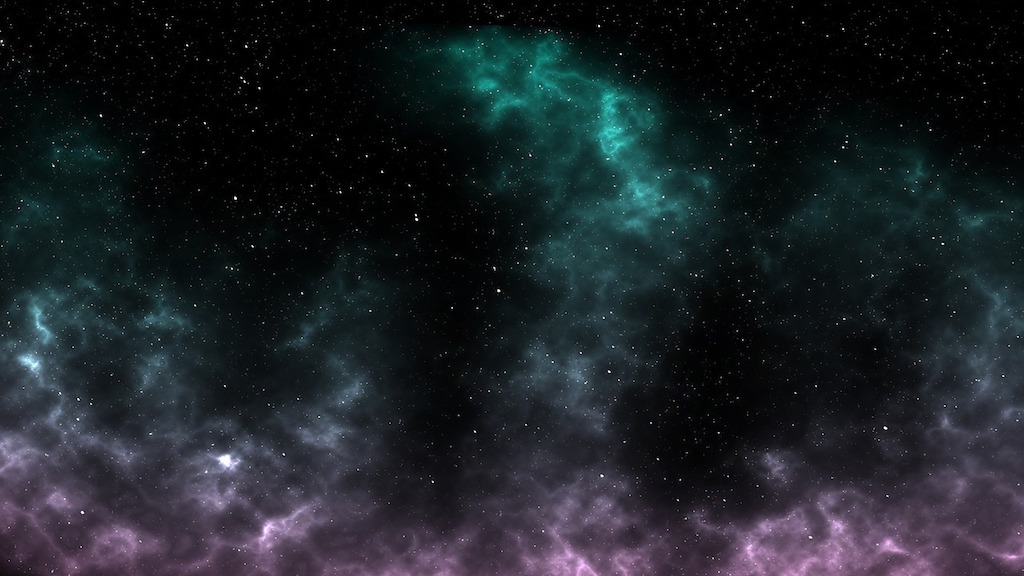 Knowing the historical and personal developmental context for next-stage organizations can help us now.

By Naji Makarem and originally published on medium.com

Our evolving capability to coordinate, collaborate and co-create is driven by 4 major interrelated forces: Personal development, cultural development, scientific/technological development and the development of our political/economic systems (Ken Wilber). Today, many of these forces are changing faster than at any other point in human history. Understanding how they come together to shape society, and how they are doing so at the edge of our emerging world, may give us a glimpse of the future. The next great transformation may be sooner than we might think, and we have the opportunity of being part of it.

Since our days as hunter-gatherers we have been evolving our methods for collaboration and co-creation. We began by organising into greater hierarchies until vertical integration reached its peak in the era of Feudalism. Here we found ourselves highly organized across society with monarchs and emperors at the helm. We achieved hitherto unimaginable levels of coordination and co-creation, building cathedrals, aqueducts and cities.

Communication costs were so high it made sense for just a few privileged elites to have pigeons and horses gather information from far-flung places to gather the knowledge required to coordinate action bureaucratically, across massive hierarchies. They maintained their power-structures by rewarding their minority allies for loyalty and ruling the masses through fear. In Gebser’s development model this was the mythic era, where kings and emperors were believed to be gods. People were highly conformist (Loevinger, Cook-Grueter) and questioned the status quo at their peril.

From Feudalism to capitalism: A story of fragmentation

Since then however, after a long history of vertical integration, the evolutionary trend took a turn towards fragmentation. Our empires fragmented into nation states and capitalism allowed the emergence of companies that re-produced large-scale feudal hierarchies and bureaucracies into smaller scale corporations. Control began to slowly shift from fear to meritocracy as we transcended to what Gebser calls a rational world view, and people over time became more conscientious (Loevinger, Cook-Grueter).

The Enlightenmnet freed us from mythical fear and control to question, explore and think for ourselves. Our new-found freedom and perspective gave rise to the scientific revolution when we invented the steam engine and drastically reduced transport and communications costs. We eventually abolished slavery, adopted democracy and paved the way for feminist and ecological movements in the 20th century.

By the turn of the 20th century we had transformed our economies and societies (Karl Polanyi) and saw the emergence of the consumer society, enjoying the mass-production of cars, fridges, ovens and vacuum cleaners which changed people’s lives. Production was organized hierarchically and bureaucratically, consistent with organizational theory at the time, evident by the seminal works of scholars such as Henri Fayol, Peter Drucker and Henry Mintzberg who viewed the role of management as planning and controlling for achieving ex-ante objectives.

Notwithstanding the catastrophic pathological regression in WWI & II, people had transcended to a rational level of consciousness, with widely-recognized universal human rights as an ethical standard of modern life. Innovation, accountability and meritocracy became the new mantras in social, economic and political spheres.

Since the 1970’s and ’80s the trend towards greater fragmentation and decentralization in our organizational structures took us from the Fordist economy to the New economy. Further declines in communication and transportation costs (together with a global recession and lower obstacles to international trade and capital flows) drove large vertically-integrated organisations to break up into multiple independent businesses. In the political sphere many governments began devolving power to local authorities (as a response to fiscal in-capacity and a logic of subsidiarity). We began to straddle rational and pluralistic world views as people became increasingly individualistic, and empowerment, cultural values and stakeholder value became the new mantras.

Despite vertical disintegration and an emerging pluralistic and individualistic world view, the coordinating mechanism of most companies continued to rely on hierarchy and bureaucracy as mechanisms for coordination and control. They also relied on extrinsic forms of motivation (salaries and performance-related bonuses), and meritocracy was persistently constrained by narrow organizational pyramids. In society at large social inequity rose sharply (Stiglitz).

Today we are arguably on the brink of the next evolutionary leap to new ways of organizing and seeing the world. Signs of this transition are found in new agile ways of working, and more recently the adoption of deep listening or ‘Clean Language’ by agile coaches. It is accompanied by a movement towards conscious personal development, exemplified by a global MOOC called U-Lab, led by Ottom Scharmer and colleagues at MIT, whose Theory-U espouses personal development through deep listening as a catalyst for societal transformation.

Fredrick Laloux’s recent book, “Reinventing Organisations”, has been one of the major catalysts in this movement.

Laloux conducts about 12 case studies of companies he labels as operating at an evolutionary-Teal level of consciousness (Level 1 of Tier 2 in the diagram at the end of this blob, labelled Teal by Ken Wilber). The three breakthrough characteristics of these organisations are self-management, evolutionary purpose and wholeness.

Self-management can be understood as the final step in the decentralising trend since the peak-hierarchy of feudalism. Self-managed organizations achieve coordination through emergence (Birkinshaw). People work in teams and there are no managers setting goals. Teams set their own goals and in some cases even their own salaries. To do so there are practices that enable self-management. The most important one is the advice process: People are free to make their own decisions as long as they seek the advice of people affected by their decision, and invite concerns and objections in pursuit of consent.

James Priest and his colleagues at Sociocracy3.0 describe consent as reaching a decision which participants agree is ‘good enough for now, and safe enough to try’. Decisions have goals and review-dates, so people can feel safe that decisions are not set in stone — at a pre-defined future date they can raise their concerns and objections in light of outcomes.

Essentially self-management and the advice process allows inclusive decision hierarchies to emerge temporarily for the purpose of addressing a driver (problem or opportunity), after which the ‘nested domain’ of authority dissolves back into the self-managed ‘holarchy’ (a term coined by Ken Wilber to capture the natural embeddedness in the world — cells within organs, organs within bodies).

Emergence in self-managed organizations is coordinate by aligning decisions to a widely-shared organizational purpose. Financial objectives (profitability) in such organizatins are achieved through Obliquity (the title of a book on the subject by John Kay), and people are motivated by intrinsic rewards such as learning, being challenged, meaningful goals and a real sense of autonomy (Julian Birkinshaw).

Wholeness is about allowing people to be themselves at work, without the masks most people wear in professional contexts. It is also about personal development, which brings us to Teal level of consciousness, or what Loevinger and Cook-Greuter call Autonomous, and what Graves calls Flex Flow (see diagram at the end of this blog).

Personal development is the perennial subject of all religions, spiritual teachings and psychology. It’s actually conceptually very simple (easier to grasp than to practice!): It’s the skill we possess to consciously select the thoughts, feelings, beliefs and world views that manifest in positive intentions and constructive outward manifestations in the world. The first step to personal development is to distinguish between pure awareness (or consciousness) and the thoughts and feelings in which they arise. This is why yoga and meditation has become so popular in Western culture over the past few decades.

Once we become aware of the thoughts and feelings we choose to hang on to, we can ‘objectively’ evaluate their impact on our beliefs, world views and intentions, and their impact on our well-being and happiness though their outward manifestations (such as our moods, our words, our diet, our jobs and our relationships). Physical and mental well-being, to a great extent, is under our mental control.

The next step in personal development, or what spiritual and religious leaders call spiritual development, is to select the thoughts and feelings that develop beliefs, world views and intentions which manifest constructively in our own wellbeing as well as that of others, starting with our family and friends.

The broader the scope of consideration, the higher the level of consciousness. Spiritual development is a game of harmoniously aligning needs across nested holons from the self to the world. It can neither be played in solitude nor in silos.

Teal organisations require a level of personal development so that employees’ scope of consideration extends to colleagues, the organization and its purpose. Employees who don’t care about the organization and are simply trying to minimize the amount of work they do for a month-end paycheck without listeneing to the voices around them, cannot function in a self-managed organization; thus the emphasis on ‘clean languange’, deep listening and personal development in agile coaching.

According to Theory-U, personal development is enabled by deep listening. Approaching life with an open mind (being open to new ideas), an open heart (being compassionate) and an open will (to have the courage to change — to ‘let go’ and ‘let come’) exposes us to opportunities which otherwise we may miss. Deep listening allows us to tune-in to our emerging self and the emerging future.

Personal development, together with new technologies, are reinventing our organisations and promise to transform our economic and political systems so as to align and harmonize our relationship with the environment, ourselves and each other (Theory-U).

We have barely scratched the surface of the next great social, economic and political transformation. New technologies, organisational models, financing models and world views are interacting to create new possibilities. As we learn to align the purpose of individuals with that of their organisations (the Teal movement to reinvent organisations), we look ahead to the much more complex challenge of aligning the purpsoe of organisations with society at large (Turquoise — level 2 of tier 2 in Wilber’s development model, see below). This meta-alignment will give rise to an Integrated world view (Loevinger, Cook-Greuter) or Global View (Graves) and completely transform our cultures, economies and politics. To sense what is coming we must look forward and around us and learn-by-doing, as the answer will not be visible through the rear-view mirror.