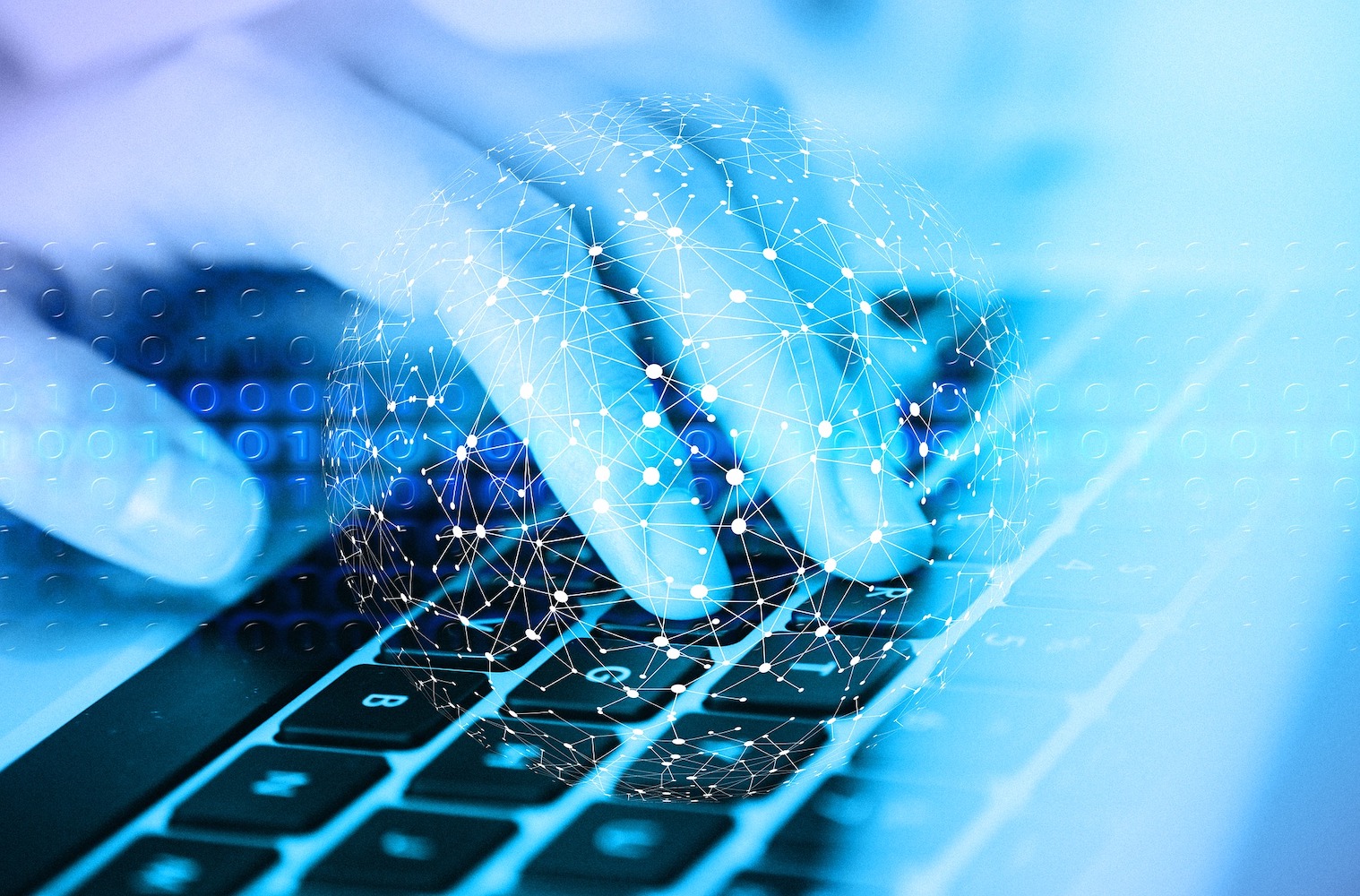 Living systems adapt, innovate and sustain through periods of chaos and change. They function with an awareness of—and in human terms, are guided by—the “Whole”—the web-like pattern of connections between the individuals. This “whole” Matrix—or interconnected team—then becomes a gateway to a greater emergent, collective intelligence.

This article is about the art and science of collaboration and “team-centric” leadership in evolutionary groups, organizations and communities. It is a blueprint for the architecture of interconnection. It is a handbook for shifting from hierarchical paradigms of leadership to functioning as self-organizing systems.

To create teams or organizations that can function as self-organizing systems, we have to first shift the deep conditioning that leads us to conceive of groups as a collection of individuals, and instead see and form the group as an interconnected system.

Matrix Leadership offers a time-tested framework of communication and leadership practices that form groups with a relational infrastructure™. This generates the capacity to function as a Matrix Leadership Network™—or self-organizing system.

Through establishing a relational infrastructure with optimal communication, feedback and diversity, we shape groups toward their true capacity as interconnected teams—or living systems.

We build a relational infrastructure™—a Matrix—pair-by-pair. We learn to “talk to each other” in the open. The quality of our relationships becomes centrally important, as important to our work and life as fulfilling our task or mission. These practices optimize relationships, transparency, learning, shared information, coordination, creativity and development.

The heart of building this relational infrastructure™ lies in establishing a high degree of trust (psychological safety), peer-to-peer communication in the open with exceptional engagement and inclusion. (See also Enlivening Edge, Nick Osborne, “Where’s the Psychological Safety for Speaking Truth to Power in Self-Oranisation?”

From this foundation, teams develop the capacity to generate a high-feedback culture, transform conflict into a multi-perspective group dialogue, differentiate as a pathway to emergence, and facilitate distributed leadership.

Through establishing a relational infrastructure™ with optimal communication, feedback and diversity, we shape groups toward their true capacity as interconnected leadership networks—or living systems.

Individuals are also supported to bring their “whole self” to work, to develop their unique talents, to differentiate from behaviors that do not serve the team or project, and to increase their range of group and leadership roles. Accountability and commitment become relationally motivated.

Matrix Essentials™ form and optimize the system**
**The content of our UK experiential workshop, London, April 2-5

The following seven practices and principles compose the core methodology used to form groups with a relational infrastructure™ and to generate the capacity to function as a Matrix Leadership Network™.

• Person-to-Person. Establish open, transparent communication channels between each pair of people in the “eyes and ears” of the group. Talk specifically and personally to each other (vs. to the group as a whole). As the Matrix of connections fills in (pair-by-pair), realize a felt-sense of being a “whole” or interconnected system.

• Ground of Health: Trust and Resilience. Create psychological safety across roles and levels of the organization. Consciously develop relationships with a ground of “What lights you up?” “What’s going well?” Build on strengths and appreciations. Generate resilience that will support deeper, difficult conversations and riding the necessary waves of chaos and uncertainty.

• Attention to the Whole. Initially, include all voices and connections (over time), with attention to whose voices or perspectives are missing. Which communication channels (or relationships) are underdeveloped or non-existent? Over time, track and notice patterns of interaction that maintain the status quo or hierarchical power structure. In self-organizing systems evolution occurs in part through changing the patterns of interaction.

• Feedback. Create a peer-to-peer, real-time feedback culture. Invest in relationships. Optimize ability to sustain work together and to change what doesn’t serve. Create multiple feedback loops in the open.

• Differentiation. Engage with differences. Include many different perspectives and voices in a group dialogue. Relate to differences as resources, as creative tensions and as aspects of the collective intelligence. Diverge in order to emerge.

Research from MIT (1) and Google (2) into the characteristics of high-performance teams points to one dominant factor. It isn’t the personalities, abilities, or experiences of the individuals. It is more significant than all of those combined.

It is the relative balance and distribution (over time) of all members’ interactions.

We call it a consciously developed, strong and resilient Relational Infrastructure™. For a group to shift from a high level of dependence on a leader (or hierarchical structure or dominant members) to a highly collaborative self-organizing system, the communication and connections between individuals need to be consciously developed. Then, the Matrix (or group as a leadership network) can shepherd the development of the whole group—and of all the individuals in it.

Without conscious attention, these channels of communication between people can be more or less formed and more or less functional, open or transparent. The same people talk most and listen least. The same pair disagrees or harbors judgment of each other.

In a senior Agile leadership team of a large media company every discussion had a version of the same pattern of interaction. The two most senior Agile authors and coaches (Max and Dan) debated their perspectives. The third most senior but considerably younger man, Ben, attempted to serve as a bridge.

The rest of the team was silent or participated minimally. When they did, their contributions were given a perfunctory nod of approval or a quick rejection. Then back to the Max and Dan Show. When we introduced the Matrix Leadership Essentials to develop and function as a relational infrastructure, the patterns of interaction distributed.

The more silent members began to share their ideas with other teammates. The conversation became quite lively. Max and Dan began to comment on others’ brilliant ideas with curiosity. The collective intelligence soared.

Fairly quickly, one of the quieter members spoke directly to Max, “I know you value us. You respect us. You want us to speak up and take ownership. But honestly, you and Dan get stuck in debating and don’t leave room for the rest of us. This new way of interacting is a game changer.”

Max replied, “Wow. You’re right. We’ve been dominating this whole discussion. I haven’t even been aware of missing everyone else’s ideas. This is so much more interesting and productive.” This heightened engagement yielded much more shared author-ship and enthusiastic co-ownership.

Keep in mind: this level of willingness to talk to each other in the open, and to give feedback to those with more experience and seniority, was possible because they took the time first, to establish the norm (pattern) of talking to each other in the open and building the relational infrastructure. And, in that formation, cultivated a ground of health—a ground of trust, psychological safety and resilience.

We evolve from mechanistic and hierarchical assumptions of group dynamics and power, into the capacity to function as emergent living systems— interconnected “Wholes.” We move from being “collections of individuals” (isolated or separate parts) to “parts of a larger Whole” that supports each of us (and the organization)—through our connections—to awaken into our full collective intelligence, wholeness, purpose and love.

Sponsored by Evolving Organisation: The first-ever in Western Europe – Matrix Essentials for Professionals – 2-5 April, London. This experiential workshop will introduce the above Matrix Essentials in a learning laboratory.
Read more or register.

Enlivening Edge is happy to be an affiliate partner of this workshop. Amina Knowlan cofounded Matrix Leadership in 1990. She has been facilitating groups and trainings for over 30 years. She considers herself a social architect and works as a trainer, facilitator, consultant and coach. She is passionate about creating new models of leadership in organizations and communities
that move beyond hierarchical and mechanistic assumptions of separateness, to realize functional interconnection and support sustainable life on earth.