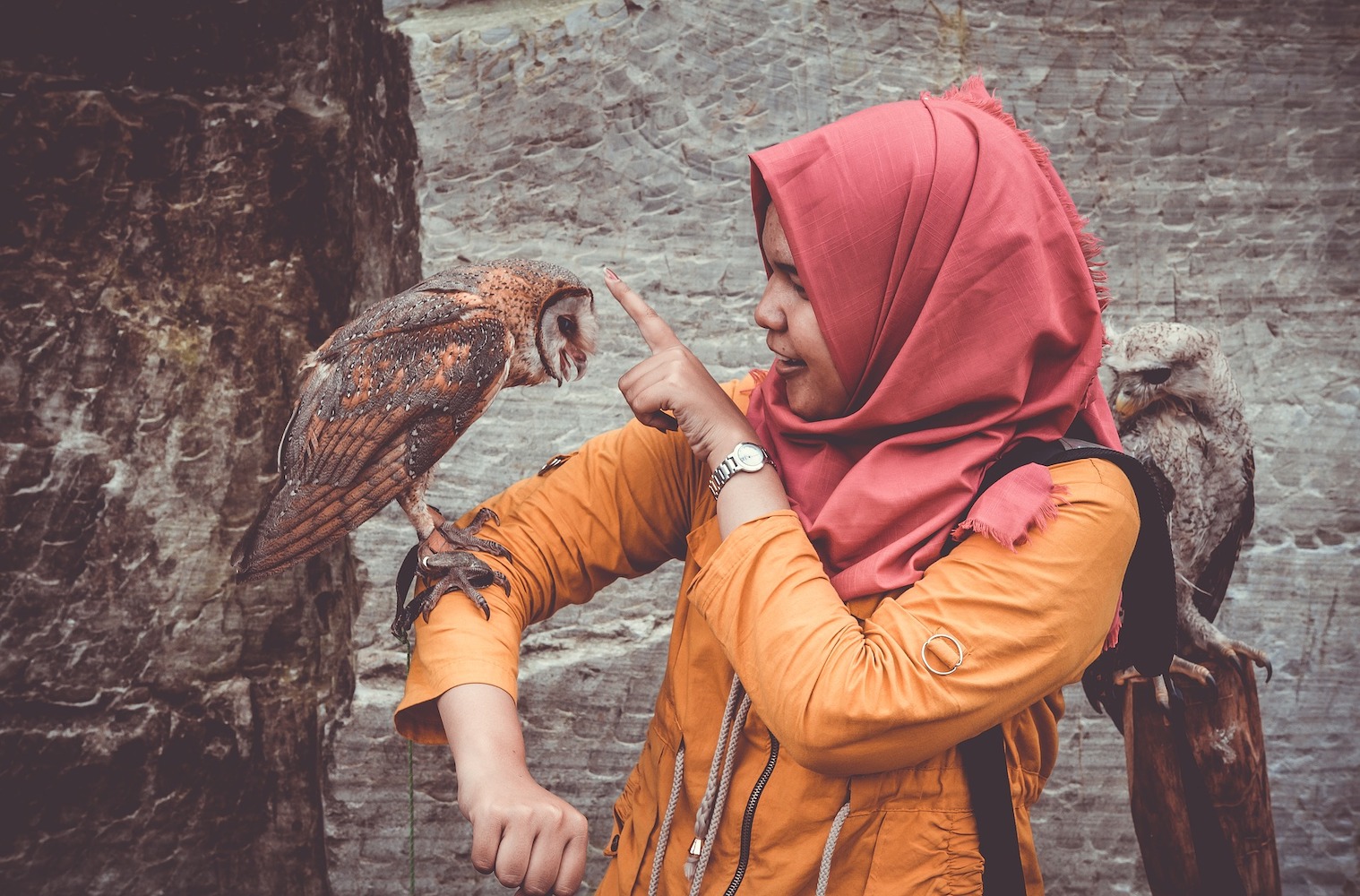 This is the fifth in a series of 7 articles that delve deeper into the Introduction of ‘Seven Stages of Self – Organisation outlined by Nick Osborne’  and republished by Enlivening Edge Magazine.

Getting Past the Glass Floor

When the structures put in place through Stages 2–4 are functioning, we are in a position to implement social processes that challenge shadow power and invite trust, safety, and depth in the interpersonal relations among people energising an organisation’s roles.

Without a structural foundation, any social processes we try to adopt will be rendered ineffective by our natural human aversion to challenging unaccountable, shadow power.

With the protection afforded by a clear structure, we can start to engage with the delicate, complex, and volatile issues which arise from the matrix of informal power relationships.

With the protection afforded by a clear structure, we can start to engage with the delicate, complex, and volatile issues which arise from the matrix of informal power relationships.

Who holds informal or “shadow” power, and why? Sometimes, someone has power and influence because they founded the organisation or created its product. Sometimes, they are more intelligent, more eloquent, or better at arguing.

Perhaps they have an advanced degree or higher social status or rank, or perhaps their race, gender, age, or other identity gives them a power advantage. Sometimes, someone holds informal power in an organisation because they’re part of the ‘inner circle’, closer in relationships with power holders.

These are the conditions for assumptions, misunderstandings, and hurt feelings. Add in unconscious bias, structural inequities in the culture at large, biased group norms, personal histories, and blind spots, and you get amplified and sometimes cascading emotional reactions to perceptions of injustice.

The interpersonal tensions that inevitably arise can be difficult to address, and are often shoved aside in order to focus on the “real” work of organisational roles. For this reason, some people say, “my team is doing great—except for the people.”

Isn’t this why we adopted Tribe Space Apps and social processes in Stage 3? To address the depth and complexity of the interpersonal tensions that shadow power can evoke, we need something different. This is the ‘glass floor’—though we think our Tribe Space Apps should get us there, something invisible stands in the way of our going deeper.

A New Distinction: From Passive to Proactive Engagement with Social Processes

I suggest that the distinction at this stage is between:

A proactive approach to social processes, where we require people to intentionally engage with each other in ways which are specifically designed to foster psychological safety and interpersonal trust.

Here’s another way of thinking about this distinction—in the organisation context, there’s a need for a Self-Organisation practice like Holacracy to shift how work is done. There’s naturally a corresponding need for social processes, or a ‘People Practice’, in the Tribe Space to support a shift in how we relate interpersonally.

I would suggest that at this stage, even when Tribe Space is cultivated, as in Stage 2, and when the structural conditions for psychological safety are in place, as in stage 4, a passive approach taken with Tribe Space Apps is inadequate.

I would suggest that at this stage, even when Tribe Space is cultivated, as in Stage 2, and when the structural conditions for psychological safety are in place, as in stage 4, a passive approach taken with Tribe Space Apps is inadequate.

A New Story: We’re Building a Ground of Health

On the individuals, including oneself. How am I? Who do I become in this group? How, and why?

on 1-1 interpersonal relationships, which together make up the matrix in the image below, and

on the group as a ‘whole’, a living system with emergent properties.

These practices build a “ground of health” in the matrix of interpersonal relationships, support giving and receiving feedback, enable ways of working with differences between people, and transform these differences from potential sources of division into gateways to liberate collective intelligence and creative leadership capacity.

It’s not a quick fix—while the method takes a considerable investment of time, patience, and personal engagement, it achieves the kind of depth we struggled to achieve earlier when our Tribe Space Apps proved insufficient to take us beneath the “glass floor”.

In January 2019, in my search for worthy interpersonal and personal practices, I attended a Matrix Leadership workshop in Boulder, Colorado. It had a profound effect on me, taking me on an eventful personal journey over four days.

Cognitively, I loved the framework. The set of practices felt great, and some were comfortable. Some of the practices were deeply uncomfortable, and I got frustrated and impatient at times.

There was so much sitting around and talking, so many Matrix circles, so much time spent being overly ‘nice’ to each other, or from my perspective tip-toeing around the edges of difficulty. Eventually, through the processes and facilitator Amina’s artful guidance, I saw that my discomfort, frustration, and impatience were all rooted in my own personal psychology and history.

I ended up feeling deeply connected with, loving of, open to, and interested in everyone in the group. That’s highly unusual for me. It was a profoundly humbling and expansive experience and by the end I was high as a kite! (And no, I hadn’t partaken of Boulder’s other famous delicacies!)

There are, of course, other social processes which, like the Matrix Leadership Framework, offer a more complete set of practices. These include Authentic Relating & Circling, Systems Centred Training, and practices from Deliberately Developmental Organisations. I hear that Energized.org’s application of Systems Centred Training in their own organisation and consulting has been successful.

A complete and powerful methodology for social processes such as the Matrix Leadership Framework can create psychological safety and interpersonal trust in self-organisation only after the previous four stages’ growth is in place.

A complete and powerful methodology for social processes such as the Matrix Leadership Framework can create psychological safety and interpersonal trust in self-organisation only after the previous four stages’ growth is in place.

In fact, my view is that a systematic approach like the one offered by Matrix is considerably more likely to succeed than ad-hoc, custom collections of Tribe Space Apps.

The use of such methodologies surfaces lots of tensions which haven’t yet been able to be addressed out in the open. These include different types of tensions, such as:

personal tensions: like my own relationship to the organisational purpose, or issues I have with feeling like the people/org relationship is not fully balanced or equitable

interpersonal tensions: in relationships between people

operational tensions: from my roles, often with other roles about what needs to happen to get the work done

governance tensions: where expectations are off and need to be clarified so that things can be clearer and work better

The obstacle at this stage is that people are often not very good at differentiating between these different types of tensions, or noticing that a tension often has multiple aspects to it in all four of the above contexts.

An additional obstacle is that if there are not clear pathways for processing these different types/aspects of tensions, then they could get stuck.

Imbalanced and unfair, this “partnership” didn’t feel much like a partnership at all. I would have felt safer and better able to engage fully in my work if the organisation had some means of integrating these two different sets of needs:

the needs of the organisation with its own purpose, preferences and priorities, and

the needs of the people who energise its roles

Can we eliminate the structural imbalance that favours an organisation’s purpose, priorities, and needs over the needs of the people energising its roles? This is the work ahead.

These obstacles indicate two things which are missing and necessary to move to the next stage of the journey:

Image by Pexels from Pixabay