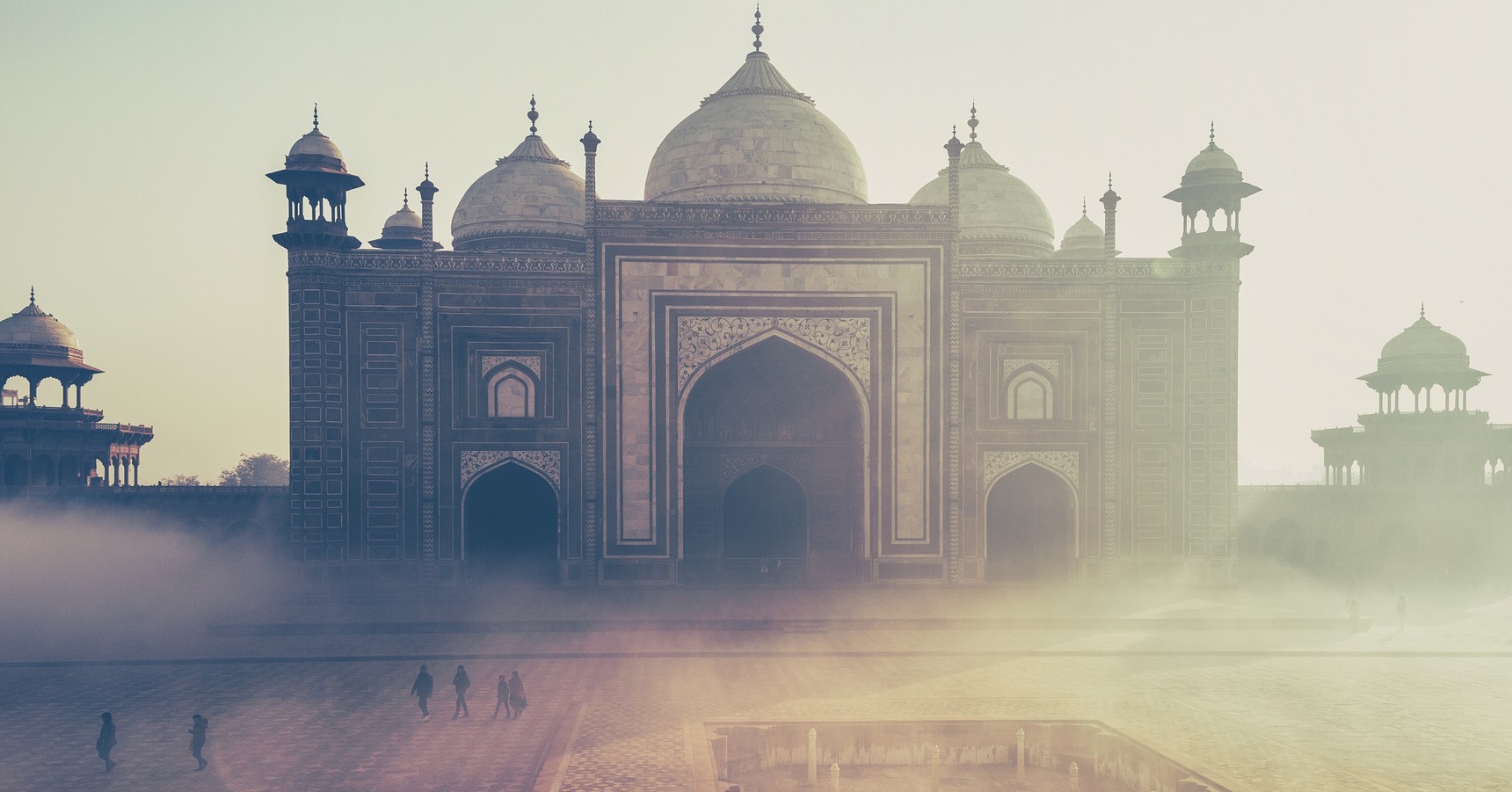 Insights From Holacracy: 7 Ways Leaders Can Future-Proof Their Business in a Fast Changing World

By Mohammed Ali Vakil and originally published in About Holacracy on medium.com

Being the boss is tough, isn’t it?

I know the feeling. I’m in the management team of a few organizations. And I’ve been looking for a way to manage more effectively, without the stress.

My search has led me to believe that most problems in running an organization are not because of people, but because of the underlying systems. And I’ve found that by changing the systems, the problems dissolve.

In my search for better systems, I came across Holacracy — A system for self-management for organizations that replaces the traditional management hierarchy.

Instead of “Managers” and “Bosses” having power to tell people what to do, in Holacracy the power is in the set of rules that distribute authority so that people can be leaders in their roles.

More than 500+ organizations have adopted Holacracy including Zappos and the David Allen Company.

What excited me most is that Holacracy’s way of approaching an organization’s structure is inspired from nature.

In nature, the systems are stable. And when there are changes to the environment, they adapt. Similarly, Holacracy is a self-organizing approach. It constantly adapts to meet the demands of the environment.

With a surge of excitement, I began implementing Holacracy in my organizations. It was no small change!

But as we began to see positive effects, we were hooked. To deepen our understanding, me and my brother attended the Holacracy Practitioner workshop in Amsterdam.

Here are my 7 top insights from implementing Holacracy and attending the workshop — and how they can help you run business more effectively.

1. Your organization runs a social operating system. And it’s out-dated.

The Management Hierarchy represents a rigid power structure. It puts people in boxes with job descriptions, which tell them what they’re supposed to do, and who to go to when they have a problem.

It’s not a bad system. It was a useful model for almost a century. However, times have changed.

We now live in a dynamic world where things are changing rapidly. And the majority of the workforce today are millennials who don’t care much about hierarchies. For them “meaningful work” and “job satisfaction” are more important than “money” and “title”.

Think of Holacracy as a new operating system for your organization. A new way of structuring your organization to meet the demands of a rapidly changing world. It’s a not a model that sits on top of the Management Hierarchy. It replaces it.

If you adopt Holacracy, you’re getting an upgrade!

2. If you’re not adapting, you’re dying.

Do you know how many Fortune 500 companies from 50 years ago still remain on the list?

What happened to the other 88 per cent? They either went bankrupt, merged, were acquired or fell of the list.

The world is changing so fast that if organizations do not adapt, they’ll die.

Organizations powered by Holacracy have a responsive structure. When anyone anywhere in the organization senses an issue there are reliable pathways for them to process it.

As a result the organization is constantly undergoing small changes to adapt to the changes in the environment. Read below on Governance Meetings to see how that happens.

Business leaders have realized that to optimize performance in an organization you must have a great culture. In spite of having great strategy and processes, a team with a lousy culture will produce lousy results.

What’s the best way to improve the culture?

It’s to work on the power structure of your organization. By distributing power, instead of focusing it at the top, a great culture will emerge.

Holacracy distributes authority and power, giving each role holder the autonomy to do the work to fulfill the purpose of their role.

In short, it treats people like responsible adults. Instead of bringing problems to you, they own their problem and take decisions to overcome it.

4. You are not your job title. Separate soul from role.

Most organizations have an authority structure around the people. The higher you are, the more authority you have. Each person has a job title and description.

But here’s the problem: Does anyone actually refer to their job description after they’re hired?

Hardly. People don’t refer to them because they don’t reflect reality. When the work around them changes, the job description remains the same. And when accountabilities are not clear it creates confusion on who should handle what.

In Holacracy, the work is structured around roles that have a defined purpose and accountabilities. They change dynamically to fulfill the purpose of the organization.

People with the right talents and skills energize those roles and have full autonomy to do what is required of their roles.

As a result, team members bring their full potential to the organization. They can work in any part of the organization where there’s a match between their talents and the role.

Unlike job descriptions that are often outdated and irrelevant to day to-day work, in Holacracy people can fill multiple roles with clear & regularly updated accountabilities so that everyone knows what is expected from which role.

Has this happened to you?

Before making a decision you seek permission from the people around you. You ask: “Are you OK with that?”

This is something I’m guilty of. And I realized it even more after adopting Holacracy.

Anytime a decision needs to be made, I would ask all the stakeholders if they “approve” this or not. And if they didn’t, I would modify it so that they would be happy with it.

And guess what? By seeking consensus with everyone, I ended up wasting many hours. And the decision didn’t end up satisfying anyone.

The beauty about Holacracy is that it gives people autonomy to take decisions to fulfill the purpose of their roles.

But what happens when two people in their autonomy want the same thing?

That brings me to the next point.

Your business is never going to be perfect. There’s no such thing. There’s always a gap between where you are, and where you need to be.

In Holacracy, it’s a called a tension.

In most organizations, when a person has a tension, they go to their manager with the problem. If a manager cannot solve it himself, he takes it to the person next up in the hierarchy.

It’s OK if there are a few tensions to address. But when everyone does that, the decision-making at the top gets constipated.

As a result, to get the appropriate attention to your tension, you need to be loud enough or have the right “political” connections to get your point through.

But the best ideas don’t necessarily come from people who are the loudest. Sometimes the person working at ground level may have the brightest idea.

In Holacracy you’re encouraged to bring tensions. They are the driving force for change.

In fact, meetings are called with the purpose to invite tensions and find pathways for them to be processed.

Here’s how that happens.

7. Differentiate between having meetings to work “in” and “on” your organization

Holacracy Meetings are one of my favorite things.

What was that? Meetings suck?

Well in Holacracy, meetings rock. They are insanely efficient. In my organization and in most other organizations powered by Holacracy, people look forward to meetings.

In Holacracy, meetings are structured and facilitated to remove obstacles in the way of your work. They are nothing like typical meetings.

There are two types of Holacracy meetings:

These are meetings to deal with operational issues. The steps of the meeting involve looking at metrics, reviewing checklists and tracking projects.

Anyone who brings up a tension gets asked by the facilitator, “What do you need?” This gives them pathways to resolve their tension.

There are no “heroes” who everyone looks to for solutions. Each person is expected to use the process to address their tension.

In the Management Hierarchy, someone at the top designs the organizational chart based on his “good ideas”. And when there’s friction, there are no good ways to address it. People end up resorting to politics to navigate around the problem.

In Holacracy, there are governance meetings. Everyone gets a chance to share a proposal to change the design of the organization to address their tension.

This gives a chance to someone to create new roles, accountabilities or policies to address their tension, thereby changing the design of the organization to remove obstacles.

Is the new proposal going to be perfect? Probably not. But it’s a way forward, and I’ve found it’s better than how things were before.

An organization under the Management Hierarchy may change the structure once in every few years. In Holacracy, these changes happen usually once a month in small increments.

Small changes are easier to make and result in less resistance.

But will Holacracy work in my culture/country?

Coming from India, that’s what I thought, too.

I was hesitant to adopt Holacracy in my very traditional family-run real estate business. But I was surprised at how well people adapted.

That’s not to say I haven’t faced challenges. But they’re the good kinds of challenges that force us to ask the important questions we often avoid:

“What metrics do we need to see to measure if we’re on purpose?”

“How can we structure our work to fulfill the purpose?”

“Which role has the accountability for this task?”

“Who’s the best person to take up this role?”

Are you a leader in your organization?

Are you looking for a way for your organization to be ready for a rapidly changing world? And run it without all the stress?

I encourage you to explore Holacracy and see if it’s right for you.

Tony Hsieh, CEO of Zappos, said the only thing he would do differently with Holacracy was to adopt it sooner.

That’s my experience, too. There’s never a “good time”. The sooner the better.

Getting Started with Holacracy

Here are some resources to get started with Holacracy

Holacracy.org Official website. Check out their Tactical & Governance Meeting Formats (They got me hooked on the model)

Holacracy Book by Brian Robertson, co-founder of Holacracy. This is a comprehensive book to get started with Holacracy. Foreword by David Allen.

Book: Reinventing Organizations An amazing book on the evolution of management and the emergence of self-managed organizations.

Ted Talk by Brian Robertson. If you don’t have time to read any of the above books, watch this video.

Moving to Teal Is Harder Than We Thought