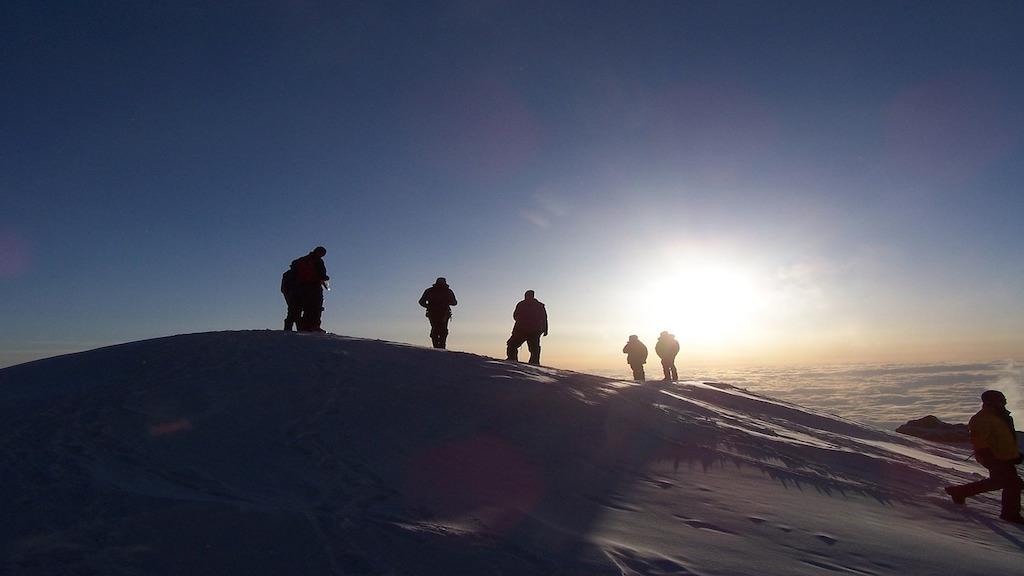 How have many organizations gotten past these four common challenges?

Since we began to share our journey through real life stories, the number of organizations that we’ve co-operated with has reached over 40! The benefits of change that we’ve been observing inspire us to continue our mission, time and time again.

Throughout this time, we’ve also aggregated knowledge about the struggles associated with the transition from the traditional structures seen in conventional organizations, to self-organizing, evolving structures. This is what we would like to share with you in this article.

Meetings in Holacracy differ greatly from what you might associate with a traditional meeting. They are focused on a purpose and are constrained to a strict process by an elected Facilitator. And so, unsurprisingly, meetings are one of the very first struggles that we observe in the early stage of implementation. Here are some thoughts shared by individuals who’ve experienced this first hand at the beginning of the change process:

“I think that decision making takes the same amount of time but the meetings feel slower, because you need to hold back with your comments and ideas. At least, for me. Lots of people don’t feel the same way. When I’m free to talk whenever I want, a meeting feels shorter.”

“The system during the meetings is very strict. But I understand why it needs to be this way. It must prevent people from discussing anything and everything, and it should keep the conversation on-topic. I haven’t thought of a better way yet, but I would like to have a way to just ask questions.”

So if you’re adopting Holacracy and you struggle with the structure of the meetings in the first few weeks, you’re not alone! A point worth mentioning is that after a while, the majority of people can’t imagine having meetings the old way. Thanks to the structure and emphasis on purpose, things truly get done and you start to experience an unprecedented flow!

“At the beginning, the old way of conducting meetings seems faster, but the moment one starts playing by the rules of the process, the meetings actually become faster and more productive.”

In Holacracy, each member of a company that fills roles in circles is seen as an entrepreneur. Whoever fills a role has both the accountability and the authority to decide how to energize it by taking on projects and actions, all in service of the role’s purpose. It’s like running your own business where you’re the one responsible for energizing it and making it thrive. Ownership is at the heart of Holacracy-powered organizations, and it is one of the competences that evolves and develops in the short and long term. Here are some quotes articulating how this can be a struggle:

“I think that [speaking out of a role and expressing impediments and opportunities] is something that will be a shift here, but it is still in progress. We still don’t think enough from our roles. One example is speaking from the perspective of a role holder, when you express the needs of your role. So for example, I may approach another person filling a Marketing role and say ‘I’m speaking out of my Sales role, where I’m accountable for establishing relationships with clients. I would like to take this action… to make it possible, I need you, as a Marketing role, to do…’. I think that this feature is a next step for us and it’s a very important one because it will bring even more clarity into our environment.”

“I think we should become better at reviewing our roles and accountabilities. If something doesn’t align with our purpose and strategy, the relevant role should be aware of that and do something about it.”

“It feels like we’re growing in our roles, we’re talking a lot about this process. However, when we start getting immersed in some project, we sometimes lose the focus on our roles and the purpose they should serve.”

Growing self-awareness of one’s competences, true talents, and capacity is also a focal point in energizing roles in Holacracy, just like an entrepreneur energizes her/his business. After all, if you start your own business and you’re not skilled at it, or you don’t ‘feel it’, what good is it?

“I have 12 roles at the moment, I want to narrow it down. I’m a person that is easily distracted and I need something like Holacracy to make me focused. I think having less roles, having roles that I think I’m good at or where I want to develop myself and get the most out of my qualities, works really well for me.”

This struggle is seen on both sides: former ‘bosses’ and employees. Both frontiers need to merge in one, sharing a common focus and responsibility: get us closer to the purpose of our organization.

Former employees, even if thrilled about autonomy and responsibility at first, often have a hard time acting with independence and embracing this new paradigm. It’s hard, especially at the beginning, to let go of looking for a buy-in or consensus, particularly from the ex-bosses’ side. This behavior is often enforced by the the opposite end of the spectrum too.

Holacracy provides a safe system of self-organization where each person has a clear overview of roles, accountabilities, projects, and actions. People who used to fill executive positions need to learn how to let go of things, to more often take an observer’s chair, to allow for emergence and evolution. Trusting the transparent process and trusting the people that co-create your organisation’s purpose is key.

From our observations, going half-way with Holacracy is not an option. It’s crucial to be sure that you are ready to distribute authority and actively support this change, for example by practicing the phrase: ‘not my role anymore’ :).

“But still, even within Holacracy, you sometimes feel that they (former managers) want to have their say. Some people still actively seek their approval too. So the ex-seniors are saying, ‘it’s your decision, this is my advice, do whatever you want’. I still learn to let go of it. If I disagree with some advice, I will try out my own approach anyway.”

“I think that too many people are still thinking about others instead of what their role should say.”

Although traditionally organized companies might have re-orgs from time to time, more often than not, their structure is thoroughly rigid. Planning and predicting are important, regardless of how you organize, but it’s easy to become fixated on targets and not what makes sense in the emerging reality surrounding us. Projects that made sense a few months ago can be driven to completion and then seem like a waste of time once they have been delivered.

In conventional way of organizing, sensing is the job of a few. These people are the elected ones that are supposed to look out for things. It’s quite a limiting approach when you compare it with having each person in an organization acting like a sensor in his/her roles.

This is something that Holacracy strives to solve by developing a sensing community of roles that co-create and evolve the organization.

Switching from a predicting and fixed mindset to an evolving and sensing one is another hurdle connected to the change process.

So yes, there are struggles. After handling over 40 projects of change, Energized.org has yet to see one where none of the four enumerated struggles weren’t present. Change takes time and effort, and how much depends on the particularities of each context. One thing is for sure, this all becomes easier and more natural with every passing day. Patience and appreciation for the process are both crucial.

“The way to do really big things seems to be to start with deceptively small things.” — Paul Graham

Holacracy is a big thing. In a world which is changing at an ever quickening pace, it’s a new, emergent, adaptive system allowing companies to become living and sensing organizations, organizations that consist of people who choose to energize roles in the spirit of a greater common purpose. All this is built with small steps and many ‘ahas’ along the way.

A Community of Practice……..A Communion of Practitioners