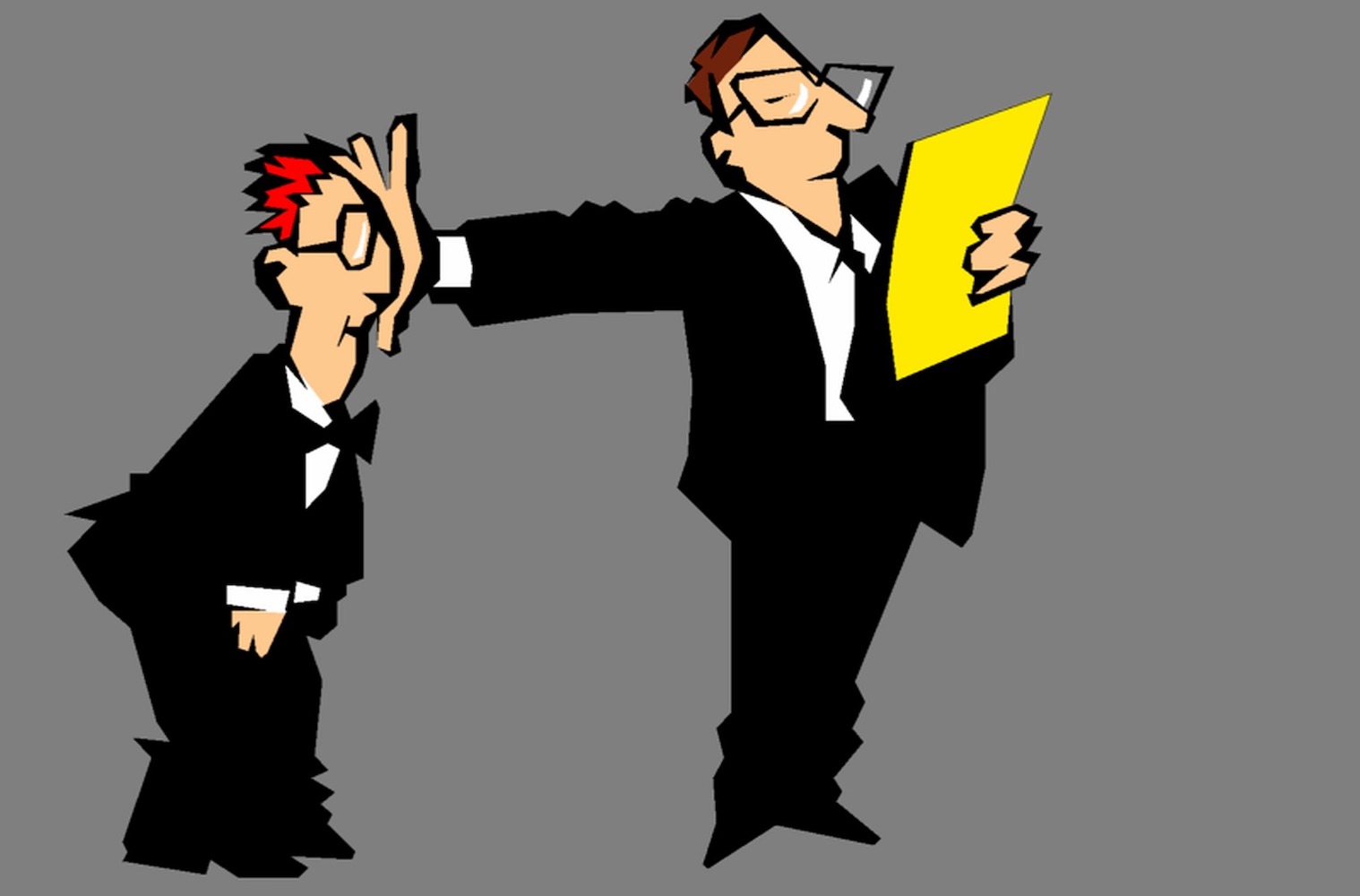 This post sparked a Facebook conversation that has many useful links and ideas about how office language could evolve in a Green / Teal organisation. EE Magazine suggests reading the conversation on Facebook.

Office life is already rife with jargon like synergy and leverage. As if that wasn’t bad enough, our bosses pile on clichés like boil the ocean and pick your brain. We don’t know about you, but sometimes that latter expression doesn’t feel so figurative.

Corporate-speak can really make the skin crawl or make us break out in a cold sweat. Here are 11 of the worst words and phrases you just don’t want to hear your boss say.

According to workplace expert Alison Green of Ask a Manager, there’s no question a boss can ask that will make people more anxious than the seemingly innocuous “Can we talk?” There are any number of variants on this question, such as “Can you stop by my office?” or “Can you give me a call as soon as you get a chance?”

When asked to speak to their boss directly like this, employees often assume they are in some kind of trouble, even if the manager intends to talk to them about something good or mundane.

If you take a step back, it makes sense this question makes people think something is Very Wrong. For starters, Can we talk? is a direction disguised as a question. Do bosses really think someone would answer no to a question like that? Then there’s the fact that the question is open-ended, making the employee a nervous mess as they guess what this ambiguous chat could possibly be about.

Green has a few suggestions for bosses who seek to put their employees at ease: they can specify what the topic of the conversation will be or just schedule regular one-on-one’s with their employees so such talks becomes less foreboding.

Under the heading of Sayings that Just Need to Go Away Already is Happy Hump Day.

Wednesday, of course, has been called hump day in an effort to liven up the drudgery of the workweek, and coworkers may wish one another Happy Hump Day! in a lighthearted or ironic acknowledgment that day-to-day work can be a drag. Evidence for the phrase dates back to at least the 1980s. That’s right: hump day has been with us for over 30 years.

But, even though it’s meant to be cheery, it sounds like nails on a chalkboard from a boss. After all, it’s only Wednesday. Has your boss forgotten you’re only halfway through the week? Which reminds us, TGIF (thank God it’s Friday) isn’t really any better. Try a simple “How’s it going?” if you’re looking for some small talk.

3. A case of the Mondays

Thanks to the 1999 cult classic Office Space, many people are all too familiar with the expression a case of the Mondays.

This film satirized US office work culture and middle management. At one point in the film, the character Peter (Ron Livingston) complains to his coworkers that he wants to get out of the office. In response, a female employee (Jennifer Jane Emerson) states as annoyingly—and hilariously—as possible that he has “a case of the Mondays.”

Thanks to the ironic nature of the film, case of the Mondays is often used in a tongue-in-cheek way. But, when your boss uses it seriously, it’s hard to contain the eye roll. Mondays are already rough enough.

4. What are the learnings here?

Like #1, we can also file this one under Vague but Loaded Questions. To most managers, they probably think a question like “What are the learnings here?” is an honest attempt to get feedback and reflections on some project. But to many employees, what this question really conveys is: “So, this didn’t go well …”

Let this be another reminder to bosses everywhere to ask specific questions of your employees. If you don’t think something went well, be clear and be constructive.

Also, learnings? The casualness just comes across as corny.

Passive-aggressiveness is rampant in the modern workplace, and there is no phrase that better embodies it than please advise.

While it seems banal enough, please advise can be curt over email. If your boss is sending you an email that signs off with please advise, it sounds like they are ticked off because something hasn’t been addressed quickly enough, that they’re dumping some unpleasant task on your desk—or both.

6. Let’s not reinvent the wheel

Back to the Annals of Office Clichés. Causing tedium in cubicles since the 1950s, let’s not reinvent the wheel implies that a process, item, or method has already been developed and doesn’t need to be replicated or recreated.

For starters, this expression is insulting to the wheel, which has been reimagined countless times since it was first invented around 4500–3300 b.c.

More importantly, when a boss uses this expression, it can bridle innovation by suggesting there’s only one way to do things—or, to use counter-cliché, there’s more than one way to skin a cat. (No cats were harmed in the making of this article.)

7. Let’s chat about this offline

Given the plethora of online communication platforms in the modern workplace, you’d think that offline here has to do with the actual internet. If only office jargon were that simple …

Let’s talk about this offline, when not used literally, can be heard in in-person group meetings when a topic comes up that only pertains to a few people and shouldn’t be discussed with the whole group.

When said by a boss, this expression spikes anxiety for the included and excluded alike. Included employees worry that they have done something wrong. Excluded employees fear there’s some secret they aren’t privy to.

If your boss is a priest, then come to Jesus seems pretty clear. But otherwise, why are bosses mixing religion and business?

That’s how come to Jesus became a workplace cliché. Supervisors, for instance, may have a come-to-Jesus meeting with employees if performance needs serious correction.

The expression opening the kimono is icky for many reasons. The expression refers to sharing the inner workings of a project or company and being transparent more generally. It dates to at least the 1980s.

Kimono refers to “a loose, wide-sleeved robe fastened at the waist with a wide sash,” as worn in traditional Japanese culture. That’s why opening the kimono can come off as racist. A 2014 NPR article attempting to trace the history of the expression notes that “it might come from a fear of Japan, given its predominance in business circles.”

It can also come across as sexist, as Westerners often associate the kimono with geishas, though it’s a unisex garment. Plus, it just sounds too sexual. No one wants to think about what’s under their boss’s kimono, figurative or not.

In everyday parlance, stay in your lane is a way of telling someone to mind their own business. At the office, however, stay in your lane can be a way bosses remind you to focus on your job responsibilities, not others’. A 2017 LinkedIn article described one workplace where a giant Stay in Your Own Lane banner was displayed.

The problem with stay in your lane in the workplace is that it can shut down feedback and collaboration. Worse, its underlying sentiments can be used to keep women and other underrepresented groups out of positions of leadership in the office.

11. Come in and close the door behind you

Nothing makes an employee sweat bullets quite like this mother of all anxiety-inducers: Come in and close the door behind you. Especially when said in a serious tone, this directive implies only a few options for what’s going to happen next—and none of them are good.