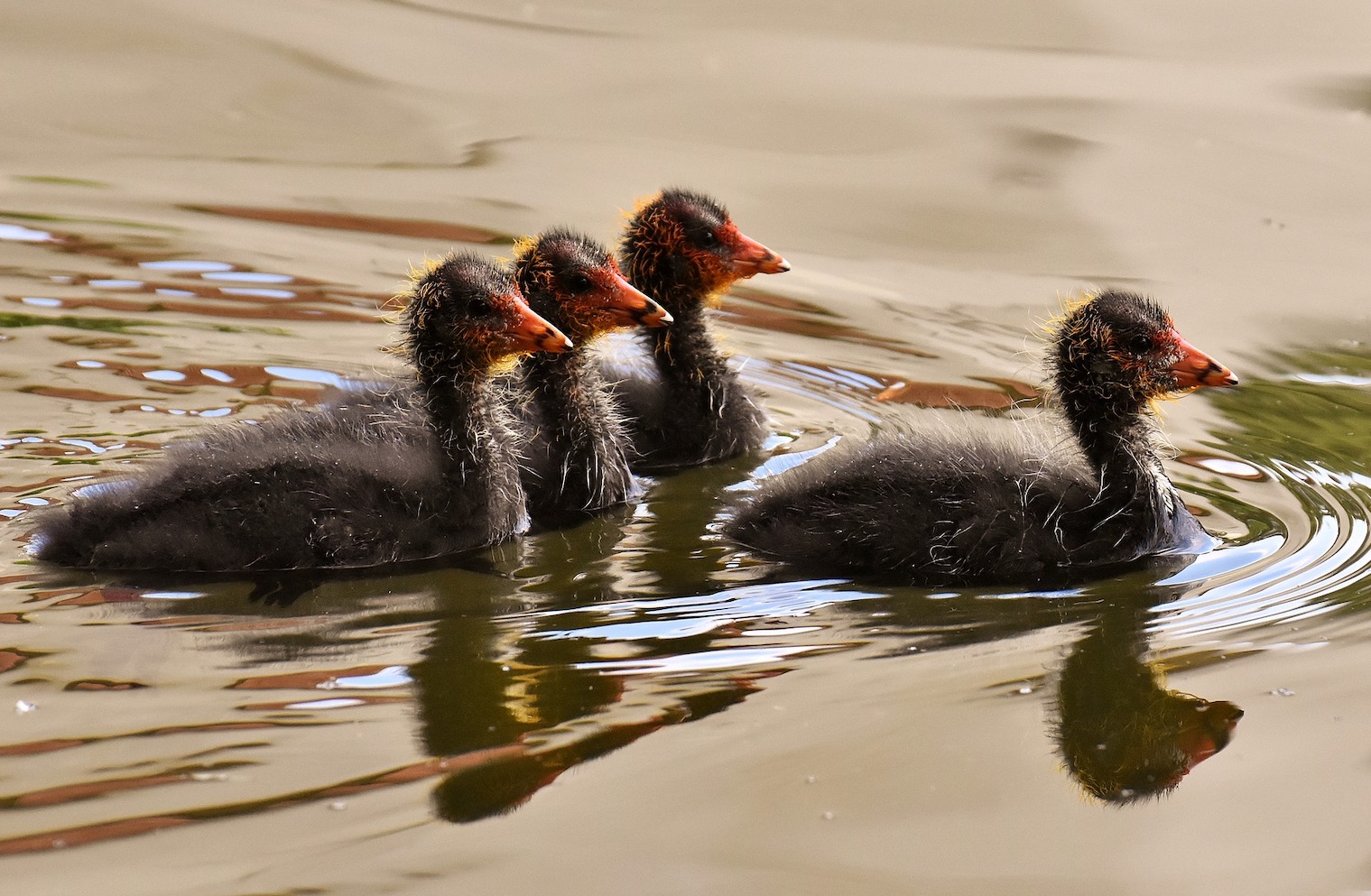 No Boss Does Not Mean No Leadership

Written by Alanna Krause and originally posted on Medium.

A friend got in touch with a question…

“Do you have favorite lessons from being a professional Cat Herder? I’m working in a flat, collaborative group, but I’ve realized that by jumping in to save the day all the time I am establishing myself as the point of control. People instinctively go to me instead of the group at large with ideas and problems. Now I’m worried that if I step back, our plans could fall through.”

Leadership is the force that guides people to achieve desired outcomes through coordinated effort. It doesn’t require a boss.

My friend is running into trouble precisely because she has leadership skills, but in our society we aren’t really taught how to apply leadership outside of hierarchy.

In the absence of leadership, hidden hierarchies will emerge based on personal relationships, charisma and persuasiveness, and various flavours of privilege from wider social dynamics. This is not a new concept — The Tyranny of Structurelessness was written in 1970. A leadership vacuum results in ineffectiveness, interpersonal conflict, disempowerment, and burnout. But does this mean we have to put someone in charge?

Imagine that you are like my friend, observing a group of people struggling to get coordinated. They want to work together, but they are having trouble identifying the necessary next steps and delegating tasks amongst themselves. They’re tripping up trying to communicate with one another. They’re vacillating between putting you in the role of boss, and not wanting a boss. You care about the success of the project. Your intuition and experience is telling you what the group needs to do to move forward, but you’re committed to a collaborative approach. What do you do?

Key factors to leadership without hierarchy:

It’s common for those who have leadership skills, and are deeply committed to equitable collaboration, to try and hide or minimise their abilities so as not to create either hierarchy or conflict. It can feel way too easy to manipulate people into doing what you want, or to cause conflict and resistance if people think you’re trying to take over.

Are you having backroom conversations to socialise your preferred idea? Or leveraging your persuasive communication style to get your way? Did you cause an argument by pushing the group to move forward without someone feeling heard in the process?

This kind of shadowy manipulation isn’t a good use of your leadership skills. And if you’re into equitable collaboration, it probably makes you feel icky anyway. What the group needs is someone to skillfully hold space to talk about how it wants to work together — in other words, facilitation.

Host a conversation where you bring into the light any leadership that’s been taking place in the shadows, or efforts toward leadership that are being resisted (your own and others). What’s going on? What does this indicate about what the group needs? What’s working and what’s not?

The group needs to own its coordination collectively. Your role is to hold the space and reflect like a mirror what people are saying they need to be effective and happy. The group can then delegate responsibilities with everyone’s consent. If they decide to appoint someone to take charge, but retain their right to withdraw that consent, then it’s not a coercive hierarchy. If they want you in that role, don’t be afraid of it just because you don’t want to be anyone’s boss.

From Person & Position to Process

Leadership is a force that operates in a group, away from conflict and chaos and toward harmony and effectiveness. If the right culture and processes are in place, anyone can take acts of leadership.

What can you devolve from a person or position to a process that many can engage in? Distributing leadership means distributing power and information. In groups I work with, collaborative processes have often turned into software, like Loomio for decision-making, and Cobudget for budgeting. But it’s not the tools that are important, it’s the cultural context of meaningful participation.

Effort put into developing collaborative process will pay ongoing dividends far beyond directly jumping in to solve problems or take on tasks yourself. Your impact can reach far beyond your own capacity. The role of leadership then becomes supporting the group to carry out and continuously improve their collaborative processes — a kind of leadership most, if not all, group members can participate in.

If you are a natural leader, it may surprise you that others don’t immediately identify tasks that need doing, and people to do them. Some people are extremely effective at carrying out work, but appreciate support clarifying and structuring it. Having to simultaneously hold the big picture and the immediate tasks at hand, as well as navigate stuff like permission and prioritisation, is a lot of cognitive overload.

Listening to the group and reflecting back and clarifying the tasks that are emerging is an act of service, and a skill that can be honed. Some people naturally have a knack for it. Scoping and assigning work, however, is just one of many important tasks— delegating doesn’t make you superior. It also doesn’t always need to be done by the same person. Those who have the capacity to manage task delegation need a break from it sometimes, so they can focus on the details level too.

If you can see the work that needs to be delegated, don’t be afraid to craft invitations to action. Shouldertapping is a sign of respect, a statement that you trust someone to deliver. Many people have a need and a preference to be offered clearly defined tasks in order to reach their own potential to contribute. Invitations to responsibility can create space for others to achieve. As long as they can safely say no, and are empowered to do so if they want, it’s not a coercive hierarchy.

Reclaiming the Concept of Leadership

As someone who is deeply committed to equitable collaboration, I have struggled with the tension around leadership in bossless environments. I don’t want to stand over anyone else. But I have come to realise that taking acts of leadership is often the most valuable way for me to serve.

I believe there is no such thing as “self-organising” — there is always work to be done and a skillset required to coordinate people to move together toward a larger shared goal. Unfortunately, “leadership” has been co-opted by our hierarchical capitalist society to mean “positional coercive authority”. But I reject that definition. It’s a relic of a bygone era when communication technology necessitated militaristic regimentation of work and conflating a person with a role.

I want to reclaim the concept of leadership: throw out the positional authority, but keep the genius for helping people to achieve more together.

While leadership is necessary, it does not have to be centralised into a specific person or titled role. It can be distributed, unlocking the leadership potential of vastly more people. And once you transcend centralisation, it’s clear that contributing to leadership should not imply superiority, but is simply one of many necessary aspects to overall group success.

How I Try to Stop Myself from Taking Over the World

I’m not going to lie — it’s way easier for me to take charge than not. I’ve been this way since I was a kid.

Even following all of the above advice, taking acts of leadership can easily tend toward positional power. For example, suggesting a particular delegation of tasks creates a cognitive anchor and a lot of inertia to go in that direction, and framing a discussion has a lot of influence on where it will head. I’m also not naive about how social capital accrues to people who have certain leadership skills. Just being a confident communicator can, over time, build up positional power.

Some things I do to try and keep myself honest as a servant leader, in case I’m accidentally turning into a dictator:

Self Awareness is the Secret Sauce

Here’s a lesson I’ve had to learn the hard way: when leadership is decoupled from positional authority, it’s easy for one’s sense of responsibility and level of agency to become mismatched. In other words, I can see all the problems and I care about them, but I can’t fix them all myself or force anyone to fix them for me. This is a sign of an unhealthy culture, whether in a hierarchy or a collective.

It’s no accident that servant leadership enacted without positional authority is afforded low status in a hierarchical paradigm, and often done (by women) in roles like “coordinator” and “administrator”. A similar dynamic can be seen in non-hierarchical structures without a healthy relationship to leadership. The result is a lot of work bottlenecking on a small number of stressed out people.

You need good personal boundaries, and self-awareness is a prerequisite to define them. People with leadership skills will naturally see what needs to be done to keep the group moving forward, but if they continually pick those things up they will become overloaded. Not every piece of work you can see has your name on it.

Facilitation, delegation, and collaborative process design aren’t just to serve everyone else, they are for your good as well. Know your limits, gain consent to delegate, and develop systems to reduce bottlenecking on any one individual. Use your clear boundaries as a way to reflect when the group needs to invest in better processes.

And know when to quit. If you do your best to genuinely offer servant leadership, but your efforts are rejected or ignored, then walk away. The group doesn’t actually want to collaborate, or it’s just a bad fit for you. For me, one of the hardest things of all is being willing to let something fall over. But if something is so fragile that it will fail because one person walks away, it’s not a true collaboration.

Collaboration is about achieving more together than one person can on their own. If you have leadership skills, you will often be the first to identify work that needs doing. Reflecting what you notice can be a service to the group, but that work doesn’t always have your name on it. If it all depends on you and you alone, you’re neither leading nor collaborating.

Never take anything on that will cause you to end up feeling resentful. Sticking to clear boundaries will force a healthy discussion in the group about how to distribute the load, and set a culture of personal wellbeing. Challenging yourself to delegate creates opportunities for others to develop as leaders. Burning out is not the way to serve your group and its goals.

2. Recognise and value your own leadership ability. Don’t shy away from it because you don’t want positional authority.

Understand that your leadership can be in service of, and not in conflict with, equitable collaboration. Genuine skillful facilitation and delegation is powerful, but it’s not a power grab. Keep yourself honest by working alongside and helping to nurture other strong leaders. Serve the group by naming leadership so it can be discussed openly. Insist on explicit consent to take on leadership, but don’t be afraid to act on it when consent is given.

3. Invest in developing collaborative process over accruing work or power to yourself.

Focus your energy on designing processes to distribute leadership and power as widely as possible, in groups that want to work that way. Continually ask what can be devolved from a person or role into a process that everyone can engage in. Invest in processes and tools that can have a much bigger impact that you can have as one person.