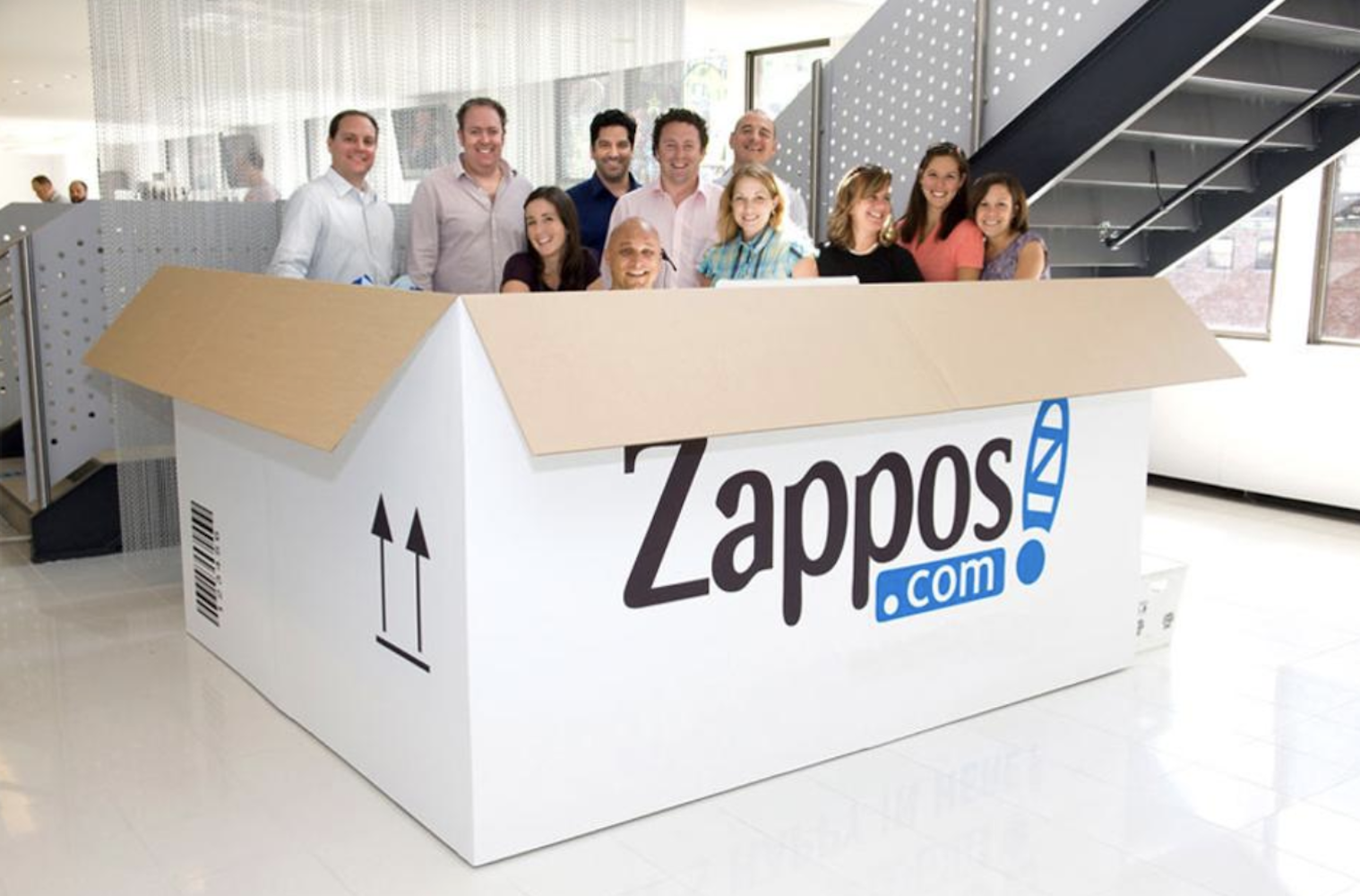 A little over two weeks ago I did one of the scariest things I have done all year. I was in the US, with nearly 200 of my peers from the AltMBA, and Seth Godin himself giving a five minute talk. Although I speak at conferences, I have never been asked to speak for five minutes without slides, and without notes. Just thinking about it again makes my palms sweat a little. Did I mention it was being filmed as well? Although I haven’t seen the film, I think it went well. I am very poor at judging my own performance, and have a talent for being self-critical, so when Seth came up to me afterwards and said it was a beautiful talk, I was both relieved and delighted. Last week I blogged about my decision to become a Registered Manager. This talk is part of the backstory to that decision, so I wanted to share it here too. This is my talk:

Zappos is famous for customer service, happy employees and infamous for introducing self-management, and it is is part of my story too. Two years ago I gave up the power of being a CEO to be part of a self-managed team.

Self-management means organising yourselves without a manager and If you have no experience of self-managed teams, and as I didn’t, you might be fearing the worst. Is it chaos? Is it all about painfully long consensus decision-making? Surely teams can’t work productively without managers?

In the next few minutes I want share the difference self-management made to me, and what it has to do with Zappos and healthcare.

For me, It all started on Alt MBA 2, with a book recommendation, from a fellow student, Susan Basterfield. This is the book: Reinventing Organizations by Frederic Laloux.

It introduced me to how organisations are evolving, and that the leading organisations of the future, called Teal organisations, will have 3 things in common—bringing the whole self to work,  focus on purpose, and self-management. I wanted to make that change, and for us to evolve as a team.

At the time I was CEO of a H S A, a small, international, health and care consultancy team.

I thought we were already a great team.

I thought we had bring-the-whole-person-to-work nailed.

I thought we were clear about our purpose, our why.

So moving to self-management—how hard could that be? Do I sound smug? I was. I thought it was like adding an App but in reality it was changing the operating system. The answer is very hard, but worth it.

What difference did it make?

Was it chaos? It was the opposite. We have more structures in place now that create a framework for accountability. One result is that I get less emails as people don’t automatically copy me in or ask for me to check things.

Was decision-making painfully slow? No, because of our work on accountability decision-making is quicker, and easier. We use a new process for meetings—called tactical meetings—they felt brutal at first, and now they are  short, punchy and effective.

Now we have a different degree of honesty, freedom and accountability and therefore happiness,  but full self-managed teams are not for everyone. As with Zappos, some people left as well.

Happiness is great, you might be thinking, but what about business?

One of the biggest changes for me, in moving from CEO to self-management was that it gave me a different head space to focus on new ideas.

An example in the book is an organisation of nurses called Buurtzorg, in Netherlands.

It employs over 12,000 nurses, who all work in self-managing teams of now more than 12 people, supported by a coach. There are no managers. They have with a small HQ of around 40 people with no director of finance, no HR director, no marketing team. We have been inspired by Buurtzorg to develop and test the same principles, but developed for the UK context, called Wellbeing Teams. We are now setting up self-managed teams to support older people and disabled people at home. Like Zappos, but healthcare. Starting small with 6 teams with plans for 600 in 3 years.

I believe that self-management, and Teal organisational are the new operating system for the future of work. We want to be part of creating it in health and care too.

Wherever you are, there are steps you can make, to move towards greater autonomy at work, and even as far a fully self-managed teams. This book could be a place to start.

Here is my talk as I practiced it in the hotel bathroom: https://soundcloud.com/helensanderson/if-zappos-did-homecare-would

The Science behind Wholeness: Dojo4Life as a peer-to-peer coaching practice to grow into Teal