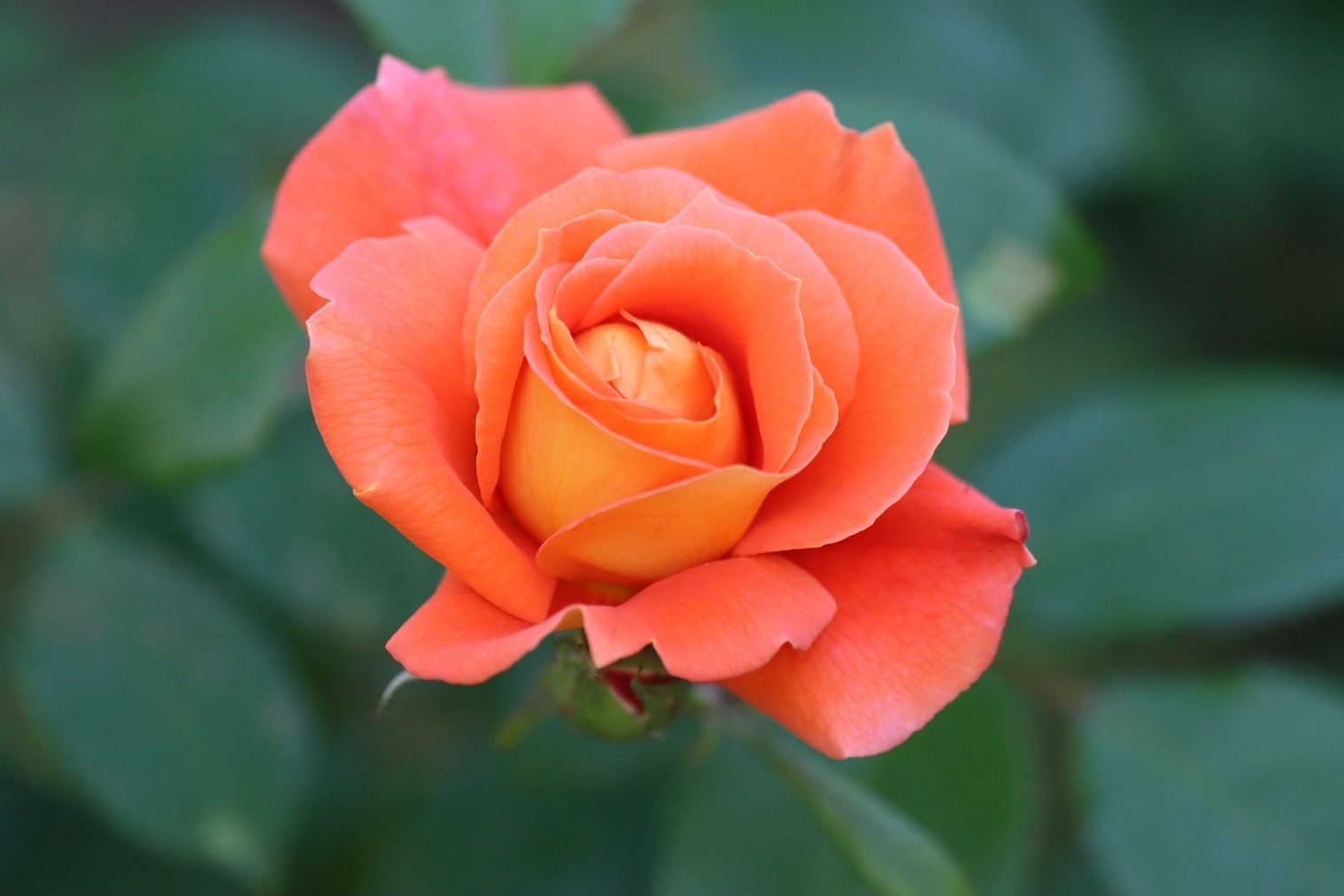 Part 1: Being the Change

There is no doubt there will always be outlier, next-stage organizations, filled with people brave – or foolhardy – enough to put their livelihoods on the line in order to explore what is possible, working together to build a business in a different way without any road map. It is these people and organisations that are building that road map, so the rest of us can follow.

Those were the thoughts running through my mind as I went to meet Nick Osborne, founder of Evolving Organisation (EO), at the 100 Monkeys café, one of my favourite haunts in my home town of Glastonbury. The name ‘100 Monkeys’ seemed quite appropriate for our meeting, given the nature of what we were about to talk about: changing the way organisations work and the ways in which that change might be catalysed.

Evolving Organisation (EO) leads the way in the UK with public Holacracy workshops. It also works with organisations of any size, providing tailored training and supporting them to implement Holacracy.

I wanted to find out two things about EO. Firstly, how do they express the three principles of ‘Teal’ organisations – Self-management, Wholeness and Evolutionary Purpose? And secondly, how does EO function day-to-day? Are there actually any practical differences between it and any other organisation?

To help me answer those questions, I spoke to three EO partners: Nick, who has been with EO since the beginning; Mark Spall, currently very much the ‘public face’ of EO, with an impressive social media presence on Twitter, Facebook and LinkedIn; and finally Sally McCutchion, EO’s latest recruit, who I thought could give a fresh perspective on this still relatively young organisation. Nick is a trainer and entrepreneur with over 30 years’ business experience. He came up with the idea of setting up Evolving Organisation following the Holacracy Practitioner training he attended towards the end of 2012. He is the UK’s first and currently only Certified Holacracy Coach.

Firstly, I asked Nick about the organisation’s name: why Evolving Organisation?

Evolving Organisation’s purpose is: ‘Catalysing capacity for conscious evolution in organisations and their ecosystems through holacratic self-organisation’. I asked Nick if he could unpack this phrase for me.

“Conscious Evolution is the idea that evolution is happening all around us: cosmic evolution, biological evolution and evolution of society. We are part of that evolutionary process and we are in a unique position, as we are also aware of being part of it. That means we can make conscious choices about how we participate in evolution.

“Moving that mind-set into organisations involves people being aware of their capacity to participate in the evolution of their organisation, involving the organisations’ processes, structures, culture.

“Our role in that is to provide products and services – like workshops and supporting organisations to implement Holacracy – that can help catalyse the process. We see Holacracy as being one tool we are focusing on that can do that – there’s many other wider, deeper aspects of Conscious Evolution than just Holacracy.”

Are there any other services you are currently working on?

“We are now developing a set of Conscious Evolution workshops that we will take into organisations as well. They will be for anyone working in an organisation who is looking to understand conscious evolution and the role that they play in it, and wanting to start using tools and practices to start transforming their organisation and be part of that process.” Mark is a serial entrepreneur with several successful businesses under his belt. He is also a successful business mentor and he joined Evolving Organisation after attending an Introductory Holacracy Workshop in early 2015. Previous roles include founder and CTO at Newsletter Genie Ltd. At Evolving Organisation, Mark holds the Marketing and Brand Guardian roles, among others.

Moving towards our purpose is like tacking in a yacht

For Mark Spall, having Purpose in mind is fundamental in his role of Business Model Steward:

“The purpose of the Business Model Steward is ‘A socially, environmentally, and economically viable business model for EO’. As I see it, this is very much about the triple bottom line of People, Planet, Profit, with perhaps the addition of Conscious Capitalism – using the money we’ve got wisely.”

And what, I asked him, about his roles of Brand Guardian and Marketing:

“The Brand Guardian’s purpose is ‘A professional and inspiring brand for EO’. This is not so much about slick marketing and glossy promotions. We know that the individuals are the brand. People want to know people. So the best way to promote and to market EO is by bringing together a bunch of ‘wholesome’ individuals. That is what builds an inspirational brand.

“This is also about pace. EO is not interested in rushing to achieve the purpose or our roles or the organisation, because moving towards our purpose is like tacking in a yacht: never straight or obvious, but always having the end goal in mind.” Sally is Director of The Human Leaders, created for those who want to feel more human at work. She is the most recent recruit to Evolving Organisation, having joined in August 2015. Before that she was an Area Leader at Flight Centre where she implemented changes resulting in a 20% increase in annual profit.

Sally holds the New Ideas and Activities Generator and Value Exchange roles, among others.

I’ve found my people, my group, my place

I was curious to know if EO encourages and supports people to bring all of themselves to work, so I asked Sally, the newest recruit to EO, about her experience. But firstly, I asked her to tell me about the journey she took to get to EO.

“I left my last corporate role in March 2014 to set up The Human Leaders. This was about wanting to have a positive impact on how people and organisations work, because there’s something more to life than being a slave to the organisation that you work for. Human Leaders was created around the idea of promoting humanness at work, and open-heartedness, taking responsibility, listening deeply, trusting your inner wisdom, and looking after your true self.

“I found it quite difficult working on my own and setting a business up from scratch – I underestimated how challenging it was to do something like that by myself.”

So then why EO?

“Joining EO was really based on intuition and gut feel. Earlier this year, I started looking for other organisations I could join. In June I found myself on the EO website, and remember feeling ‘This is awesome’. And then I noticed that they were recruiting.

“I filled in the application form and hit ‘send’. I remember thinking ‘Oh, that’s a terrible application; I’ll never hear back from them’. And the next day I got an email from Nick. We arranged a Skype call and again I remember coming off that call and thinking ‘Wow, I think I’ve just found the organisation I’m meant to be working with.’ We didn’t go into any detail on the call about what Holacracy was.”

When did you get your first experience of Holacracy?

“This is when I started to experience my first challenges. They invited me to observe a meeting as part of induction. It felt very disciplined, very serious – and very subdued. I definitely doubted my involvement at that stage. But there was a feeling of curiosity as to why I didn’t just walk away at that point.

“I decided to keep learning and see what happens. Through July I was one foot in and one foot out, very unsure about how much energy I wanted to invest.”

What changed your mind?

“In August there was a Partner’s retreat in London; the first time I would meet everyone face-to-face, as everything had been done virtually up to that point. We connected at such a deep level, and I came home after the day and said to my partner ‘I’ve found my people; I’ve found my group; I’ve found my place’.

As every child knows, when playing a game you need everybody to a) know the rules and b) stick to them. Do anything else and the game stops working – it just isn’t much fun anymore. Yet, when we grow up and go to work, although the rules of doing the job may sometimes be written down, the rules of how the organisation works never are. This means the people ‘at the top’ usually invent the rules as they go along, as they see fit – which makes work not much fun for everyone else!

Holacracy is a ‘business operating system’: a set of basic ‘rules of the game’ for getting work done. They are not immediately intuitive so can feel limiting and ‘clunky’ at first, but once everyone knows the rules they become obvious and start to disappear, leaving much freedom within those rules. Everyone can focus on the work and it can start to be creative play.

Discipline is an enabler, rather than a disabler

As you might expect from an organisation providing Holacracy training and implementation support, EO itself runs as a Holacracy. This bakes in the whole concept of self-management, with all decision-making devolved to the role that has responsibility for a particular business area, and control-over limited to processes and resources – never people.

I asked Sally about the meetings. At the start she found them serious and subdued. How does she find them now?

“My experience is a 180 of what it was back in June. Now I can see that through the discipline of the process you reach a freedom, where the collaboration is richer and you enable things to emerge. Without the discipline and structure that freedom wouldn’t happen. And now, because of our connection with each other and our commitment to the Purpose, and because of our experience with Holacracy, there is much more humour and lightness.

And, I facilitated my first meeting this week.”

How was that for you?

“It was an interesting experience. The level of discipline contained within the meeting processes means that, as a facilitator, you do have to be quite serious and focused. Now I can appreciate that as the facilitator, you are the person holding the space for the process and for the partners so that we are able to achieve as much as we do. It affirms my belief that the discipline is an enabler, rather than a disabler.

And as the meeting went on, because the process is so well defined, I found I was fully able to engage in the meeting just as I was when not being the facilitator. I could put the facilitator hat on and then off and be Sally again, or one of my roles.”

There is no doubt that Evolving Organisation is exactly that: an organisation that is evolving, in alignment with its Evolutionary Purpose, in touch with the need to promote Wholeness in its partners, and implementing practices to get the greatest benefit from Self-Management. Undoubtedly, Holacracy has played a significant part in boot-strapping EO to the place it is today.

In part 2 of this article, ‘Catalysing the Change’, I look at EO’s approach to the practical, day-to-day aspects of business. Clement S. Hopking is a business coach and mentor, supporting businesses that are Making Work Human. Blogging on conscious business and ethical business practices since 2011, in 2012 he became the UK’s first Certified Holacracy Practitioner. Clement is a director of Conscious Capitalism UK. He lives in Glastonbury, UK.