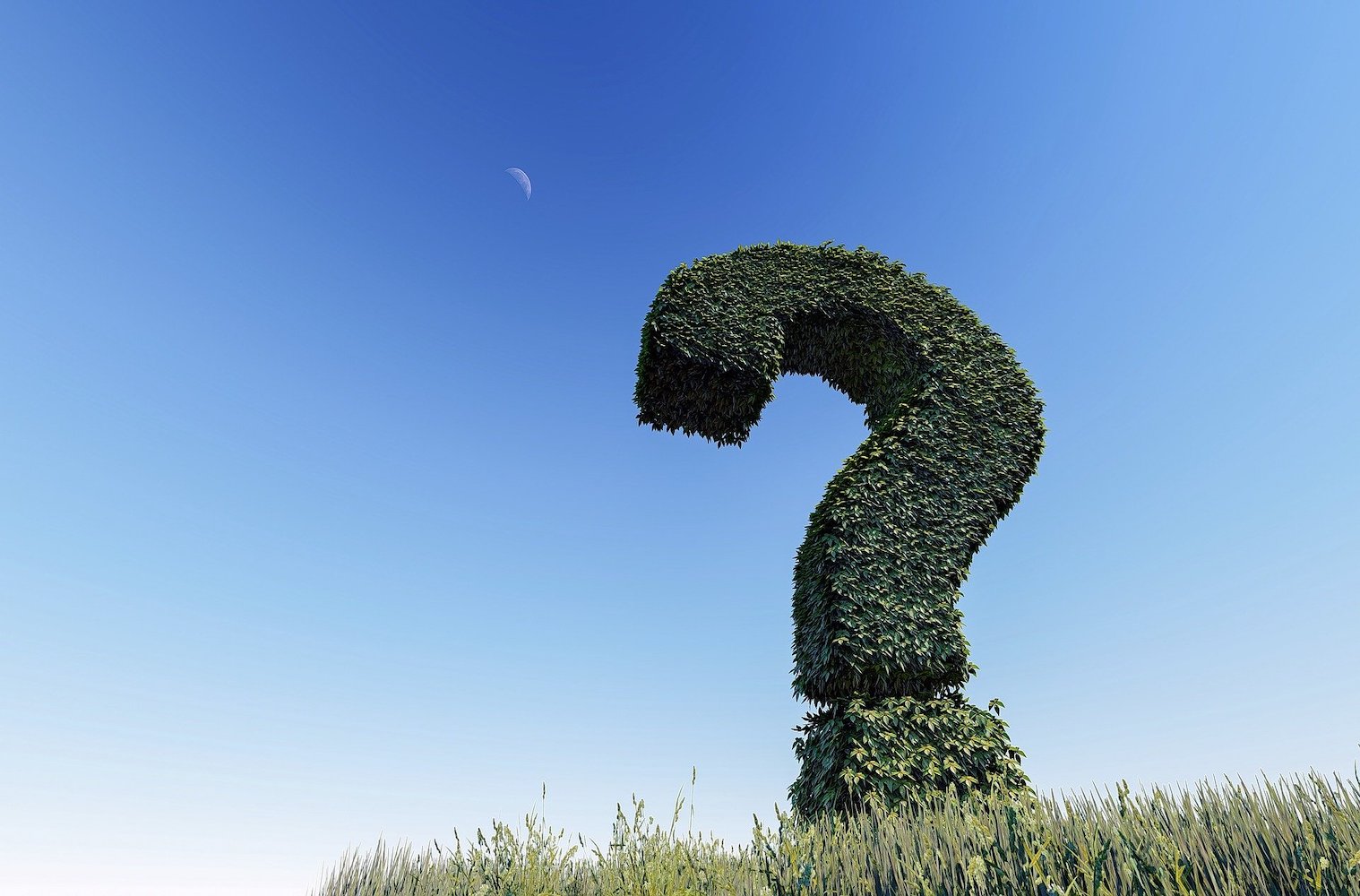 By Hope Wilder and originally published on Sociocracy for All

Publisher’s Note for Enlivening Edge Magazine readers:
Sometimes implementations of new governance methods don’t stick. That was the case in this school in New Hampshire that introduced sociocracy. Learn how they ran and what happened next in this case study that includes links to several other resources and perspectives on this multi-nuance story by Sociocracy For All member Hope Wilder.

Between 2012 and 2015, High Mowing School (a Waldorf boarding high school in New Hampshire) used sociocracy as a governing structure with faculty and students. The outcomes of sociocratic implementation included an increased sense of community, of faculty and students being seen, and being heard, as well as greater effectiveness in the operation of the school.

This case study is based on writings, interviews, and video presentations from the former director and a former student. The period of sociocracy came to an end after the executive director stepped down. There is much to be learned from the example of sociocratic implementation at this school in terms of both challenges and lessons learned.

What is High Mowing School?

High Mowing School is a Waldorf school located in Wilton, New Hampshire, USA. Founded in 1942, it serves day, boarding, and homestay students from early childhood through grade 12. From 2012 to 2015, it operated using sociocracy as a school-wide governing structure for staff, teachers, and students.

In October of 2011, Rea Gill, former head administrator of Vancouver Waldorf school in Vancouver, Canada, came on as Executive Director of High Mowing School. At the time the school was a boarding school for grades 9-12. She started with a year of intense listening to the school community to assess what was happening and what was needed. The governance structure was unclear, there were no explicit communication systems or clearly defined and codified job roles, and she felt that things were confusing as there was very little governing policy in place.

She heard many complaints about decisions being “handed down,” and teachers and staff feeling that their voices weren’t heard. She saw a school where teachers and students were intensely engaged in learning and in love with the school, but at the same time there was a nagging feeling of “stuckness.” She turned to sociocracy to help with structures to help improve the school.

The Student Council leads the way with sociocracy

When Rea arrived, the student council that existed was dissatisfied with their level of involvement and felt they didn’t really have a voice. Rea turned to sociocracy expert John Buck for help. He came on to give the students an introductory course in sociocracy.

The initial student council was transformed in a few meetings with a new circle structure and decision-making apparatus with consent decisions. The students called their circles “pods,” and they designed a structure with a Social Life Pod, Academic Pod connected to the faculty domain, and Talkie Pod (communications.) They then appointed representatives and leaders to the General Circle and a direct link to the faculty from the General Council (analogous to a General Circle.) The students came up with the structure without the help of faculty but with the guidance and link to the faculty via the Dean of Students.

This student council structure remained in effect for the entire 4 years of sociocratic governance and continues in a modified form to this day.

The direct connection between students and faculty helped to ensure student voices were heard. The students felt organized and empowered by this structure.  There was very little hierarchy between grades in the student council. Many faculty and students reported that student-faculty relationships changed for the better and that an enormous amount of trust and respect was built.

Former student council president Gabriel Futterman participated in the last years that sociocracy was being implemented school-wide as president and vice president of the student council (2015-2018). He recalls students sitting at the same table as staff and advocating for student-led proposals about topics such as the dress code, student disciplinary policies and procedures, the budgeting committee, dormitory life, curricular program reform, and all levels of school governance.
Some changes that students advocated for included shifting disciplinary procedures from a punishment-based policy to a restorative justice-focused policy, and more student involvement in building curriculum. Students were also involved in a major decision about a land acquisition for the school.

A vivid memory for Gabriel is the organizing of school dances. There were separate subcircles for organizing music, decorations, photography, lighting, games, and refreshments. The entire event planning was up to the students. He said that sometimes it seemed that everyone wanted to come to a consensus about everything and be involved in other subcircles rather than letting members of subcircles make those final decisions themselves, and that became frustrating at times. However, the process worked for the most part and overall empowered students to learn about collaborative decision-making.

The pedagogical circle noticed the success of the Student Council, and they expressed interest in utilizing the same systems with teachers. John Buck came to give another workshop, for teachers this time. The pedagogical circle differentiated into a number of functional subcircles that had a high level of complexity due to the school being a boarding school. There was a success in forming clear role descriptions and leadership positions, which helped address some of the original challenges of governing and operating the school.

After success in the pedagogical circle, the rest of the school transitioned more completely to what it called “Threefold Dynamic Governance,” a Waldorf term. The school consented to a sociocratic circle structure with leaders and delegates, and continued to measure the effectiveness of the sociocratic practices with reviews. The circle structure was tweaked and simplified the next year as an example of the cycle of “lead, do, measure.”

The circle structure consisted of a General Circle with three main subcircles: Community & Resource Development, General Operations Circle, and the Pedagogical Leadership Circle. See the diagram below for additional subcircles. The board initially did not operate using sociocracy but eventually adopted some sociocratic practices in the 4th year of implementation.

At some point there was confusion for faculty about the difference between operational meetings/decisions and policy meetings/decisions, so the process was further refined. Prior to a Pedagogical Leadership Circle meeting, the Operational leaders would meet to identify current issues, rated “green, yellow, or red”, with “red” being the most urgent. Operational leaders would address in particular the red and yellow issues in the operational meeting before the policy meetings. Where policy changes were critical, the issue was put on the Circle meeting agenda and policy would be developed in order to guide the Operational leaders. This streamlined the meetings considerably and was a welcome change.

The prior process of decision making was previously not explicit at HMS, and was an amorphous blend of consensus and top-down hierarchy, with no connection to a clearly articulated governance structure; consent decision making within clearly defined policy setting circles with explicitly defined circle aims was welcomed by all.

Meeting structures and transparency in documentation

The sociocratic meeting structures were used in all faculty meetings, from check-in rounds, administrative check-in, followed by consent to agenda, moving through the agenda, and checking out. Google Docs was used for the most part, and all meeting agendas and minutes were open to anyone to use. However, Rea noticed that it seemed to be a challenge for people to keep track of when other circles were meeting and what issues were being addressed, which meant there was a lack of communication in the school about what was happening. She created transparency actively by distributing a short weekly snapshot and overview of what was happening in all the various circles. This meant everyone had a sense of what was happening in all domains and could follow up by reading relevant minutes and/or having conversations with members of other circles.

Many things worked well for the implementation of sociocracy at HMS. People started to express a feeling of inclusion and trust. The flow of information throughout the school was running more smoothly with the weekly newsletters. Faculty felt that their voices were heard, and there was a sense of working together towards a common purpose through increased collaboration.

Additionally, the clear structure created the time, clarity, and processes needed for the faculty to focus on pedagogical reform. Ultimately, the programs were reformed and a 21st century Waldorf pedagogy was designed by the faculty.  Students and teachers all participated in the process of revising the educational program. There was hope for increased enrollment, a real-time strategic plan was formed and there were improvements at all levels of the school.

From staff survey at High Mowing school after a full sociocracy implementation:

Rea sums up the challenge of transitioning to sociocracy as “rebuilding the ship while under full sail.” There was not enough training or internal coaching. Teachers and staff felt overburdened by learning a new system while they were fully engaged in keeping the school running. The staff felt there were too many meetings, and they complained that the learning curve was way too steep. There was also some confusion about the difference between policy and operational meetings. Combining some circles to reduce the number of meetings and separating operational meetings from policy meetings helped with these challenges. Additionally, as systems changed, interpersonal conflicts came to a head as some people resisted pedagogical reforms.

The biggest challenge might have been that Rea was the only in-house champion for sociocracy. She says that in retrospect, she wishes they had a full implementation circle that was responsible for training. Initially, she was in many circles helping to facilitate and teach sociocratic practices on the fly. She was also chiefly in charge of maintaining internal communications, creating new meeting agendas, and other administrative tasks. Rea often “intuited” what implicit policy already existed, and formalized it or revised it through proposals. When she had to concentrate on keeping the whole system running, some pieces fell by the wayside. In the end, it was too much strain for her to hold the organization together, and she experienced burnout, which ultimately led to her stepping down as executive director.

Advice from Rea for people who are just starting out:

After Rea’s resignation in 2015, the school searched for a new director. The faculty strongly wished for sociocracy to remain in place, however, a new director was found who had a different vision and different direction for the school. According to Gabriel Futterman, as of 2021, the student council is still operating using a hybrid sociocratic model.

The time of successful implementation at High Mowing School stands as an example of the possibilities of using sociocracy in schools. Sociocracy led to more effective operations and greater clarity, but also positive outcomes such as people feeling happy, feeling heard, and experiencing a sense of trust, belonging, and connection at the school.

For more information on implementing sociocracy in schools at the administrative level, visit our school administrator’s page.