It’s been called a ‘soulful revolution,’ and having experienced it for the past few months here at Buffer, it’s been hugely edifying, encouraging, and rewarding
– Kevan Lee, Buffer

The whole team was “very excited” to learn about the shift to Teal described in Reinventing Organizations – and almost all had read the whole book (by January).

“In 2015 we switched to a new organizational structure inspired by Frederic Laloux’s Reinventing Organizations. This new structure eliminated the need for managers, bosses and formal hierarchy,” their website explains.

Buffer’s joy in making this change is quite contagious: “It’s been called a ‘soulful revolution,’ and having experienced it for the past few months here at Buffer, it’s been hugely edifying, encouraging, and rewarding”, wrote Buffer’s Kevan Lee (in ‘Buffer’s 19 Favorite Books of 2014‘).

Co-founder Joel Gascoigne wrote that “This is one of the most exciting books I’ve ever read, and I can’t wait to see how it might impact Buffer” (in ‘50 Books That Transformed My Business and My Life‘).

His joint co-founder Leo Widrich finds that Frederic’s analogy of a “forest” helps people understand the shift Buffer is making to Teal: “Whenever we throw around words like ‘self-management’ or ‘no managers,’ the baffled looks we get remind us of how we ourselves first reacted to the idea of being fully self-organized without bosses”.

Leo quotes from Reinventing Organisations: “In a forest, there is no master tree that plans and dictates change when rain fails to fall or when the spring comes early. The whole ecosystem reacts creatively, in the moment.”

This seems to do the job: “Whenever I describe Buffer’s change to someone in this way, it seems to click for many and they can relate to many of the new ideas we’re implementing”, writes Leo in a post ‘Turning Our Startup Into a Forest: How Working With No Managers Creates A New Ecosystem‘.

Other posts discuss particular challenges such as how to organise self-managed salaries and self-reviews of performance.

“We’re now experimenting with a time period once a year where all team members are invited to reflect on their salaries and get advice on changes from their teammates and a dedicated Salary Sounding Board,” explains Leo in a post ‘Buffer in March: $5.9M Annual Revenue, Self-Managed Salaries & More‘. 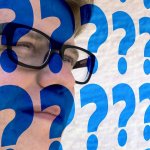 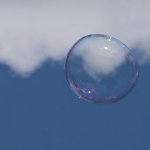 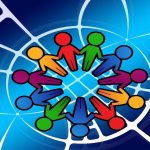 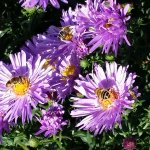 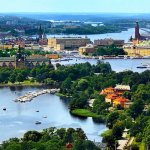