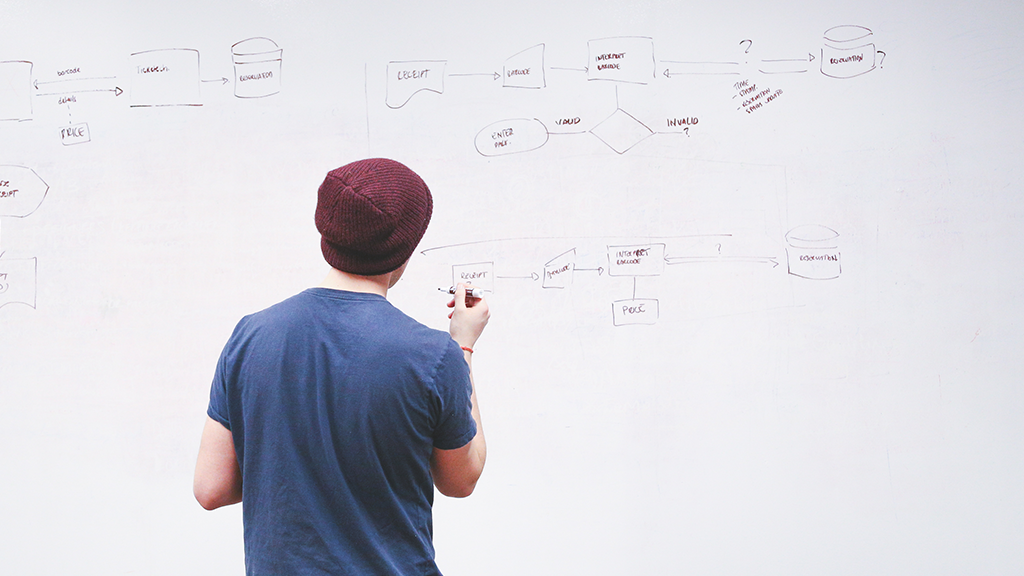 Targets might not fit well in an organization built on principles of purpose, self-management and wholeness. However, it’s important to replace them with something more meaningful instead of doing away with numbers altogether.

Our 15-person team at Yools builds websites for small businesses in Belgium. We have been successful after entering this industry four years ago by focusing on operational excellence. Individual targets used to be an important part of this. Although we always envisioned a more authentic organizational model, we applied traditional management practices most of the time. We achieved great results, but at some point we became very uncomfortable with top-down targets and the unsustainable pressure that came with it. So we started looking for other ways.

The problem with targets

As soon as we became aware that we deeply care about purpose, self-management and wholeness, we couldn’t live with traditional targets any longer, especially not if they are imposed on you by someone else, and calculated as an arbitrary number. We saw three problems with targets:

Not all numbers are bad

At first, we misunderstood the precise problem with targets. Consequently, our aversion to targets expanded into an aversion to numbers in general. We stopped looking at most numbers altogether, even though they were still accessible somewhere (number of sales per sales rep and of the team as a whole, number of inquiries resulting in a quote, etc.). We simply did our jobs, not assessing where we ended up.

It didn’t take long before someone did take a look at the numbers and realized that financially we were doing much worse than we assumed. We learned that we have to look at least at aggregate team sales and expenses, and some early predictors of these results (such as number of information inquiries). This way, we see it coming when we’re going bankrupt. Such numbers also help to analyze and improve our performance.

Even at the individual level, we want to see what numbers are resulting from our efforts, without necessarily attaching a target to it. Our web-designers compare the number of websites they finished this week with last week, compare with each other, and explore why they are getting different results, etc.

Bottom-up plans as an alternative

To solve our complicated relationship with numbers, we decided to keep the best and get rid of the rest. Bottom-up plans were born. What’s the difference between a bottom-up plan (BUP) and a target? We define a BUP as follows:

Wait, but… how do you control performance?

Teams create their own bottom-up plan. How do we ensure that the company performs?

First, we believe that good performance follows from being purpose-driven. Everyone at Yools is intrinsically motivated and determined to make the best of his or her life. Yools should create the right environment for people to flourish, and the rest will follow.

Second, we build in a safety procedure in case we risk going bankrupt. Everyone at Yools receives a monthly report about the financial health of each swarm as a whole. (A “swarm” is a highly-independent mini-business of about 10 people, named in line with our bee brand). When a swarm appears to be loss-making at the end of a quarter, someone at Yools triggers a performance emergency procedure. The swarm is then asked to propose convincing measures to improve the performance during the next quarter, so that the entire company doesn’t go down with it.

You might be concerned that this break-even line will become the new target and the new maximum, because there is no consequence whatsoever as long as a swarm reaches this line. Honestly, it is too soon to provide evidence that disproves this. However, we are confident that this will not happen. The entire team wants to make a profit so that we can invest in growth and make a bigger impact towards our purpose. Our team is not just here to count the hours and go home. We are here for a purpose and we choose how we define our roles. Why wouldn’t we make every hour at Yools matter?

Third, we still evaluated individual performance, but not constantly. Instead of looking at someone’s performance vs. the target every week (or even every day), we evaluate each other’s performance less frequently, and not only by looking at the individual numbers, but also by assessing someone’s fit with our values. If a web-designer is not performing well and there is no improvement, the other members in his swarm will let this person go in order to keep the swarm financially healthy (so that the performance emergency procedure is not triggered).

There is no large body of research on alternative, more authentic organizations yet. We don’t really know for sure what works and what doesn’t; we rely mostly on our values, our intuition, other pioneering businesses, and our own preliminary experiments.

If you have been doing your own experimentation with more authentic alternatives for targets, please be invited to share your experiences in the comments! Alexander Vuylsteke is an entrepreneur passionate about building authentic and thriving next-stage organizations. At Yools, he’s currently creating a company where he would love to work as an “employee” himself. He’s also a Global Shaper in the Brussels hub. Before, he was consultant at Bain & Company and business developer at the social investing firm Incofin. One day, he hopes to create a next-stage educational institution. Profile: Linkedin. Email: [email protected]