When the printed word isn’t enough

The first of the two Enlivening Edge community calls in March was on Dissent and the second was on Ownership.

As usual, the value was from the mutual engagement we had with each other, both speaking and hearing, and less from the topic itself. Whatever the subject in these conversations, our engagement with “the field”—the living, breathing presence of others—is what creates the condition for transformation. That “contact high” might be a sign of evolution at work!

One person expressed a very practical benefit of engagement, one I’d not heard before. It was that being a “techie,” he’d had little experience of using “Teal language” in his workplace. He’d had no opportunity to practice and normalize the language of stages of consciousness. Others of us have the opportunity to speak, but don’t take advantage of it because that’s not the local culture’s way.

It’s quintessentially human, isn’t it, to only become truly familiar with something by having it be alive in a conversational space? Humanity grew up in oral cultures and moved to print less than  700 years ago, a heartbeat in our long evolutionary history.

Perhaps an idea doesn’t inhabit us until we speak it and hear it in our bodies.

It doesn’t fully embody and become part of us and our community till then.

One person in the “ownership” conversation brought up an exquisite oxymoron (two apparently contradictory words used together): anxiety party. Mainstream conversations typically restrict what can be talked about. We’re pushing the envelope in our Enlivening Edge calls to expand what can be talked about. We haven’t gotten to an “anxiety party” yet and very likely we won’t, but with every call we move in the direction of including what would usually be suppressed and not sayable.

Expanding evolutionary space for conversation is how we grow.

In the “dissent” conversation, A. from Denmark pointed out that she’d been thinking of dissent in terms of small things but hadn’t allowed for the possibility of dissent in larger ones. I do that, too. I don’t question my more fundamental assumptions as much as I might. The conversation opened our eyes and ears to creative dissent.

All the Enlivening Edge Community Conversations get below conventional assumptions to something that’s fresh and alive for us. Each stage of consciousness, Teal included, needs a great deal of conversation and practice as we normalize and learn more about what the term actually means.

The printed word is necessary but not sufficient to understand what Teal means in the workplace. At the end of the calls we can put our email address into the Chat Box, to open possibilities for mutual practice. Here’s an opportunity to reach out to someone on the call, a member of the team or a participant, and follow a conversational thread or form a practice group.

These videocalls are on the first and third Thursday of each month, 10 AM US-Pacific, 6 PM UK, 7 PM Austria. There’s no financial cost to participate, just the energetic cost of showing up and being open to the exploration.

The next call is Thursday, April 20th. It’s on the oh-so-important subject of invitation. Transformation occurs through choice of response to an invitation, not by mandate. Invitation is the call to create an alternative future. What is the invitation we can make to support people to participate and own the relationships, tasks, and process that lead to the next stage?

Share with others about your work in the world and how you are serving next-stage organizations.

You can sign up for emailed notifications of the calls, here and learn more about the series of conversations, here. 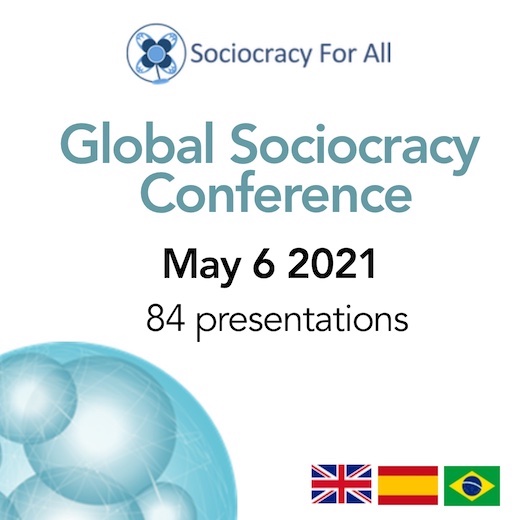