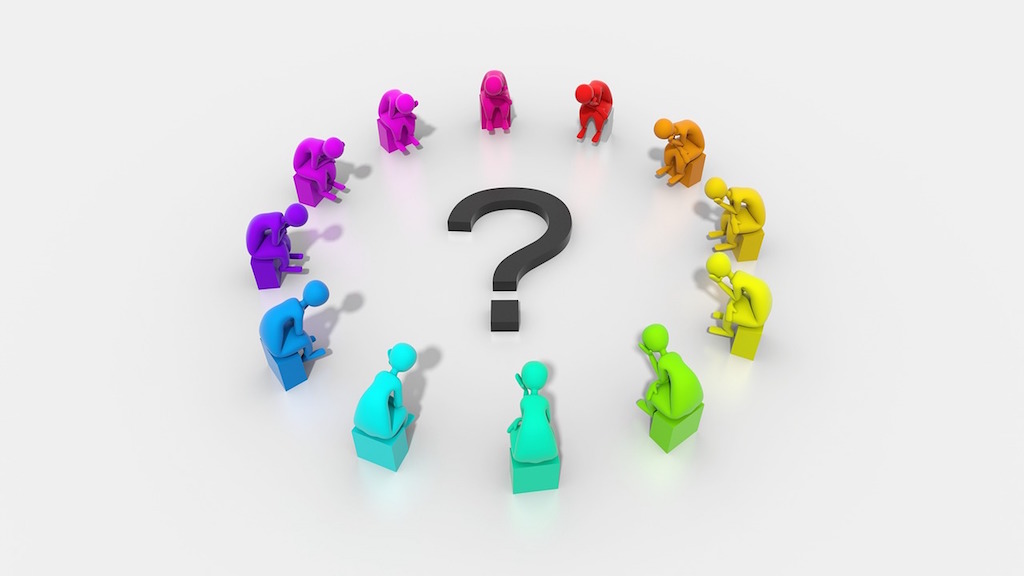 Meeting Life Where It Is

What are some non-linear ways forward into an uncertain future?

Our Future Considerations summer newsletter opened with the sentence “‘Volatile, Uncertain, Complex and Ambiguous’ is the new business norm.”

So what does it take to deal with—even to thrive in—these VUCA conditions? We believe there is an ANSA to VUCA.  Agility, Non-linear thinking, Self-Organisation and Awareness.

It is possibly the biggest adaptation that organisations have ever been called upon to make and it begins in an upgrade to our ways of thinking, to our “life logics,” as Bill Torbert sometimes calls them. Let me explain…

Historically, humans have thought in cause-and-effect terms.  We responded to events as they occurred, observing changes and forming new strategies.  However today’s world moves too fast; in the face of Volatility, we don’t have time to strategise.  In fact, strategies may well be out of date before they can even be implemented. Therefore our responses need to be AGILE and contingent.  We also need to be able to jettison them a day or a week later if conditions shift again.

Humans also like to anticipate the future.  We analyse trends and extrapolate.  Deloitte’s recently predicted that current trends will bring equality in women’s pay by 2069, stated with authority as if nothing could disrupt that trend in the next 53 years.  In contrast, a recent Scientific American article said “…trend identification and pattern graphing are of very limited use in predicting what’s going to happen….What prediction really comes down to is studying history, looking hard at our current moment in its planetary, biospheric and human aspects, and then—guessing.”

Some of these guesses are correct and lead to success.  Some are not, leading to collapse or takeover.  We have accepted this as a fact of life, a consequence of human fallibility.  The lucky ones receive rewards and praise; the unlucky cast as losers.  However when we inhabit a world of Black Swans and Tipping Points, with too many variables and multiple dimensions, linear thinking cannot possibly succeed.

So what is the way forward?

Operating as a living system. As per the diagram below and based on the ideas of Dee Hock, who conceived and built the VISA organisation, living systems thrive between chaos and order. 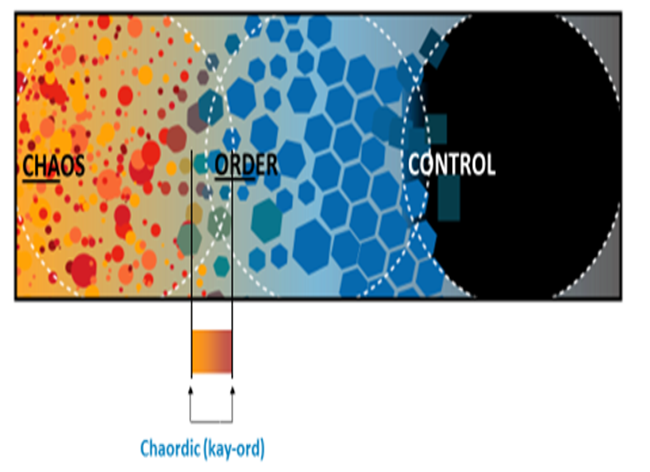 Without chaos there is no space to create and no potential for adaptation.  Without order there is no sustainability of form.  Too many organisations try to maintain their existence by managing change in the right-side space of order and control, terrified of the chaos.  But in order to ride the uncertainty wave, organisations need to operate like living systems. Unsure this is necessary? Then ask yourself about the adaptability and survivability of mechanical —which is to say dead—ones.  If you need an image for the organisational future, think of a surfer, riding the wave, responsive to its movement, to the wind, their body position, the board, all in real time.  This is a NON-LINEAR activity.  You cannot do this by sitting on the beach, analysing.

The third VUCA condition is Complexity.  This compounds Uncertainty and Volatility.  You don’t know what will change, only that it will happen too fast and that you can’t compute the effects the change will have as it ripples through a complex system.  One traditional response has been to improve or optimise parts of the system, in isolation. But as Russell Ackoff said “The more efficient you are at doing the wrong thing, the wronger you become. It is much better to do the right thing wronger than the wrong thing righter.”

But how do you know what the right thing is?  The traditional answer is to expect that intelligence will be found at the top of the organisation—that if all of the information is passed up the chain, it can be understood and acted upon by a CEO and board.  We suggest there is another way.

Who knows most about what customers are experiencing—the CEO armed with the latest survey statistics or the front-line customer service person?  Who has most direct influence on ensuring a satisfactory outcome and of reducing customer churn?   The surfer image fits here too.  Athletes respond from the whole body.  Every muscle is sensing.  Heart and lungs respond to demands for oxygen without conscious brain intervention.

Bodies are self-organising systems.  Every cell and each organ is signalling its condition second by second.  What might be the equivalent for an organisation?

Where the body has cells, organisations have people.  So one of the challenges for an organisation attempting to deal with complexity is to discover how much, and how rapidly it can enlist the distributed and peripheral intelligence in its staff.  For leaders and managers, accustomed to looking for rescue from above, it is to learn how much might be dealt with from below.  Organisations seeking improved outcomes in respect of employee engagement, morale and recruitment have been spending a great deal of time and money on their workplace culture, and not always with the success they desire.  They are following Drucker’s advice that “Culture eats Strategy for breakfast”, unaware that “Systems eat Culture for lunch”.

Self-organisation reduces the complexity and noise in the system by handling more on the spot.  With it comes an increase in autonomy, and empowerment, which are ultimately good for engagement and morale.  Such changes lead to better ratings on “best companies to work for” surveys; positive outcomes for retention and recruitment; and mean significantly more than remuneration, appealing to an individual’s intrinsic motivations. This is becoming increasingly so with the millennial generation.  Developing self-organisation does not have to be a one-off revolution and any fears that it might mean anarchy can be overcome; it can evolve step-by-step.

The fourth VUCA element is Ambiguity.  Most of us were raised by parents who believed that there were right and wrong answers that we needed to learn, and we attended schools which taught us how to memorise the right answers.  Few of us were taught to think, still less to think outside of the box, or faced with the reality of a world which is fundamentally paradoxical.  Life tends to teach us, little by little, that it is not that cut and dried, that appearances are deceptive and that so-called facts become dependent on interpretations.

Right and wrong are typically judgements made with hindsight; in the moment we often don’t know.  In the face of ambiguity we are obliged to seek Awareness in place of the search for definitive answers.  Sportsmen describe being “in the zone”—times of knowing what team members will do and where the ball will be.  Recent Cambridge University research has shown that hedge fund traders functioning on “gut-feel” out-perform the most sophisticated of computer algorithmic predictive systems.  Approaches such as Otto Scharmer’s “Presencing” and “U-lab”, as well as the feedback from practitioners of “Mindfulness” are pointing the way in practice to increased value being derived when awareness replaces knowledge.

They bring the alchemy of the next stage of human development.  Here at Future Considerations we have been enthusiastic about “Teal” organisations and for some people this is where the “edge” is to be found.  For many more, dealing with VUCA is the edge, the conditions of existence that are presenting daily challenge.  Discovering how to survive and then thrive in turbulent conditions is today’s journey.

As long ago as 1989, Harvard Business School Professor, Rosabeth Moss Kanter, said “today’s corporate elephants must learn how to dance as nimbly and speedily as mice“.  And you can go back to Charles Darwin for the observation that “It is not the strongest species that survive, nor the most intelligent, but the ones who are most responsive to change“.  A call to embrace the uncertainty and surf the VUCA wave may, in its unfamiliarity, initially arouse our fear.  But what if it could also be fun?  And what if, in today’s conditions, it is the only way to avoid drowning?

If you would be interested in delving deeper into these issues and learning more about how your organisation might begin the shift to a more agile way of working, please get in touch to arrange an exploratory conversation, or for details of our “Thriving in Uncertainty” experiential workshop.