The Wiki Way of Working

Originally posted by Esko Kilpi on the blog Esko Kilpi on Interactive Value Creation: The art of interaction, the design of digital and the science of social complexity

Physical tasks can normally be broken up in a reductionist way. Bigger tasks can be divided by assigning people to different smaller parts of the whole. For intellectual tasks, it is much harder to find parts that make for an efficient workflow. Intellectual tasks are by default complex and linked. Knowledge work is a social construct.

The machine metaphor led to the belief that if we can only arrange the parts in the right way, we optimize efficiency. The demands of work are different now: how efficient an organization is reflects the number of links people have and the quality of the links they have to the contexts of value, the things that matter.

How many handshakes separate them from one another and from the things that matter most? We are beginning to see the world in terms of  relations.

We have examples of new social architectures that redefine some basic beliefs about work and cooperation between people.

At the moment the wiki is the best departure from the division of labor and workflows. Wikis let people work digitally together in the very same way they would work face-to-face. In a physical meeting, there are always more or less the wrong people present and the transaction costs are very high. Unlike email, which pushes copies of the same information to people to work on or edit separately, a wiki pulls non co-located people together to work cooperatively, and with very low transaction costs. Email and physical meetings are methods which exclude. They always leave people out. A wiki, depending on the topic, the context and the people taking part, is always inviting and including. The goal is to enable groups to form around shared contexts without preset organizational walls, or rules of engagement.

In 1995 Ward Cunningham described his invention as the simplest online database that could possibly work.

An important principle of the wiki is the conscious emphasis on using as little structure as possible to get the job done. A wiki does not force a hierarchy on people.

In this case, less structure and less hierarchy mean lower transaction costs. A wiki always starts out flat, with all the pages on the same level. This allows people to dynamically create the organization and, yes, also the hierarchy that makes most sense in the situation at hand.

People work together to reach a balance of different viewpoints through interaction as they iterate the content of work. The wiki way of working is essentially a digital and more advanced version of a meeting or a workshop. It enables multiple people to inhabit the same space, see the same thing and participate freely. Some might just listen, some make comments or small edits, while others might make more significant contributions and draw more significant conclusions.

New work is about responsive, free and voluntary participation by people who contribute as little, or as much as they like, and who are motivated by something much more elusive than only money.

Society has moved away from the era of boxes to the time of networks and linked, social individualism. Being connected to people, also from elsewhere, is a cultural necessity and links, not boxes, are the new texture of value creation. 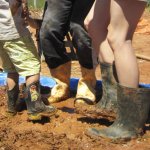 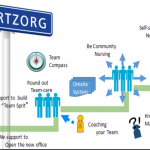 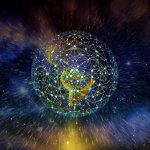 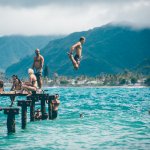 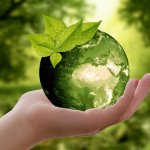