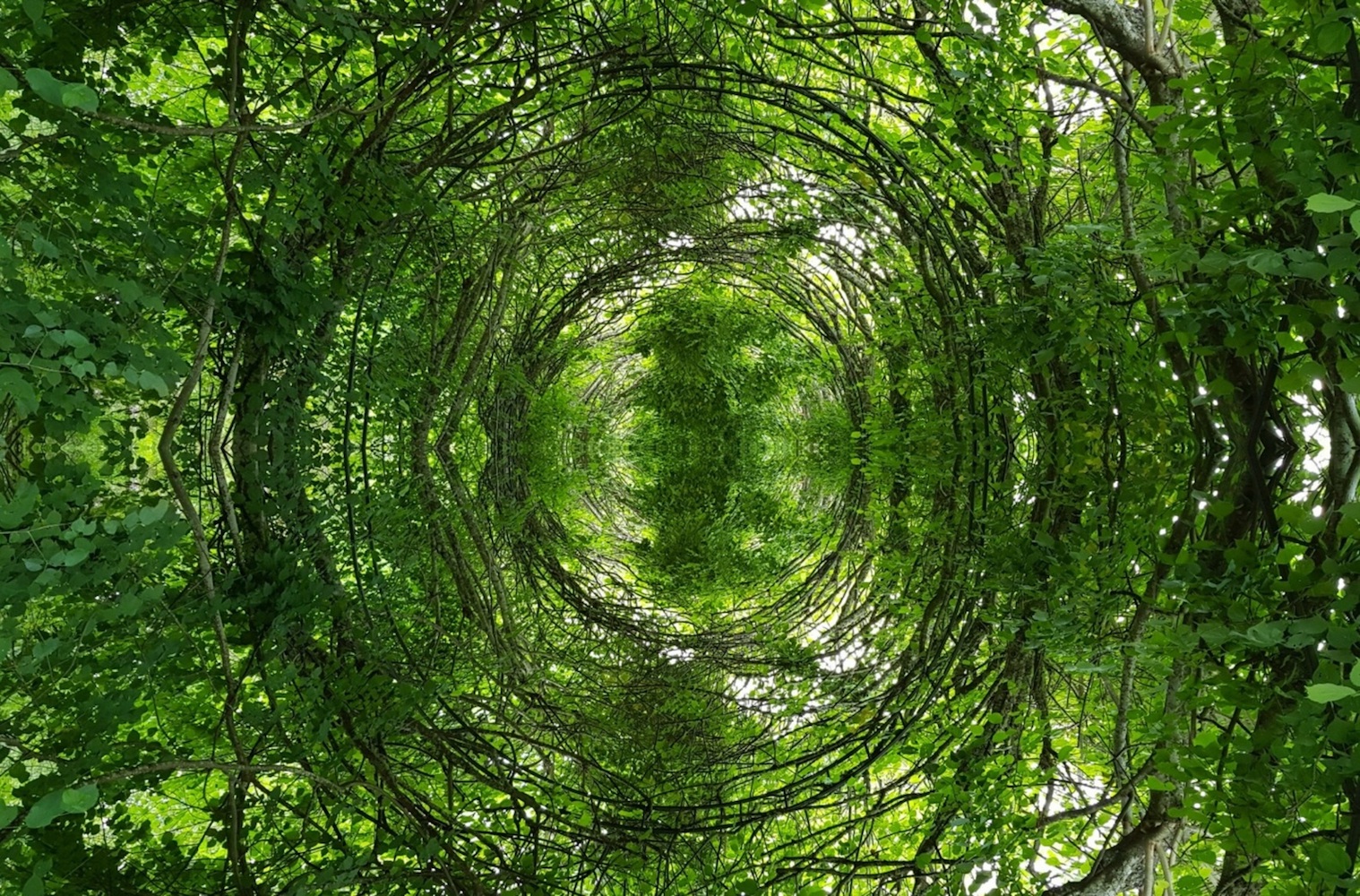 First, Fire All the Employees

By Drew Hanson and originally posted in Forbes

Handwringing over technology’s impact on the future of work is at least as old as the first industrial revolution, and throughout the twentieth century a variety of voices pointed to the prospects—both dim and bright—of labor-saving machinery:

MIT’s Erik Brynjolfsson and Andrew McAfee picked up the thread when they published Race Against The Machine in 2011 and The Second Machine Age in 2014. In 2015’s Rise of the Robots, Martin Ford enumerates why this time the specter of widespread displacement is real.

For well over a hundred years we’ve been searching for an answer to the question: does a jobless future lead to a life of leisure or a dystopia of mass unemployment? 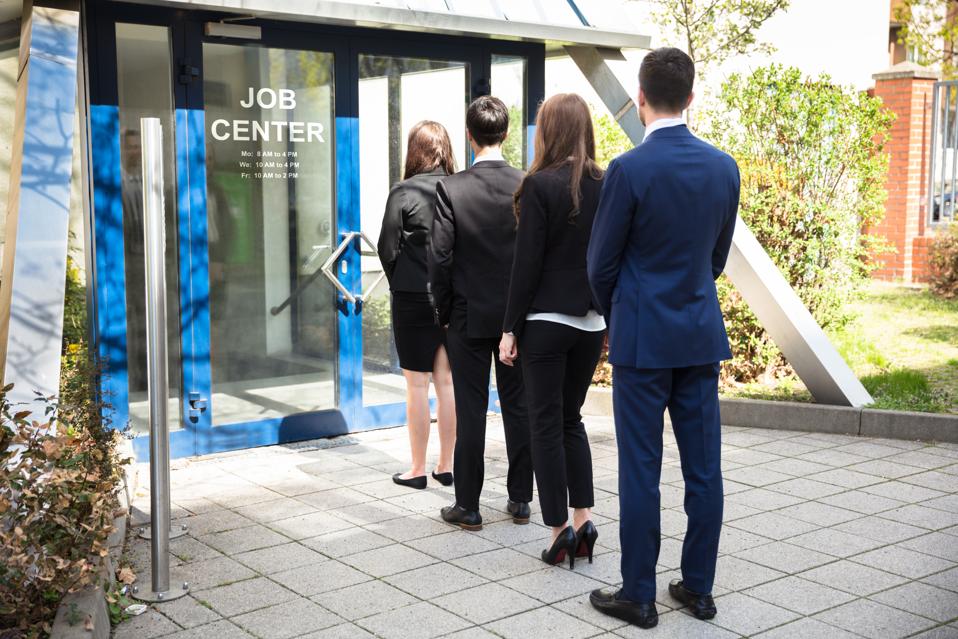 Challenges With Business As Usual

But the debate distracts from issues that deserve our attention in the here and now. We haven’t fully understood the long-term costs of offshoring in a globalized economy. Our business schools continue to preach the gospel of profit maximization despite the externalities. We reward financial speculation while bailing out bad actors. Our middle class has been hollowed out, and the gig economy is a race to the bottom. We accept as a default that a traditional hierarchical management structure is the optimal way to operate all businesses.

In our technology-obsessed culture, we tend to look to the latest innovations for answers. And for good reason: they’ve contributed marvelously to material progress. But science’s linear, analytical thinking is no match for the complexity of the world we live in today.

Technology will not save us from ourselves. We must look to the best western scientific theories as well as ancient wisdom traditions to find solutions going forward.

The recent Integral European Conference, themed “Allies of Evolution,” attracted 610 participants from 48 countries. Topics ran the gamut of education, politics, technology and—of course—the next stage of business. There I ran into Tom Thomison. 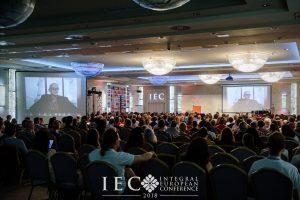 The opening keynotes during the 2018 Integral European Conference in Siofok, Hungary

Thomison launched his first entrepreneurial venture while living in a monastery. His business career led him into consulting where, in most of the engagements, he would help an organization adopt lean, agile, total quality management—whatever the practice de jour was. He was dismayed when 18 months later the initiative would fail. “What dawned on me,” he says, “was that we were trying to make incremental improvements to a status quo power structure by bolting on all these clever techniques.”

One aspect of the evolution of business is the rethinking of the distribution of power.

In 2006, he met Brian Robertson, who had been experimenting with new management approaches in his software development firm. Together they founded HolacracyOne.

Holacracy supports self-organizing teams as an alternative to a command-and-control hierarchy. But its learning curve is arguably a hurdle to its adoption.

Nevertheless, Thomison believes they cracked the code on the critical flaw in conventional corporations: the fusion of an individual with an organization’s power structure. Under Holacracy, a company isn’t a machine controlled by a board, the founders, and its senior managers. It’s a dynamic, living organism free to pursue its evolutionary purpose apart from those working in it. But self-organizing the work, it turns out, is only the beginning of the journey.

“Holacracy is a complete replacement for management hierarchy,” he says. “And it’s silent on people.” 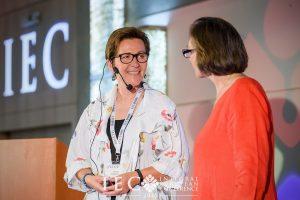 That’s why Thomison founded Encode.org with Christiane Seuhs-Schoeller and Peter Kessels in October 2015. “The purpose of Encode is to move us beyond employment and liberate purposeful work across the entirety of the system,” Thomison explains. “We have a legal system anchored in a jurisdiction with shareholders, voting rights, boards, and directors. All of these constructs are held in antique legal documents where power is still held personally.”

Holacracy governs organizational work, but to embed self-organizing principles in the legal structure of a company, new bylaws are needed, and to guide the interactions of individuals working together, explicit agreements should be documented.

An organization encoded with self-organizing principles in all three contexts constitutes a For-Purpose Enterprise.

“We pushed the bounds of distributed authority as far as we could with Holacracy,” he says. “We got rid of management—bosses, if you will—but we still have this construct called employees.” Thomison envisions purpose agents, rather than employees, coming together to express work in an evolved organization. These agents may even engage in multiple For-Purpose Enterprises.

This behavior is protected in Encode’s own operating agreement, where it states “no Manager shall be required to devote her or his full time to Company business” and “it is anticipated that Managers will engage in outside professional activities and business ventures in support of their own independence, autonomy, and development.”

In a For-Purpose Enterprise, compensation is based on profit distribution, not a salary. Dynamic equity—incorporating Mike Moyer’s Slicing Pie methodology—is used in the early stages before everyone is paid the equivalent of a full-time salary, at which point it converts to capital units. Thus, risk-takers are granted a share of the upside in case of a liquidity event.

Thomison’s vision is refreshingly radical. He’s willing to break all the rules. 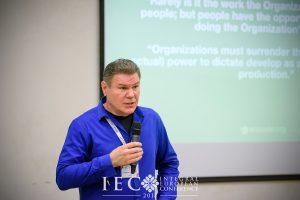 Tom Thomison presenting at the Integral European Conference in Hungary on May 22, 2018

Wisdom And The New World Of Work

But this new world of work is incomplete without supportive financing. Thomison agrees that there’s pent-up demand for deploying purpose capital in a way that defies traditional venture capital and its cousin, social impact investing.

Public policy is another area of consideration. Our nation’s legislation hasn’t kept pace with the on-demand, freelance economy. Some small businesses use Professional Employer Organizations to leverage collective buying power to secure employee benefits at a lower cost. PEOs deserve a closer look as they may help For-Purpose Enterprises in the future.

There’s no doubt that digitization, automation, and artificial intelligence are reshaping our economy. Nobody can control where technology is headed, but if ownership is tightly concentrated, it will serve the interests of power rather than act as an agent of social change.

Encode is prototyping the embedding of self-organizing principles in our legal, financial, and social systems. It’s a step toward tapping into our collective wisdom to restructure the whole of society.

Amid the hysteria around artificial intelligence and a jobless future, evolution asks us to reorient to work, which is something humans have done before. In 1851, James Nasmyth said, “What every mechanical workman has now to do, and what every boy can do, is not to work himself, but to superintend the beautiful labor of the machine.”

Now is not the time to turn the dials on our control panels to squeeze out the last ounce of productivity. Instead, it’s time to tend to companies as living organisms interconnected in a vibrant ecosystem. Technology will not be the end of work. It will not liberate us. Wisdom will.