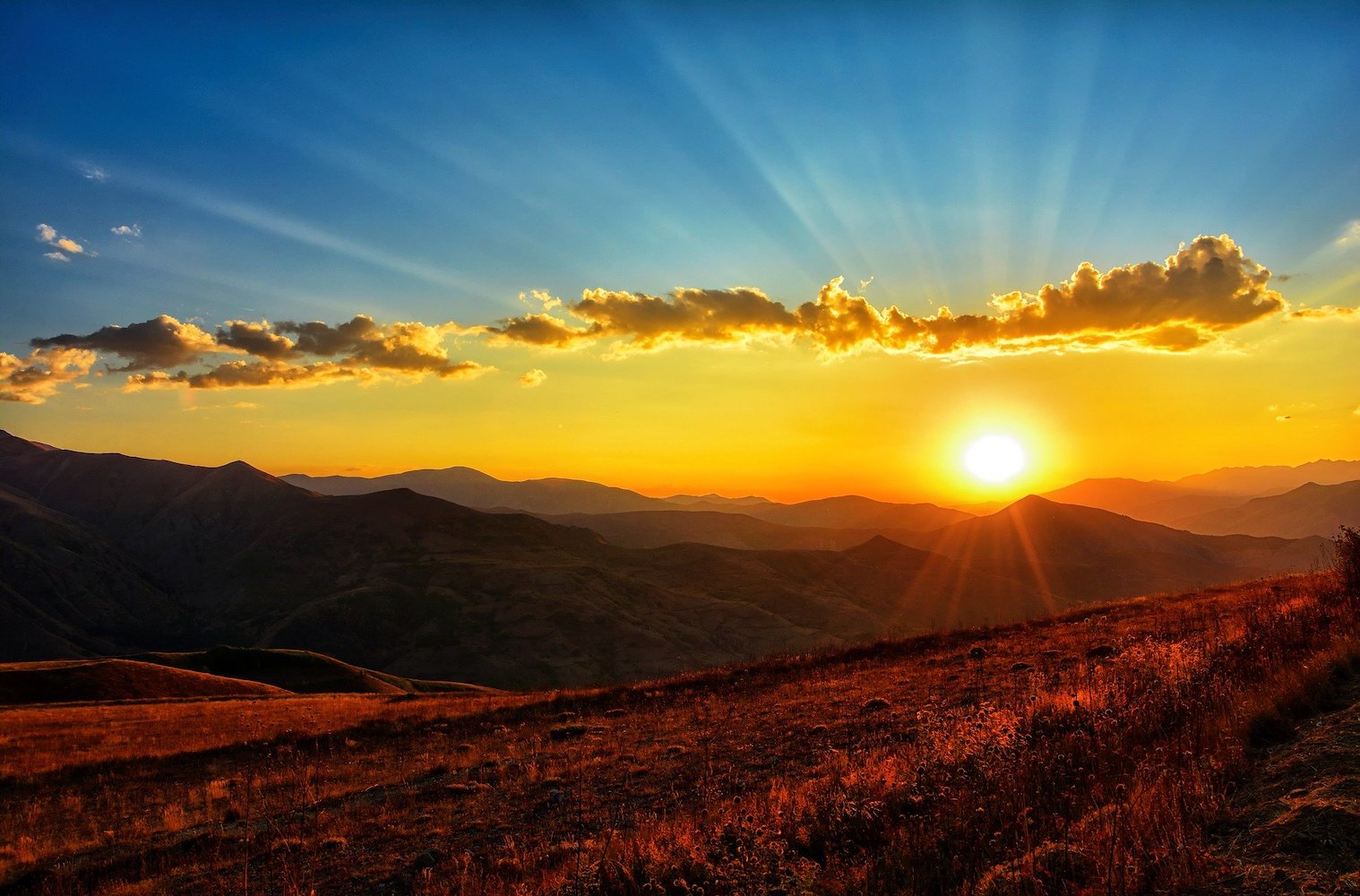 DAO meets FPE – Part 2: There Has To Be A Better Way … And Somebody Already Found It

By  Dennis Wittrock and originally published at Medium.com

This is Part 2 of a 3-part article. Click on the topic/tag below, Decentralized Autonomous Organization, to see other articles on this topic

Part 2: There Has To Be A Better Way … And Somebody Already Found It

Meanwhile, in another corner of the organizational innovation space, there exists a different lineage and tradition of self-organization that has been around since 2016 and shares many similar features with DAOs:

This lineage started around 2006 with the Holacracy® operating system — a new social technology to run an organization differently, based on clear rules and processes that distribute power from the top of the former management pyramid to mutually defined roles and circles. The rules of the game — the “code” of the Holacracy ”OS” — are enshrined in the Holacracy Constitution, a living document, open-source and collaboratively built by the worldwide Holacracy community of practice on GitHub.

Although Holacracy got rid of managers and bosses it didn’t collapse into a “flat” structure like the DAOs. Instead, it replaced a hierarchy of people with a hierarchy of work functions (circles, roles, and accountabilities) that capture different scopes in which the work of the organization lives.

It replaced the CEO as a centralized force of alignment with an organizational purpose statement: purpose is the new boss. All work is organized around purpose, all roles and circles fractally reflect the overarching purpose of the organization. Roles are filled with “Role Leads” (people) and Role Leads are granted a lot of autonomy and authority to act on behalf of the organization:

As a Role Lead, you have the authority to take any action or make any decision to enact your Role’s Purpose or Accountabilities, as long as you don’t break a rule defined in this Constitution. When prioritizing and choosing among your potential actions, you may use your own reasonable judgment of the relative value to the Organization of each. (Art. 4 — Holacracy Constitution v5.0)

This simple authority to act on behalf of your role already takes care of the thousands of small decisions in an organization that need to be taken and executed — without having to call a freaking town-hall meeting every time.

But how are roles and circles and policies created in Holacracy? Who decides about that? In a Holacracy-powered organization, each one of the fractally nested circles holds regular Governance meetings to update the mutual expectations in the circle. Each of these expectations is invalid unless it is written down in the Governance records and is the result of the due Governance process as prescribed by the constitution.

Anyone who fills a role in a circle counts as a member of that circle and is eligible to bring a new Governance proposal for that particular circle. (This takes care of the fuzzy boundaries problem that some flat organizations struggle with where everyone and their mum can vote on virtually anything.)

A proposal must seek to address a “tension” sensed from a role that the person fills in the organization — not just from a personal agenda. A “tension” is any gap between what currently is and what could be. A proposal in which the proposer cannot explain how it would help his role address a similar tension in the future will be discarded by the Facilitator of the circle. In Holacracy all proposals need to be grounded in real organizational tensions. Proposals lacking a proper definition of the problem will get filtered out.

Once the tension and the proposal are established the elected Facilitator leads his circle members through the Integrative Decision-Making Process specified in the rules. I won’t go into too much detail here, but simply present the sequence of carefully calibrated steps that maximize the efficiency of the overall outcome:

Nobody can use vetoes to block the process. Aspects like job seniority or the number of tokens owned are irrelevant to bringing proposals or voicing concerns against proposals. Concerns are tested whether they qualify as objections according to strict criteria.

All legitimate objections must be integrated by amending the proposal, while the original tension still needs to be addressed. Once all objections are integrated into an amended proposal and no new objections surface, the proposal will get adopted and become an official part of the governance records of the circle from then on.

The Governance process only answers the meta-question “Which role can be expected to make which decision and under which constraints?” These are considered to be questions of governance in Holacracy.

Again — every circle updates its structure of expectations and authorities (its roles, accountabilities, domains, and policies) via the Governance process in a regular rhythm (usually monthly). This way, the governance process scales across all circles throughout the organizational holarchy. A “holarchy” is a nested structure of holons — wholes, arranged in a growth hierarchy — think atoms — molecules — cells for example. Holacracy mimics the way natural systems deal with complexity — via holarchies.

Holacracy was a giant leap forward. It gave an organization a clear way to structure its work according to its purpose. Along the way, it differentiated “role from soul” — the organization from its people. While Holacracy says a lot about organizing the work it remains silent on how to organize the community of people.

Also, it left the legal framework, the ownership, and the investment structure untouched. You can adopt the practice regardless of which legal container you have chosen. But of course, every legal container comes with its own requirements and limitations — oftentimes detrimental to the intentions of self-management. For example, most legacy structures create a distinction between two classes of people, owners, and employees, which undermines peer-to-peer relationships needed for self-management.

Tom Thomison, a co-founder of HolacracyOne, sensed these tensions and quickly found purpose allies who felt the same way and wanted to address them. The result is the For-Purpose Enterprise™ model first developed and embodied by the company encode.org, which covers three spaces or contexts.

It addresses the need for a systematic powershift beyond just organizing the work of the Organization Context. It creates a space for the people as well, the People Context with its distinct rules and agreements. The third space, the Company Context, encodes the legal framework and embeds decentralized Governance mechanisms directly into the operating agreement.

In an FPE all members of the Organization (“the Partners”) are simultaneously legal members of the Company (“the legal entity”) and associates of the People Context (“the people”). The highest circle, called Anchor Circle, replaces the legal Board and contains representatives from all three contexts. The Anchor Circle integrates and balances the needs of each context against the enterprise’s overarching purpose using the Governance protocols of Holacracy. Each context has its own explicit ruleset. Currently, the FPE model runs on top of a modified Nevada-based LLC structure.

A huge problem for startup founders is that at some point they will have to determine which of the multiple founders owns which percentage of the company. Usually, they sit down upfront and agree on a percentage, maybe 50/50 in the case of two owners — or 70/30, if it is clear that one of them invested much more in terms of time and personal cash (both of which is risky to different degrees). With three founders you might have a simple 33/33/33 split, or 40/30/30, and so on … you get the picture.

The reason why this often becomes problematic is that things change — especially in the busy world of startup ventures. One founder drops out because his spouse got sick, one works his ass off day and night, while the other takes it much slower.

Suddenly some extra cash investment is needed which only one of the founders is able to make from his own pocket to keep the business afloat, etc., etc. The variables are ever-shifting until the business becomes profitable, but when it eventually does, the profit shares are fixed due to a decision made blindly and predictively at the very beginning of the journey. Dynamic Equity is an alternative way of arriving at the capitalization table and percentages of shares among the investors of a company.

At encode.org swapped out this old predict and control equity model in favor of the Slicing Pie Dynamic Equity model by Mike Moyer. In fact, we love Mike’s work so much that we baked Slicing Pie principles right into the operating agreements. We encoded Dynamic Equity into the operating agreement by creating a new class of membership interest, the Allocation or “A Unit”. But there are three others as well. Here’s a list:

To find out more about the different units and what they are there for check this in-depth article.

Together these units of account provide founders with new financial vehicles and instruments to play with, bringing a high degree of flexibility to navigate a broad range of situations — especially during phases with low cash flow.

These different “currencies” of an FPE were conceptualized before blockchain technology really took off in a big way. Now they literally scream to be tokenized and put into a distributed ledger.

Read Part 3 of this article here.

The Emerging Future Podcast – Christiane Seuhs-Schoeller on Going Nomad, Finding Pathways to Wholeness, and The Language of Spaces