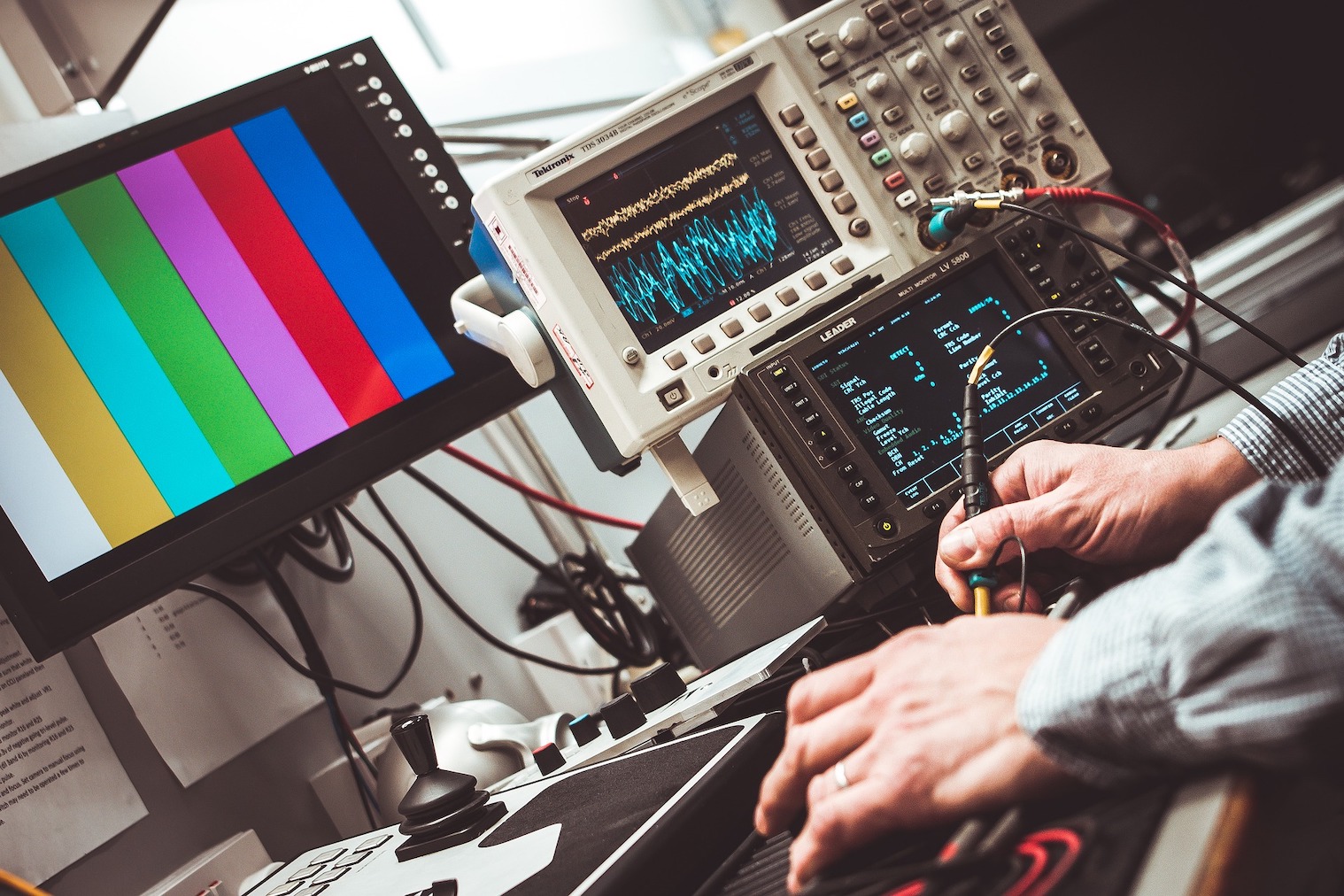 The Advantages to Defining Job Roles Instead of Job Positions

By Peerdom and originally published at peerdom.medium.com

The world is dynamic, moving fast, and difficult to predict. Given such volatile conditions, consider building your organisation out of granular, dynamic building blocks (roles) rather than coarse-grained, rigid units (positions).

To build a physical structure that lasts, you have to carefully consider the building blocks. If they are too clunky and rigid, the structure snaps under the pressure of external forces. Architects and structural designers know this well, and have developed techniques to make sure a building withstands pressure. How can we apply this knowledge toward building resilient conceptual structures such as an organisation?

One simple, yet powerful idea is to reconsider your building blocks and design your organisational chart as a collection of job roles rather than job positions. This easy-to-implement change has a major impact on your organisation’s agility and adaptability. It also permits employees to personalise their job to match their individual strengths and motivation.

We’re all familiar with job positions, the building blocks of a position-based organisation. A job position comes with a title (e.g. Senior Data Analyst) and is filled by a single person. Each position has a job description: a list of responsibilities, skills, and qualifications needed for the position. By contrast, role-based organisations are composed of job roles. Roles represent a finer-grained unit of work and responsibility than positions.

Think of it this way: job positions describe responsibilities that span a diverse range of competencies. For example, a Senior Data Analyst may be responsible for hiring team members, coordinating projects, analysing data, and mediating team conflicts. In a role-based organisation, each of these activities would rather be described by a separate role. Roles are like a decomposed position—they are the smallest, indivisible autonomous cell of decision-making.

In a role-based organisation, each person is defined by the portfolio of roles they hold rather than by a single title. Roles can also be held by multiple people. In the above example, our little green person holds three roles: Data Analyst, Copy Translator and Talent Recruiter. Two other people hold the Data Analyst role, and one other holds the Talent Recruiter role.

Building your organisation with positions vs. building it with roles

The most common organisational structure built from positions is a hierarchical pyramid. In this type of organisation, each person can be found in exactly one position on the organisational chart or organigramm (a diagram showing relationships between the building blocks).

We’ve all experienced being hired to a job with a job description that, over time, diverges from what one actually does. It’s natural that your work evolves over time, but job descriptions rarely evolve with it.

Job descriptions are also often inaccurate from the beginning. They tend to be written by excited HR teams or managers who envision an ideal candidate for the position. However, there’s rarely a perfect match between this idealised description and the eventual candidate. This rift is not always corrected for upon hiring, making one’s job description immediately outdated.

2. Positions are single points of failure

If a manager leaves the organisation, the first reflex is to replace the vacant position, even if it might be difficult to find someone to fill this gap. Since positions represent a single point in the pyramid, disruptions can have cascading effects on those connected above and below the position. At the same time, re-filling the position might not solve the problem, since their job description might not reflect what this person was actually doing on a daily basis (see point 1).

3. Position descriptions are generally not shared in a useful way

Job descriptions are often kept between the candidate and the recruiter. They are rarely published for other team members to consult while making decisions. If they happen to describe overlapping responsibilities with other positions, it may lead to wasteful repetition of work, as it is unclear who should be doing what. A lack of transparency can also lead to unnecessary frustration in your team if someone “steps over their boundaries” to make a decision — maybe without even knowing they were doing so.

Roles to the rescue

Using roles to describe your organisation can avoid many of the problems listed above and comes with additional benefits.

1. Roles are dynamic and adaptable

Removing or adding a position can be complex, lengthy, and costly. Since roles are more fine-grained or “closer” to the actual work, they can be added and removed to match the evolving needs of your organisation. Because taking on a role is less of a time commitment than taking on a position, it is often possible to fill a new role without hiring a new employee.

It’s also easier to remove roles, too. Role-based organisations do not have to fire employees if a role is no longer needed — the role holders will simply find themselves with one less role in their portfolio. By the same token, when a role is removed, employees do not have to quit. This might rather be taken as an opportunity to channel their energy elsewhere.

2. Roles don’t depend on individual people

As explained above, in a position-based organisation, work often depends on a single person. If that person isn’t around, decisions might have to be postponed and projects can stagnate. Positions are therefore co-dependent.

In a role-based organisation, it’s much easier to avoid such bottlenecks because roles can easily be held by multiple people. It is also easier to delegate fallbacks, as you’re not handing over all of your work, just specific parts of it. Roles are therefore inter-dependent.

Such flexibility helps if someone leaves. In a position-based organisation, a departure can create a significant gap in the organisational chart. By contrast, roles provide the option to absorb shocks by redistributing work across the entire remaining workforce. This same insight underlies the design of geodesic domes, whose building blocks are omni-trangulated to guarantee a stable structure even when a supporting beam is removed.

3. Roles provide a holistic view of what the organisation needs to succeed

Roles more accurately describe the actual work that’s being done, helping pinpoint who is responsible for what. It increases transparency among team members and makes it easier for people to collaborate independently. Beyond this, making role descriptions explicit also forces conversations about whether a certain role is necessary or not (“Do we really need someone to …?”). In other words, maintaining an up-to-date role portfolio informs the organisation about what is truly necessary to thrive.

Employees can take on or leave roles throughout their tenure at an organisation. Their role portfolio can evolve over time, based on how they want to grow. This is quite different from moving up (or down) on a pyramid of positions, where the only possible career path is to advance to another pre-destined position (e.g. a promotion from Salesperson to Regional Sales Manager).

Here’s a concrete example: Nathan started working at Nothing as a software developer. Through personal motivation and interest, he progressively took on new roles and left old roles, aiming to work on entrepreneurial ventures.

He eventually became the Business Representative at Peerdom (a product that Nothing developed), where he holds roles in fundraising, public speaking, and business strategy. These roles have little overlap with the roles he initially took on when he was hired. Such a career path evolution would be nearly impossible within a siloed, position-based organisation.

Personal development doesn’t always need to be so extreme. It might also just mean that a Data Analyst who grew up in a bilingual household takes on a role as a French Content Creator to assist communications efforts. The point is: individuals can better tailor their job to match their unique strengths with roles.

Use a map to simplify the complexity

Then, if one is able to evolve their role portfolio over time, the complexity skyrockets. For instance, if you leave three roles and take on two roles, how will your colleagues know this? If role ownership changes, how will you know who to consult to make a decision for a task (remember, there is no more boss “above you”)?

The key to a successful role-based organisation is to keep role descriptions and role holders up-to-date and transparent. This is where technology can assist. Digital tools like Peerdom can help you describe, visualise, document, and share roles.

Moving from a position-based organigramm to a role map requires a little upfront time investment. You’ll have to decompose job descriptions into smaller, separable units. But once you’ve got your new organisational role map, you’ll have a simple and powerful way to keep track of who is currently responsible for what.

Most importantly, you’ve now built an organisation out of bamboo: a resilient building block that can bend without breaking under the uncontrollable winds of our modern world.

A simple and practical introduction to shifting to roles (Samantha Slade)

Circles are not more agile than pyramids! (Squads are not either!) (Timm Urschinger)