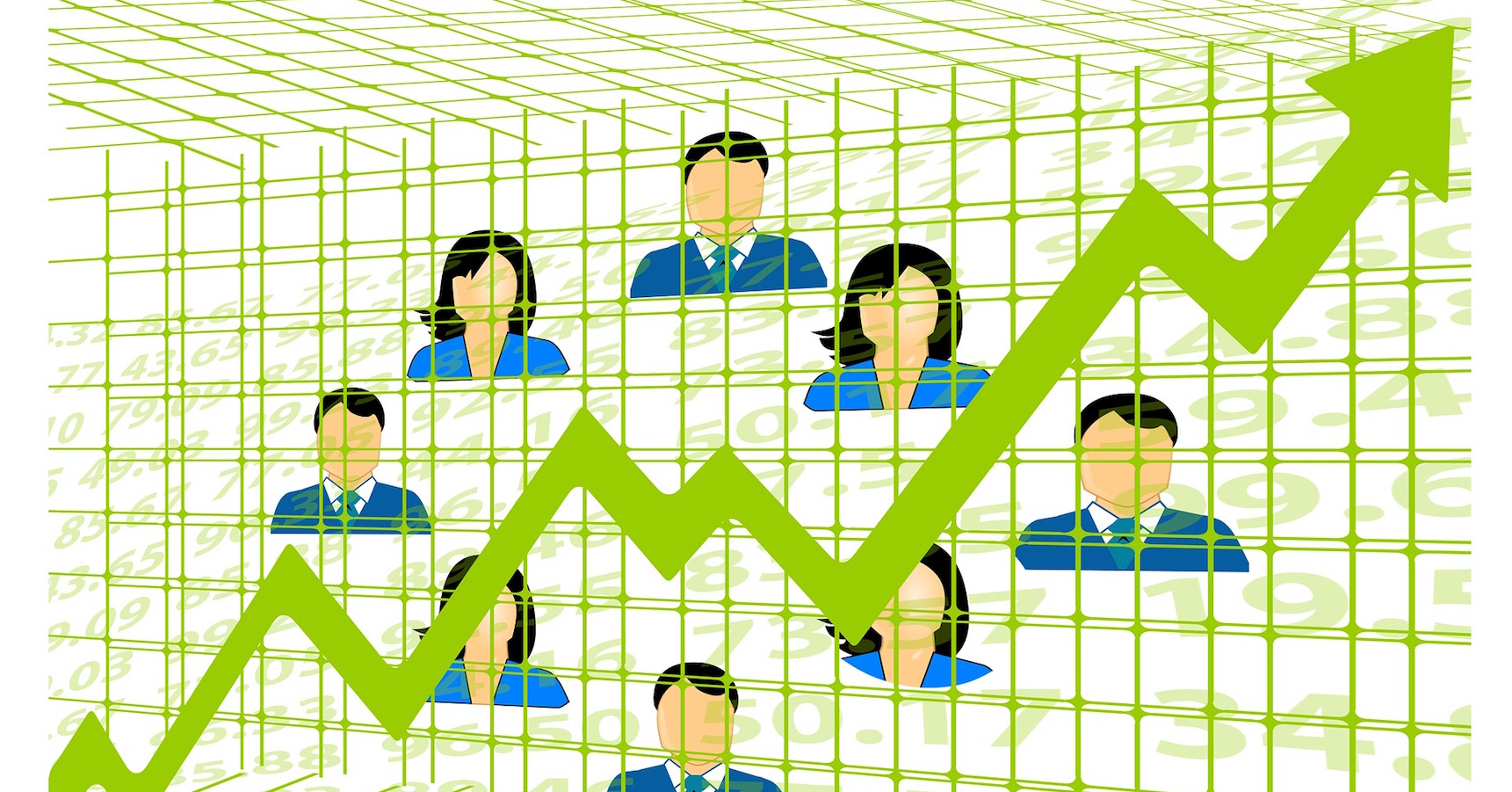 Last year we visited Denmark, reportedly the ‘happiest country in the world’. Alexander Kjerulf, Danish hero from our Bucket List and self-proclaimed Chief Happiness Officer, invited us over to attend his yearly happiness at work event called ‘‘Arbejdsglæde’ in Copenhagen. It is at this event that we met up and extensively spoke with Bucket List hero Lars Kolind to discuss the pioneering work he did at Oticon (a Danish hearing aid manufacturer) in the 90’s. We want to share the 5 most important things we learned from this inspirational conversation.

Lars Kolind is most famous for his concept of the ‘spaghetti organization’. In 1988 Lars was appointed the new CEO of Oticon. Oticon was founded in 1904 and continued to grow to become the world leader in the field during the 70’s. During the 80’s it’s market share started to decline. By 1987, the company’s market share had dropped from 15% to 7% and it started to lose money. When Lars became the CEO, Oticon was a deeply troubled company and needed a miracle to survive. Oticon was a very traditional, departmentalized and slow moving company. Lars knew a radical change was needed to steer the company back into the black numbers.

Unlike many of the other organizations we’ve visited, Lars took charge of the organization in a dictatorial way in the beginning. He centralized decision-making power to radically cut costs and make Oticon profitable again. This period lasted for about 2 years and was successful. In 1990, Oticon’s revenues added up to $ 80 million with a profit of $ 2 million.

Even though the approach of Lars’ first years were successful, he knew this leadership style wasn’t going to move Oticon forward from there. He felt it was time for another type of leadership to further grow Oticon’s business.

Lars Kolind:  “When I started at Oticon I felt a huge desire and need to design an innovative, fast moving and efficient organization. And that is what I did.”

1. Start with a vision

Soon he realized that the hearing aid industry was completely technology driven. Lars, however, believed that Oticon was not solely a manufacturer of hearing aid devices. It was in the business of ‘making people smile’. He realizes that Oticon should not only understand the technology but needs to gain knowledge about people’s lifestyle as well.

In 1990, Lars reveals his vision on the new style Oticon to his employees in a manifesto. This 6-page memo was presented under the heading “Think the Unthinkable” and mainly embodied his vision. The objective of the vision was to create an increase in profitability by 30% over the next three years. For this to happen Lars believed the company should have a strong customer orientation. Oticon needed to move from a purely manufacturing company producing traditional high-quality standard hearing aid devices to a first class service firm with products developed and fitted individually for customers.

Lars understood that they needed to have a clear direction which everyone understood and believed in. He therefore introduced a new mission statement that captured his vision: “To help people with hearing difficulties to live life as they wish, with the hearing they have”.

2. Redesign the rules of the game

In the same manifesto he describes his view on organizational design and management called, the ‘spaghetti organization’. It turns out to be a model based on human values. Lars wants to build the organization on the assumption that they only employ adults. And everything else they do is based on that particular believe. He tries hard to stimulate a bottom up change within the organization to renew itself and therefore puts a few new ground rules in places:

The power of symbols

“In order to symbolically underscore the fundamental transformation of Oticon, the headquarters moved, at 8 am on 8 august 1991, to a completely new location. All of the furniture of the old headquarters was auctioned off. In the new building all the desks were paced in huge, open office spaces. Coffee bars were strategically located around the building to stimulate and encourage discussion, and central spiral staircase that was wide enough to permit chance encounters and dialogue, replaced the elevators in the building.” (source: MIT)

But that’s not all. Lars seems to be highly inspired by the global scouting movement in the way he runs the company. In the new style Oticon, teams are encouraged to take up projects from start to finish all by themselves. It is an employee’s job to either find something useful to do by joining an existing project or to start a complete new one by themselves. They enjoy lots of freedom in the process and don’t have to worry much about resource planning. As long as the deadlines are respected, that is all that counts at new style Oticon.

Lars Kolind: “I see most companies as a waste of resources. In contrast, when I take a look at the scouting movement I see a strong volunteer aspect. When scouts come together they cooperate effectively without hierarchy, like a family brought together through common goals. That’s why the scouting movement is accomplishing loads of remarkable things with limited resources.”

“So how does the spaghetti organisation work? Any individual who comes up with a good idea is free to assemble a team and act as project leader. Each project, however, then has to compete with all the other projects trying to get off the ground at any time. In true Darwinian fashion, an employee must attract sufficient resources and support for his or her project or it will perish. At times, there are up to 100 projects on the go, forming and disbanding as tasks are started or completed. Individuals invariably contribute to more than one project at a time. Key to freeing up the way people think and work is Oticon’s mobile office system. Employees carry their office with them wherever they go at Oticon’s headquarters.” (Source: ManagementLab)

Till now it all sounds quite familiar to some of the pioneering organizations we’ve been visiting over the last year. However, the interesting thing is that Lars’ approach to break free from the hierarchical structures dates back to 25 years ago. He designed it to perform, and it worked surprisingly well.

It took months before everyone understood their new way of working. But with the introduction of the ‘spaghetti organization’ Lars was able to significantly grow Oticon’s business. The amount of staff reduced, efficiency increased and the price of their hearing aids dropped by 20%. Moreover, the new product lead time has been reduced by 50% while plenty of new products were launched, including the world’s first digital hearing aid in 1995.

In 1995, it published figures showing revenues of $160 million and operating profits of $20 million – an increase of 100 per cent on revenue and a ten-fold increase in profits on the figures for 1990. (source: ManagementLab)

In 1998, after serving for 10 years as CEO, Lars decides to step down and move on. But the introduction of the innovative management style has proven its success in the long-term as well. Although the ‘spagetthi organization’ has evolved over time, Oticon is reported to be still an unusually relaxed and empowered organization. Nowadays, Oticon is the world’s second largest hearing aid manufacturer.

5. Scale and prove your vision

After stepping down as CEO of Oticon, Lars became a serial entrepreneur. Till now he started over 20 different companies around the world, with a strong focus on impacts that the companies can bring to society. He started companies in all kinds of fields, but they must always have a strong ‘why’.

Lars Kolind: “The fact that all of this works has nothing to do with a certain industry, it has everything to do with the people. And it is neither a cultural thing, but a fundamental human thing. I don’t like to talk about my vision all the time. I prefer to put the vision in practice and show the realization of such a vision by examples of successful businesses in real-life.”

Republished by permission of the authors.