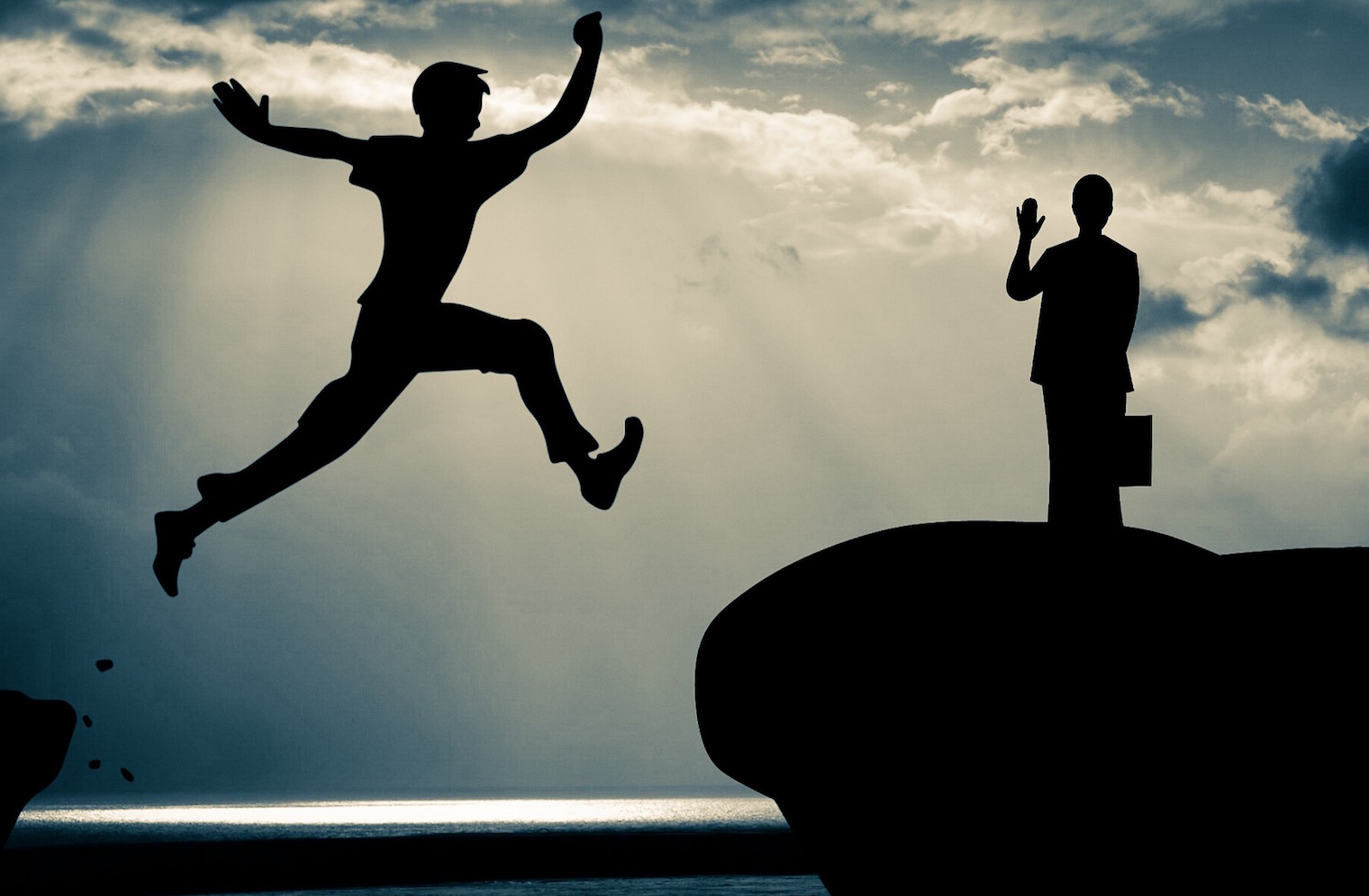 By Philippe Pinault and originally published on medium.com

An internet entrepreneur for nearly 20 years and today involved in the development of talkSpirit and holaSpirit, I’ve been privileged to witness firsthand the impact the internet has had on the way we work. In 2014, I decided to commit talkSpirit to a process of “liberation” by adopting Holacracy as a new governance tool.

For the last two years, I’ve been journeying towards a new “world” (of work), one which appears increasingly vivid to me. This post, and my following posts on this topic are designed to share with you my thoughts and the things I’ve learnt, and submit them to your questions and comments.

You hear and read increasingly more about liberated companies and might be wondering what this expression actually means.

Liberate what? Why and what for?

Before talking about liberated companies, we can justifiably ask ourselves why, and what for?

In this new world, the most successful organizations are networked ecosystems that continuously exchange information (data) and communicate with other ecosystems. This interaction help make these autonomous systems more intelligent, able to find new responses to the problems they encounter more quickly. As new technological barriers are overcome, these ecosystems access new capabilities which allow them to further accelerate. Such sudden and rapid acceleration is a test for most organizations. Adapt or disappear is a reality which concerns us all.

In this new world, I think that the question of purpose is going to become crucial. It provides a vital direction that guides the intelligence towards a goal. This is the subject of a previous post where I observed that the fundamental purpose of your organization will be a key element of differentiation tomorrow, both for your clients and employees.

Also, once these background questions have been addressed, liberating a company creates the most favorable conditions for realizing the fundamental purpose of your organization.

Liberating the company liberates intelligence, liberates creativity, liberates the capacity for initiative, allows 1+1 to make 3, even 4 or 5.

Liberating the company promotes leadership, liberates your employees from constraints that hinder their capacity to best perform their roles in service of the vision or the purpose of your organization.

Through personal experience, I’ve observed that companies require a paradigm shift in at least 2 areas: 1. governance, management and 2. information sharing, communication. A paradigm shift because it’s not simply a question of developing of a current system, but a new approach to how we work together, that will gradually make the old one obsolete.

Liberating a company in this area means moving from a rationale based on the subordination of people, to one with the greatest possible autonomy, moving from a governance structure designed for organizations focused on the needs of large-scale production to a system designed for complex, networked organizations, in an environment that changes fast and which requires an increased ability to adapt.

Liberating a company in terms of governance means moving from a rationale of subjection (to the boss and their emotions) to one where authority belongs with the person performing a task. It’s moving from a forecast-order-monitor approach where the head of the organization decides for others to a dynamic management approach based on the capacity of each person to take the best decisions in the domains they are responsible for.

Liberating a company means moving from a toxic environment, in which political and power games are unwritten rules for doing the job, where egos and emotions govern, to an environment where your energy is solely directed to those actions required by your roles, guided by the purpose of those roles you perform in the service of a greater purpose to which you contribute.

Liberating a company liberates your employees from the drama triangle and placing the relationship within a healthy, adult framework as is generally the case in projects undertaken outside the organization. Liberating a company allows your employees to truly be themselves, placing their intelligence and talent at the service of a collaborative project.

Liberating a company gives everyone ability to act and have an impact on the resources necessary to put their energy and intelligence in the service of something bigger, in resonance with their individual purpose.

The move from one management approach to another is not easy, because it involves a change of “mental” software where the words confidence, autonomy and intelligence are used in describing relationships with others. Genuinely. Tangibly, and in all actions.

Liberated companies understand the challenges that this paradigm shift involves, such have organizations been accustomed to governance based on heavy-handed / authoritarian approaches, roles played in the sense of masks worn, and political / manipulative rationales. There are tools that help make the shift to this new paradigm easier, and in my opinion Holacracy is the most powerful tool to make this shift. I’ll come back to this later.

Information is fuel for intelligence. Intelligence requires understanding an environment (internal / external) in order to identify the best opportunities for action.

In association with conversation and communication functions, these tools promote initiative-taking, speed up decision-making, reduce the risk of error.

If the digital world has become a strategic challenge today, it’s because it is the carrier of this information. Liberating a company means moving from a world where information is controlled and reserved, partially disseminated over a varying period of time, to a mature company where information circulates in real-time, where digital technology is no longer an issue because it permeates everything, where collaboration, discussion and conversations about information are practiced naturally, informing each employee in their decision-making process.

It’s with this understanding that we decided in 2015 to shift the focus of talkSpirit to provide teams and organizations with a platform for information sharing and communication able to support them in this context. But let me return to what I was saying.

Liberating a company throws a light on a company’s internal environment, its governance, on “who does what”. It means relinquishing a system of labels associated with the authority you have over others for a clarification of roles that you perform within an organization.

The paradigm shift connected with governance on the one hand, and the diffusion of and access to information on the other, are undoubtedly the 2 areas in which change is most visible.

What a liberated company isn’t

A currently fashionable term, the liberated company fuels a lot of debate and brings with it a lot of misconceptions. Firstly from those that quickly assume that it involves “giving the keys of the organization to employees, getting rid of management and let’s roll”. Secondly from those that call themselves a liberated organization with the same objectivity as their sales brochures.

Being open to new capabilities added to the existing environment and which progressively render old practices obsolete.

From a hierarchy based on control and authority, the subordination of some to others, the organization adopts a hierarchy based on its purpose, the roles to perform, and their respective accountabilities. Holarchy is certainly the organizational model that best suits the governance of a complex, dynamic system. Is it a coincidence that living species are themselves examples of holarchies?

From a system of rules most often guided by mistrust, anticipation (the famous “but what if….”) or simply created to benefit a minority, the organization adopts new ground rules. Amongst these, those that define its internal culture, its system of values are the most important for organizations with an ambitious project of change in mind.

In general, critics of liberated companies often overlook that this liberty exists because there is a clear framework in which to express it. My personal experience is that a liberated company goes hand in hand with more stringent performance and quality requirements. More to the point, these requirements are directly linked to your employees’ highest expectations. Liberating your company means taking things to a higher level.

Finally, a liberated company is not a goal, it is a way of realizing your organization’s purpose, one that is relevant for today’s world.

Liberating your company involves setting out on a journey to a new world that gives you access to previously unimaginable new capabilities. I understand the doubts and fears of most business leaders I speak with. In the same way in which it was impossible to imagine the world in which we live today prior to the Internet, it’s equally difficult to imagine a world of organizations equipped with new social technology.

If you are the head of an organization, it’s up to you to initiate a process that will have a multiplier effect on you business.

Like any journey, at one point the time comes to weigh anchor and commit your team to a human adventure which will be a transformative experience for everyone.

If the idea of “letting go” seems risky, my view is that it’s even riskier to do nothing, and that in any event it’s impossible to develop an ambitious purpose for your organization, one that has an impact on the world, without fully adopting this new paradigm.

Rest assured, however. If the journey is a long one, and certainly 3 to 5 years are involved, it holds some wonderful surprises in store along the way. They will be some clear signs that show you you’re on the right path.

Among the benefits I’ve observed: the relief to no longer be the person who makes decisions in areas and subjects that were unfamiliar to me and sometimes unknown (the loneliness of the leader), the satisfaction of putting my abilities at the service of missions in which I can bring the most value, the amazement when faced with what a “liberated” team is able to achieve when the purpose is clear, when the environment is healthy and when the appropriate collective intelligence tools (in french, sorry) have been implemented.