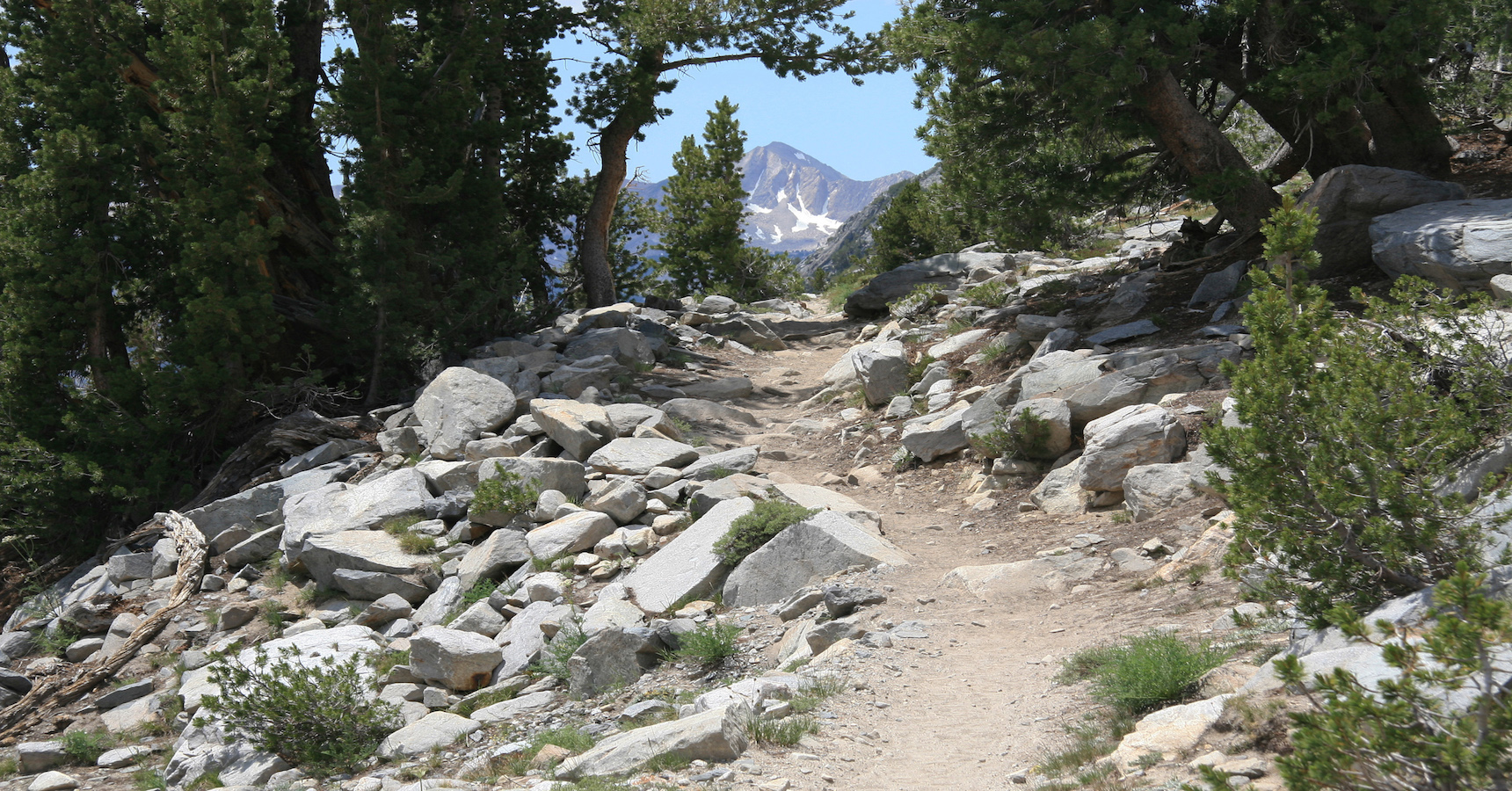 By Nicolas Ochem and originally published at IGI partners

There is plenty to read, see and hear about the liberated company concept, but is it the company or the employees who need liberating? There is a lot of talk about changing the “traditional” managerial model, but do companies that have undergone a form of liberation have a real model to offer? Or, are these just the personal stories of pioneering entrepreneurs who took the risk of turning part of their power over to their employees?

We asked ourselves all these questions before we took a view one way or the other. Furthermore, we asked if there were any serious methods for measuring the liberation of talents, responsibilities and energies? It’s not as easy as it first looks. We thought that one thing was for sure – we had to solve a complex equation linking:

Once this basic premise was defined, the need to have a method, or even a “technology”, as Bernard Marie Chiquet likes to call Holacracy®, appeared essential to us.

Proposing freedom and responsibility requires work on the organization and on the framework of the game, which must change. You cannot just decree liberation by creating more collaborative work and installing sofas in the offices. You must go farther and reflect on the very structure of the organization. You must define a clear framework that is strict but flexible, enabling everyone to fully understand and accept the scope of their responsibilities. They can then bring about change in real time as needed in their department.

Having laid down the initial premises, we knew that the change would probably be violent and destabilizing for the team. It would almost certainly be costly in terms of energy and human investments, unless we took “baby steps” that excluded any risks. However, doing this also raised the possibility of excluding any real progress.

Thus, with the 30 employees of the “Decathlon Villages” real estate development department, we decided to begin morphing into Holacracy in March 2015. It was rough at first, and the programme received a varied welcome according to people’s personalities. The Holocracy method is really complicated; there is a specific vocabulary and the IT tool can be a bit off-putting for non-English speakers. However, the leaders pushed forward because they were convinced the adventure was worth the effort and that we were lucky to have an opportunity to have this experience.

We were soon so deeply immersed in the process that we probably did not realize how far we had gone. This is even more significant because, looking back, we can reasonably say that our management was already one step ahead of us before they moved forward into this new era.

Even though we had been forewarned, we experienced the ups with great pleasure and then suffered the downs, similar to any good athletic competition. We integrated, we progressed, we adapted and we rebuilt our department in Holacratic® mode. As we move forward, we admit that the switch has not been as easy for the “old bosses”, who were forced to give up part of their prerogatives, as it has been for the operational teams. For the most part, they have taken their authorities to heart and enjoyed their autonomy.  They have also discovered the difficulties of taking on responsibility.

It is probable that not all Humans are built to take on total responsibility, or at least that getting used to these new authorities is handled differently according to people’s personalities.

It is nonetheless certain that the lines are shifting. A wind of liberty and responsibility is progressively blowing over the group. Tensions arise and are discussed. The process is settling into place and solutions to outstanding issues are found relatively quickly.

As our organization has restructured, small steps have been adding up and we have learnt to forego perfection. Sometimes it is unachievable or too far off. Everybody is getting used to this new way of working and learning to respect other people’s authorities. Sometimes they step on toes and then pull back, aware of the fact they are falling back into an old mode of operation that is progressively fading away.

We must admit that there is still a kind of restraint, as though bits of the former system linger on. Sometimes this keeps certain subjects from being brought to the table for discussion, in contrast to the process which encourages people to put all tensions forward and deal with them. Scepticism arises when people are faced with the changes and particularities of the method, sometime giving rise to doubts. The pessimists dig their heels in, adapt, or go missing, but the group is moving forward and the results remain strong. Some people have been won over, others have been reassured; some are still sceptical. We have not all been fully won over to the Holacratic cause. Flexibility has come at a price, that of patience, a kind of paradox that we need to resolve.

With the end of the year, the subject of assessment and compensation is coming up. We cannot avoid upgrading our practices in this area without running the risk of calling into question the empowerment process we have undertaken. We have innovated with new self-performance assessments and we get our employees involved in determining 50% of their salary re-evaluation. The system can be somewhat challenging, but the lines are shifting and, in the end, we reach fairly coherent decisions.

We are already (or at last) coming to 12 months of practice, and we have not yet reached the end of the road. However, we have imagined where we are going and we are getting there. We are pleased to have undertaken this process in a period that has been quite favourable and with a good team. These are key factors for success, that’s for sure. Training is ongoing, because the method has not yet been mastered by all. We still need to persevere, explain and convince. The tactical and governance meetings are held frequently enough and we have a mastery of the conference calls that are becoming a weekly reflection.

It is not yet time for a final assessment, because the end of the road is not yet in sight. It will probably take close to another year to objectively assess our journey. In the current state of things, the group has not been totally won over, although a majority of our employees are in favour of pursuing this adventure. We need to continue training people, and we need to be able to step back from the method, without undermining it. This allows us to make the adaptations needed to motivate everyone to the fullest. We also need to avoid concentrating too much on the technique, which we are increasingly becoming fluent in. Instead we need to focus on our goals, our performance and our progress.

Holocracy has one major benefit

We can now admit that Holacracy has one major benefit – it shakes up organizations and personalities. Nothing will ever be the same as before this experience. We can continue or adapt, but it would be tricky to go back to the strictly conventional management system that we applied and respected for so many years. Little by little, roles have replaced accountabilities in the job descriptions, and a Holacratic vocabulary is smoothly blending into our discussions. We need to deal with our tendency towards less direct communication and turning inward. We try to replace individual interviews with collaborative meetings, which does not come naturally to us. We also need to keep working with other in-house departments in a more or less conventional way; the gymnastics involved can be tricky, but Holacracy is open to all kinds of adaptations and all kinds of codes.

We cannot conclude our story with an epilogue, because the adventure isn’t over yet. We need to continue exploring, adapting and verifying that this change in the managerial paradigm is good for us, or at least has more benefits than disadvantages. We need to know that it does not disturb the teams more than it liberates them and that the benefits are being felt. We also need to know that the former head of the pyramid has indeed managed to let go and that leadership is now built in in ways other than through constraint. Whatever happens, this experience has been extraordinary. It has created a real break with our old habits, and when we tell people about our story, we really realize how much this is the case. 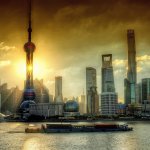 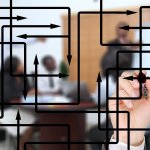 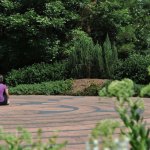 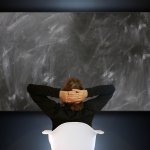 How to Create Powerful Accountability Questions for Self-management