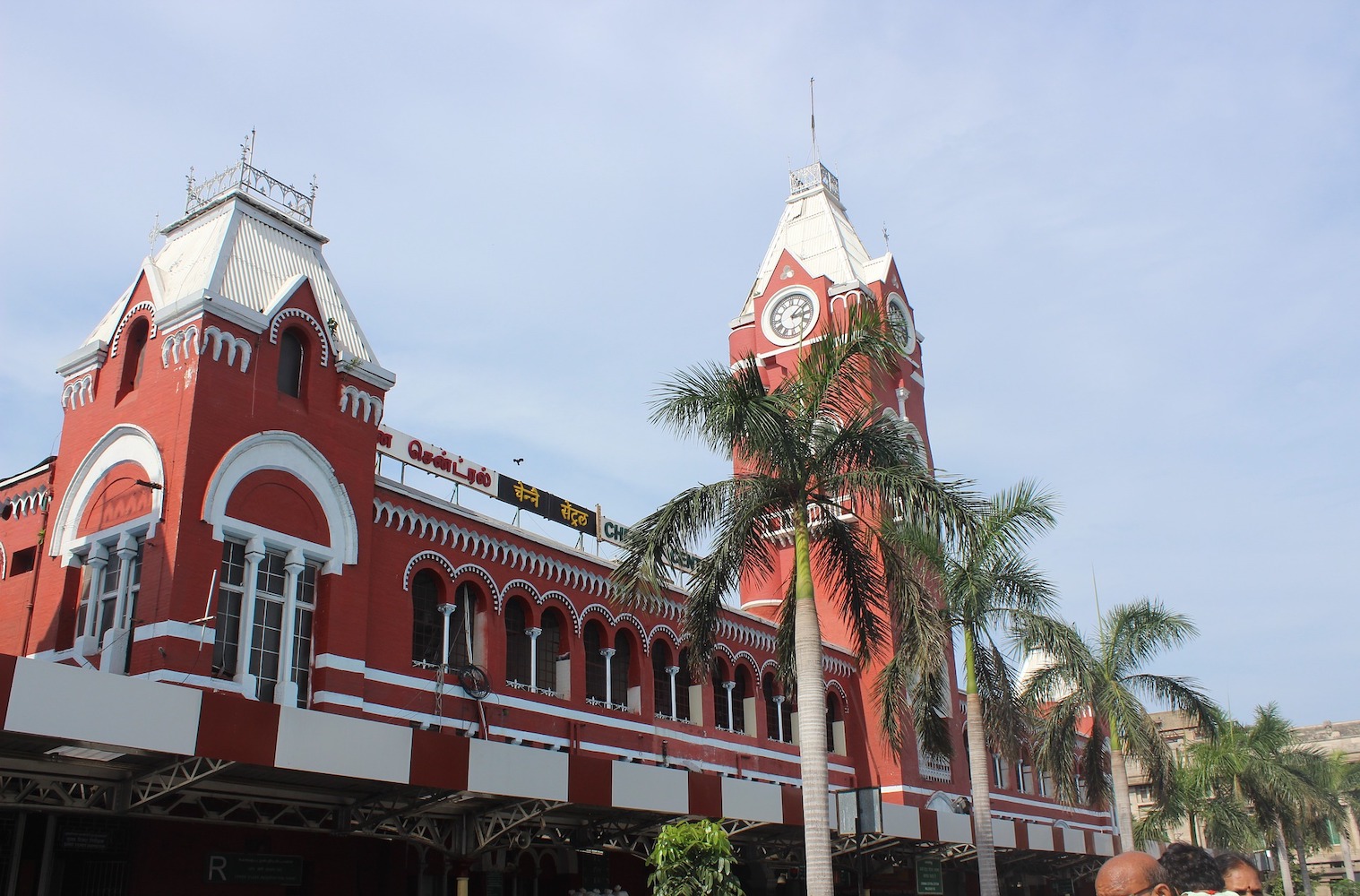 I believe self-organisation can happen anywhere with anyone—even in the most challenging cultural environments. You just need to find the human beings who believe in it. That has been the premise at our software company, Mindera.

This would be my first time there. I had heard and read so much about it via TV, books and movies. Chennai was our landing ground. There, the heat is intense, the humidity high, and it’s loud like I have never heard before.

A tradition of hierarchic structures

It is only natural to fear that self-organisation might fail in India. After all, it has a tradition of hierarchic structures at home and work. What a nice context in which to prove that self-management can actually work with human beings, anywhere in the world, if they want it to :).

The first sign it might be possible was in front of my eyes on the car ride from the airport to where we stayed. As chaotic and scary as it was, traffic in Chennai got the job done pretty well.

There are rules, but no one is afraid to break them as needed! There also seem to be unwritten rules on driving that are only understood when you are part of it.

On the one hand, we wanted to lay foundations so they would not feel lost. On the other, we didn’t want them to just follow rules and guidelines, but to build their own.click to tweet

Creating Mindera in India and bringing together the team was a big challenge. On the one hand, we wanted to lay foundations so they would not feel lost. On the other, we didn’t want them to just follow rules and guidelines, but to build their own.

What I said to myself to prepare was: “You don’t have to tell them how to do things. Just tell stories and facilitate discussions.”

We started this journey with a friend who owned a company in India. And we already had people working on projects when I first visited. We wanted to take a week to talk about how Mindera started, and how they would be the ones creating their path and future.

One thing that helped us stand out was setting up our office away from the iron and glass towers. We had a small house by the beach that many felt was refreshing—even if it took us a while to get air conditioning working in all the rooms. (I was not prepared for such heat.)

On our first day we decided to have an opening discussion with everyone.

This was to help them understand the most important concepts at Mindera: namely, Trust and Transparency, Joint Decision-Making with those impacted or interested, and Learning via Experiments.

We decided to start with a topic close to our hearts: “Office and Food.”

I was prepared for: “Oh! I bet they will all be quiet and wait for you to say what to do.” I had read and heard in countless places it would be hard to get everyone in the room talking and participating.

With the right approach—silence and post-it notes—we managed to generate fruitful ideas and discuss how to spend money for the office.

It was good also to clarify that decisions do have to be made, and we need to either compromise, or brainstorm new ideas. There is no boss to decide. click to tweet

This was particularly important because we had vegetarian and non-vegetarian people, each with very different views on office food. It was good also to clarify that decisions do have to be made, and we need to either compromise, or brainstorm new ideas. There is no boss to decide.

It was also good for them to understand we could spend whatever amount we wanted for the office, but it would have an impact on profit, and therefore on profit distributions that everyone knew were to be shared.

In the end, we were all amazed by the level of discussion and shared commitments. For me, as facilitator, it reinforced the idea that you just need to provide the right environment to harvest good outcomes.

Not everything was easy. In one case we stretched the rope too far.

I remember having a meeting with the internal operations team so they could understand the level of autonomy and responsibility they had.

I was giving what I believed was a motivating speech on how important and gratifying it would be to work as a full team of people from finance, personnel, legal even to the cleaning service and maintenance.

All this with the extra challenge that some only spoke and understood Tamil. I went back to my hotel very happy with the yeses and nods I got. (I should have known better by now…)

Next day, Raj (responsible for office facilities) did not show up in the office in the morning nor later in the day. We came to learn this big step was too much for the history and culture he had lived in until now.

We needed to take some steps back, respect each and everyone’s baggage, and move at a different pace.

Working as a team

We also had very gratifying moments. Preparing an open day at the beach house was a most rewarding project.

It made clear that we had a group of people capable of working as a team who could make decisions and make things happen. Different people took on the roles of printing t-shirts, preparing talks, getting snacks, inviting friends, posting job-ads and facilitating ice breakers.

All were successful efforts. We felt well rewarded that our branding had reached a little further, and we were able to recruit new people.

Nowadays, after many flights, patience and the right people, we are proud of what we have built in India. We have 36 people across Chennai and Bangalore. And the teams operate autonomously with no need of a manager, just as in offices we have elsewhere around the world.

It is amazing to see the sense of purpose and belonging increase every day—and that each with their unique skills is able to contribute to quality projects for our clients, plus invite friends to join, design an onboarding process, create events, and above all craft the Mindera culture in India.

Our journey is not over yet. But everyone is committed to growing the team and experimenting with new ideas!

This is a guest post from Luís Alberto Simões, Founder of Mindera, a company that builds high performance, resilient and scalable software systems to enable businesses across locations. For more information on Luís and the company, check out his rebel page.

Be sure to check out the comments on the original publication page. Featured Image added by Enlivening Edge Magazine. Image of Chennai Station by Vellupura from Pixabay