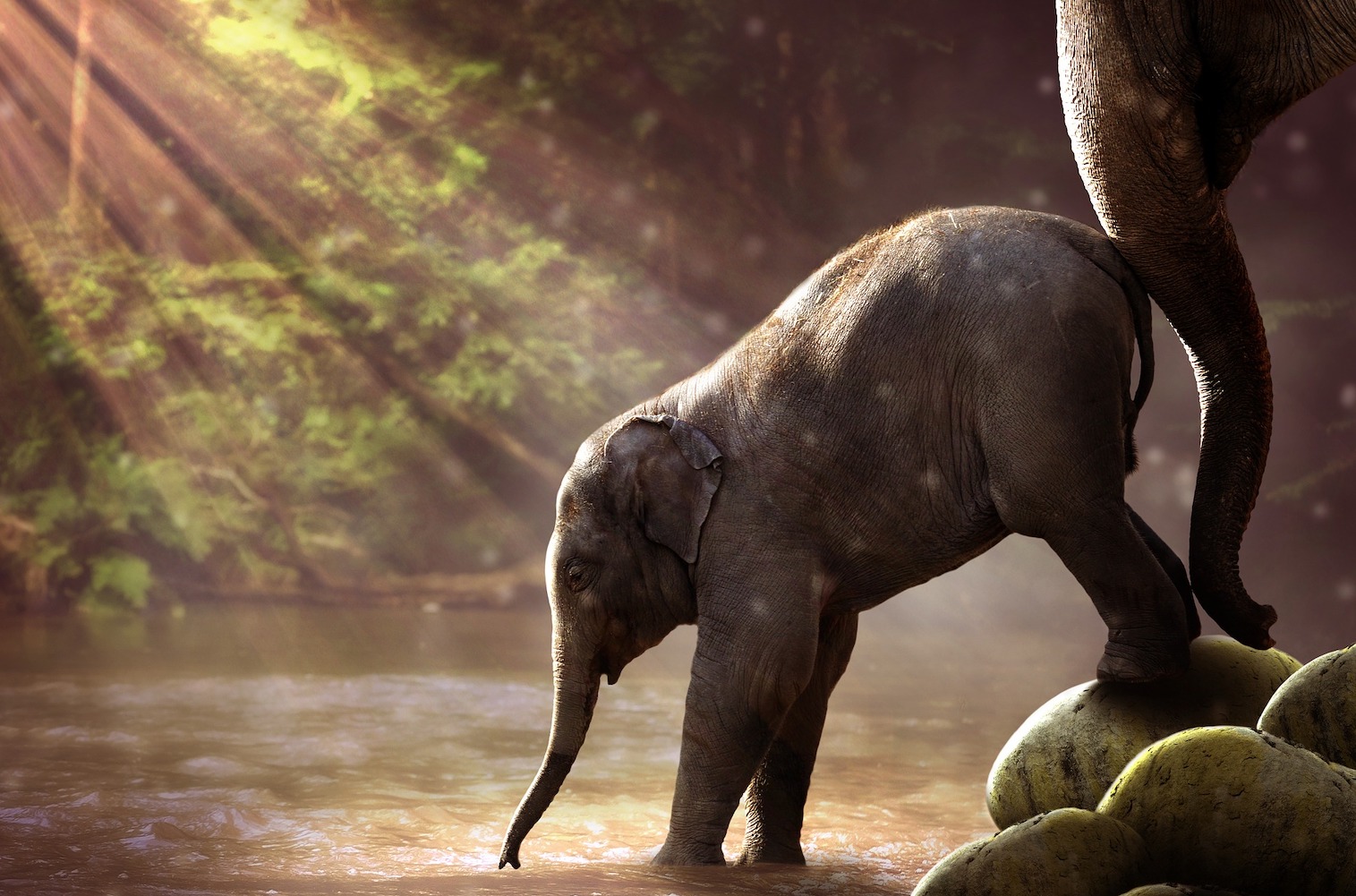 “The Holacracy model rocked my world.”

The David Allen Company (DAC), known for its revolutionary Getting Things Done (GTD) method, is a California-based global training and consulting company, and is widely considered the leading authority in the fields of organizational and personal productivity. In 2011, DAC decided to adopt Holacracy. Nearly 2 years later, CEO Mike Williams shares his experience of DAC’s journey with Holacracy in a conversation with Karilen Mays from HolacracyOne.Key highlights:

Let’s step back to where DAC was when the company was first introduced to Holacracy. What were you facing?

“From 2006 – 2010, DAC was going through a transition as a small company trying to grow. Around 2010 David Allen returned as CEO to help redefine its vision of success. Around the same time, he met Brian Robertson at a Conscious Capitalism conference. They immediately struck a chord with each other.

The idea that an “operational” organization system could help companies grow and succeed, similar to what GTD had done at the individual level, held great resonance for David. I think David saw within Holacracy a system that would allow people to have authority, make decisions, and act on their own accord to do what is right for the business and the customer — while clearly specifying that back into roles and accountabilities in order to help the company grow and achieve its purpose.

In 2011, David wanted to bring in a new leader for the organization, and he approached me. Having spent over 20 years in the healthcare industry with larger companies, I was then with General Electric and ready for a change. My ideal scenario was a smaller organization doing really good work. The fit seemed right. As we talked, David brought up Holacracy; it was so important to him that he baked it into my employment agreement.

In June 2011 we became a practicing Holacracy organization. I joined the company that September.”

What was it like learning to operate with Holacracy?

“I’ve been part of organizations on both sides of acquisitions. Once a company adopts Holacracy, it’s almost like being acquired by a different company. These new rules are not for everyone. You have to decide, are you in or out? Once you self-select in, you have to learn the game and become the best player you can be.”

Did you ever consider throwing out Holacracy?

“I signed on to fully explore Holacracy and to try to optimize its use within DAC. Do I have the authority to question its utilization and make recommendations that we should or should not continue to use it? Yes. But, there would have to be evidence that something was not working. This question has not yet weighed heavily on my mind.”

How has it been to shift from traditional ways of organizing to a Holacracy-powered environment with distributed authority?

“My contrast point in comparing Holacracy is what I was used to in other companies, which was probably similar to DAC prior to implementing Holacracy. You have a hierarchical chain of command. As the CEO you say something, reach down into the organization, and say in essence, ‘Make it so’”.

Contrasting before and after adopting Holacracy, there’s a bit of deprogramming you have to do to encourage people to step into their accountabilities. Many times they are used to the pattern of being told what to do, and they suddenly hear, “Now it’s up to you to consult, analyze, and execute — it’s your authority, and as a sensor of the company we expect that of you.” There’s a conscious change in behavior that needs to become less hidden and more explicit. There’s a transition period that people have to work through. Holacracy is very dependent upon having people in the right roles who are self-motivated and can act.”

How do you support the change to healthy behavior patterns in a Holacracy environment?

“We’re still learning. One of the things that Holacracy brings to the table is rhythm and structure. You show up and practice within a solid framework. Having the rhythm be consistent at every level of the organization removes a lot of thinking about the meeting, like how do we have it, what’s the purpose, and what’s the outcome. It simply becomes part of the cloth, part of the fabric.

You arrive at a governance meeting. Everyone knows the rules; they’re well-defined. Those patterns start leading people to study what’s in the structures.

You can use any tool in strategic or non-strategic ways. Holacracy is very much garbage in, garbage out. If you program it to focus on lower value-add stuff, then that is what you’ll achieve. If you focus on higher value stuff, then more meaningful actions and results will come out on the other end.

Recently, we reorganized our company using Holacracy. Originally, we were structured as departments. Over several months, it became clear that some natural value streams within our company were getting clogged up because of how they were structured. Work was not flowing. It was ping-ponging off the different departments.

We restructured our organization into three value streams with a clear customer at the end of each. We now use the structure to help push work through the value streams to get to the customer with fewer handoffs and touch points. Before, we had questions on who has authority on the profit and loss; now it is crystal clear.

We changed the structure, yet the meta-framework never changed. When we implemented the new structure, many people changed circles and roles, and some of the people around them changed too, but the rhythm stayed the same. We did the re-org over two weeks with the input of the whole team. Everyone could integrate tensions. Done.

With that kind of restructuring in a ‘command-and-control’ organization, it takes longer. You have more politics. Holacracy brings less politics to the conversation because the rules define the process and people’s objections can be heard and integrated.”

How does the Holacracy Constitution show up?

“It’s a good starting point and it defines the rules of the game. It gives you something to react to, to question, to lean on, something for you to point to and say ‘I understand this’ or ‘I have a question about this’.

If I were to critique it, there is too much legalese and it could be in simpler language. I think using clear, simple language serves all legal documents, not just the Holacracy Constitution. It would make it more accessible.

Another useful reference point is GlassFrog. GlassFrog has continued to evolve. My roles and accountabilities are clearly laid out there in simple language, and that helps with the practice.”

What can you say about metrics in Holacracy?

“Metrics, coming from GE and that kind of world, are an output of a process. You have different processes within the work that you do which have inputs and outputs.

With Holacracy, you can still project dates or deadlines, but it’s done less from a predict-and-control perspective, and it’s not hard-coded.

Holacracy drives you into the DNA of what makes up a metric. The hidden part is workflow, which doesn’t necessarily jump out in a meeting. I think it’s a fabric that you have to weave together. We’re currently trying to get more clarity on our workflow and the metrics that flow from it.”

What about high-level markers of organizational performance?

“We have about 50 people. Under the GCC we have four circles, and I mentioned the three main value streams.

Some of what I’m looking at, from the overall tone of our business, is an increase in the quality and accuracy of our conversations since we have clear and accurate financial information to work with, and clear authority of who owns that information. The fact that the sub-circle Lead Links in the GCC have this visibility takes a whole level of noise out of the system.

I put four high-level markers in place as a result of the re-org:

Then we start back at the top. Hopefully fulfillment feeds back into lead generation. Those are four fundamental pieces of business. In a world where we have a bazillion things we can measure, we are measuring the critical few, and currently advancing our organization to understand the front end (lead generation and lead conversion) at a high level.”

What about onboarding? Does Holacracy affect that?

“Before ‘onboarding’ comes the hiring process – probably one of the most critical processes of the business. A good hire will bring good results to the business and a bad hire, frankly, is costly. It is so important to make sure we have the right selection criteria.

We worked to identify key competencies in individuals to help determine if they are a good fit for the organization. We defined ten of them that we use in our interview process. This is helping us bring people into the company who are a better fit.

With respect to the onboarding, we have an onboarding procedure that introduces people to Holacracy – the basics. The real work begins in the tactical and governance meetings. We also have an ongoing group where we share learning and questions. We’ve had situations where tensions could have been resolved through the normal course of business, but people were not showing up at meetings. This goes back to the notion of being acquired by an organization and the different rules. You have to re-enlist.”

What else is there beyond meetings?

“The work of the organization actually gets done with the individual — on what we call in the GTD methodology the runway level. Someone has to choose to do the action. When you hop up into a tactical meeting, you integrate as a team. What I really like about Holacracy is that it brings the structure to the team intersection level, and institutes a rhythm where people can recalibrate and then have that inform their own work. Ideally. When that works, it works well.

It can run astray if people forget about the work, and just play the game of Holacracy. You can show up and throw anything into the system and take time processing it. I hope people bring high quality input into the system, so we can move the key things forward for the business.

For me, it all comes back down to integrating the individual work. The structure of the tactical meeting is beautiful, and you can fine-tune and adjust along the way. Similar to a trek through the wilderness, the tactical meeting helps ensure that we don’t get too far off course.”

Can you say more about what results Holacracy has helped you and the organization realize?

“Our answer is a work in progress. We’ve improved our focus. We’ve increased our transparency.

I mentioned how we restructured the company. Holacracy made that a very smooth process. As a result of that change, we increased our visibility to key company information and metrics. The change to this new form is raising new questions around growth, underlying business assumptions, revenue and costs. It also pushed the answer to these questions further down into the organization. I view the increase in questions and pushing the decision-making authority down as positive markers. Since our change, we’ve reduced some expenses. We’re still working on improving our top line numbers.”

“The GTD method and Holacracy borrow on a lot of the core principles and good behaviors.

In GTD methodology, we have the five phases of work.

The ideal state for me would be that people are always trying to choose the highest value thing for themselves and the business, and let these structures help in that decision-making process.”