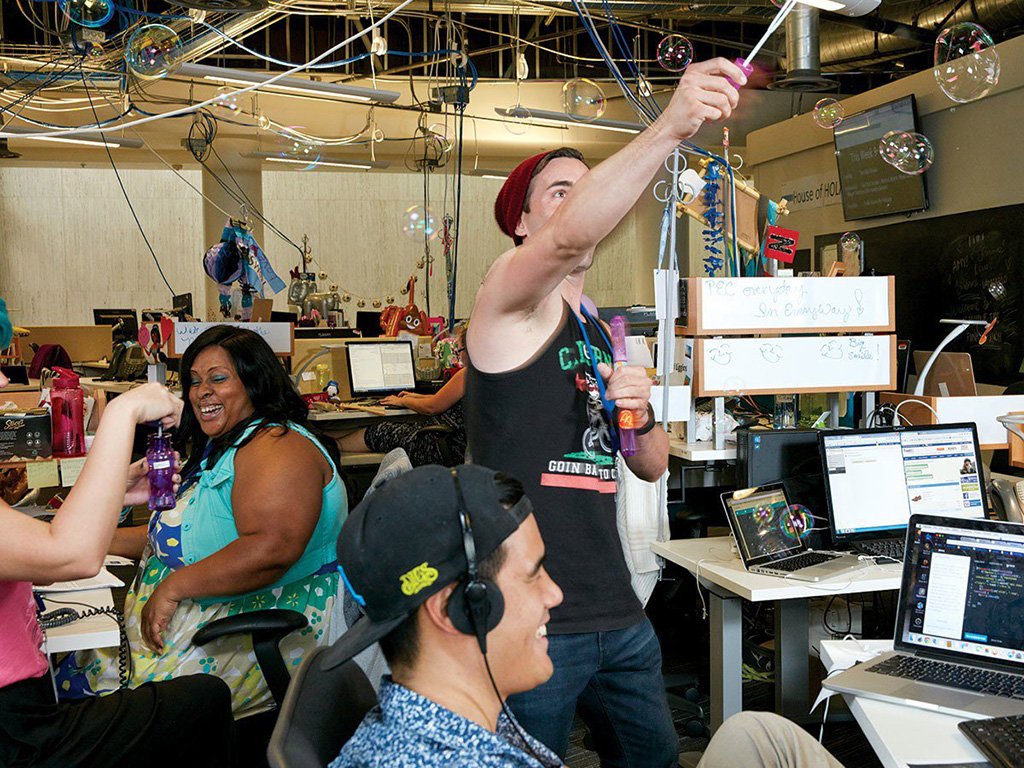 The article First, Let’s Get Rid of All the Bosses: a radical experiment at Zappos to end the office workplace as we know it by Rodger D. Hodge, which appeared in the newrepublic.com is an in-depth exploration of the self-organizational and emerging Teal culture at the American online apparel retailer. ts a picture of a fun-loving and purposeful company seeking to adapt to a new, exciting and yet also potentially challenging way of working using self-management and Holacracy.

Tony Hsieh, the CEO of Zappos, is not your average boss of a large organization. He lives in a trailer park in downtown Las Vegas in a 22-foot Airstream called “Llamalopolis.” Driven by a desire to recreate the same sense of connection and tribal identification as he had found at raves and festivals, Hsieh took on the role of CEO at Zappos in 2000 wanting to make the company culture as positive and caring and fun as possible.

Hsieh is not afraid of organisational upheaval when he believes in its necessity for a greater purpose.

This conviction has seen him move the company from San Francisco to downtown Las Vegas, requiring the regeneration of an entire area. His latest restructuring has been inspired by Frederic Laloux’s Reinventing Organizations and comes in the form of implementing the organisational operating system called Holacracy.

The article explores theoretical underpinnings of the Zappos’ Teal transition using Holacracy. It evokes the positive aspects and the difficulties experienced in this journey and gives fascinating, frank, and revealing insights into the various employee perspectives: from those who advocate the changes to those took Hsieh’s now-famous offer to leave if they weren’t happy with the new ways of working.

All in all, it’s a very transparent glance into the high stakes project underway at Zappos which under Hsieh seeks not only to reinvent itself but to forge the way into reinventing the very nature of corporations.

To read the article go to https://newrepublic.com/article/122965/can-billion-dollar-corporation-zappos-be-self-organized