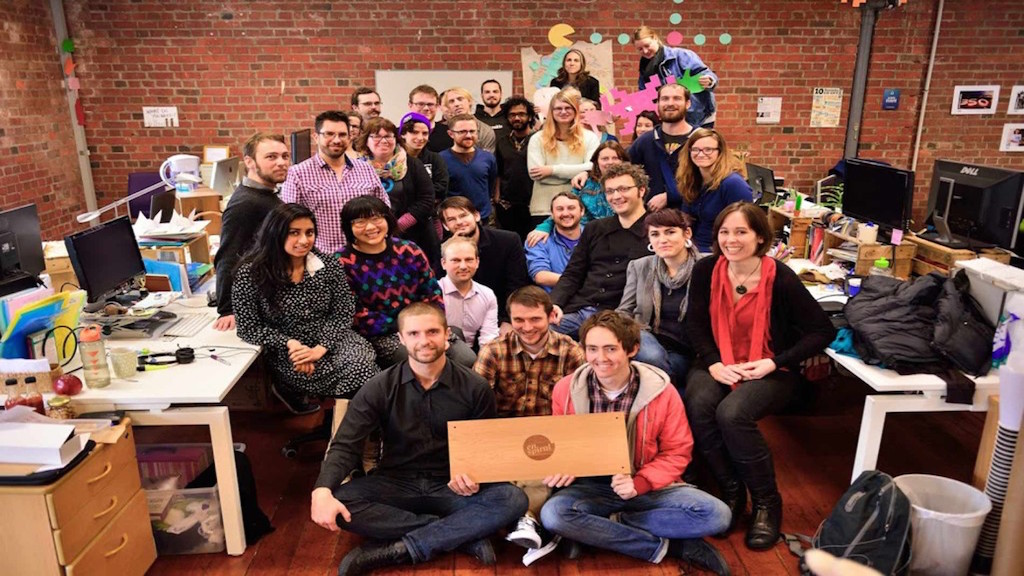 Enspiral is a network of 300 entrepreneurs. We loosely align around the idea that more people working on stuff that matters can make a dent in the universe. A lot of the people in the network are focused on systemic issues and on making systemic change.

We use the tools of business to create positive social impact, largely through the development of software. There are 15 ventures in the Enspiral ecosystem, tackling a range of problems, from the dark side of food systems to the under-representation of people in decisions that affect them. There is also a large number of freelancers. So far so interesting, right? But the secret sauce of Enspiral is not that it uses business to solve problems. What is more interesting, is that we are testing and iterating different methodologies around participation, openness, and absence of hierarchy.

I first encountered these principles of openness, autonomy, and equality when I quit my government job. I had become someone who counted down the minutes till the end of the day. This government job was colouring my perception of work—stretching out into the future as an endless slog to appear interested (and to stay in the building). It was not a place for creativity, autonomy, happiness, or really getting to know the humans I was around every day.

Enter Enspiral and the world of boundless opportunities, no rules, and a practice of prioritising people and relationships. It wasn’t only the work that was interesting, it was the way these entrepreneurs were working, that had me determined to stick around.

For the first year I was quite confused. You can’t magically let go all of behaviours learnt in a hierarchical work environment and a patriarchal society, where posturing to impress someone senior to you is a mode of survival. But by learning from people exercising the behaviours that are the bedrock of working participatorily, it became easier.

Like many bold movements and communities, Enspiral has its fair share of brilliant thinkers and brilliant entrepreneurs. Another interesting phenomenon is the representation from corporate and Silicon Valley refugees.

All of us wanted a community and a way of working that prioritised freedom and people.

At Enspiral we want people to focus their energies on what is most meaningful to them. An example of how we do this is Cobudget, an app we’ve built to let people propose projects they think are valuable. Via Cobudget they raise funds from the commons of Enspiral in order to deliver their project. In the workshops, we’ll explore how this is done.

We’ll also talk about our commitment to open-sourcing everything, and the vital cultural technology which underlies the (beautiful) madness.

It’s not all hugs and revelations. There has been fall-out from working in such a new and experimental way. The Enspiral Labs workshop tour will delve into the experiments we’ve been running, and share what hasn’t worked as well as what has.

You can purchase a ticket for a workshop in Berlin, Stockholm, Copenhagen, London, Amsterdam, Brussels, or Budapest here.

Read more on Enspiral Tales and watch the video about how it works. Kate Beecroft brings ideas into the world. She is foremost a doer, and works with her co-founders Joshua Vial, Susan Basterfield, and Damian Sligo-Green at Enspiral Labs, launching products for people and for the good of the commons. She is also a programme designer and facilitator. She believes that more people working on stuff that matters—in an open and participatory way—can change the tide of history.