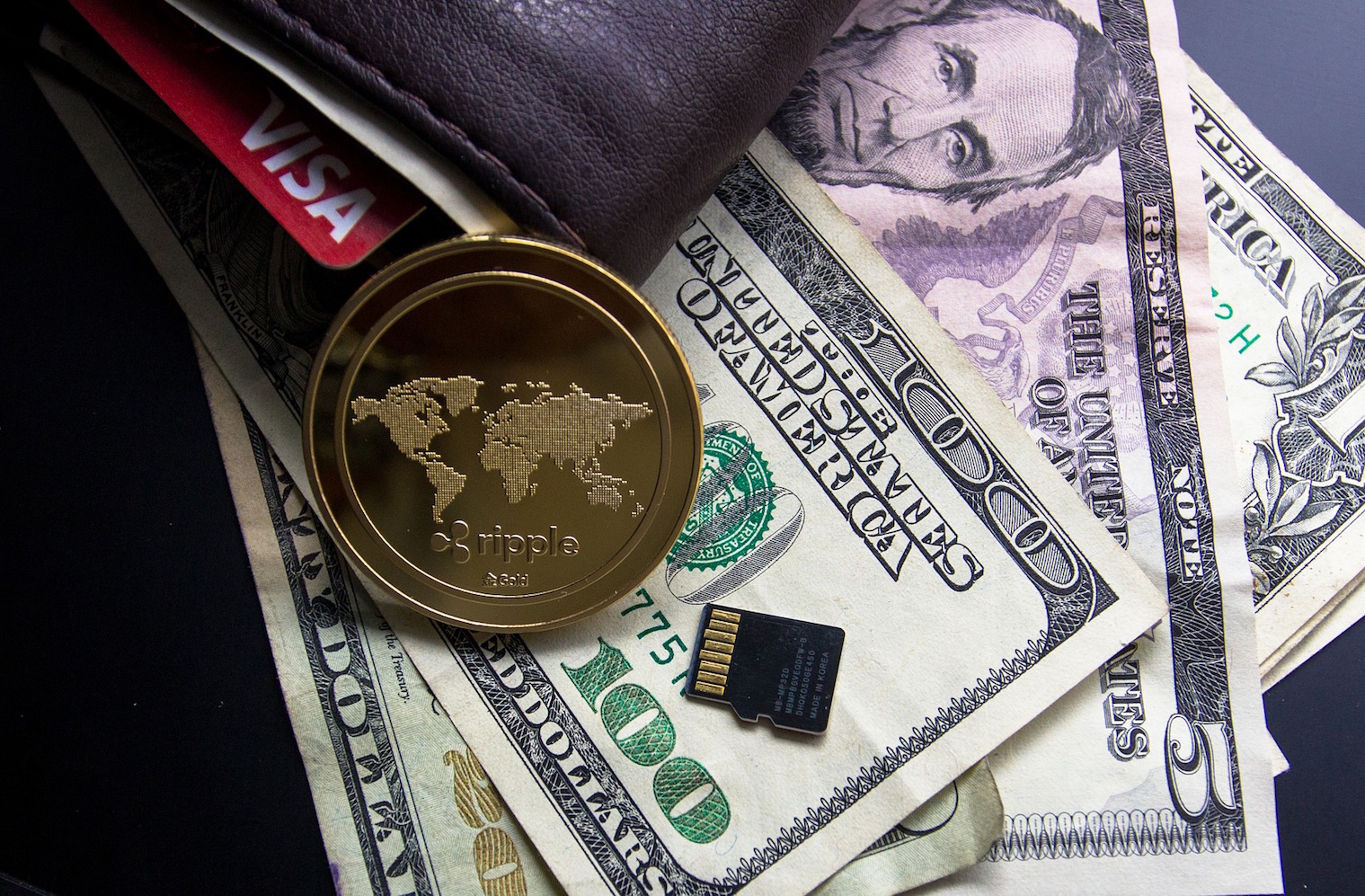 By Dick Bryan and Akseli Virtanen and originally published in econaut at medium.com

In amongst all the excitement about blockchain and fortunes being won and lost from coin issuances built on blockchain, there seems to be a neglect of the economic significance of its innovation.

In one dimension crypto companies are emerging as a growing sector of the conventionally conceived economy, generating employment and attracting mobile capital in search of high risk/high return investment possibilities.

But the crypto economy is not just another tech sector. It is a different way of doing the economy.

Why is the time of crypto economy now?

The emergence of a crypto economy has been dependent most obviously on the innovation of bitcoin and distributed ledger technology, including the preceding and associated programming and computational innovations, starting from public key cryptography. But it is essential to see crypto economy in relation to the history of economy and finance too.

There has been a breakdown in a number of other conventional knowledges, conventions and practices that, in combination, create the actual conditions for the emergence of a crypto economy now.

What are the breakdowns in economic conventions?

Below some of these developments (we aim to talk about each a little bit more detail in the series of posts here soon).

1. Debt and equity. A breakdown of the distinction between debt and equity (convertible bonds, preference shares, total return swaps) opens up new ways of thinking about funding investment. Token issuance provides funding that is neither debt nor equity, albeit having some elements of each.

3. Conversion to fiat money. Following, for traders, fiat money appears as a necessary, but costly, conversion point: something they have to ‘pass through’ as they shift from one asset to another. Tokens enable trade to ‘bypass’ fiat money measurement.

4. Nature of assets. The rise of ‘intangibles’ as an asset class which is now the predominant asset of most of the world’s largest companies creates a problem for corporate accounting, for these assets cannot readily be valued. Blockchain-based assets are, in this sense, no different from conventional ‘intangible’ assets.

6. Rationale of the production. Concern for the social responsibility of corporations, especially around environmental and human rights concerns, is being met by new modes of monitoring, moderating corporate decisions but never challenging the ontological primacy of profit-making as the goal of corporations. Programmable organizations enable production to be organized in a way that makes social criteria the rationale for production; not a constraint on it.

7. Distribution of risk. Changes in the nature of work (precarization, casualization, subcontracting, the rise of the gig economy) see workers carrying greater risks and break down the attachment of work and living standards to employment. There is growing interest in alternative ways of organizing work.

8. Trust in traditional financial instruments. The Global Financial Crisis of 2007–2008 created an economic environment of mistrust in conventional banking. Further, Quantitative Easing leaves on-going uncertainty about the stability in value of treasury bonds. New modes of financial trust look more appealing in the aftermath of these developments.

What are the key features of the emerging crypto economy?

There is a potentially transformed economic role of the state. Some involved in blockchain talk of an economy run by protocols, without the need for a state. That is simplistic, for blockchain and coin issuance are contingent on many state capacitates which cannot be replicated in crypto-order at the moment; not least the enforcement of contracts and property ownership and macroeconomic management.

Record keeping and clearing houses for transactions no longer require the hand of the state. A crypto economy offers economic relations that are not directly mediated by the state, opening possibilities for economic organization that do not comply with the state’s conception of economic order. To the extent that the state is not conspicuous, the crypto economy needs to focus on its own modes of governance. There should be no notion that a crypto economy is intrinsically harmonious and in balance.

Beyond the issues of the detachment of money from provisioning by the states (and banks associated with fiat currency issuance), the change in money has further meaning. In discussion of cryptotokens — recently especially in relation to bitcoin — there is a focus on its role as a means of exchange.

Critics point out that its value is volatile (but who chooses the benchmark of ‘stability’?). They also point out that bitcoin is not widely used as a means of exchange. Some even announce it as a doomed currency on this point alone. But money is not simply means of exchange: its other critical functions are store of value and unit of account.

Cryptotokens are not yet strong stores of value, in part because of volatility, but also because their connection to other modes of storing value are yet to develop. When, for example, crypto companies are accessed by investment banks and pension funds as a distinct asset class (via listing on the NASDAQ or by a broadening of the vision of, and legal constraints on, investment bankers as to what constitutes an ‘alternative’ asset class), the role of store of value will be differently framed.

But the real potential is cryptocurrencies as units of account: as modes of measuring economic activity that are conceived differently from those intrinsic to fiat money.

Fiat money has become tied to conventional framings of profit and loss, income and expenditure, and a market-centred calculus. Non-fiat monies have the potential for developing new ways to calculate economic activity; ways that represent different social and economic values, and measure performance by criteria other than profit.

Think about it for a moment. The unit of account potential signals the importance of the crypto economy developing ways (not a singular way, but coin-specific ways) of accounting and measuring the activities supported by each token. We see this as central to giving tokens a material basis in the crypto economy; not just leaving them as speculative stores of value.

Trade: Cryptographically enabled distributed information systems enable peer-to-peer trade which is seen to be fast, low cost, and open up processes of exchange between people/institutions who would not hitherto have seen themselves in economic association.

For some, especially followers of libertarian economics, the capacity to exchange (trade) is an intrinsic virtue: the ability of people/organizations to freely associate for mutual gain. Blockchain certainly complies with this political vision.

But exchange is often between parties of unequal power, so mutual gain cannot be presumed. An important issue of the crypto economy is how blockchain can and cannot countermand asymmetrical power in trade. We see blockchain not facilitating frictionless markets but rather frictionless capital: distributed capital.

Networks: Much is written in organizational studies about networked relations, the increasingly fluid boundaries between different organizations (firms) and changing relations of workers and firms.

It is clear that networks are breaking down conventional ideas of organizations and ownership (eg. of intellectual property) and of ‘employment’.

For some, this challenge leads back to the idea of our known organizations as synthetic amalgamations that overcome the inefficiencies of individual contracting. They contend that, via networks, we are seeing a resurgence of the efficiency of individual contracts. We see networking opening new possibilities of co-operation and possibilities for risking and speculating together.

from the potential of cryptocurrencies as units of account different from the state’s fiat currency and the possible re-framing of networks as the emergent mode of organization comes the possibility of re-thinking what we understand by production:

what are the social units that produce; how production is measured as a social contribution, and how output is distributed/accessed/owned. Re-defining and re-measuring production provides the material basis of the crypto economy; a basis that gives crypto-tokens a long-term future as the currency of an alternative economic logic. A different way of doing the economy.

The economic space we need to discuss in relation to the crypto economy is nothing short of imaging and engineering an alternative, post capitalist mode of organizing and calculating that sits in parallel with the conventionally-conceived economy.

That’s a big claim. It announces new economic possibilities that, while not entirely novel in their vision, are wildly new in the conception of their reach and mode of organization. The rise of joint stock company and stock markets in 1840s transformed capitalism. A whole new mode of production, capture and distribution of value was born.

We think we are now at a turning point of similar significance. The new network technologies will produce a radically different economy. How value is created, captured and distributed, what is money, how people relate to production, are changing as radically as the first generation internet changed the way we communicate and relate to the presence of others on the information level.

Bridges to Our Future Visible from EE Magazine August 2021

How Do Organizations Enliven the City?