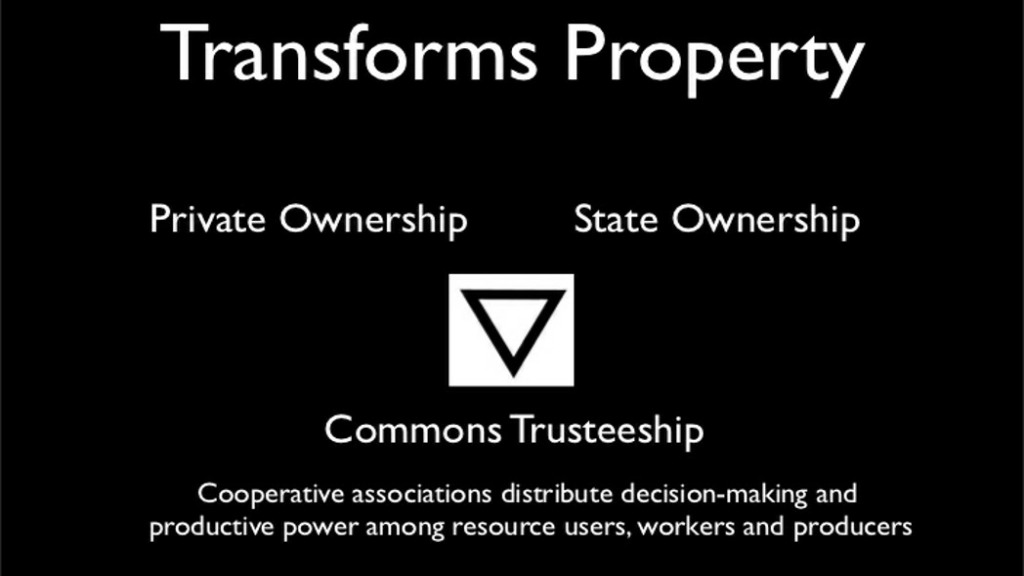 The Tealing of Money, Part 3: Ownership, Stewardship, and the Planetary Commons

By Jon Freeman for Enlivening Edge

Part 1 of this series is here, and Part 2 is here. The “Tealing of Money” is, for me, synonymous with Reinventing Capitalism. The same questions arise as with organisations. How do we create wholeness?  What supports self-management and healthy self-organising economy?  Even money has an evolutionary purpose, but what forms of exchange will facilitate the next stage of human emergence? Organisations cannot evolve fully while trapped in a dysfunctional financial structure. Reinventing Organisations and Reinventing Capitalism are connected.

I closed Part 2 of this series with a discussion of capital, broadening that word to mean more than money, and extending it into social capital, environmental capital, human and spiritual capital, as others have done. Our future wholeness will require that we understand the varied ways in which we invest energy, the many agents who make such investments, and how all these may relate to the sharing of benefits. In this article I would like to extend the conversation about ownership and explore the ways in which capital, investment, ownership, and distribution might reflect our values.

We live with our history. Since the time that agriculture replaced nomadic herdsman and hunter-gatherers, humans have fenced land and claimed ownership. Our aristocracies owned lots of it, and in many countries, still do, even though it is an absurd and arrogant notion that land can be “owned”. Everything that any of us have is, when you boil it down, on loan from God or the Universe. Any sense of ownership should also bring a responsibility for stewardship and a duty of care. The best of the aristocracy understood this within a healthy Blue/Amber values system.

As industrial economies came to replace craft shops, external “ownership” of the means of production became possible. The benefit of such technical inventiveness was the creation of scale. The downside was to perpetuate loss of freedom by replacing feudal serfdom with wage-slavery and craft guilds with factories, creating the problems of inequity of both power and reward that Marxists in particular have fought against for 150 years. But even industrial empires come and go. Coal was once king, but today as I write, the USA’s largest coal company has filed for Chapter 11 bankruptcy.

Life changes and values change. The awareness that we are failing to use our capital wisely, in any of its forms, has penetrated the consciousness of many people. The crowd is not yet wise, but its old certainties are crumbling little by little, bringing at first more fear, not less. We see immediately that we could lose what we have. We are more aware of the material world and money capital than of the more subtle or intangible ones—social, environmental, spiritual, intellectual, artistic, and health capitals. (See Part 1 for a discussion of these.)

The Orange system that most of us live within narrows our attention toward material losses. People are afraid of losing money. But we might also lose through stress, alienation, failing care, societal fragmentation, and environmental destruction. Yet, paradoxically, what we lose in material terms we might gain in happiness. We all know that on the Human Happiness index, Bhutan is well ahead of the pack, right?

As values change, the concept of ownership changes too. In the past it changed from being what I or my army can defend, to what I can show legal title to. Sometimes the latter may be as flimsy as someone’s signature on a piece of paper. It was always open to exploitation. The more we place value on intangibles, the harder this gets. The notion of copyright attempts to place ownership on an idea, or at least on the expression of an idea. The concept of patents extends that into the realm of practical and scientific knowledge: I can own the “how” of an idea.

The rise of the Green worldview placed value on people, on how we care for each other. Many countries made that a governmental responsibility. You might argue that Orange humans outsourced care, creating a split that inhabits our political realm very deeply. And while I cannot copyright or patent Jon Freeman, we can speak of human rights, and attempt to codify the self-evident truth of my inalienable right to life, liberty and the pursuit of happiness. To that degree I own myself, in theory.

As Second Tier approaches, our awareness of the whole living system means that we may attempt to secure rights on behalf of other species. Similarly, we attempted to value the environment through carbon credits. Social and spiritual capital add even more intangibility, perhaps placing these in the realm of the collective commons. And yet the intangibility relates to that which is not material (in the way that money appears to be) but which we are nevertheless very conscious of. We know when society is not functioning well, when our elder care is failing, and when stress is a major issue for individuals and organisations alike.

New boundaries are being drawn around the idea of private ownership but we still have some way to go before we can formulate or agree a new way to balance risk, effort, inventiveness, reward, ability, need, care, ownership, and inheritance. There are some good models, but so far I have not seen one which is comprehensive in relation to all stages of human value systems. There are basic human motivation systems which are not limited to the desire for personal aggrandisement or conspicuous consumption. There is the desire to build for one’s family and future. There are human impulses to create big projects.

Some will claim that in the end, intrinsic motivation—the desire to do to the full whatever fulfils us—will be more important than any other reward system. Rooney and Ronaldo will work to develop their skills regardless of money, and our entrepreneurial whizz-kids would stop aspiring to their Google-emulating Pink Unicorn fortunes. That might be true but it is not yet proven, and even if it were proven, no one has yet designed a means by which we transition to these utopian ideals. People are as they are.

The conversation we’re not having

The ideas I am presenting here might sound theoretical, but they have very practical consequences. Right now the main consequence is confusion.

There is no collective agreement about how the world of money needs to work. We know that the old one is breaking down, but not how to fix it. We know that wholeness is not present.

The collective is increasingly experiencing tension as values and actualities fail to match; it is unhappy with the 1% scenario but not sufficiently so to take to the streets. If things get worse, that could change, but for now the crowd is fairly quiet.

The Spiral Dynamics change-state model would tell us that as tensions increase without visible means of resolving them, or when those means are blocked, the pent-up energy increases. Breakouts and revolutions become more likely. However, we know that revolutions can be destructive, and that they often lead first to destroying what we don’t want, but with no guarantee of then creating what we do want.

In such conditions, the wisdom of the crowd has been to act on its awareness that the status quo is unacceptable. If we want an outcome that is not destructive, we need a constructive path for the awareness and energy to move into. There are many pieces of potential solutions in existence, and you might well be an activist in one or other of these areas. It might be that we can trust that all of these pieces of the puzzle will emerge together into coherence. However, history has not been strong in evidencing bloodless revolutions, nor has it been good at preventing the breakout energy from being usurped by Red-Blue power and control.

So I am not that trusting. I suggest that we might need a more convincing framework in place, a path for the energy and awareness to follow that is not purely destructive. The crowd is, at best, only as wise as the information that it has available to it. Left in the dark, its fears, several of which I listed in Part 2, are likely to rule, such that societal descent into Beige survival mode, Purple us-vs-them tribalism, or Red power battles are increasingly likely.

When not in fear, people act for the best and demonstrate their huge capacity for care and compassion. That demands the visible presence of an alternative to the fear; it requires creativity, leadership and vision. The Spiral Wizards and the Really Heally Teally (my invention–unlikely to catch on, I suspect) should be the ones with the consciousness to pull that together. It will take a collective. It will take those on the enlivening edge, and will demand our exterior practicality, not just our enlightened interiors.

So what’s your awareness?  Do you have fears, or do your fears have you?  Where are you in the journey to potential solutions?

I am working on a proposal for how such an architecture might be developed/crowdsourced. If you are interested to connect with this please e-mail [email protected]

I have also developed programs to work on the personal issues listed in Part 2. If you are interested to know more please e-mail [email protected]

Jon Freeman is a strategic thinker and consultant specializing in systemic organizational redesign in support of conscious, values-led and purpose-driven culture change. He is also a Spiral Dynamics trainer and practitioner, and author of Reinventing Capitalism: How we broke money and how we fix it, from inside and out. 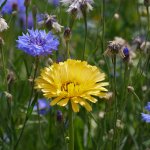 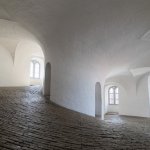 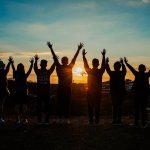 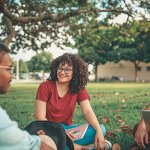